There is something I find appealing with traditional horror from Japan, loads of my favourite scares have come from that culture.  The mix of Japanese folklore, with the vulnerability of youth is  something which absolutely petrifies me. Yomawari: Midnight Shadows is a horror game which ticks all the boxes for me and is a follow up to the cult horror favourite Yomawari: Night Alone released in 2014 for the Vita.

The game is deliciously retro with a nice detailed 2D art style. Mostly played from a isometric style view there are a few instances of side on action, but this is resolutely not a platformer. The action here is super slow and deliberate with the two main characters purposely limited to a vulnerable walking speed, or a highly limited run. 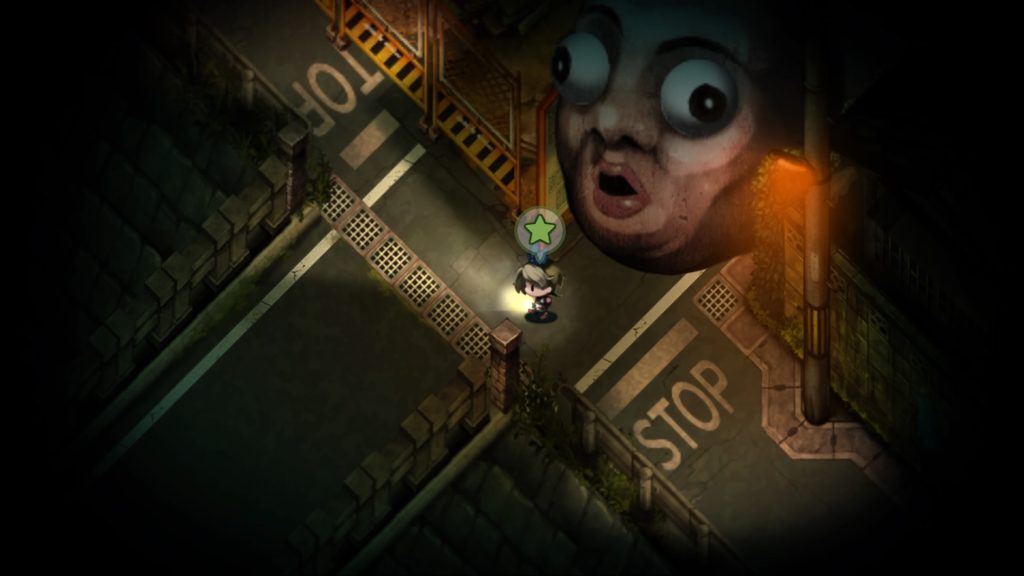 Immersion into the world of Yomawari is everything and before the game starts proper you are asked to play the game in a dark room and focus solely on the screen.  The story being told is the tale of two school girls finding their way home after watching some fireworks.  As they set off together though they bump into a monstrous creature and get separated.  This sets the tone for the game and control is passed between the two characters on a level by level basis.

The game is claustrophobic with a lot of the screen given over to the pitch black shadows. As you wander around the map you have a torch which can be controlled with the right stick, this allows you to probe the oppressive dark and find your way forward. It is a great effect which really gives the game a great scary vibe. The fear of the unknown is one of Yomawari’s strengths. 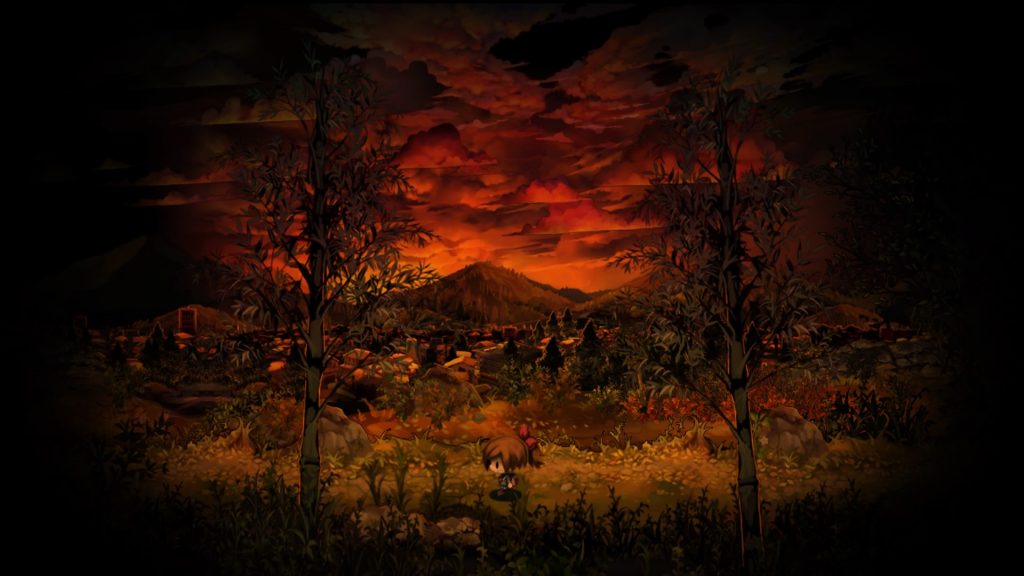 There is some excellent art design on display here an none moreso than in the enemies. These are repulsive but also compelling. They reminded me of some of the stuff you’d see in Studio Ghibli movies, and this is a great strength of the game.

The moment to moment gameplay sees you slowly walking through the town avoiding the enemies. With no offensive actions you are limited to hiding behind bushes and signs to avoid the monsters. When you do hide the screen zooms into your location and the monsters are only vaguely shown as red blurs in the screen. It is a nice effect which helps to emphasise your vulnerability in a terrifying way.

Other than avoiding enemies you’ll be traipsing round town in an almost lost way. This game doesn’t hold your hand at all and there is a startling lack of any kind of instructions or explanation. This lack of guiding adds to the sense of terror but does make the game frustrating to understand. 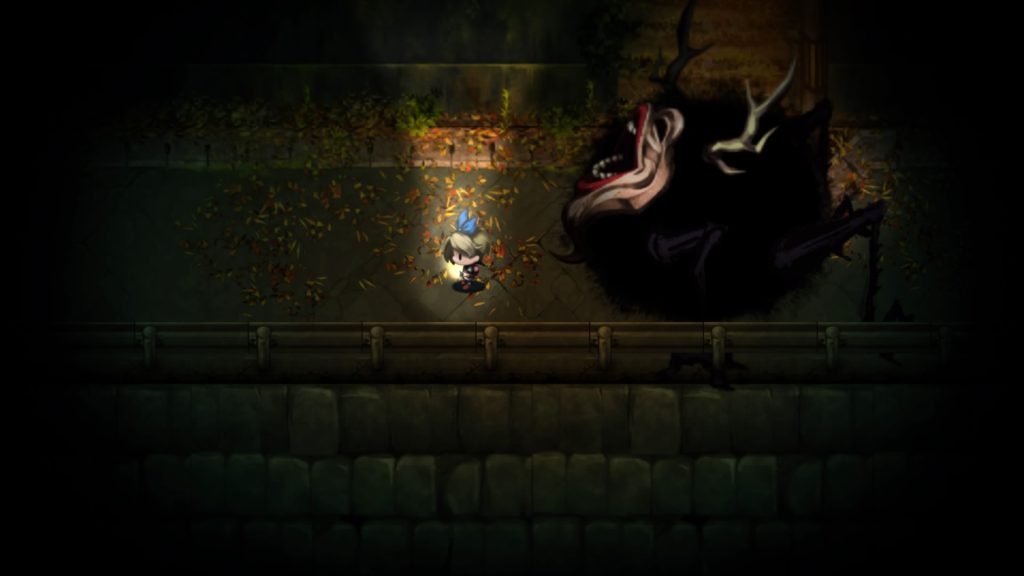 Adding to this frustration is the way the monsters will kill you instantly and often will materialize out of thin air to do so. This instant death situation isn’t helped by the sporadic saving system, you can only save at set locations if you first pay the coin toll. These mechanics certainly ramp the tension up, but make the game less enjoyable to actually play.

The town in Yomawari: Midnight Shadows is a small scale open world, isn’t everything the days, and your base of operations is your house. Each chapter will see you exploring further afield from the safety of your house, retreading your earlier excursions as you go. As the game progresses previously locked routes will open up allowing for alternative routes, but there remains an over reliance on backtracking here. 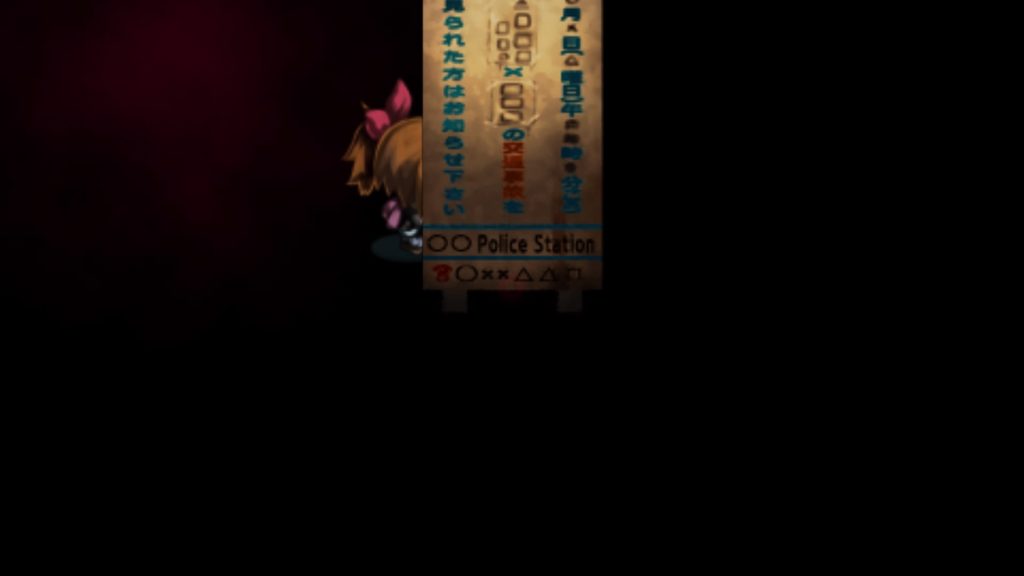 The majority of the scares come from that old staple the jump scare. This is great for making you terrified, but also feels a little cheap. These jump scares are facilitated through the quiet nature of the musical score, there is barely any music, and the only sound effects being the creepy organic stuff of heartbeats and creaks. Within the first half hour I’d been roundly scared out of my wits, which is exactly what I’d come here for.

Overall then Yomawari: Midnight Shadows is a terrifying game with a claustrophobic and oppressive atmosphere. Whilst the moment to moment gameplay may be repetitive the overall style of the game does more than enough to drag you in.  If you’re looking for a real fright then this could be the game for you.

Yomawari: Midnight Shadows
7 Overall
Pros
+ Really terrifying atmosphere.
+ Wonderful enemy design.
+ Interesting story.
Cons
- There is a fair bit of repetition.
- The scares are mostly of the cheap jump variety.
- The game doesn't explain itself much, if at all.
- Saving system and instant death mechanics do frustrate.
Summary
Yomawari: Midnight Shadows is a terrifying game with a claustrophobic and oppressive atmosphere. Whilst the moment to moment gameplay may be repetitive the overall style of the game does more than enough to drag you in. If you're looking for a real fright then this could be the game for you.