Rallying might be the most intense test of any driver outside of Le Mans and, with Kylotonn continuing to bring the World Rally Championship to our consoles, we can experience a small piece of that life from the comfort of our living room. Is the long-running series starting to show it’s age, or is there life under the hood? 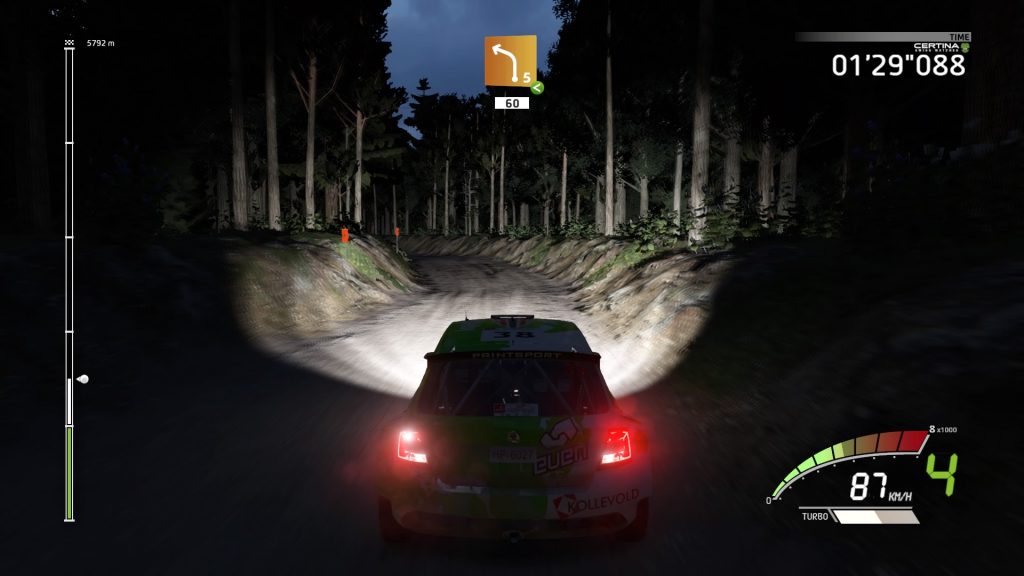 Much like last year’s game, the stages look a little rugged but the lighting does it’s damnedest to give each stage some scenic beauty. There’s plenty of track-side detail and each stage has a great sense of place. The variety on offer of surfaces and locales is proof that the license is put to good use. The cars, as usual have more attention given to them. The full 2017 grid is represented with WRC2 and Junior WRC included. Changeable weather adds some further challenge to the racing and the effects are well-rendered with puddles forming and reflections looking great on tarmac surfaces.

Sound impresses with each car bellowing and barking from their exhausts. Slides sound like they move the surface under your tires and tunnels have a convincing echo to them. The spectators may be static but they do provide plenty of noise and help give each event a hectic atmosphere. Your co-driver doesn’t sound like he’s in the car with you but he does provide some urgency to his notes. For the most part, his calls are good, although there’s some curious omissions from the lingo. He will never tell you of incoming dips, for instance. A lot of it will relate to corner types and potential hazards. The advanced setting provides more detail in the way that a corner once described as ‘5’ now could be ‘6’ or ‘7’. It’s not entirely there. 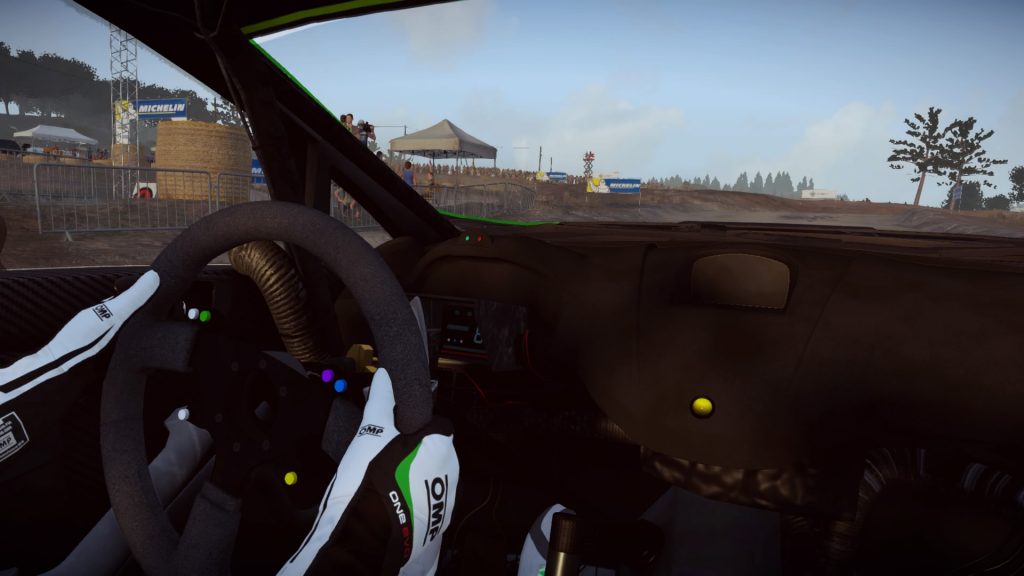 WRC 7 is no simulation. Handling is accommodating for new players with slides being simple to control and execute. Options for assists are limited with only transmission types, steering and braking help on offer. It’s firmly planted in an arcade camp, although there’s authenticity in other areas. You can tinker with pace notes in terms of detail and timing and have access to a smorgasbord of car setups. There’s mechanical damage on offer, although the damage model looks cosmetic whichever option you pick. You can really smack any vehicle about and it doesn’t seem to mind. Lord knows I’ve tried. It’s almost consequence free. Penalties provide adequate punishment for misdemeanour and the obvious time lost for going off track.

For as forgiving as this game can be, I’m having fun. The differing surfaces add their own changes to have the car handles. Loose gravel results in the car sliding further whilst mud allows the tires to have a little more bite. Finland’s infamous jumps are fun to attack and charging through Corsica’s winding roads is exhilarating. 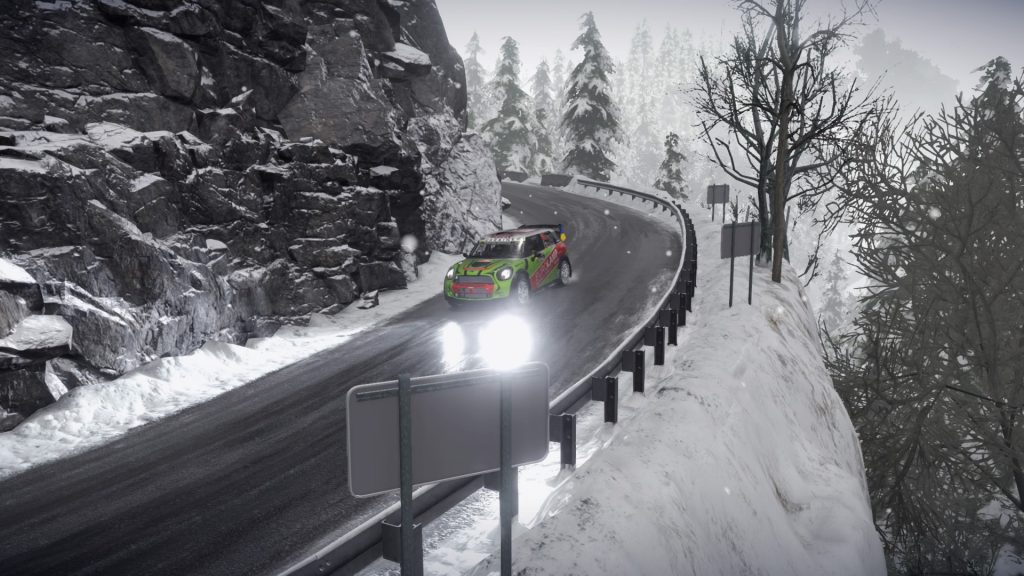 You’re given plenty of ways to play WRC 7. You have single-player standards like stand-alone rallies and the career mode. The latter taking you through from the junior ranks to the prestigious World Rally Championship. You race for results and favour across the paddock. Success also grants you new vehicles to play with in the other modes. It’s a pretty by-the-numbers mode but you can be fast-tracked through the ranks as you complete objectives. For those short on time, that’s a good addition to a mode that’s still pretty fun to progress through.

You can also build your own championships from the stages on offer or partake in a one-off stage for a quick shakedown. The meat of the product is in the career but, those wanting some practice, have avenues to pursue. There’s also a driving test which opens the experience. Completion of the stage hands you batch of suggested settings to begin WRC 7 with, although this can be changed at any point.

Multiplayer options are fairly standard. You have weekly leaderboard challenges as you compete on a single stage against the world, as well as online rallies. Local players won’t be ruled out as split screen races feature, as well as hot seat modes which allow up to eight players to pass the controller around. 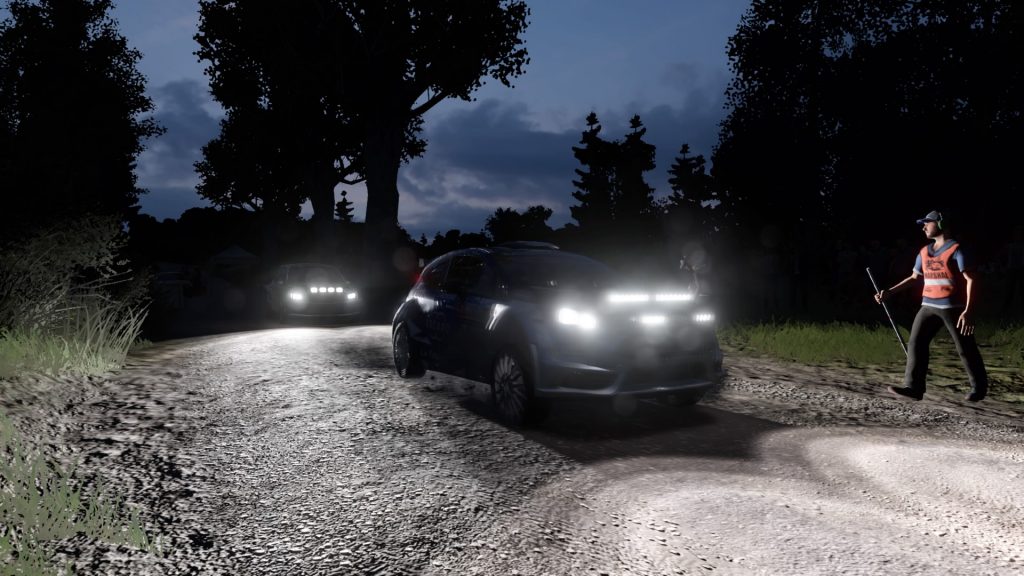 Online lobbies do have trouble filling out but I’ve found a handful of players This makes things difficult when trying to get a full compliment together. You can invite friends which may be the way to get regular races under way, providing you have a group of rally fans. Online opportunities are limited to single stages, too so you can’t schedule a championship or rally between friends. Given how quickly these communities can fizzle out, it’s perhaps for the best. For what it’s worth, battling another player is great. Ghost cars do their best to portray direct racing, even if it can sometimes lose track of your opponent.

WRC 7‘s accessibility will divide some people. It doesn’t have the array of options of its contemporaries and the presentation is bare minimum. I’d be lying if I said it wasn’t fun, though. There’s a room for error here that allows for recovery and forgiveness whilst the handling allows for slides to be easily achieved and controlled. It makes for an enjoyable, if a little thin multiplayer component and the WRC license brings a colourful, varied series to your screen.  Worth a look.

WRC 7
7 Overall
Pros
+ A wide varierty of stages and locales.
+ Great use of lighting that provides scenic moments
+ Accessible, fun driving model.
+ Extensive career mode.
Cons
- Forgiving damage model results in some low-stakes shunts.
- Very slim on driving assist options.
- Online community is already a little sparse.
- Not one for sim fans.
Summary
WRC 7 is an interesting iteration on the previous titles. It doesn't make great strides but the accessible handling provides some simple thrills. The license brings some scenic stages, even if the visuals aren't finely tuned, and I will never get tired of hearing a rally exhaust. It's enjoyable, if lacking in complexity and options.