While it’s the endless fighting games and the slightly overappreciated Metal Slugs that people remember so fondly when they think back to the Neo Geo, some of the best games were the curios that everyone seems to forget about.  Until now Windjammers, Data East’s frisbee-flinging sports title, was one of them but now, twenty years since it was released, it has been ported to PSN.  And this isn’t one of those straight coin-op conversions that we see every week either.  Windjammers comes with some important new features.

The game itself is a one-on-one arcade game that sees players throwing a disc with the intention of it going past the opposite player and into one of the scoring zones behind them.  Think air hockey and you’re pretty much there except that you can take some time to consider your next shot when you catch the disc.  The zones behind the player count for three or five points depending on their colour and the action is seen from above so you can always judge where the disc is, where your opponent is and where you need to be. 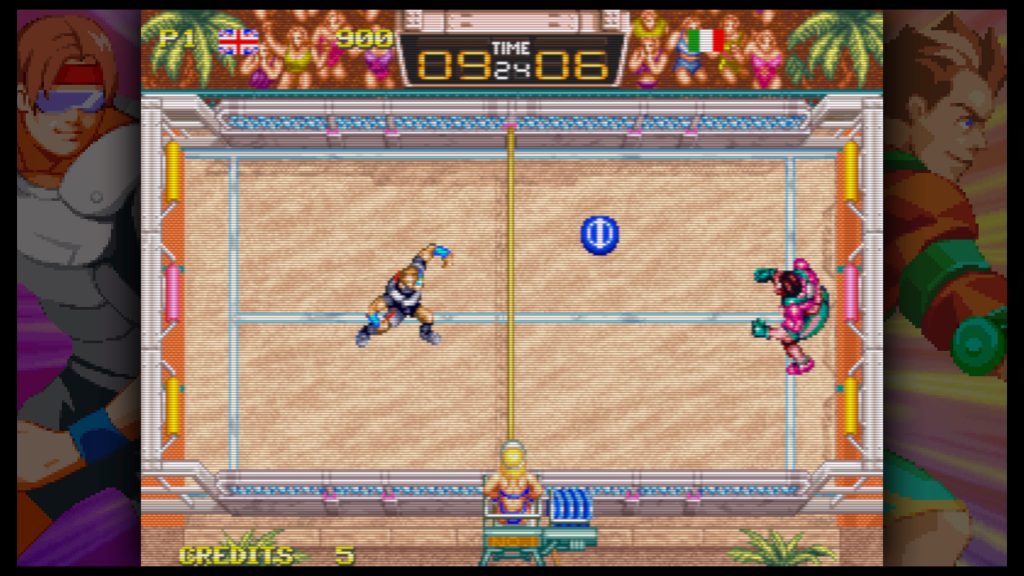 To spice up the action, the game offers speed shots and special moves for players who can master the game’s timing.  Some arenas also come with obstacles that can alter the course of the disc, leading to some frantic exchanges.  That’s pretty much it though.  Windjammers is quite a minimalistic experience but it’s that purity of gameplay that made it a format standout on the Neo Geo.

Aside from the original arcade mode which features a sequence of six matches broken up with a couple of minigames, this version of Windjammers also allows you to play those minigames outside of that mode and, more importantly, offers online play in the form of ranked and unranked matches. 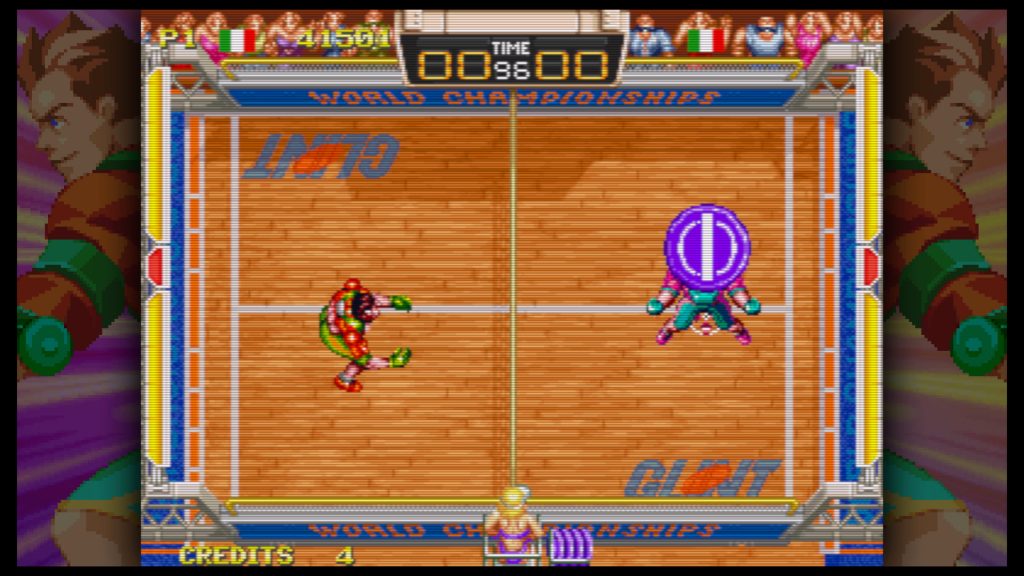 Getting into a lobby is reasonably straightforward.  It craps out occasionally, probably due to players leaving or just having sub-par connection speeds but if you can get into a game, it’s pretty much as responsive as the single player mode is.  Which is annoying because it means I’m rubbish and there are no excuses.  If you’re a decent player though there will be plenty of challengers out there who can match you.  I’ll just have to accept that the trophy for ten straight ranked wins is probably going to elude me for the foreseeable future.

The game does lack multiplayer options in terms of customising rule sets.  You can change the victory conditions and time limits but that’s pretty much it. We’d like to have seen the option to add more sets and we’d like the option to speed things up or remove special moves.  Larger arenas would have been welcome too, but this port sticks closely to the source material in that respect.

Ultimately, this game will live and die online.  It probably won’t ever challenge the Rocket Leagues of this world but I can see players returning to Windjammers for quite some time.  I imagine that a few weeks from now, the servers will mostly be populated by very skilled players but the game does have a league-based matchmaking system that should keep the elites separated from plebs like us.  Local multiplayer is a good option too.  I played this in a house full of gamers and people were able to pick it up and enjoy it pretty much right away. 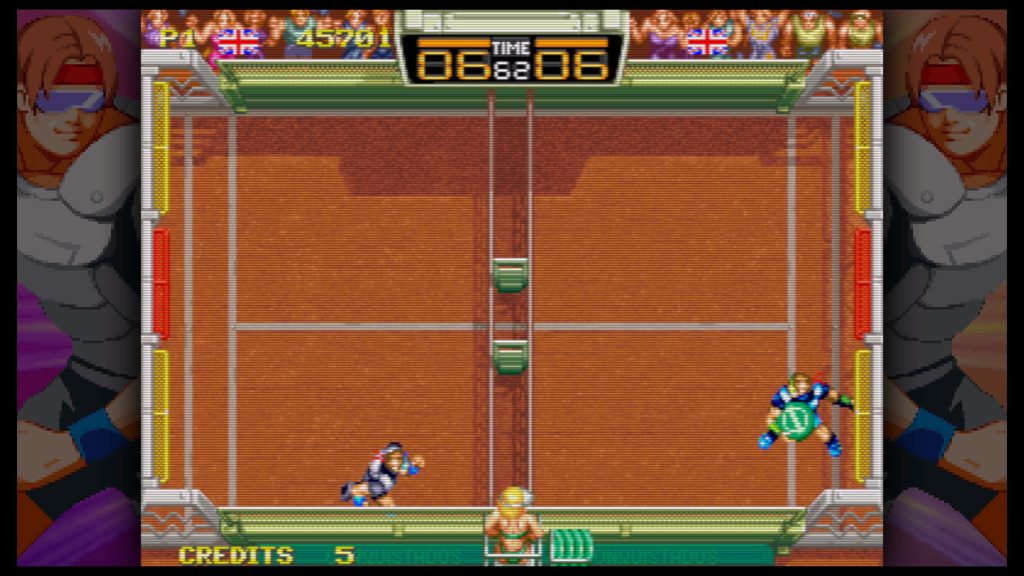 If you’re a fan of the original coin-op, this port won’t disappoint.  There are a few issues with the game in so far as I had the game go mental and basically score two rounds for me without me doing anything (it literally racked up the points instantaneously without the AI or me touching the disc) and I’d have like to have seen an option to play with updated visuals.  Sure, Windjammers looked quite nice in the ’90s but we’d like to have seen a fresh coat of paint.

However, Windjammers offers a simple game with some hidden depths.  It’ll work as a pick up and play online sports game or as a party game, and while most players will be done with the game long before they get a platinum trophy from it, existing fans will love it and the game still has enough about it to win over some new ones too.

Windjammers
7 Overall
Pros
+ a solid port of the original
+ easy to pick up
+ great with friends
+ online play is solid and welcome
Cons
- no refresh to the visuals
- gameplay is classic but a little dated
- movement is a little clunky
- lack of twin stick controls is a missed opportunity
Summary
Windjammers is a solid port of the original disc-throwing arcade game and while an update to the modes and visuals would have been welcome, this is still a great way to revisit a true Neo Geo classic.