Sometimes it’s nice to return to a survival horror with Asian sensibilities. Originally a 2001 release, White Day: A Labyrinth Named School is developed by Korean developers Sonnori. A 2009 mobile re-release provides the basis for this latest repackaging. Has time been kind to this tale of ghost stories and valentines? 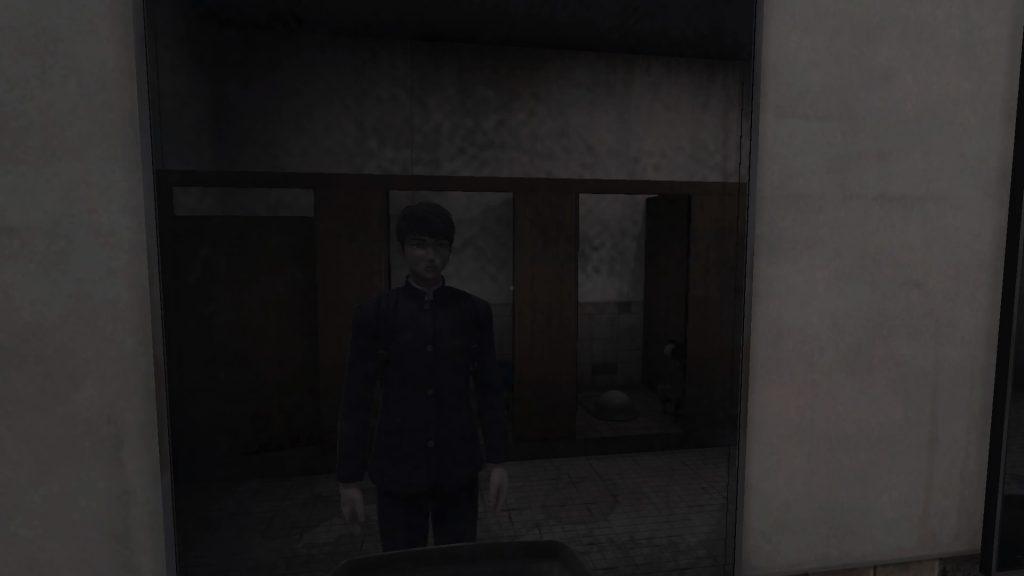 White Day sees you inhabit the newly-transferred shoes of Lee Hui-min. He’s trying to deliver some chocolates to a girl he’s taken a shine to. Naturally, it doesn’t take too long for this to go south and a lock-in at the school quickly ensues. The horror it draws from is very traditional with ghost stories and rumours shaping the hauntings. You fill in the gaps with speculation and facts from notes you’ll gather throughout your time at the school. It certainly adds some flesh to the school’s troubled history and the spectres that roam. The world-building is a nice touch which also focuses on characters, both friendly and adversarial.

With the advance of time, certain things have obviously changed since the turn of the century. Most notably, the game delivers some improved visuals. It’s not jaw dropping but characters and environments have a nice clean, stylised look. Unity’s put to some great use and, whilst they’re not pushing a polygon count, characters are expressive and there’s very few rough edges to note. Music is used sparingly and sound raises with intensity whenever a threat is nearby. You’re senses are not being bombarded which allows a level of control and concentration which I like. 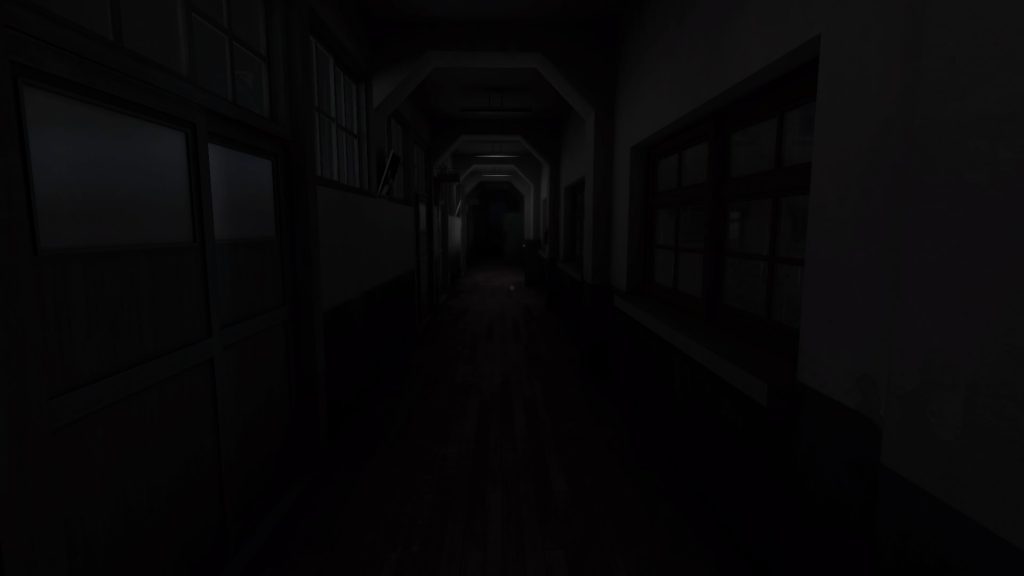 Despite it’s fairly wrote origins, the story can carry some intrigue and it’s nice to revisit this kind of horror after seeing so many western titles opt for the backwoods cult route. All the while, you’ve got the persistent thread of trying to find your chosen damsel whilst also trying to escape from the school’s many corridors. You are given some agency with some branching dialogue and the notes you uncover do factor into the game’s many endings so there’s reason to replay and explore.

Gameplay boils down to basic stealth. You have no direct way to defend yourself from the ever threatening janitor. Maybe not the most terrifying of enemies but he does carry a baseball bat and a hatred of snooping children. Feedback is kept fairly simple with an icon on screen being displayed when he’s close by. If you’re caught, your best bet is to run and try to break line of sight. I’ve struggled to outrun him which can provide early frustrations. That said, hiding spots are plentiful and his patrols operate like clockwork. Running around the same floor as him will draw his attention, as will any lit rooms or open doors. You can use that knowledge to your advantage to create distractions. Once you realise how the janitor operates, you can feel comfortable moving around him and avoiding the glare of his flashlight. 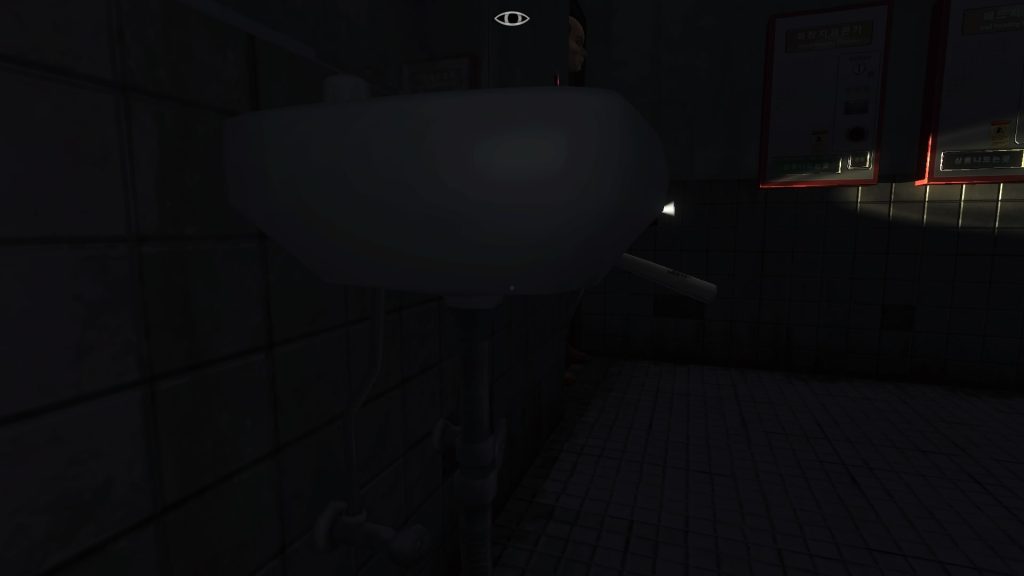 This game is not without tension. When you move into an unfamiliar building, it can be tough to figure out where your hiding options are. It’s a very cat-and-mouse relationship and I’ve not noticed any contrived moments where the janitor will hover on your position. He behaves consistently and you can ultimately plan your route around his position. With the school being vertical in design, there’s multiple floors to navigate and can hop between them to avoid your enemy’s gaze.

There’s also bosses to encounter and, as usual, your lack of defences mean these battles become about solving puzzles. Some of these are timed but you’re mostly given time and space to piece things together. Notes provide hints and, on lower difficulties, you’re given texts to your in-game phone that provide further enlightenment. I was rarely stuck, although there is one in the mid-game that might take some patience. It’s worth noting that the solutions have been remixed from the original version and solutions are changed a further time when you reload a save. You can brute force solutions but you’re strongly encouraged to understand what you’re trying to solve. 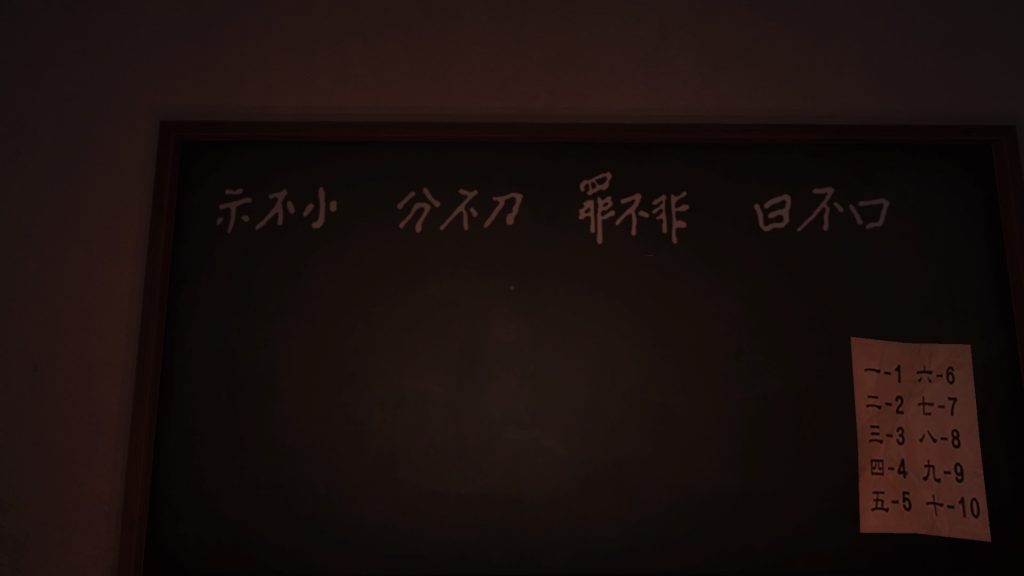 As with most survival horror, options to save are limited. Bulletin boards litter the school but the felt tip pens you need to record your progress are scarce. The game also features auto-saves which take the pressure off somewhat. There’s also easier difficulty options if you want a more relaxed time of it. Honestly, I’m starting to wish I’d bumped mine up. You seem evenly matched with the janitor once you understand his movement and limiting your options can return some lost tension. Bosses also provide some challenge but they’re another puzzle to solve.

White Day: A Labyrinth Named School a well comprised package that’s used the passing of time to its advantage. It feels refreshing to return to eastern horror and, whilst it’s heavy on the puzzles, there’s plenty to admire and recommend.

White Day: A Labyrinth Named School
7 Overall
Pros
+ Has a nice clean aesthetic to it.
+ Sound design is sparse and effective.
+ Competent, consistent stealth mechanics.
+ An interesting story with plenty of history.
Cons
- The janitor can be tough to outrun.
- Some puzzles can require outside research to complete.
- Tension ebbs away once you understand enemy movements.
Summary
Whilst I'm not jumping out of my skin, I'm still intrigued by the exploration and puzzles. It's well executed and interesting to play. The visuals hold up nicely and the sound design manages to raise tension when it's needed. The horror tropes it deals in are very traditional but it delivers a change of pace from the usual cultist setting. White Day: A Labyrinth Named School has been a pleasant surprise.