We Were Here is a first-person, online co-op puzzle game from Dutch coders Total Mayhem.  Released back in 2017 on PC, the game is now on PSN and free for a limited time as we wait for the game’s two follow-ups, We Were Here Too and We Were Here Together to hit the store also.  Interestingly, the game’s co-op gameplay is entirely mandatory so you’ll need to gather a buddy or try your luck with a random.  Don’t do that, invite a friend.  Preferably one where you have a robust enough friendship that you won’t fall out.

The idea behind is We Were Here is so obviously clever that you’ll wonder why more puzzle games don’t use this formula.  An introduction explains the game’s paper-thin plot: two explorers out in the snow find a castle and go in.  From that point one of you is in the ‘Explorer’ role while the other is the ‘Librarian’ and you have to work together to solve puzzles.  Communication is everything here and while the game encourages you to speak through a walkie-talkie system, you might want to do this over voice chat because you’ll both be describing everything you see to each other A LOT. 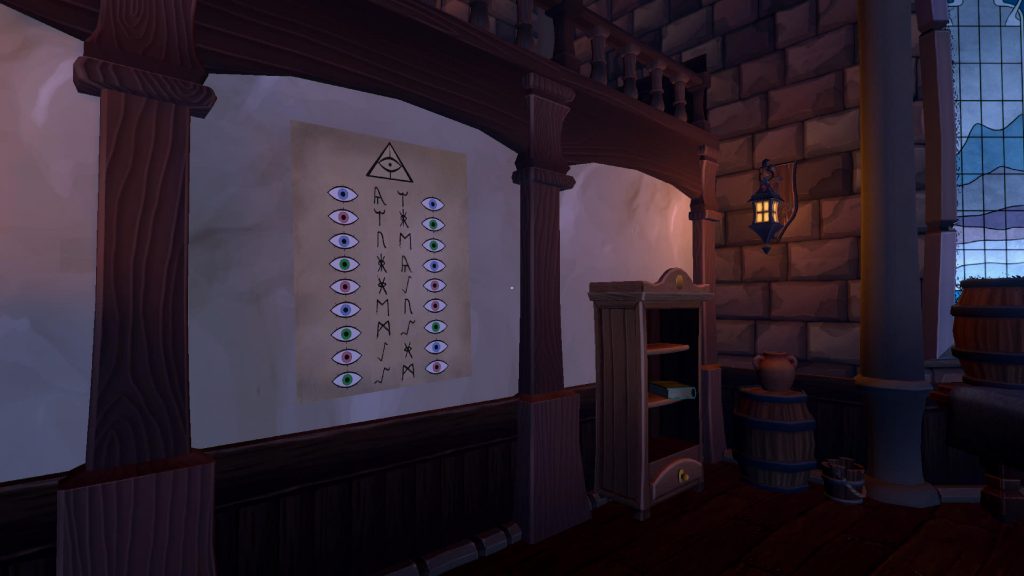 For the most part, it works well.  A puzzle using coloured valves, one involving chess moves and another that requires you to look through books to figure out the route through a spiky platform puzzle all represent fairly gentle puzzling and the co-op aspect makes these a lot more interesting than if it you were playing it solo or even if the two players were in the same area.  For the Librarian, not being able to see the puzzles is what makes it more challenging and interesting while the Explorer has to do their best to explain what they see. 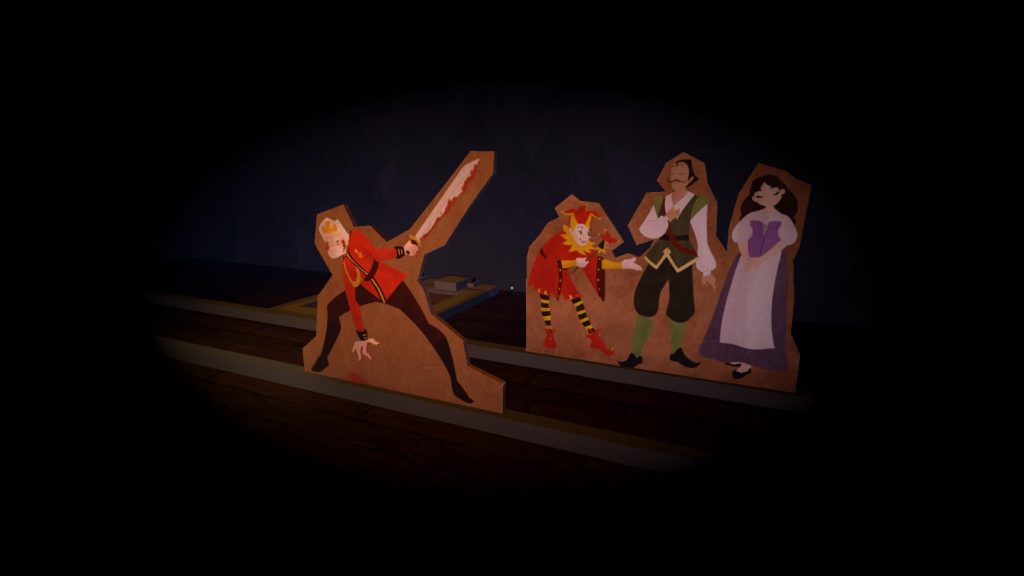 It’s not all good though.  A puzzle involving a theatre set up was a little too vague and had a (sort of) timed element to it that added a lot of pressure but wasn’t entirely intuitive while another involving coloured gates had us stumped.  Eventually, the Explorer ended up having to brute force their way through that puzzle because the clues available to the Librarian were a bit too well hidden.

However, within an hour we had beaten the game and in the next half an hour we had played through it again, swapping roles, for the Platinum trophy.  For a free game, you can’t really complain and when the game was good, it was enjoyable.  It veered into frustration but never so much so that we wanted to quit or cheat.  Okay, we did want to cheat but managed to hold off long enough to figure out the solution. 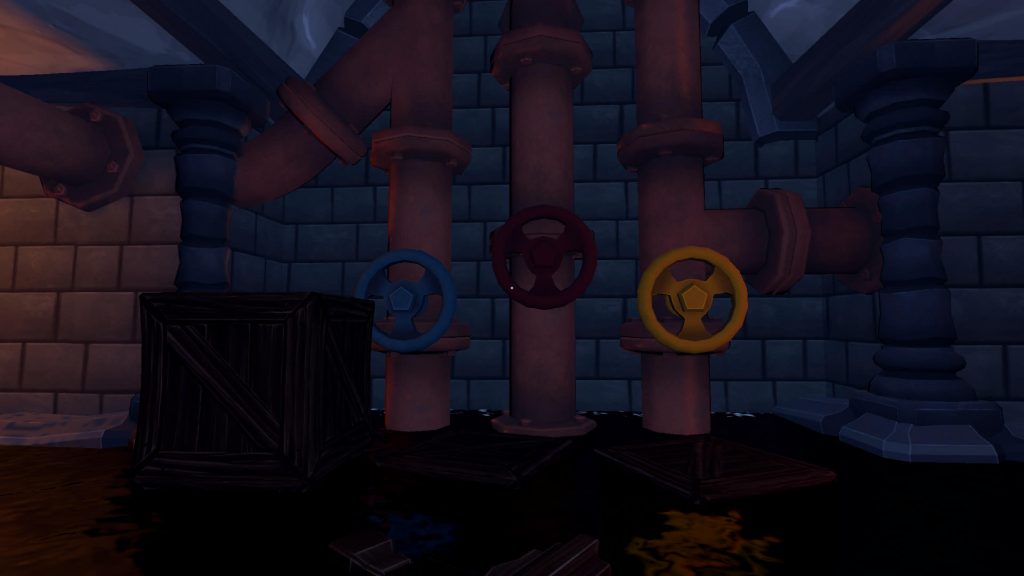 The game’s indie PC roots are pretty evident though.  The game’s setting is fairly basic visually as it is set in a gloomy castle that feels as generic as it gets.  There’s not much in the way of detail, nice lighting or anything else to make it stand out.  Objects that you interact with are sometimes hard to see or blocked by mystery textures but it never breaks the game.  The menu is pretty poorly optimised too.  Clearly designed for a mouse, the difference between a selected option and an unselected one is often the smallest shade of grey.  We say this a lot but basic playtesting from someone not too close to the team would have picked that up.  We are also wondering why there are crouch and jump options (they are never required) or why the walking speed is as slow as it is.

But as a free experience, it’s hard to complain and if you’ve got a reliable co-op buddy on your friend list, this is a good way to get a little more out of your PS+ sub.  I can’t even imagine the hell of playing this fresh with a random though, especially with the walkie-talkie system.  At this price the game is an easy to recommend choice.  There’s definitely an hour or two’s fun to be had here, with the right partner, and anything more than that would be overstaying its welcome.  Once the game gets a price, we can see all interest in it dropping away and at that point it’ll be a harder recommendation, so grab it while you can.  Unless you’re reading this in the future where we’ll just say wait for a sale.

We Were Here
6 Overall
Pros
+ The isolated locations of the players work well
+ Relies a lot on good communication
+ Most of the puzzles are reasonably good
+ Doesn't outstay its welcome
Cons
- Very basic presentation
- A couple of the puzzles are a little bit unintuitive at first
- We had a few technical issues
Summary
We Were Here won't wow you on any sort of technical level but its co-op only puzzle solving gameplay is interesting and worth checking out if you have the right friend to play with.