The original Wasteland was a precursor to Fallout, the old, good ones. Wasteland 3 has far more in common with those tactical, turn based RPGs than what Fallout has become under Bethesda and it’s all the better for it. Obviously it’s set in a post-apocalypse and it requires a massive time investment, but otherwise the similarities to the modern examples are few and far between. 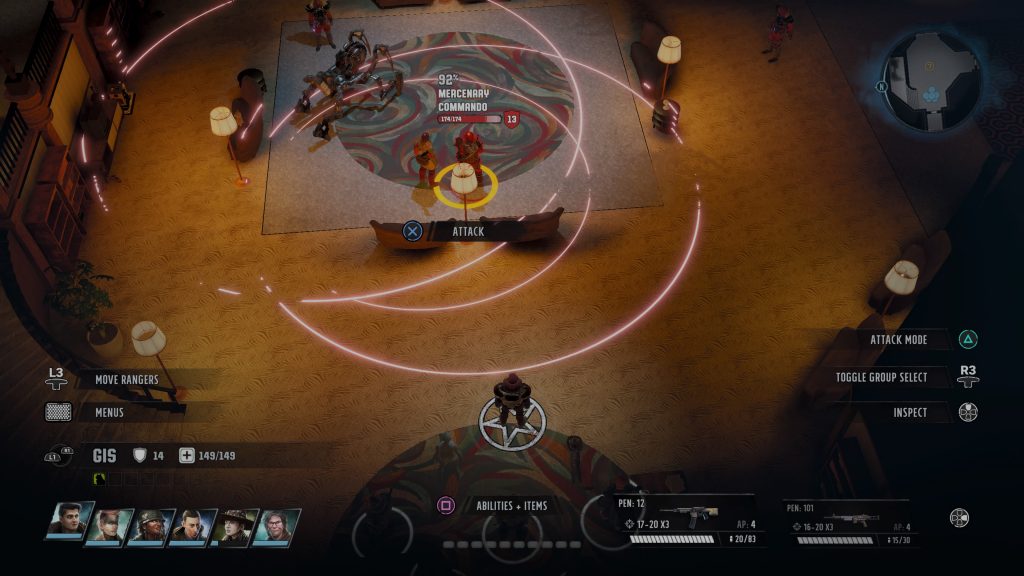 You play as Rangers who are heading to Colorado to help The Patriarch in exchange for provisions for your group back in Arizona. His children have gone rogue and he wants you to hunt them down for him to help him maintain power. Unfortunately all but two members of the Ranger squad you’re part of are wiped out in the tutorial, including the leader, so your two characters must establish a Ranger HQ and build it up from scratch.

These two characters can be chosen from some ready made teams or you can create your own, choosing their appearance, skills, stats, starting weapon and a quirk which will give you a positive and a negative effect. You’ll have up to six team members eventually and there are enough skills that you’ll need to specialise in order to efficiently explore the environments and complete quests. If stats scare you there are no auto-level ups here and there’s no respec either. You make a choice and you’re stuck with it. Creating a strong and diverse team without prior knowledge of who you’re going to recruit later is tough but you can recruit more created characters (though you’re limited to four in a team) if you really mess things up. 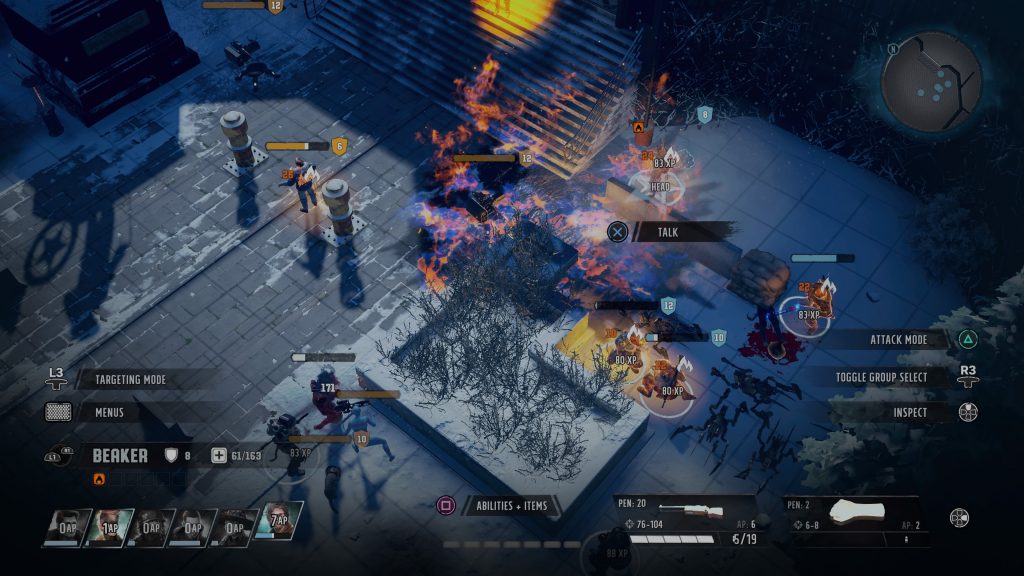 Once you have chosen your starting characters you’re thrown into a battle which uses Action Points to determine how far you can move and which skills you can use in a turn. Your allies will move and then your opponents, with computer controlled NPCs moving in between. XCOM will be a familiar comparison to some, with your chance to hit displayed as a percentage and taking cover being incredibly important. You have limited ammo in this however, with more needing to be found or bought, unless you’re using a melee character of course.

As you attack you build a Strike metre which gives you a super accurate and powerful shot which varies by weapon, allowing you to target body parts or covering a wider area. Utilising all your skills and cover effectively is key as enemies can rush you and the hit percentages can be harsh at times. I’m sure it’s as intended but very high percentage shots miss with regularity which can be the difference between killing an enemy and getting killed yourself. An ally going down isn’t the end of the world however as they can be revived for free (at low health) if you approach them and even if they bleed out they can be revived at a doctor. A revived ally will have a random negative trait applied to them which can be removed with an item or by a doctor but in general it’s quite a forgiving system. 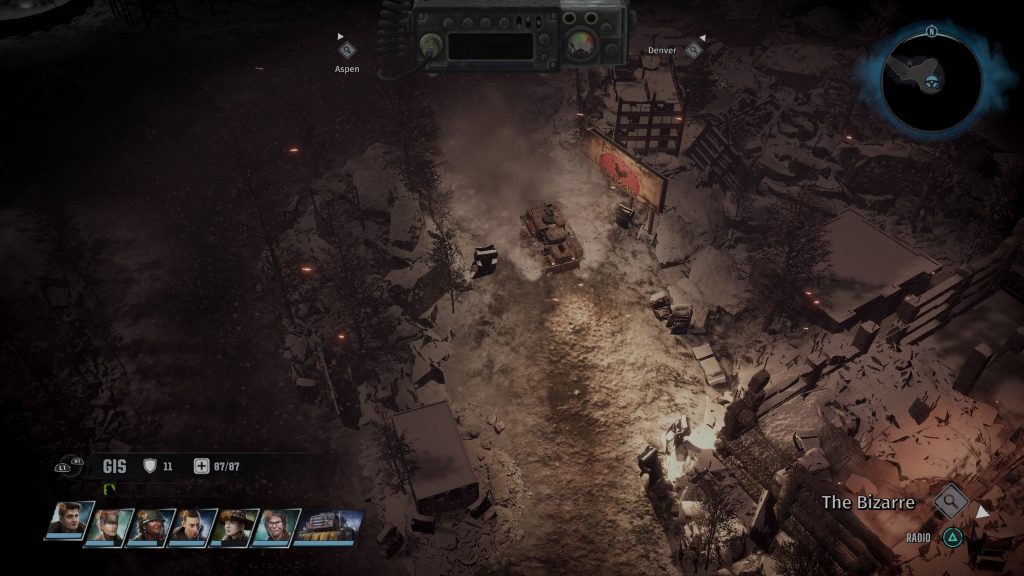 Outside of battle you’ll explore areas looking for items to loot and if you’re specced correctly, items to interact with. This could mean picking a lock, disabling an explosive or using a computer thanks to a Weird Science or Nerd Stuff skill. This isn’t an open world so you’ll enter towns and dungeons through load zones and travel on an overworld map using your vehicle. There are plenty of people hanging around but you can only really talk to named ones. Often they’ll give you quests or be related to quests you have or have yet to receive. Again if you’ve specced for it you may get to use your Kick Ass skill, Kiss Ass skill or others to help convince someone of something which may lead to better rewards or an easier time completing the quest. Everyone bar your character is fully voiced and although the humour is a little over-reliant on being crude it does have a personality.

The beauty of Wasteland 3 is that there’s always something to do. I had a bit of a ropey start but once I’d realised what skills I wanted each character to specialise in I was able to interact with most items and I’d use the experience I got from doing that and completing quests to further specialise which allowed me to interact with more things and so on. Each mission has a level recommendation by it so you should be encountering things at the right time, though certain missions do seem to be labelled a little loosely. I’ve completed plenty of quests without thinking about it yet I’ve been the recommended level or higher and come up against a fight which seems incredibly tricky. 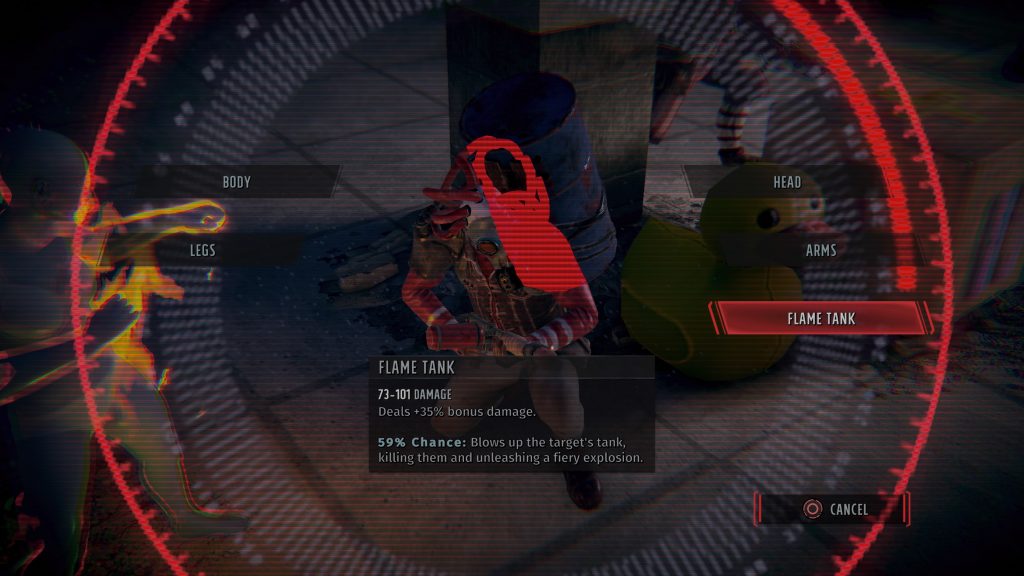 Still, you should be saving often and you can set it to autosave at timed intervals so you shouldn’t be losing too much progress if you do hit a bump. Which is lucky as Wasteland 3 is a buggy game. If you can get through a session without it crashing you’re doing well, and that’s on top of less game breaking bugs like animations looping, sound bugs and prompts not disappearing. I believe there are far worse bugs too but those are the ones I experienced. I’ll also say that there are a couple of UI issues which I wouldn’t mind getting fixed, like having a filter tag in your inventory for utility items, the game claiming there’s no targets available when it means you need to reload and the fact that you have to press the

button twice to interact with stuff when the game implies you should press it once.

It does so many things right that these few issues, although easily adapted to, do stand out. There’s no encumbrance system so you can pick stuff up without having to worry about managing you inventory which is great and if you loot on the battlefield you don’t have to visit every corpse, you can just loot everyone at once. The game automatically uses the character with the skill required to do a thing no matter which character you use to interact with it. If there’s a stat check the game tells you about it allowing you to see what you could do if you levelled up a skill a little more. These things are very user friendly and welcome. 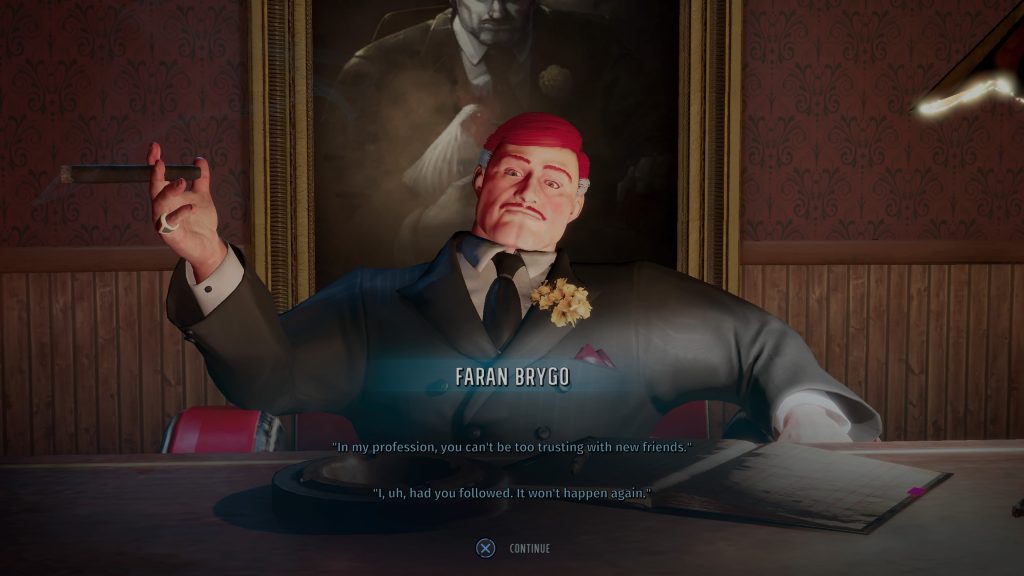 What the game doesn’t tell you however is what effect your choices will make throughout your quests. You’ll often be given a choice of helping one faction or another or doing the ‘right’ or ‘wrong’ thing. You’ll accrue fame and faction standing as you play but nothing is ever cut and dry. Maybe you’ll just get less rewards for doing the nice thing or maybe somewhere down the line another quest will be available or locked off depending on how you acted previously. Recruited squad members might not appreciate certain actions and can leave if they disapprove too much. The choices combing with the wide range of skills mean that people’s playthroughs of Wasteland 3 are going to be vastly different.

It is a long game so those who like to see everything in a game either have a long road ahead of them or may be overwhelmed by it all. I’m usually one of those people but, time willing, I’d like to play through again with a different approach, seeing what I can do differently and probably on a higher difficulty. If the bugs can get ironed out then I’d recommend Wasteland 3 to those with an interest in RPGs without question, the general gameplay is up there with the best. Even with the bugs I’ve had a great time and recommend it, just know that it’s a little rough around the edges.

Wasteland 3
8 Overall
Pros
+ Always something to do
+ Incredible depth to character customisation
+ Plenty of personality
Cons
- Very buggy
- Some UI issues
Summary
Wasteland 3 is quite buggy in its current state but the gameplay and systems still manage to shine through. With a little more polish this'll be regarded as a classic in the future. Even as it is now it's an incredibly enjoyable experience.