Unlike some of the others this is less a romance story than a hokey mystery. The titular Vera is a suspiciously well-developed teenager with paranormal abilities into the bargain. Graphically you’re looking at more comic book than super cute. It fits the tone at least. 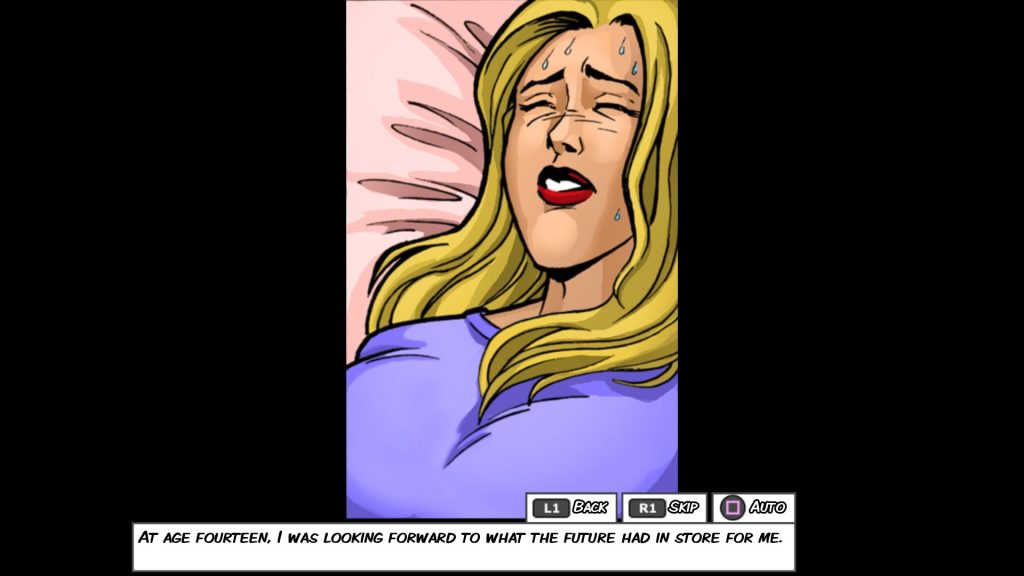 Vera’s paranormal abilities help advance the plot, such as it is. Mostly by way of the first of three minigames types you play. It’s a hangman missing letters game, though you only get three strikes and you’re out. The starts of sentences are what you’re searching for. It’s all fairly straightforward anyway.

The next type you’ll encounter is a spot the difference, like we used to encounter in the back of ‘Hörzu’, the German equivalent of Radio Times. Shut up, I have a German mum and the only English TV channel was BFBS. Anyway, there was a great spot the difference with a classic painting altered very slightly every week. This is like that, but the differences are so minor that you’ll struggle to see them at all. Once again, three strikes and you’re out. 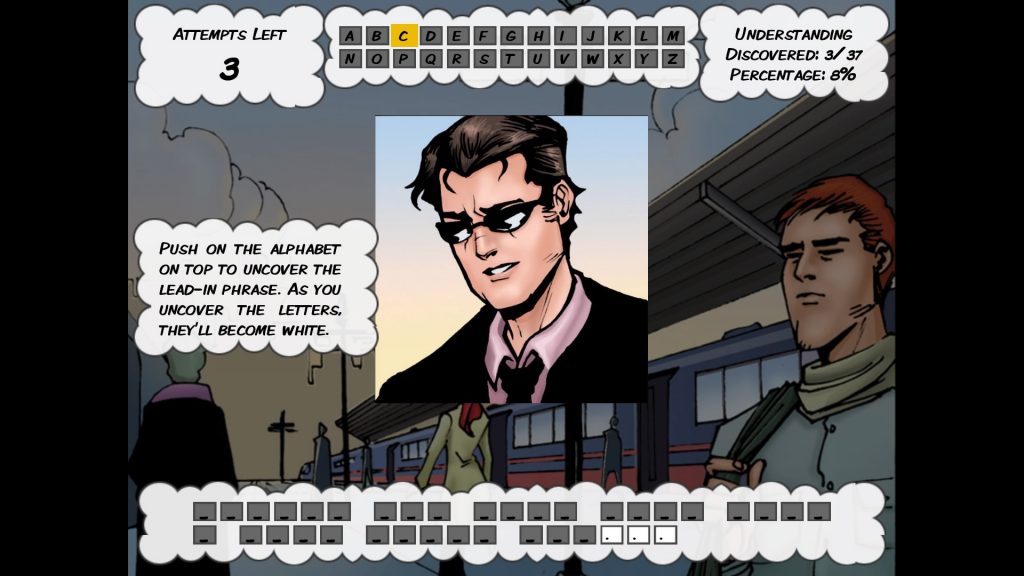 Finally you have to remember number sequences, the first of which has you being chased by an armed thug. We failed the last of three on our first attempt, wrongly thinking we could enlist the help of a bystander. However we were brutally gunned down, along with our helper capped for his trouble.

This also highlighted a shortcoming of the save system. It’s entirely manual. Our last save was at the beginning of day three, yet we got killed in day four. An autosave at the end of each day might’ve helped at least. 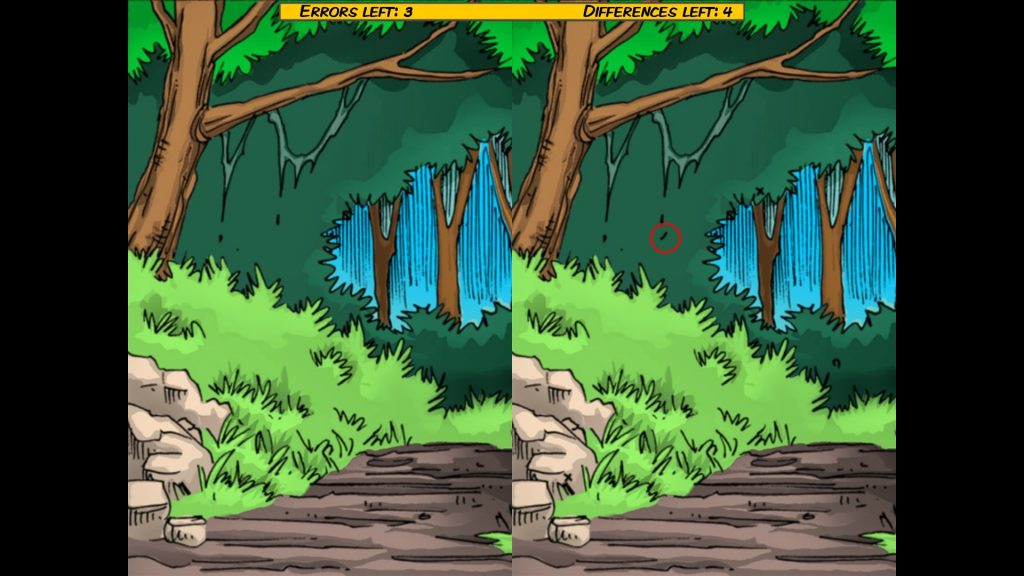 Not that getting through the story is that onerous, it’s more a case of you pinging from one static location to another and identifying potential clues to unlock more locations and clues. We didn’t feel like we had much agency in the process, more achieving a box ticking exercise.

Anyway, after a while you’ll have solved the mystery at the core of the storyline and no doubt got a platinum trophy for your trouble. Vera Blanc: Full Moon is very much a one and done, the climax of the story being one of two endings. Both are easily achievable by saving at the right point and reloading. 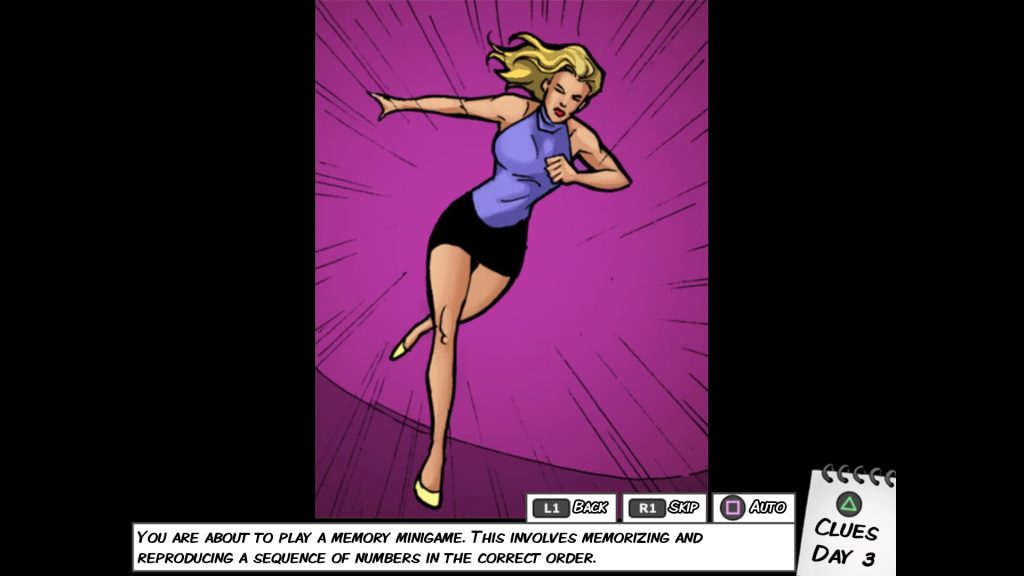 There’s not much to recommend here, it’s all very clunky, the plot is sub-par and the puzzles are largely trivial. The comic book style is almost passable, but it looks like it’s been knocked up in the space of an afternoon. Never mind scenes are recycled over and again in different contexts.

Vera Blanc: Full Moon is a straightforward platinum with easy puzzles and a clunker of a plot. The very definition of a one shot rinse. It’s not like there’s the added value of a Vita port anymore either. Perhaps Ratalaika can give us unique trophy sets on both PS4 & PS5 going forward? At least then we’ll get the double platinum goodness we grew used to before Vita got put out to pasture.

Vera Blanc: Full Moon
4 Overall
Pros
+ Puzzles are fun enough despite their simplicity
+ Cheap
+ At least it's not super cute and chibi

Summary
Vera Blanc: Full Moon is a clunky visual novel with easy puzzles and a forgettable plot. It's not terrible, but neither is it easy to recommend.