Valthirian Arc: Hero School Story is a new RPG/management game for PS4. You’re the new principal at a school for wannabe heroes and you’re in charge of everything from building upgrades, equipment crafting, which missions to attend to, what classes the students become and who graduates. 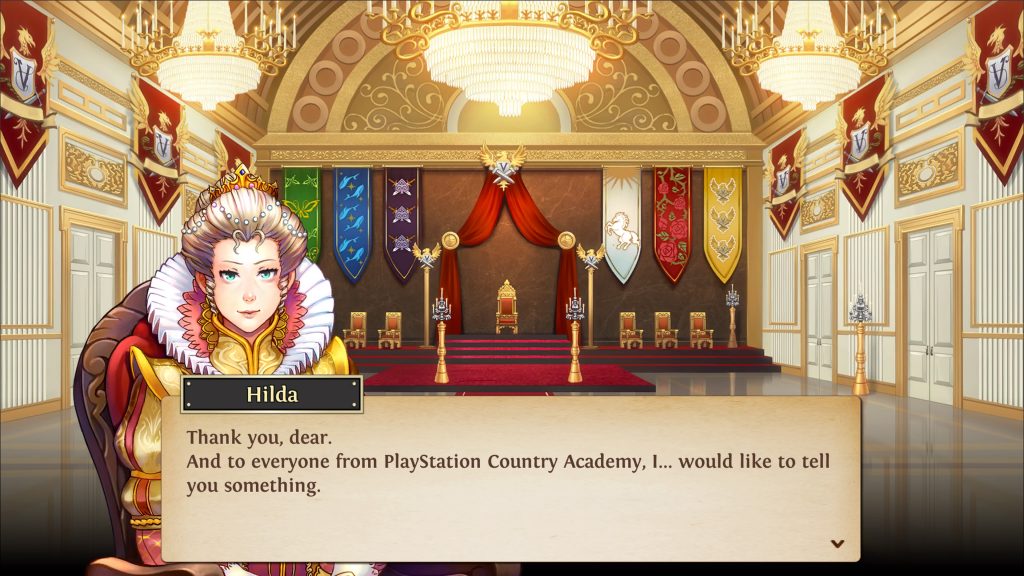 You get to name your academy and create a crest from some limited options and then you’re put in charge of a very basic school. From here you can build classrooms, dormitories, cafeterias and the like, each giving you a bonus. Dormitories allow for more students to come to your school and you’ll need them as what is a school without its students?

Students and tutors mill about the school and every now and then you’ll get a question mark pop up in a room which you can click on. This’ll bring up an event from a very limited number which basically boils down to choosing from two or three options which may or may not grant you either a small amount of cash or fame. Money is used to purchase new rooms or buy from a travelling merchant whilst fame will increase the capability of the school and its students once it hits certain thresholds. The school itself generates money and fame over time and everything you do outside of the school does the same.

Going to the missions tab brings up a map and dotted around it will be the missions available to you. Each mission is given a star rating out of five to show difficulty and you group up students to send them out. There are two types of missions. Errands are completed without your input, you simply set up a party of up to four students and send them on their way, each mission taking a set amount of weeks to complete where they’ll return successfully or as failures. The other missions take you into the field where you directly control a student and the three other students follow your lead. You will generally want to control one party of students as if you send everyone on errands then you can only sit and stare at the management portion of the game, waiting an age for everyone to return. There is no time skip for some reason. 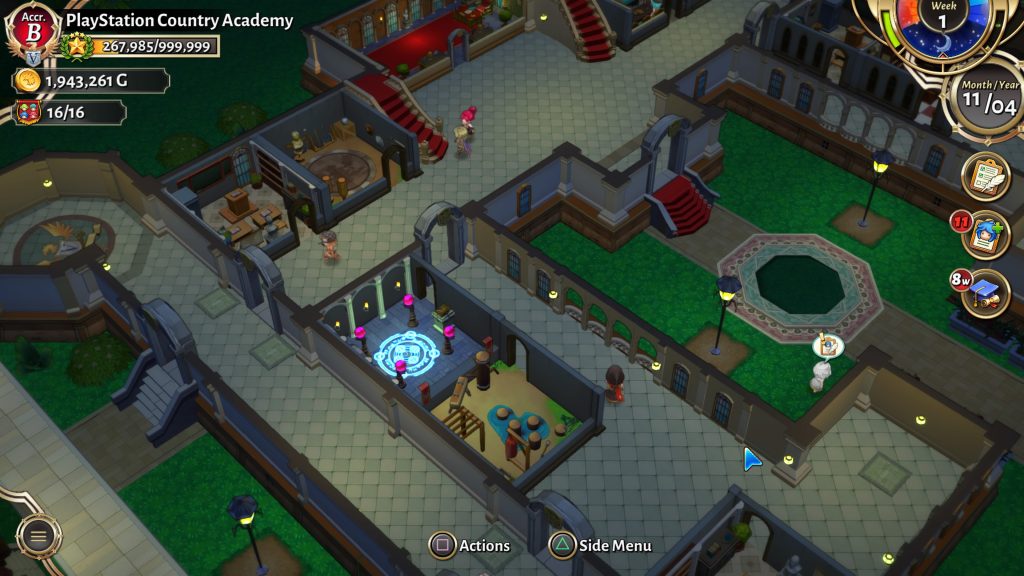 to attack any enemies you find and barrels and blades of grass for loot. You can switch between all your students, press

will change the attitude of your party between fast, offensive or defensive. If anyone dies on the field then they’ll only miss out on any experience gained from killing monsters, they’ll be alive again at the end of the mission and will gain the experience for completing it. There are a few different objectives to complete but they all basically boil down to explore the level and kill the enemies that get in your way. They’re very basic and require little skill or even much attention from the player to complete, if your students are strong enough they’ll succeed, if not you’ll fail and there’s little you can do about it.

Once a student has levelled up enough you have some options. Any student level 10 or above can graduate and you must graduate at least one student per semester. This basically means they’re removed from your character pool so although you gain a lot of fame and money from graduating students you have to be sure you don’t need them and that the rookies you replace them with will be suitable for the upcoming missions. Rather than graduate them you could specialise them into a different class once you’ve unlocked the specific tutor required. Each student has stats so you can look and see whether they’re best suited at being a knight, magi or scout and as you get further into the game they can specialise even further from there.

They’re returned to level 1 when they specialise but their stats remain so they won’t be able to graduate until hitting level 10 again but will be just as powerful as they were with room to grow. The balancing act of levelling students, graduating them and making sure you have some powerful enough to complete missions is the main crux of the game. As your academy gains fame students with higher maximum levels appear so keeping one of your original students around will be detrimental to you, but it takes a long time to level up the more specialised classes making them difficult to part with. 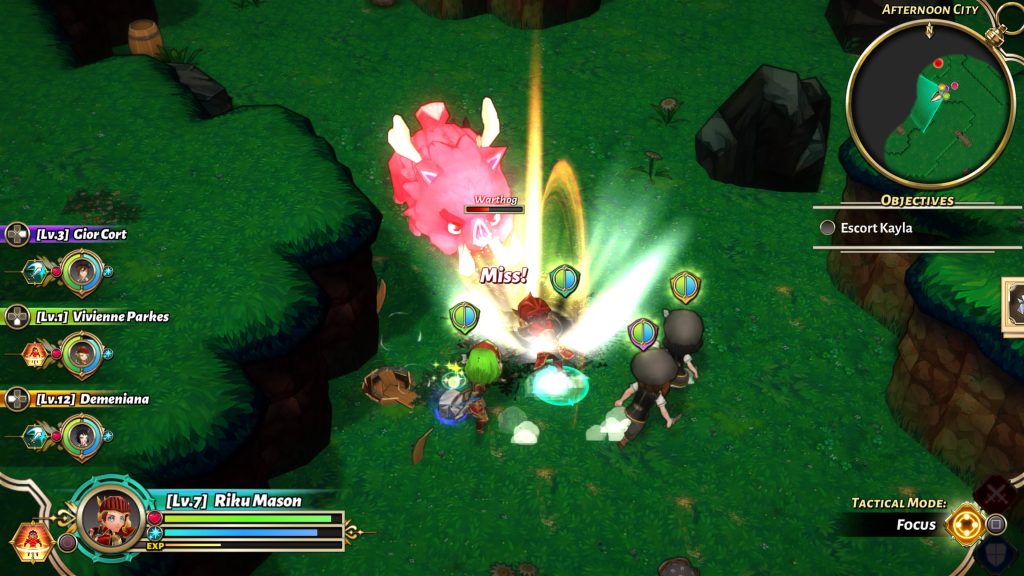 Errands are also far less useful for levelling up students than the missions you control. You gain experience for each enemy you kill when in control but you only get the quest rewards from errands, and they take far longer to complete making them less efficient. I ended up getting into a rhythm of having two or three specialised classes in my active group with a couple of rookies who would either graduate or specialise once high enough, with more powerful ones in the errand groups to ensure success as the experience doesn’t really matter there.

Considering that that is all there is to the game I feel it should be better balanced. The UI could also do with work, obviously being designed for a mouse. The map screen, rather than list the missions, simply marks them on the map and you have to push up, down, left or right to highlight them. It’s a poor way to navigate it and it can be a struggle to highlight the mission you want where as a list that could be sorted by difficulty or quest giver would have been far easier to use. Similarly in the academy view, although there isn’t too much to do and the important stuff is separated into different menus, looking around for question marks or the merchant can be a pain.

Presentation-wise things are okay. The graphics are pretty basic but the big head, wee body character models have some charm and everything is quite bright. It’s very reminiscent of an early Xbox Live Indie title from the 360 and the price of £9.99 fits that description as well. 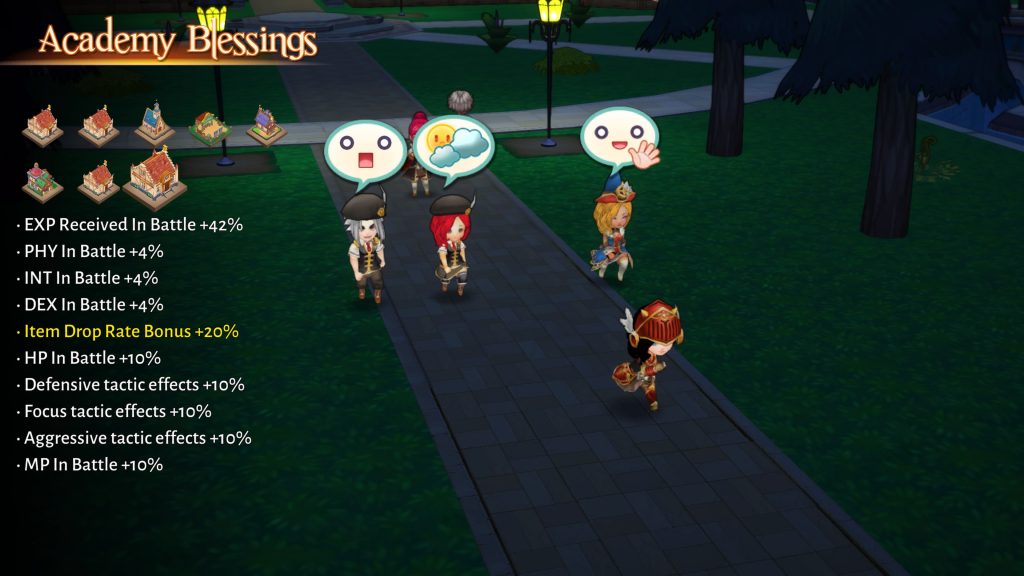 Despite having RPG and management elements Valthirian Arc: Hero School Story is actually quite a shallow game. That doesn’t mean it’s a bad game and I can see many people enjoying the simple, repetitive and grindy nature of it. For me it’s not what I want out of a PS4 title and feels more suited to the pick up, put down nature of a phone game perhaps. The low price of entry and semi-addictive qualities of the gameplay loop should gain it some fans however.