Ultra Hat Dimension is the latest from Ratalaika Games, this time from developer Kitsune Games. To crib from the PSN store description, UHD is a puzzle game about hats and people getting punched for wearing them. Right? No, we couldn’t work it out from that precis either.

Practically that means you’re a cute pixel art girl called Bea who has seemingly won the Spluff Kingdom’s annual hat design competition. The aforementioned punching isn’t done by you, but rather the Spluffs who are the denizens of said kingdom. 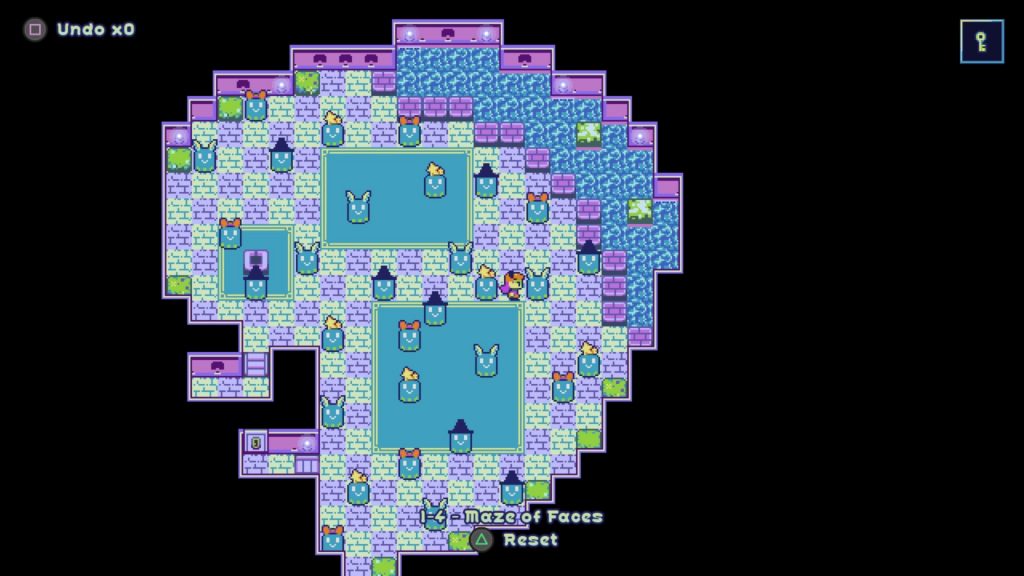 You see, if you’re not wearing a matching hat you get punched. It makes sense in context, trust us. If you’re wearing a hat that matches a Spluff with the same one, you can pass by unimpeded. If there’s a gap between two of them, you can slip through the middle.

As you proceed through the levels on offer across the five themed floors, you’ll learn how the various hat types interact with one another. A mechanic introduced after a little while is that you can sacrifice the hat you’re wearing and push the NPC that’s wearing it. 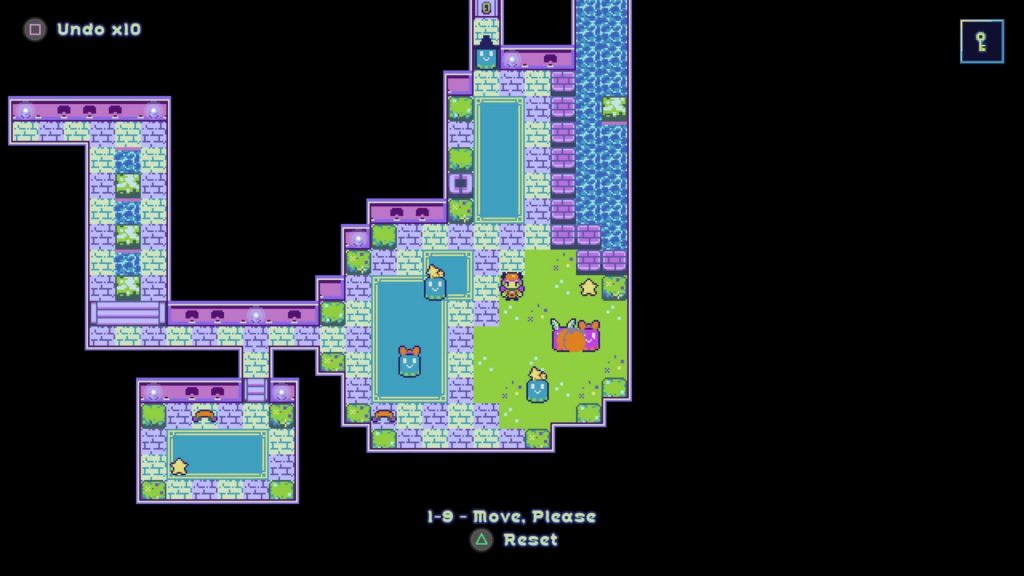 After a while, you’ll realise that some hats get into a ruck with a particular opponent or they punch them for a number of turns until they push away. This comes in handy when you don’t have a matching hat to evade the punches of a hat you don’t have available as a pickup.

The early levels are pretty straightforward and really ease you into the game, but after a while you’ll really need to think about how you approach a level. This being a Ratalaika game the trophies unlock like confetti, in this case once every five levels. 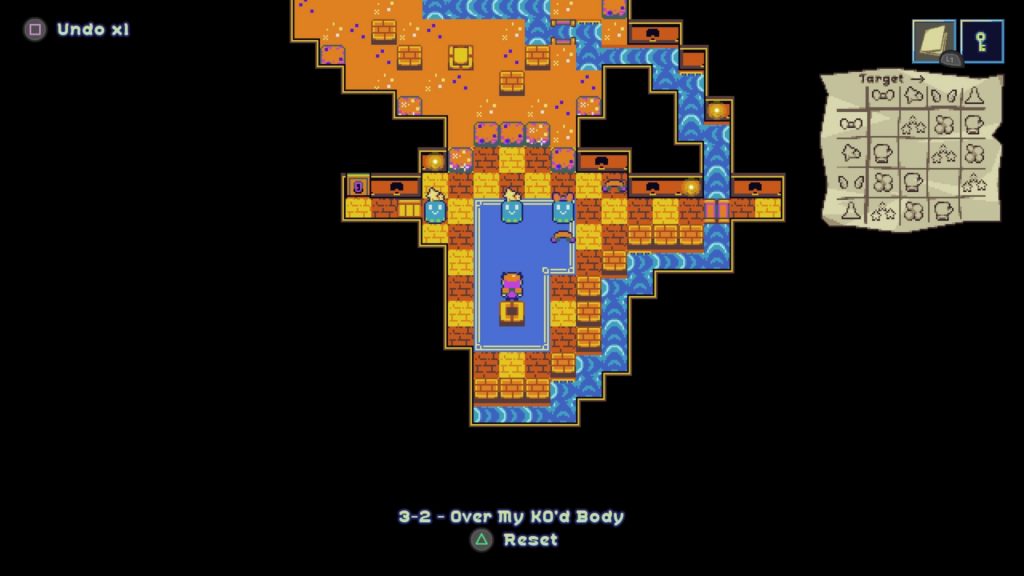 Graphically the style is pixel art, resembling the early Final Fantasy games. Nothing outstanding but does the job. The spot sound effects are fun enough but they get a little irritating after a while.

Across each of the five floors, there’s fifteen distinct levels. The problem is you’ll unlock your final trophy and hence the platinum trophy with another thirty levels to go. UHD is well meaning so we’ll likely return to finish off the game out of courtesy for the easy platinum. It’s not as easy as some Ratalaika releases have been, but in the general scheme of things it is. 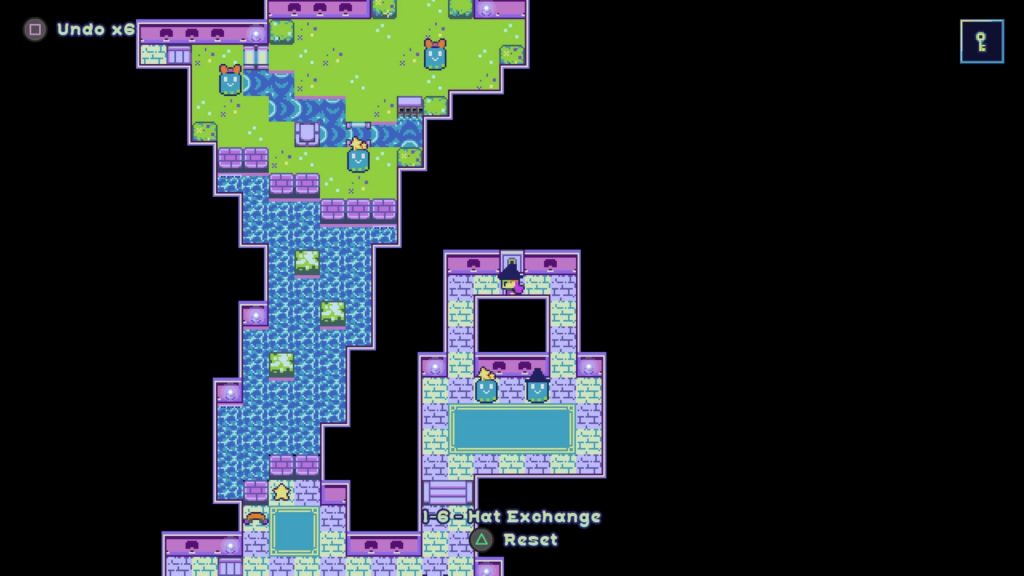 You might choose to burn through all the trophies in an evening, but we found a more considered approach worked just as well. Not like we had any massive desire to go down the pub and get infected, so a slow burn puzzle game did the job.

In conclusion, Ultra Hat Dimension is a fair puzzle game that requires a little lateral thinking to solve some of the more oblique puzzles, but for the most part it’s a straightforward platinum trophy. In fairly typical Ratalaika fashion the trophies are a rinse, but we’d recommend you see out the end. UHD is a nice cup of tea and slice of cake in game form. You won’t want to gorge on it, but small portions work just fine. We’re just sad that Vita ports are no more as this’d work fine on Sony’s forgotten platform.