As luck would have it, we were clamouring for a PS5 redux of The Sinking City as previously reviewed by our man Mike in 2019. OK, perhaps we weren’t, but this is a welcome addition to the burgeoning indie catalogue on Sony’s newest console.

The opening splash screens indicate that “This version of the game has been developed exclusively for PlayStation 5.” Let’s just say that Frogwares and their erstwhile publisher aren’t on each other’s Christmas card lists anymore, but rather than get into it here, you won’t have much trouble finding out with a quick web search. 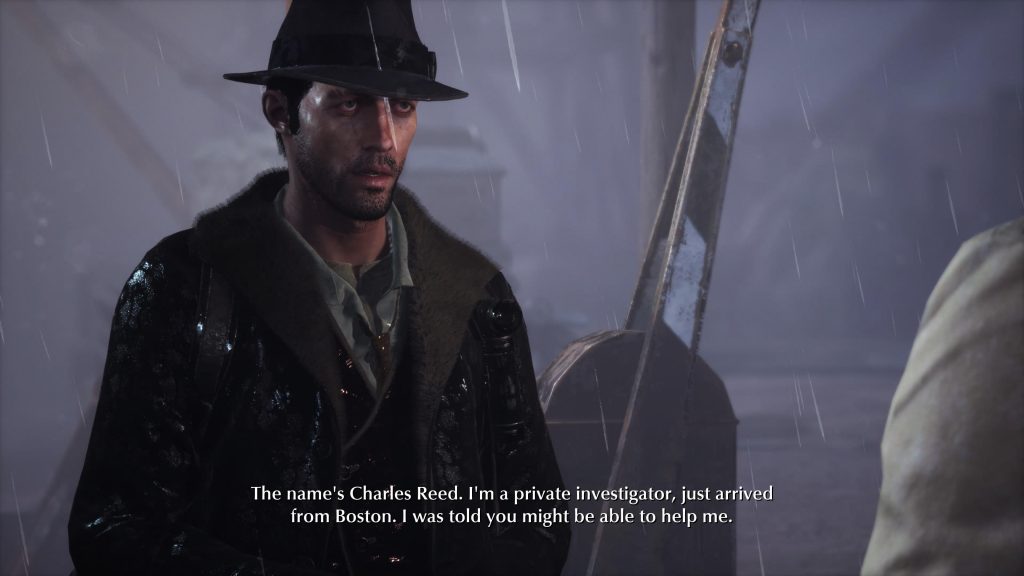 OK, you’re all filled in? You play as Charles Reed, a gumshoe private investigator drawn, as many others with similar haunting visions, to the prohibition-era city of Oakmont, Massachusetts.

Many of the points that Mike made in his review still hold true. There’s still a lack of polish here and a rather hit and miss look to the game. You’ll never feel outright terrified by a monster bearing down on you, more outgunned. Though in the event you die, you’re not massively penalised, more thrown back to your nearest fast travel point. 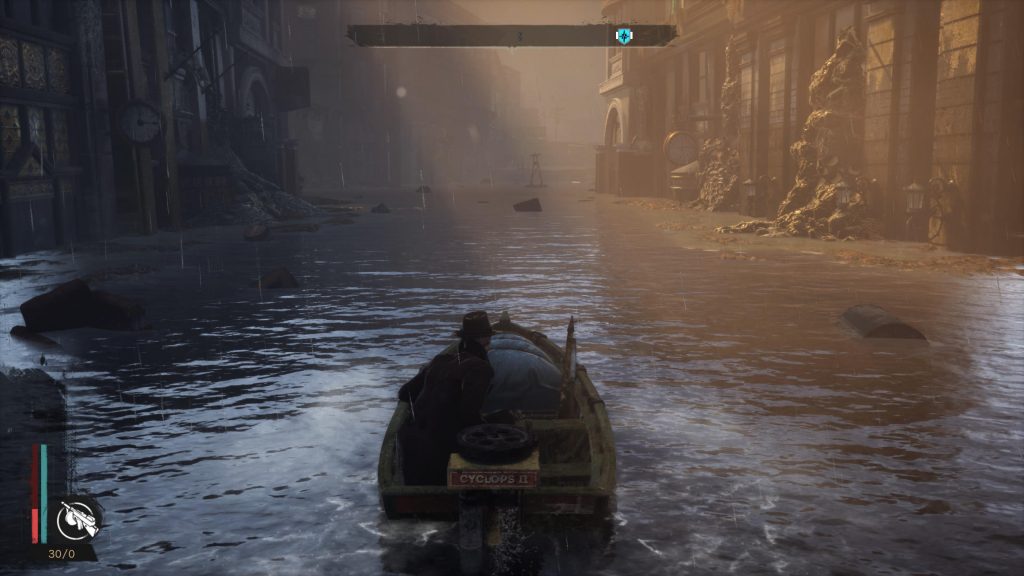 A major bugbear Mike had was loading times. These are pretty much instantaneous now due to the PS5’s SSD, so fast travel is genuinely worth using. Combat remains a weak point, though running away is just as valid a tactic as engaging in a fight. Especially when you get cute as we did and try to complete a secondary objective too soon. Sometimes you’ll find yourself in a fight with a human NPC for no particular discernible reason, other than they decide to start shooting you.

As you’d expect from a PS5 remake, the visuals are all lovely and uprated to 4k, but sadly beyond that and the improved loading times, there’s no use of haptics. Heck, even Yakuza: Like A Dragon on PS4 did more with mobile phone rings being heard via your pad speaker. 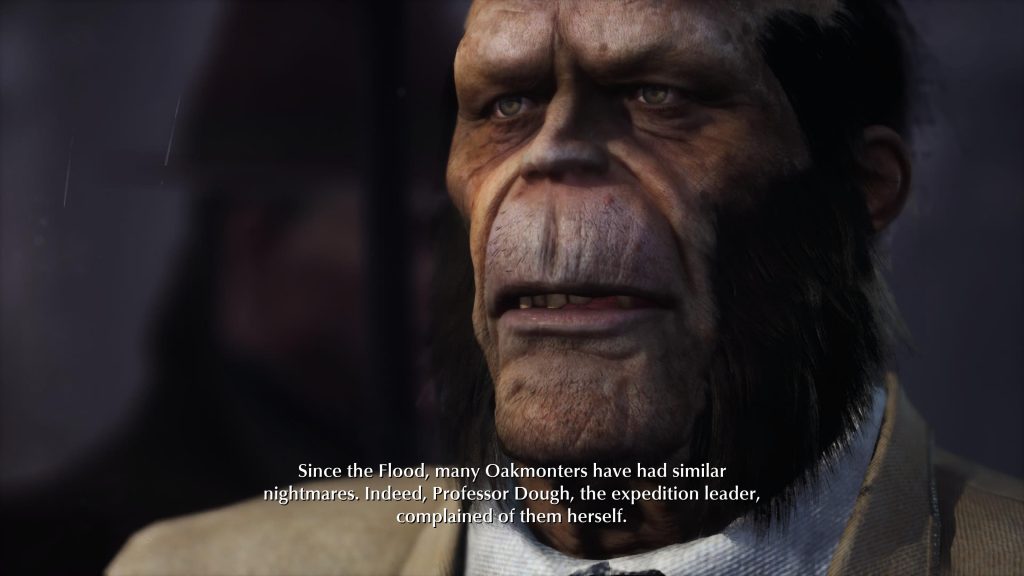 There are several gameplay conceits within the game that could well have taken advantage of the DualSense controller functions. For example, health and sanity consumables use a syringe function to administer and could well have used the adaptive triggers in the same manner as the capsule game in Astro’s Playroom. Similarly, when eldritch visions affect your sanity, the speaker could have been used with otherworldly voices emanating from it.

Frogwares should be lauded on the one hand for ploughing ahead and releasing this on PS5, yet similarly The Sinking City PS5 feels very much like a missed opportunity. The ‘developed exclusively for PS5’ part seems to have missed a trick in not utilising any of the host console’s features beyond load times and 4k visuals. If you’re going to lead with this version on PS5, why not go all out. 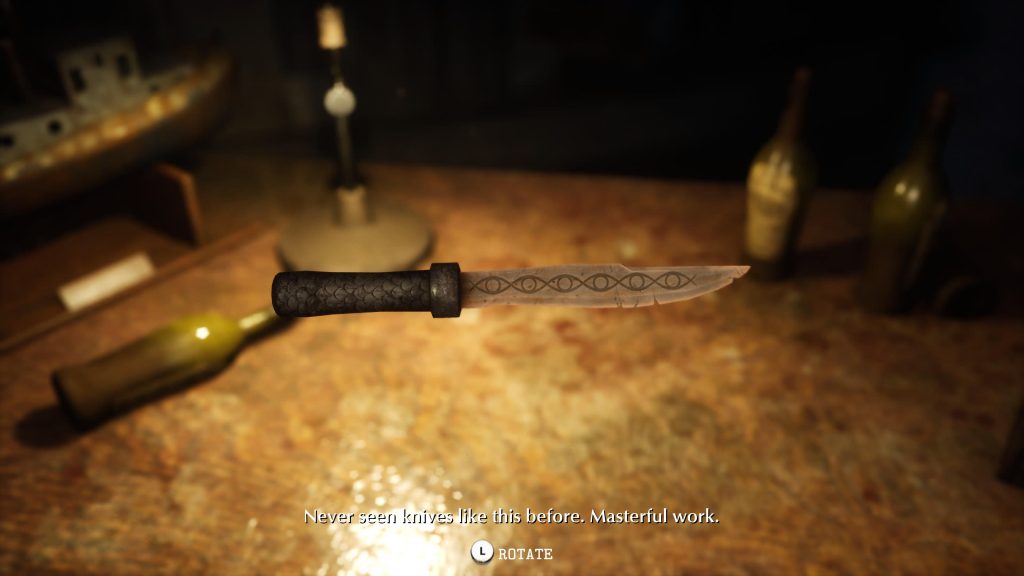 Yes, we get Frogwares are probably operating on relatively limited resources, but we can’t help but wonder whether this could’ve been an essential addition to many players libraries with just a little more care.

Despite our reservations, The Sinking City remains compelling and well worth a play, especially if you’re a fan of deductive reasoning within games. The cases are fun and well thought out and Charles Reed’s weary delivery remains a highlight. Frogwares’ struggles with their erstwhile publisher make this a worthy pickup, we’d still recommend picking it up. Support your indies!

Cons
- Doesn't really add anything new beyond HD visuals
- Combat issues still remain
- Not using any of the DualSense features seems a huge missed opportunity
Summary
The Sinking City is a good Lovecraftian detective game with uprated PS5 visuals and massively reduced loading times from the PS4 version. Well worth picking up if you fancy something a bit different. Just a shame that haptics are underutilised outside the usual rumble.