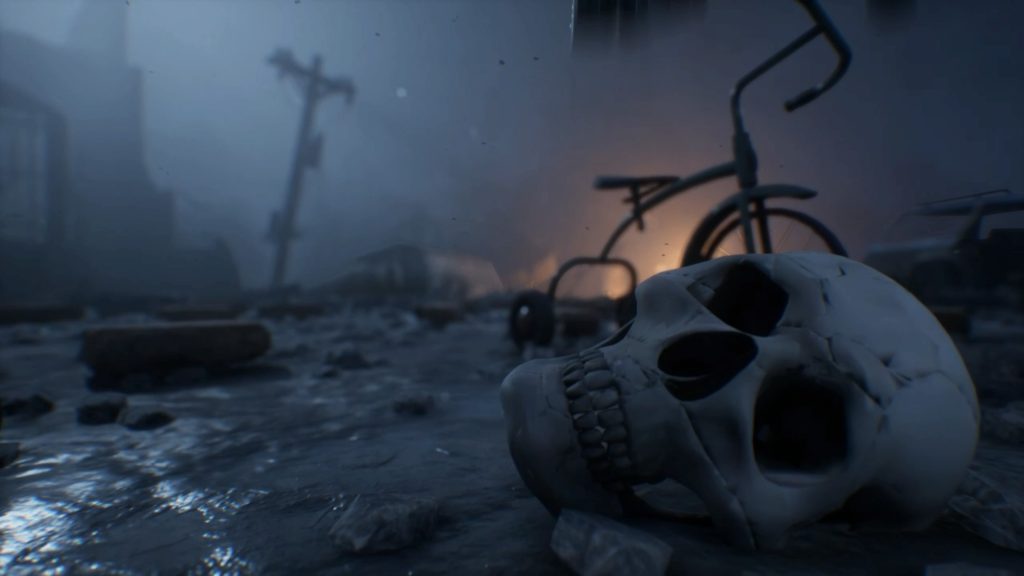 Much like with Aliens, Predator and Robocop, the Terminator franchise is one that I love dearly. Each of the above have one common theme however and that is that beyond the first sequel, things they all begin a death spiral, culminating in such contrivances as Robocop 3, Alien Covenant and Terminator Salvation.There are many possible reasons for the above; you have conflicting directorial visions at play, shifts in technology that dictate elements of the project and then you also have effort and the budget:quality ratio that often dictates the success or failure of a project. 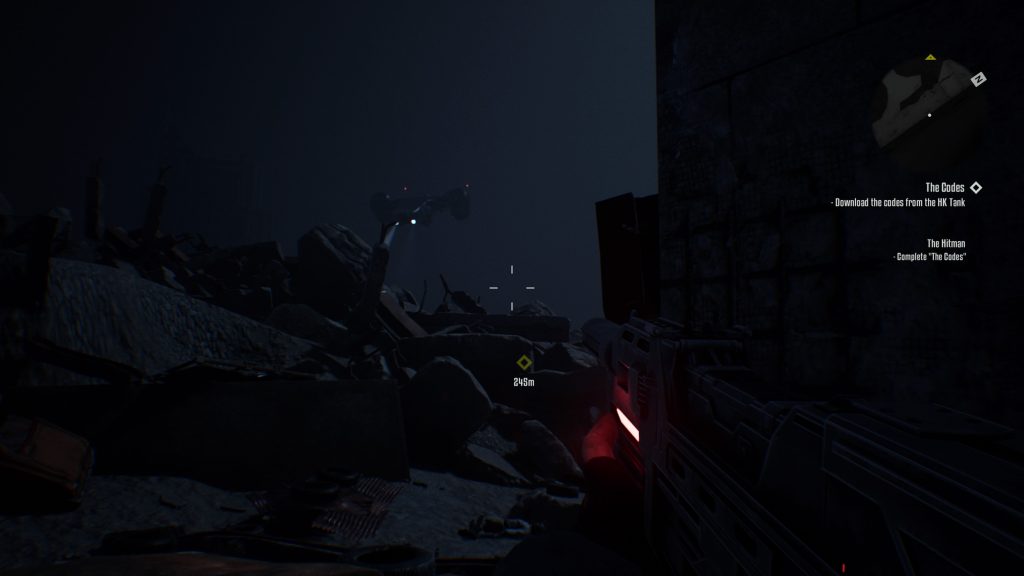 So when I saw Terminator: Resistance, I immediately thought of the Colonial Marines, the Dawn of Fates and the AVP Extinctions of times past. Its not hard to explain why, on paper and trailer, it doesn’t exactly look like it was going to break the mould, especially with the team behind last generation’s Rambo at the helm. Surprisingly however, after sinking an hour or two into Terminator: Resistance, I found that there was more under the surface, a clear love for the franchise with a budget and more time being the only barrier to something that would be considered a fan classic.

Terminator: Resistance doesn’t try to be another ‘Terminator 3’ like Dark Fate, T3 or Sarah Connor Chronicles. Instead, it takes place within the future war setting as seen in T1 and T2: Judgement Day. Teyon immediately win points for this as many others and myself have been waiting to experience the apocalyptic battleground of post 1997 LA. For the most part, it’s here and faithfully reproduced, complete with purple lazers, menacing machinations and towering Hunter-Killer tanks that roll over the bones of nuked skulls. 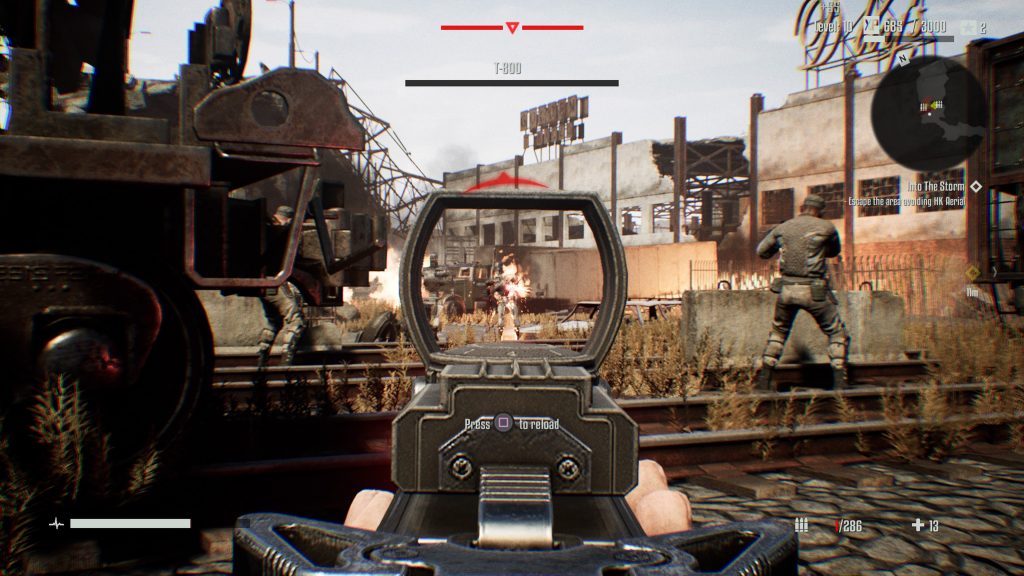 In all of this, you take on the role of Jacob Rivers; a private in the resistance who becomes the sole survivor of his regiment after they encounter the annihilation line, which is the slow moving March of metal which kills everything in its path. Jacob finds himself escaping with a small group of survivors who are trying to put as much distance between them and the T-800 brigade as possible.

As a result of this new forced family situation, you are pulled away from the front lines to focus on assisting the survivor group while also trying to track down your new local resistance group to rejoin the fight and deliver a message to their leader. As an opening crawl, the experience has a somewhat disheartening effect as what could be an action packed war game set during a robot uprising instead becomes a game of scavenging Fallout style for scraps and dealing with menial tasks in a bid to appease your compatriots. 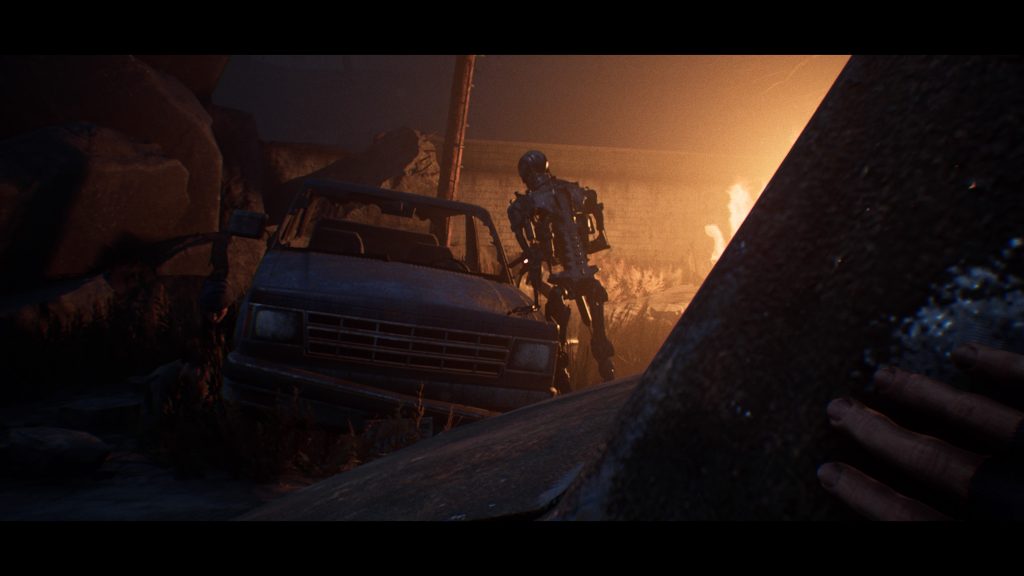 It seems that Teyon took note of Bethesda’s previous work on the Terminator franchise with Future Shock and Skynet as the gameplay almost entirely apes the Elder Scrolls/ Fallout style of stat building, lockpicking, hacking and trash foraging. This takes place in various sandbox areas that allow freedom of movement with pockets of metal enemies in between the various mission nodes.

Missions can be tackled in almost any order, besides the conclusion of the main storyline tasks. Side missions are the ones you complete for your camp and while they can be ignored, if you want the best dialogue options from the team then it is best to complete those also, ranging from collecting errands to capturing Skynet outposts to regain footholds in the world. It would be remiss of me to suggest that this has any consequence however, as this does feel very much like one of the many moral pushing games in the previous generation’s post-Bioshock world. It can also be somewhat demotivating to continue role playing with the survivors when you have to sit through the frankly awful voice acting and contrived dialogue. However, there are some nuggets of good in all of this, hearing the stories of Judgement Day from Ryan in particular is a highlight, but otherwise, the dialogue only seems to exist to push references to the first two films in your face, such as when you are given the choice between naming a dog Max or Wolfie. It’s so on the nose, it’s kind of annoying or fun, depending on who you ask. 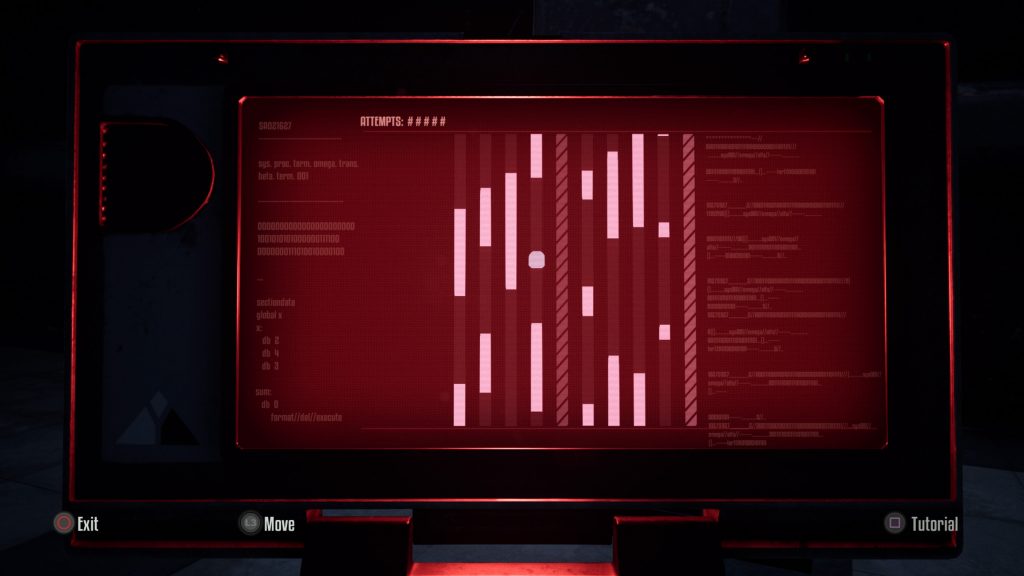 The key thing though is the Terminators themselves. For starters, you are introduced to smaller, critter-like machines that are not much of a threat that can be killed with conventional ballistic weaponry. It takes a short while before the T-800s appear and when they do turn up, they are as menacing as you would imagine, with Jacob being outgunned. It doesn’t take long after this before you are fighting the skinless Arnies and unfortunately they become a bit too easy to beat, especially when you get a few plasma rifles (in a forty watt range) under your belt. There is a ramp up from the T-800s that you meet, but never do you feel the same sense of dread coming up against anything else.

The ease of combat is the big let down, made even easier with the introduction of Skynet chip upgrades that you pick up from fallen enemies. These increase your clip size, firing rate and damage. After just a couple of these you are well on your way to taking down the Skynet central core yourself, with minimal resistance in the way. I do have to give Teyon some kudos for this to a degree however. Upping the difficulty for a more threatening experience does change things for the better, without turning enemies into bullet sponges with overpowered shots. Instead, it makes the T-800s smarter and more capable of performing flanking maneuvers to keep you on your toes. 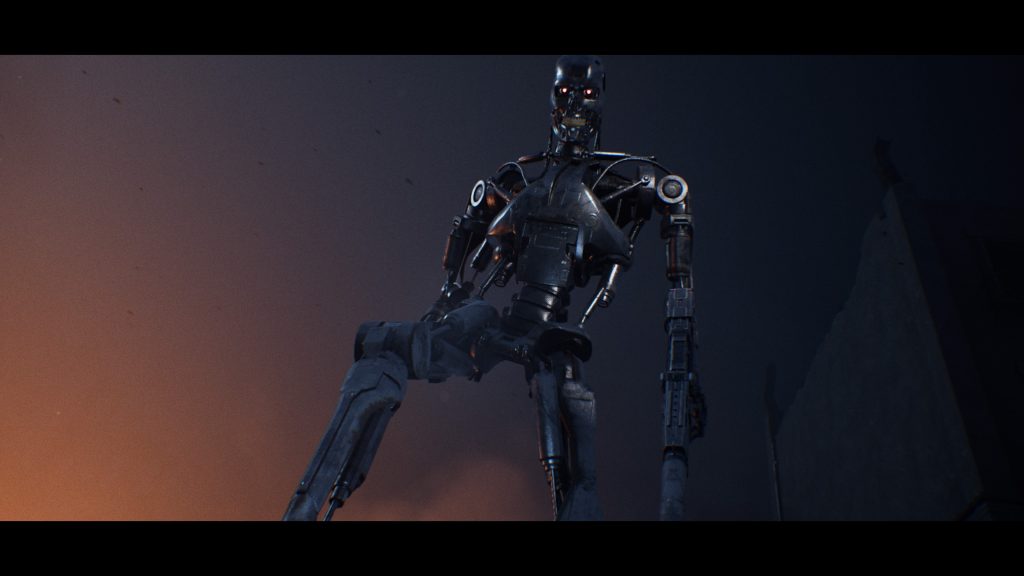 In terms of the overall look and sound, Terminator: Resistance is authentic enough, but it does have the appearance of a last generation movie license game a fact most likely owed to a small budget which is easily the worst part of the game. Not because of what you may be thinking, but because of what the game could have been with a bit more time and money behind it. The ideas, the themes and the soundtrack all come together well enough, if it wasn’t for the cashless execution, then we could be looking at an Arkham Asylum level success. Until such a time that happens, we are still looking at the best Terminator game as of yet, albeit with a much lower margin than there should have been.

Terminator: Resistance
6 Overall
Pros
+ Has occasional flashes of nostalgic bliss, particularly in the larger setpiece moments
+ Doesn't shoehorn you into a particular playstyle or punish you for playing your way
+ Respects the Terminator franchise in ways that the later movie sequels have failed to do
Cons
- Unnecessary dialogue options with no real consequence and awful voice acting
- All too easy, making unstoppable killing machines seem like pushovers
- Ropey gameplay moments and animations that pull away the immersion too frequently
Summary
This is not the Terminator game you have been waiting for. However, in a world that has subjected the license to countless sloppy video game adaptations, Terminator: Resistance shines among them as a beacon of hope. Teyon won't win any awards for this, but there is a clear love for the Terminator franchise and plenty of effort to back it up. Which is more than can be said about most licensed games, past and present.