Her Story‘s a game I completely missed the boat on. Sam Barlow’s attempt at a narrative experience focusing entirely on a police interview raised many eyebrows and critical acclaim. Sam now returns with another desktop detective thriller in Telling Lies. Following up in spirit and structure of its predecessor, this new tale explores lying in a variety of different professions and circumstances. Our main cast of four characters all converge and interact well in what is a fascinating exploration of deceit and voyeurism. 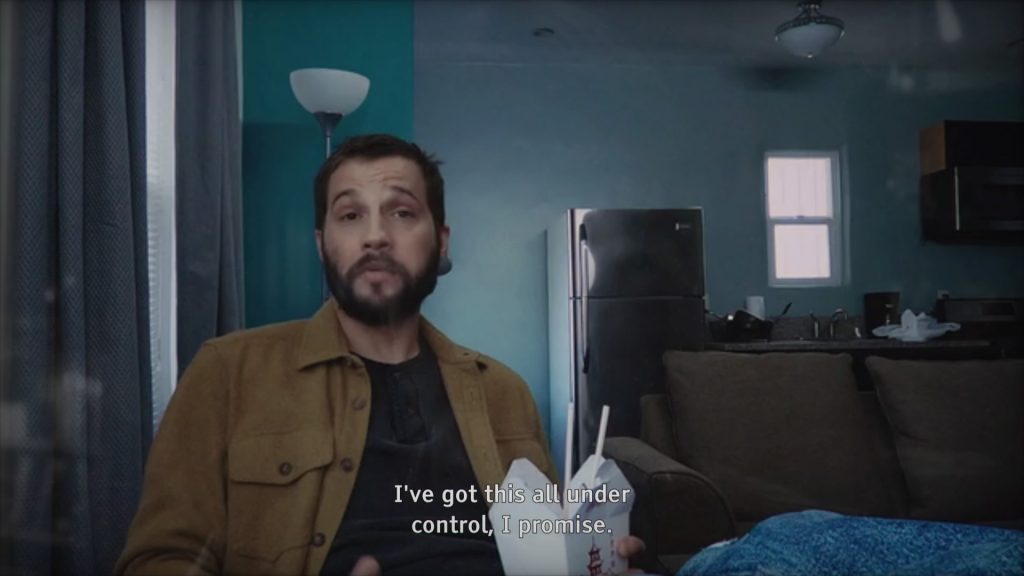 Fittingly, Telling Lies places you in the shoes of Karen Douglas, an FBI agent who returns to work under cover of darkness to investigate the lives of four associates. They’ve been under constant surveillance and it’s up to you to discover why. David Smith is the key figure who connects all of them. He’s an FBI agent infiltrating a protest group in resistance of an oil pipeline. Right off the bat, you’re shown David and his ability to lie to maintain cover and the relationships around him.

Much like Her Story, the gameplay revolves around searching numerous video clips for key words and piecing together a very, very fragmented narrative. You can rewind, scrub footage and tag videos for future reference but I preferred to rely on my memory as I fired through clip after clip. It remains an interesting conceit as many story beats can appear out of order and you can be hours or minutes away from any corresponding context. There’s not a lot to divert your attention. Colleagues might interrupt you or you could spend time playing Solitaire but, for the most part, the game has your full attention. 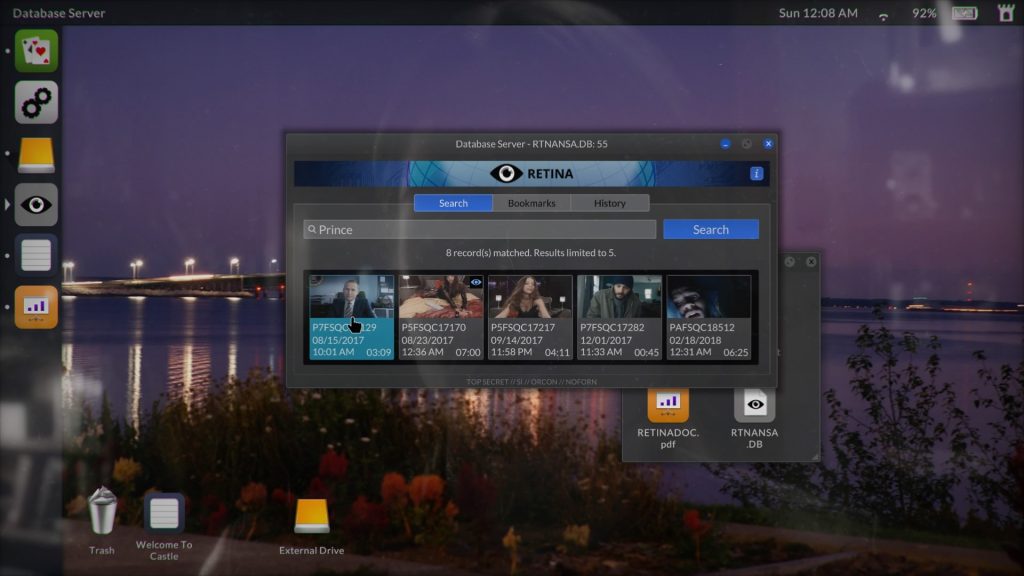 It helps that there’s not a lot on tape that’s superfluous. There’s always something to look for and the small, dedicated cast perform very well. You believe these people are in relationships, know things about each other and, in some cases, don’t. It’s all nicely pitched and, despite the potential for missing pieces, it builds nicely. Despite your potential to deviate or go down the wrong line of questioning, pertinent information finds its way to you.

The writing is stellar and really helps paint a fuller picture of these lives in front of you. Everyone has an intricate story to tell and motives. It’s fun to pick through it and there’s definitely some revelations to uncover. It’s clever and I didn’t find it too confusing or convoluted to follow. They key beats remain memorable so I found it easy enough to recall what video clips related to what conversations. 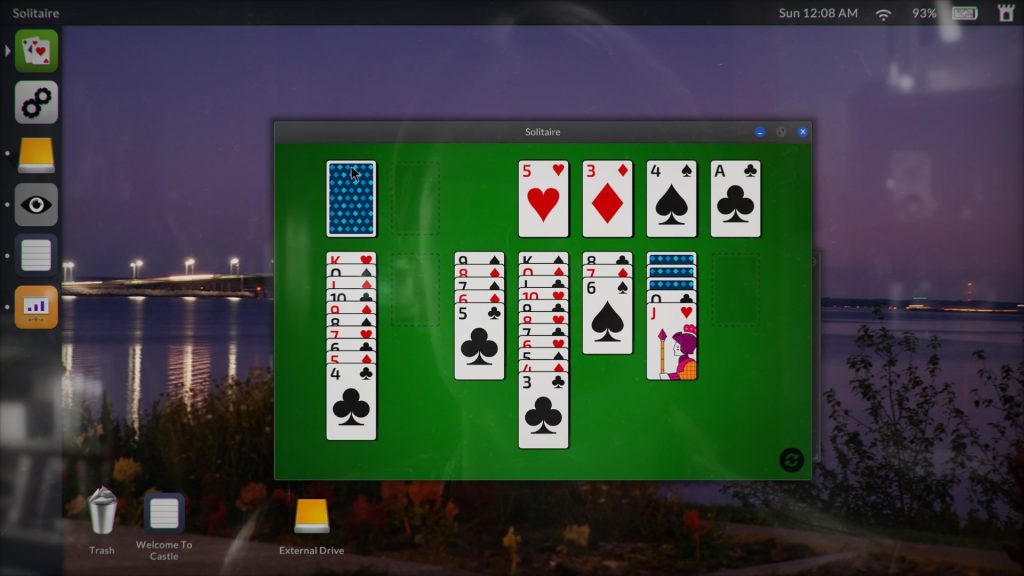 I’ve heard this game described as big budget but I don’t necessarily see it as such. The nature of the footage means you’re seeing a very brief window into their lives. There’s a handful of sets that are really well-designed and the cast prove very effective at emoting and painting a rich picture. Logan Marshall-Green rightly takes a lot of the plaudits as David but the supporting cast all have meaty roles that they execute superbly.

It follows several themes from family, sex, truth and lies and all builds a really compelling picture. I think the expanded setting and the background of the characters help create a story that twists, turns and shows a greater scope. Even when I was finished, I was keen to know more. It does help pray on a player’s voyeuristic tendencies quite well. One thing it does benefit from is having the videos involve conversations between two people. Matching them up can be annoying but at least you’re not completely without context. 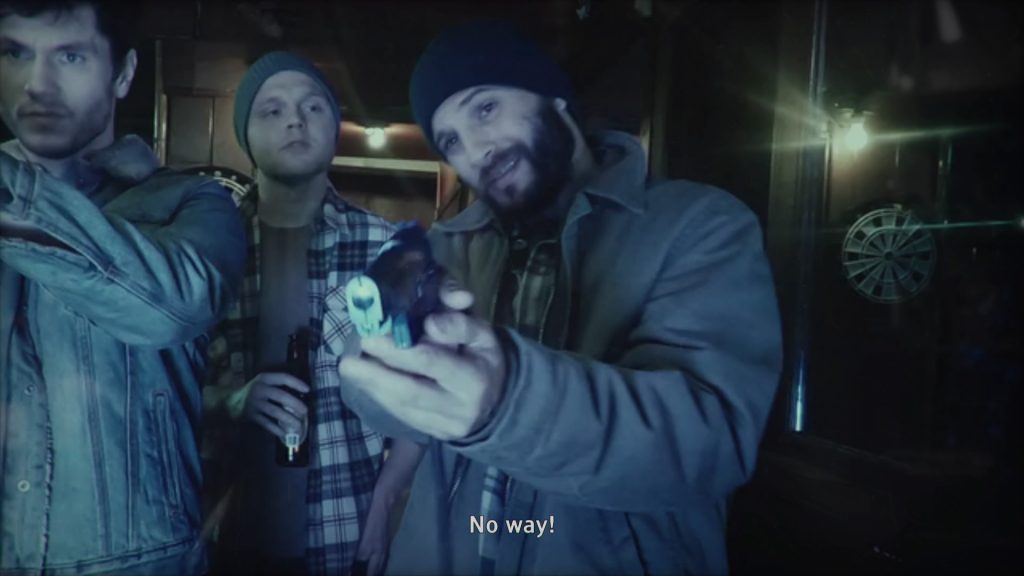 In terms of faults, I do dislike how clips will focus on your keyword and effectively start a clip half-way through. They way that’s presented can feel a little obstructive, as can the fact only the first five clips appear after a search. It forces you to be a bit more focused but the game never rushes you. I have all the time in the world so let me see the full results.  One problem with dissecting conversations is how much of the clips can be taken up by silence.  The longer clips can feel laborious to get through, especially if you’ve already seen the other side of that mirror.

I also have an issue with how the game concludes.  After a certain number of videos are viewed, you have the option to wrap things up.  It does hand power over to the player to decide when they’re done.  Unfortunately, I felt I’d already reached that point maybe an hour beforehand.  Maybe some of my queries were lucky but I figured out the broad strokes of the narrative and spent the last hour scouring for more clues.  I hadn’t really missed anything, the game was just holding me back until a number was reached.  It felt a little arbitrary, without ceremony and it made me start to doubt myself.

It does make me wonder where else this format can go. I guess, with the right casting and story, Sam Barlow can continue to weave these interesting narratives together. At times, it’s incredibly relaxing to play desktop detective and intriguing to construct the lives of others. It could maybe do with a more intuitive interface but it does deliver something engrossing.  Playing this in a single session still feels like the right approach and it does fit with Karen’s investigative work taking place over a single night.

Telling Lies
8 Overall
Pros
+ An engrossing, layered narrative.
+ Great acting across the board.
+ Smartly written.
+ Each clip feels worth seeking out.
Cons
- The dissected conversations lead to some needless silences.
- The video limit seems like an unnecessary restriction.
- The trigger for the ending feels a little arbitrary.
Summary
Telling Lies manages to deliver an intricate and intriguing tale within a format that still manages to engage. Digging through the files and uncovering new information can be enjoyable and insightful. It could do with a few conveniences and the interface still likes to withhold information, but there's a provocative tale here. It's backed up with some incredible writing and stellar performances across the board.