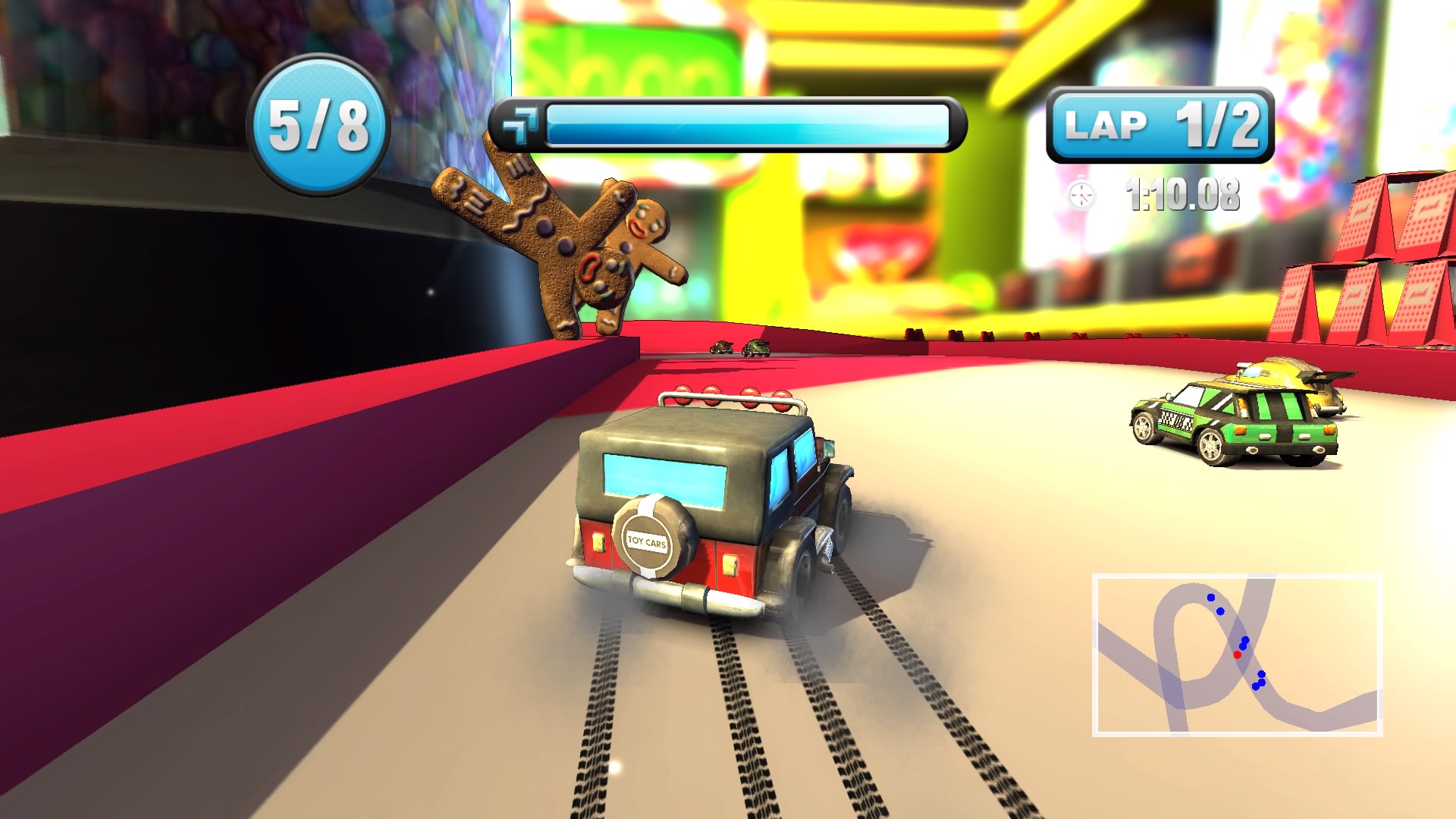 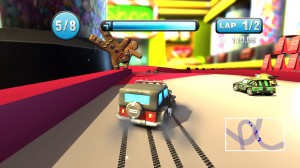 Super Toy Cars is an arcade racing game with tracks based, apparently, in my childhood.  When I was a kid I used to love playing with my toy cars, building extravagant tracks using books and video cases to lay out the track, Super Toy Cars aims to recreate this.

As you are racing toy cars the environments are suitably scaled, with tunnels made from tin cans and jumps made from cardboard boxes.  There are only four locations you’ll race through and whilst each location uses different environmental features, they do end up sort of looking the same.  They don’t compare well to the variety of locations offered in the best of the arcade racing genre.

The handling places huge emphasis on drifting round corners in order to build up your turbo gauge.  This gauge fills up quickly and you are never more than a good drift away from another turbo.  Unfortunately the rest of the handling model isn’t great, with cars feeling somewhat disconnected from the track.  The cars carry an odd feeling of floaty momentum, either stopping dead if you crash, or rotating in some kind of graceful pirouette.  This lack of physicality gives the game a strangely distanced feel even when you’ve just taken a rocket up the exhaust.

There are a range of cars to choose from, each with different stats, and these can all be upgraded to improve overall performance.  The cars look nice and are recognisable as the toy box stalwarts of many a child, from camper vans to F1 cars.  Although they do have different stats, the same handling mechanic underlines them all and ensures they all share that odd disconnected feel. 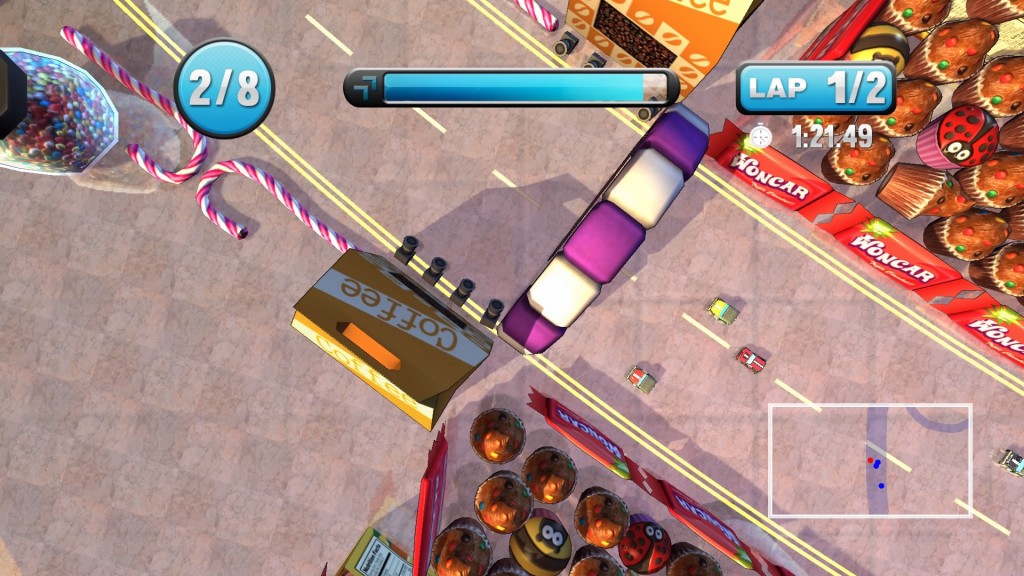 On the track you can weapon pick ups you’d expect from the genre.  These can often be a place for games to showcase flashy pyrotechnics or outlandish ideas.  Unfortunately the pickups featured here are lightweight and generally forgettable with no decent special effects being used.  There is also an overall scarcity of pickups, meaning weapon fire is never a prominent feature here.

Unforgivably this game suffers from some bouts of terrible slow down.  I found this an odd one as things never get truly frenetic on screen.  The tracks often feel wide and sparse and even when all eight cars are vying for first place it’s never overly crowded.  Slowdown seems to be dependant on where you are in the track, rather than what you are doing on it.  There was one bridge in particular which resulted in terrible slowdown each time I drove over it.  For an arcade style racer things need to be fast and smooth, and this game fails to achieve either.

With no online multiplayer things are left to the single player campaign to keep things going.  There is the option of split screen couch play, but realistically this isn’t going to happen all that often.  The campaign offers a series of events from straight up races, to time trails and elimination events.  Generally there is nothing too challenging here and you’ll happily progress with no real issues working to unlock all the available cars.  Rather oddly though the quick race mode allows you access to all the cars from the start, which sort of makes the campaign mode redundant other than for trophy hunters.

Whilst driving you are given the option of switching between the top down view, akin to Micro Machines, or the standard chase cam.  Whilst the top down view provides a neat way to showcase the toy nature of the game, it’s not totally successful.  You need to pause the game to change the camera setting.  It also suffers from too many obstructions on the track, meaning your car often disappears under an overhanging obstacle.  Add to this the numerous instances I’ve had where the game sort of crashes to a black screen and the top down view is one you just won’t use. 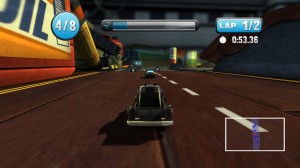 Offering an oddly muted experience Super Toy Cars is a game with a good idea but poorly executed.  Once upon a time you couldn’t have a console without having loads of arcade style racing games, covering characters from everything from Star Wars to FI. The PS4 may only have a handful of these types of games to choose from, but Super Toy Cars isn’t one of the best.

Super Toy Cars - PS4 Review
4 Overall
Pros
+ Novel setting + Enjoyable drift mechanic
Cons
- Terrible physics mean there is no sense of connection to the road - Poor framerate - Never feels as fun as an arcade racer should be - No real sense of speed
Summary
A substandard racer with terrible physics meaning there is no real connection to the road. Despite looking terrible there are regular instances of slowdown and no real sense of speed. This is one to avoid.