For the past few years there’s only been one show in town when it comes to a licenced Major League Baseball game on consoles. Literally in this case, MLB The Show 2020 being the current iteration. So if you’re a developer who wants to produce a baseball game you have to somehow secure the licence, or  go it alone. In the case of Metalhead Software they went with the latter option.

Super Mega Baseball 3 is the third iteration of a series that hit consoles in 2015 with a rather more cartoonish depiction of the players. SMB2 followed in 2018 and two years later we’re lucky enough to be playing the newest iteration. This reviewer played the first two courtesy of their having been included in Microsoft’s Games With Gold programme. One constant that remains from the first two games is a fine game of baseball, the linchpin of which is an excellent franchise mode. 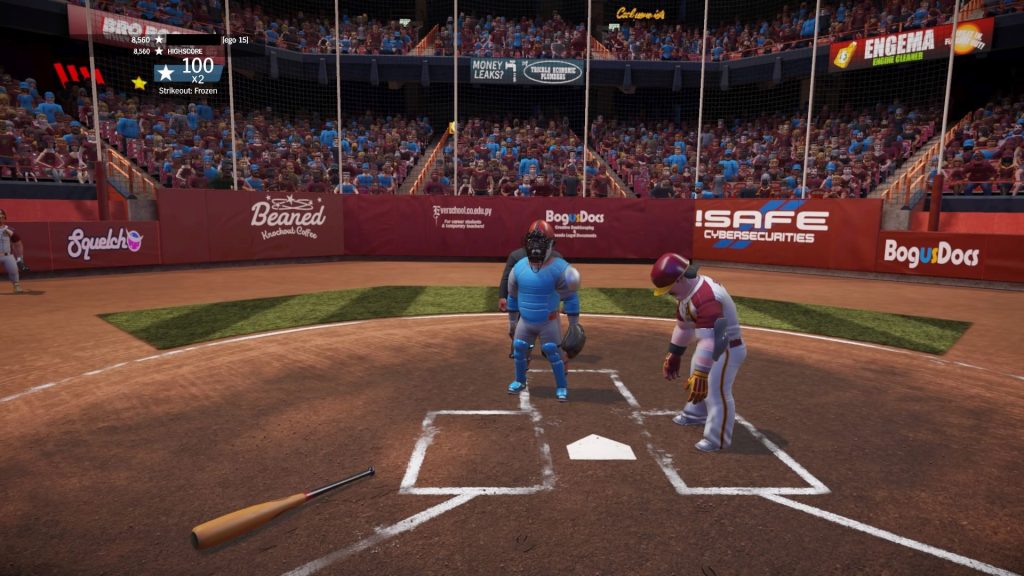 Even on default difficulty (aka ego), the challenge is stiff. Especially when you’re thrust straight into it. This is a baseball game for those already familiar with the machinations of the sport to some degree. Though for this reviewer, that extends to having watched a match from the roof of a hotel in San Diego and having maxed Nicktoons MLB on the 360. No less valid than getting familiar with the rules of our beloved NFL via Madden, but perhaps a little unorthodox. Even so, some of the mechanics might be beyond the reach of non-fans. “Been Caught Stealing'” is a Janes Addiction song for us as opposed to a fundament of baseball for example, but we still had fun anyway.

There’s the usual exhaustive stats and analysis you’d expect from a baseball game. This might mean something to the fan of the sport, but we still remain largely in the dark. Also the font on the stats screen is white on a black background as well as being quite small so we struggled to make much sense of it. We can get behind the daft team photo though, regardless of how irrelevant it is. The tutorial here, such as it is, is perfunctory at best. You’re thrust into the game from the off. We’d suggest you try an exhibition match first, otherwise you’ll find yourself several games behind in the early stages of a franchise season. 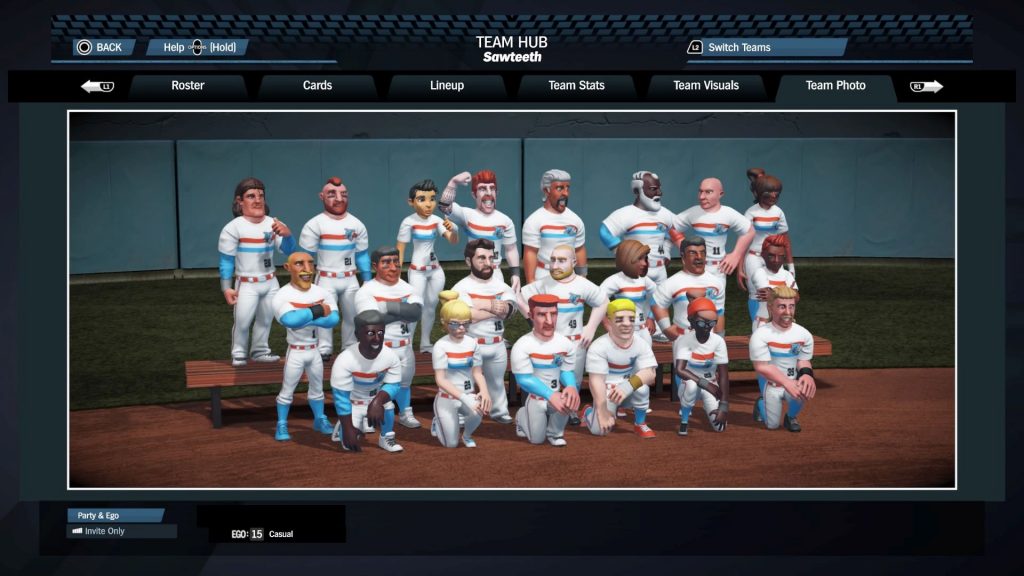 As well as the modes we mentioned, there’s a one shot season but you don’t get to make any personnel changes as you do in franchise mode. To us it seems largely irrelevant when you have franchise mode that performs largely the same function with bells on. In addition there’s an elimination bracket mode in which you can play a tournament that’s as long or sort as you’re minded to play. We opted for best of three when we played our tourney, it still gave us six games to win before we lifted a trophy.

Getting down to the matches themselves, in default mode you’ll play a standard nine inning game where you both hit and pitch. In pitching mode you’ll do best by aiming your reticule to either side of the allowed area. Strikeouts are your friend, just as foul balls are. When it comes to batting you’ll have a mirror image of that which you see when pitching, it’s nice that the UI is shared. 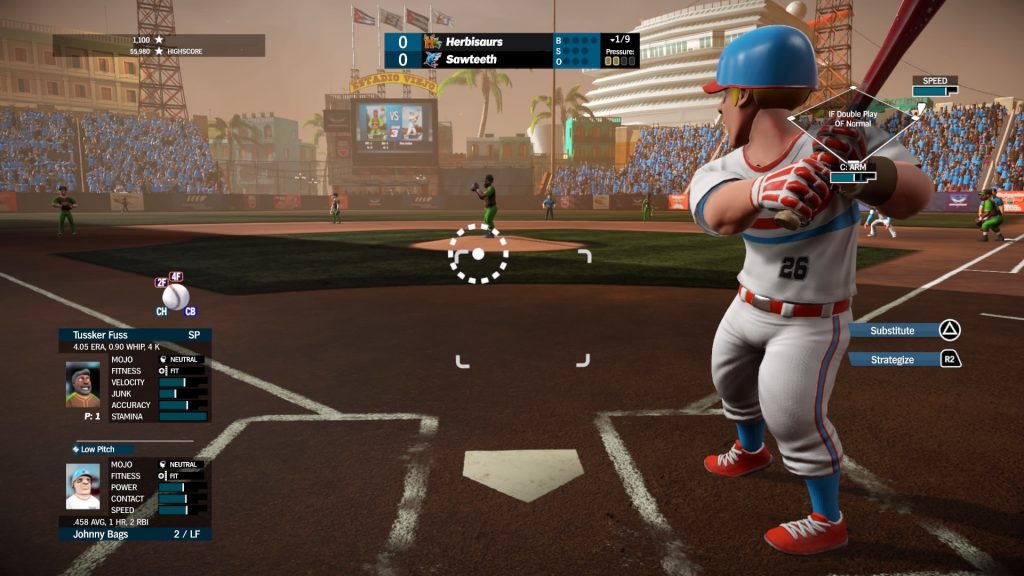 You’ll soon get a feel for keeping batsmen honest, just as you’ll begin to exploit traits of opposing pitchers. In one match we were so dialled in on one pitcher, we almost felt guilty smacking her deliveries for successive home runs. Moreso when we smacked the ball and hit her square in the chops and she went out injured. In addition, if you strike out opposing batters you’ll elicit a variety of responses from resigned shrugs to outright rage as they splinter their bats into firewood. Little deft touches like this are sprinkled throughout.

In conclusion then, Super Mega Baseball 3 is a good baseball game that suffers little from the lack of an official licence. That’s probably a good thing the team we’re most fond of in real life aren’t very good, so we don’t feel guilty playing  as someone else. You can’t really switch off much as a fair bit of concentration is needed to pitch and bat with accuracy, but SMB3 is relaxing all the same.

Cons
- Throws you into it without handholding
- Stats overload can be baffling to non-baseball buffs
- League mode largely irrelevant
Summary
Super Mega Baseball 3 is a good baseball game that does well despite not having the MLB licence. It remains addictive and will reward you with hours of play if you want it.