Super Destronaut DX is the latest effort from the oddly prolific Finnish dev crew Ratalaika Games who are starting to create a very odd niche in the indie gaming sphere. This particular title is their take on the grandaddy of them all, Space Invaders, and while it’s fundamentally different to their previous games, Devious Dungeon and Midnight Deluxe, it shares some things in common.

As with the classic 1978 coin-op, you play as a little ship rooted at the bottom of the screen with just the ability to strafe left and right and you have to shoot upwards on a fixed screen at waves of pixel art alien invaders.  Aside from those  little shields that the original game gave you, you don’t really lose anything from the original game.

However, you don’t get much more either.  Orange ships give you temporary power-ups such as beefier guns, lasers or homing missiles but beyond that, this is pretty much the usual formula with brighter visuals and a smattering of extra modes.  Challenge Mode is the most interesting.  This offers thirty challenges such as reaching score targets, clearing a number of enemies within a time limit or hitting a multiplier target by keeping your combo going without being hit.   These are pretty easy but do offer a bit more resistance in the later stages. 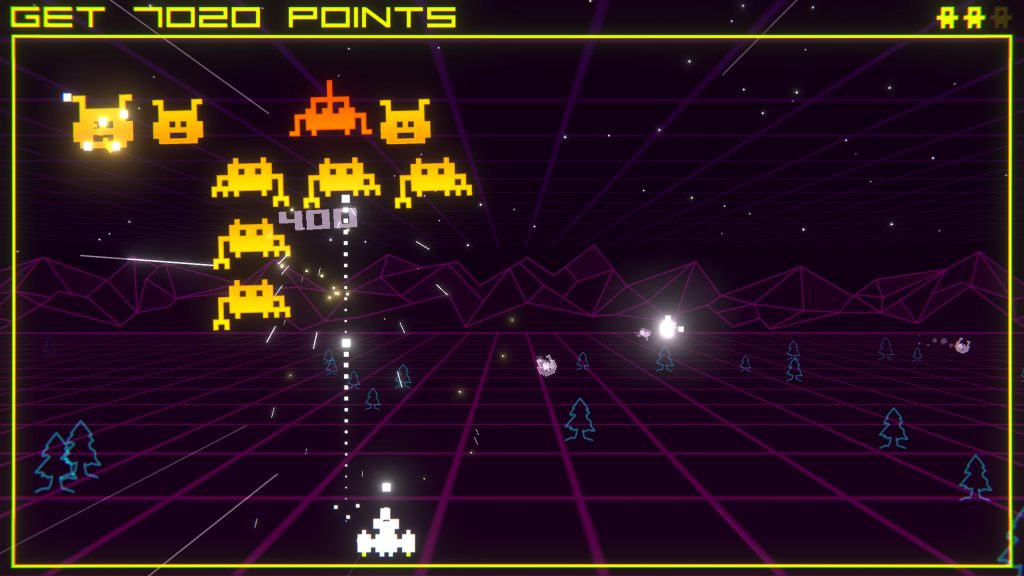 Classic Mode is just you versus endless waves of enemies, Time Attack tasks you with getting as high a score as possible within a couple of minutes and Hardcore Mode sees you facing off against slightly more aggressive aliens.  That is to say that they’ll shoot more often but they don’t sweep down at you Galaxians-style.

So how is this game similar to Ratalaika’s previous efforts given that one was a Rogue Legacy clone and the other was an artsy golf puzzler?  Well that’ll be down to the fact that the game can be platinumed in under an hour.  In fact this might be the easiest yet.  After one session on Challenge Mode I had beaten the game’s ‘hardest’ trophy within 15 minutes without trying.  The remaining trophies required a few seconds of play on the other two modes and were nearly impossible to not get. 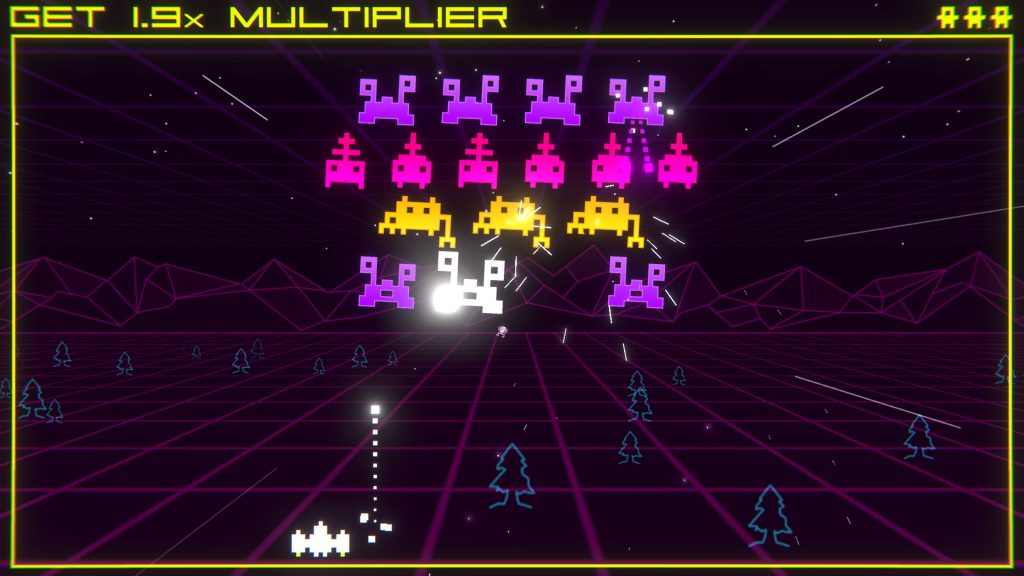 As with Midnight Deluxe, you don’t even have to beat the whole campaign and fans of double-dipping can also get another platinum from the Vita version which is also a key Ratalaika trait.  It’s odd because while I appreciate a trashy platinum or two, it seems like a deliberate move to get some sales from you trophy whores out there.

That’s not to say that the game is a lazy effort.  The presentation is actually very slick with bright, neo-retro visuals representing the action while an original Battlezone type backdrop scrolls ever into the screen.  The core gameplay is also reasonably well put together but what the game lacks is a reason to keep playing.  By giving away the goods so easily, there’s no reason to try for better scores and you’ll have seen everything the game has to offer in the first minute or so.  That’s why all of the screenshots look so similar on this review. 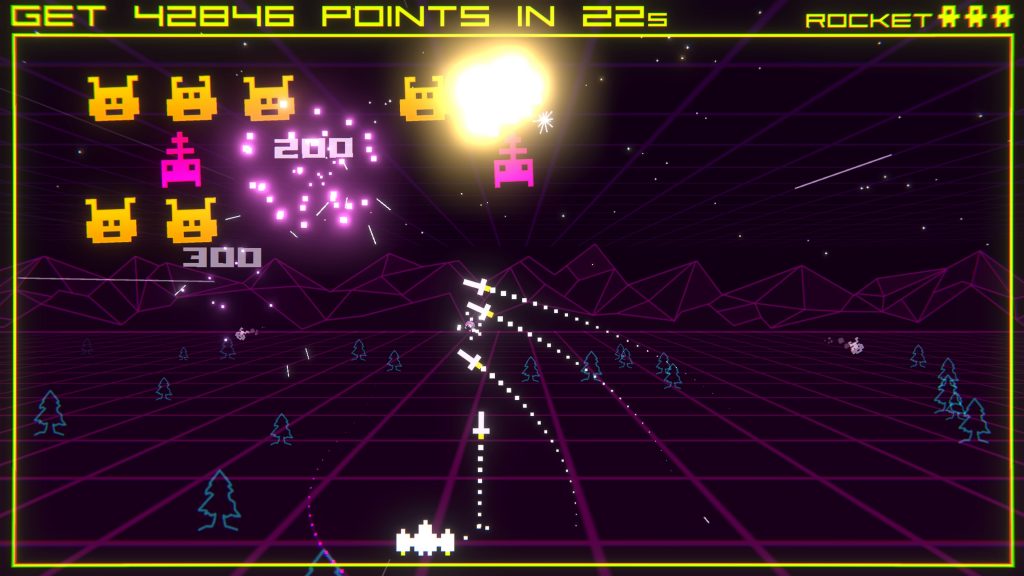 That all has the unfortunate effect of making the game harder to review.  What can you say about a game that appears to have been designed for way less than an hour’s play?  I’m at 543 words and I’ve told you everything I can about the game.  At least anything that matters.

All that is left to say is that while I actually really dislike the original Space Invaders (it’s the dullest of the classic coin-ops), Namco have managed to put out some fantastic sequels.  Space Invaders Extreme, which this game looks like a lot, had that excellent scoring system while Space Invaders: Infinity Gene was a stylish reimagining with fantastic weapon design.  This game is just a very easy take on the original game with a few power-ups that make it even easier.   I eventually stopped playing the game’s Classic Mode after a while because I was in absolutely no danger of losing all my lives before exhaustion was going to set in.

What that ultimately means is that you’ve got a well-presented, and even well-programmed, shooter here with zero longevity from a talented crew who ultimately need to step up their game now.

Super Destronaut DX
4 Overall
Pros
+ Nice visuals
+ Very playable
+ Cross buy
Cons
- No real challenge in most modes
- Very samey throughout
- Visuals never change
- Doesn't do anything with the Space Invaders formula
Summary
Super Destronaut DX is a colourful take on the Space Invaders formula but is so devoid of challenge and fresh ideas that it becomes impossible to recommend, despite being reasonably well put together.