We love indie games here at PlayStation Country and proudly give exposure to a range of small indie titles. We also aim to be fair and honest in our reviews taking into account the limitations inherent in creating an indie title, working with no budget and often working alone or in small teams. I’ve no idea how to make a videogame, but I know that it must take drive and ability to create something and I appreciate a lot of effort would have gone into making Still Time. It is therefore hard for me to write this review because at the end of the day Still Time has some serious flaws.

Still Time is a puzzle platformer in a pixel art style and with the hook of being able to rewind time in order to solve the puzzles. You control a guy who can jump about and hit switches to open doors and rewind time to create a past version of himself to then hit switches together or in a specific order. As a gimmick it is pretty neat and is similar to the time manipulation stuff that was in Braid, although not implemented anywhere near as well. 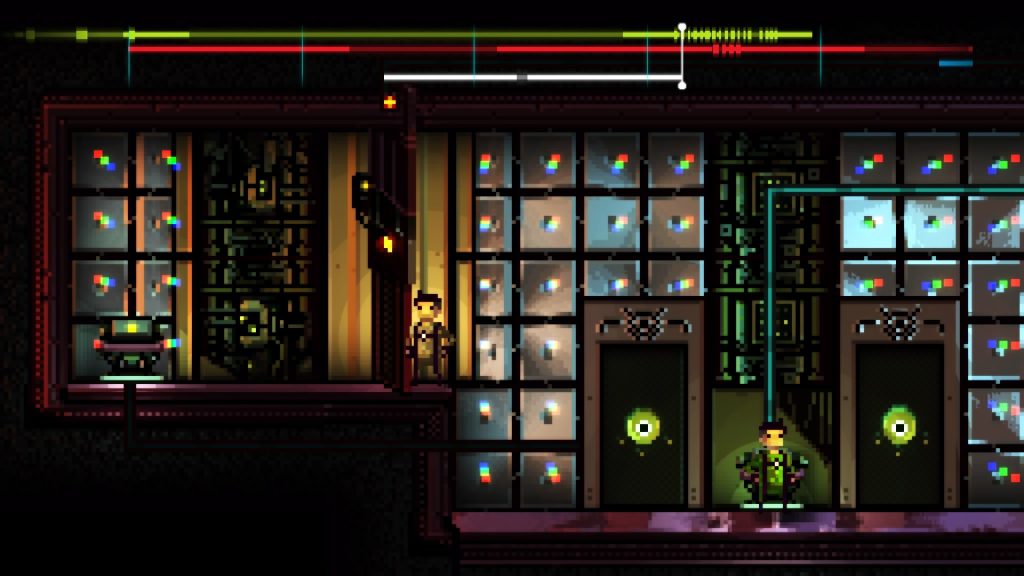 To start with the positives it all looks nice enough with a chunky pixel style and some detailed backgrounds.  The story plays out in a facility which is in the process of breaking down, think of the latter stages of Portal . There are also a few neat tricks with perspective with the camera zooming in to your character every now and again and the level select screen is well presented too. Disappointingly this is pretty much where the positives end.

When you play Still Time you’ll notice a problem with the controls which feel oddly sluggish and non-responsive.  It’s not quite a second delay but there definitely feels like a delay between pressing a button and either moving or jumping on screen. Thankfully this isn’t a fast paced game which relies on precise inputs, but that’s damming with faint praise.

The key problem for me is the odd way the rewind mechanic works, or probably more accurately, doesn’t work. A text box pops up early in the game to explain that time can be rewound with the L2 button, but through my experience this isn’t always the case. I’d be happily pressing L2 and nothing would happen but I’d get a small red icon in the upper screen, presumably indicating time rewind isn’t working. The game provide absolutely no other guidance over how time rewind works and as such I was left totally bemused over why my attempts to get it to rewind failed most of the time.  What really boggles my mind is that sometimes rewind would work but then for no apparent reason wouldn’t the next time I tried it. 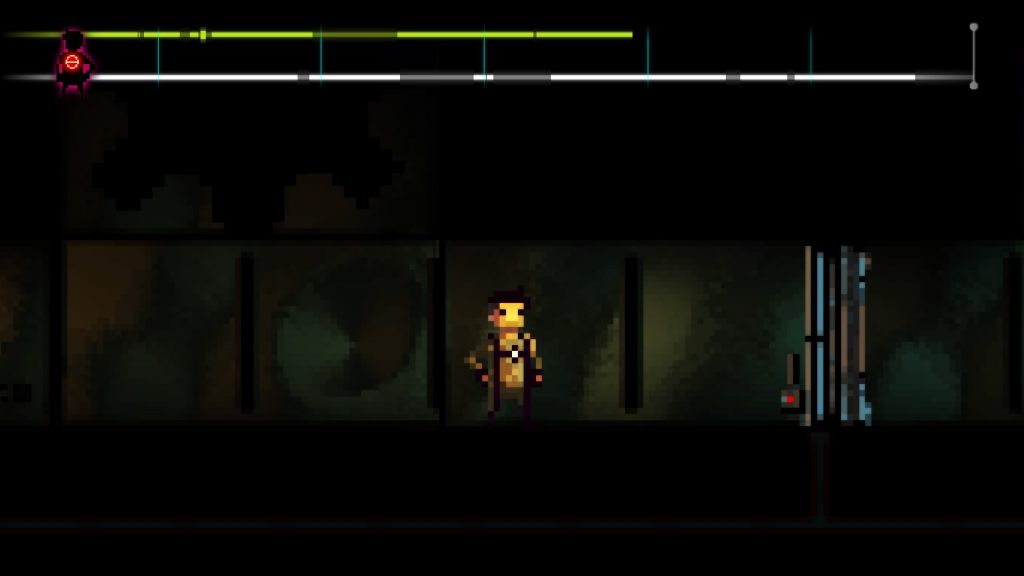 The fact I couldn’t get the rewind function to work as I’d expect it to fundamentally broke the game for me. I’d see puzzles where I’d need to hit a switch, rewind time to get my past self to hit the switch to then allow my present self through a door.  Only I’d be unable to rewind time to get my past self showing on screen.  This would stop me progressing in the level.  Some times resetting the level would solve this issue and rewind would seem to work, but other times that would do nothing as well. The issue was so sporadic that I still don’t know why rewind doesn’t work, it could be a bug or it could be I was doing it wrong but the game provides no detailed explanation over how this rewind works  other than to say press L2, which didn’t work for me.

Now admittedly I didn’t get too far into this game, mainly because I struggled so much with the rewind function. But the puzzles I saw were starting down a worrying trend.  Pretty much every one required me to hit a switch to open a door, but then use the rewind function to hit the switch again.  There were flashes of better puzzle design later on but even these were simplistic in their approach.  For me the challenge in the levels wasn’t figuring out how to get to the end, but in how to get the rewind function to actually work. I also came across an odd bug in the game where certain levels would mark off as completed if I went back to the menu, even though I hadn’t actually completed them. 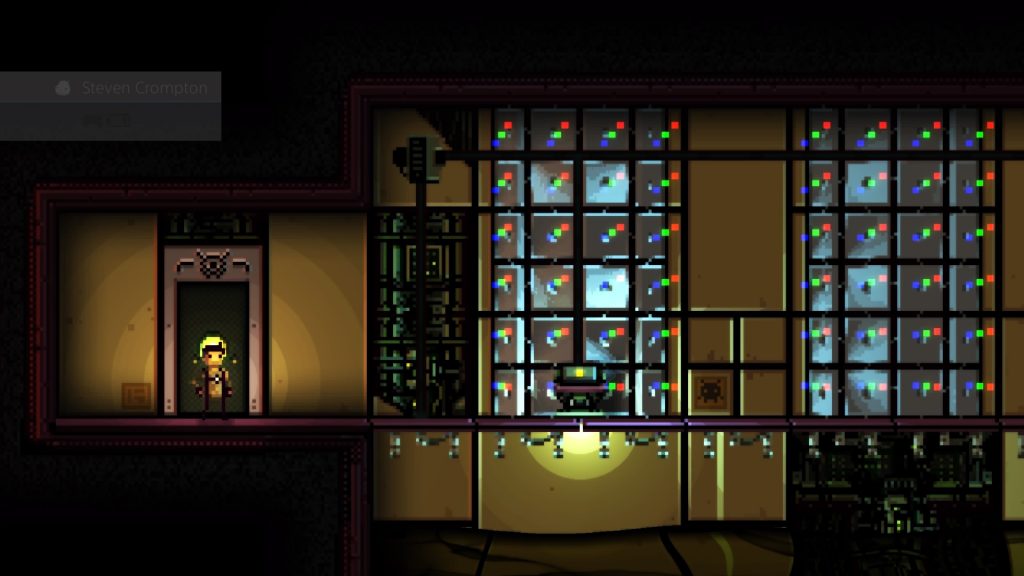 Given I found the time travel aspect to be so deeply flawed I also started to notice the other short comings of the game. There is an overall lack of any kind of front end here and lack of any kind of polish to the game.  The pause menu is basic, giving only the option to quit to menu or restart and the music is ambient to the point of non-existence. These are all aspects which on their own wouldn’t be an issue but given the core problems I have just make me feel more disappointed.

At the end of the day then we have a game which is barely playable.  The key conceit of time travel doesn’t work as I would expect it to and this pretty much breaks the game. Whilst the graphics are pleasant enough and there is the hooks of a decent story, the actual gameplay is deeply flawed and basically not enjoyable.

Still Time
3 Overall
Pros
+ Nice art style.
+ There is the hooks of a decent story.
Cons
- The key time rewind aspect of the game doesn't work.
- There is an odd kind of input lag to the controls.
- Lack of variety in the puzzles.
- The front end menu and pause screens are bare bones and of a low quality.
- There is a lack of any decent musical score.

Summary
Still Time is a puzzle platformer in a pixel art style and with the hook of being able to rewind time in order to solve the puzzles. Unfortunately this rewind mechanic doesn't work at all well, sometimes refusing to allow you to rewind at all. This all but renders the game unplayable and isn't something I can recommend.