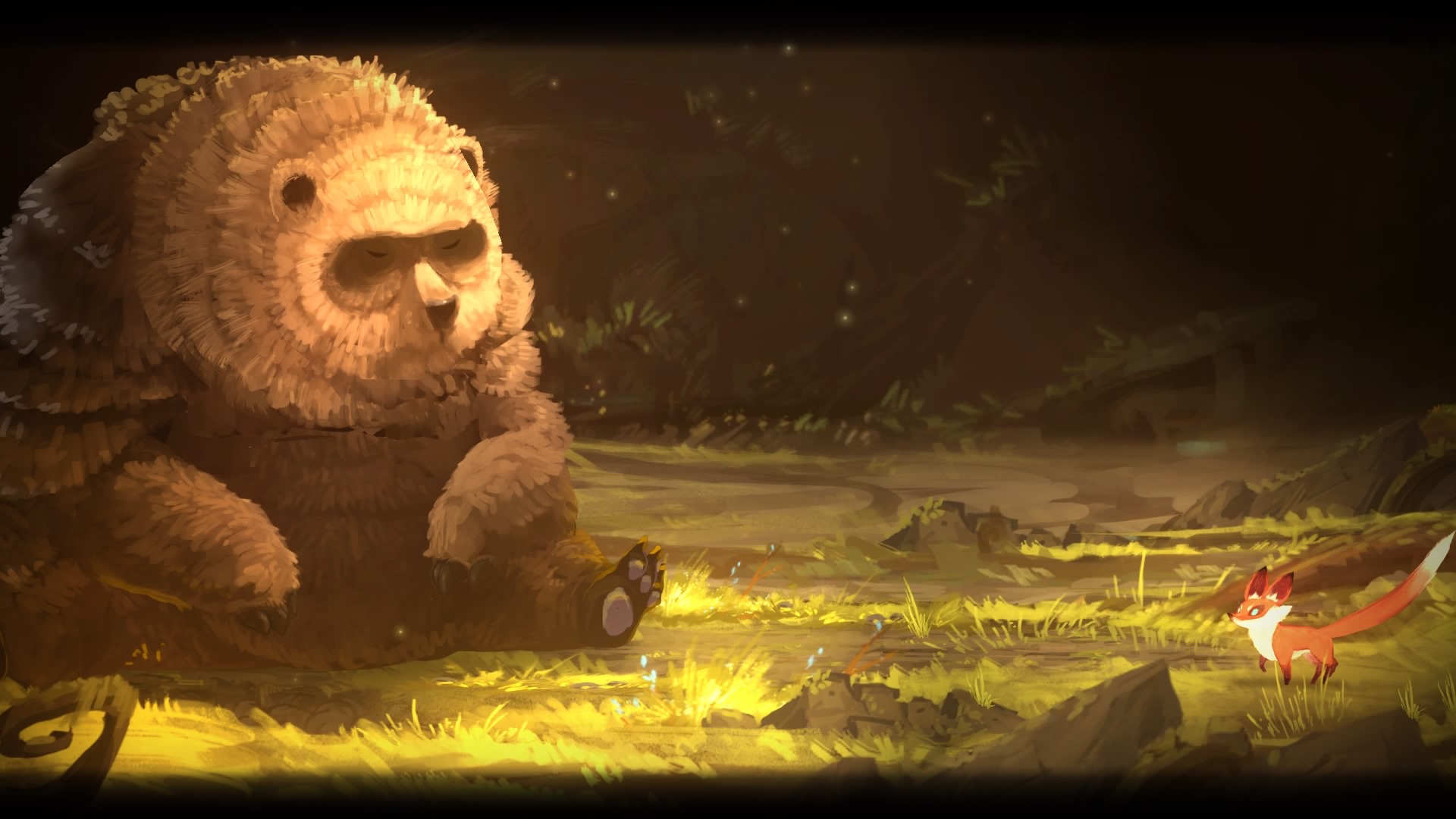 Sometimes games come out and immediately get people talking about “games as art”, Seasons after Fall sits right into this category. From the off you’ll notice the gorgeous hand drawn art style and the lush orchestral score, but are these artistic styles enough to make a good game?

What we’ve got in Seasons after​ Fall is a puzzle platformer with a magical nature setting. You’ll get to control a fox who, through a bit of magic, gets power over the four seasons. You can cycle between the seasons and this will magically change the level. Winter will ensure water gets frozen whereas autumn will bring gusts of wind and mushrooms. The entirety of the puzzles you’ll face are based around this season changing mechanic, making water freeze so you can walk over it or making leaves grow as makeshift platforms. 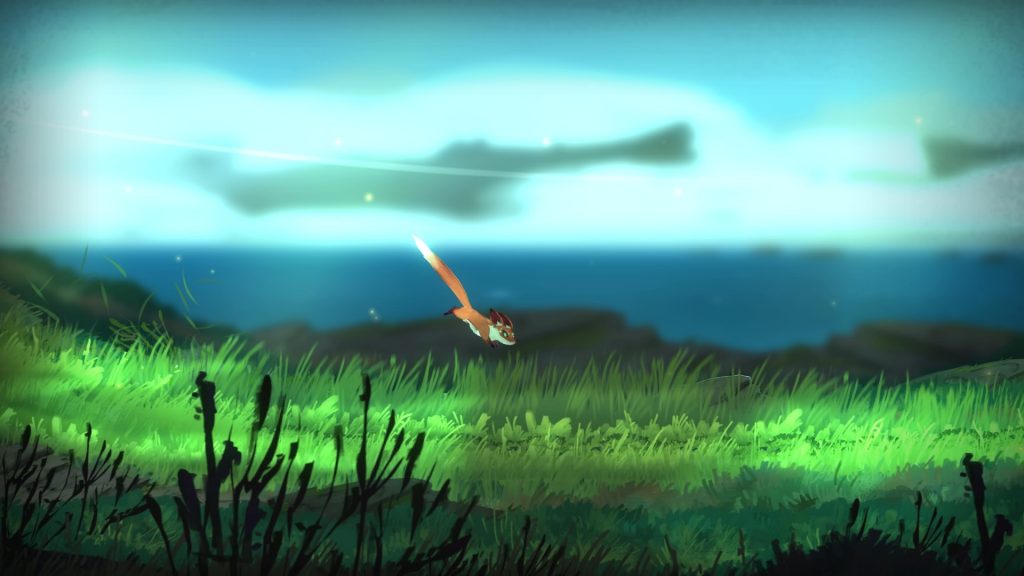 In order to gain control of the seasons you need to travel to one of four areas, speak to a guardian and then escort the season power back to the central hub you just left. These areas have simple puzzles to complete but may take you a bit of time to figure out. There is nothing too difficult about the actual puzzles, but many require a bit of backtracking or have pretty vague solutions which aren’t necessarily signposted too well. This often results in a lot of time wandering round gazing at the slightly out of reach location wondering which season is needed to trigger a switch. 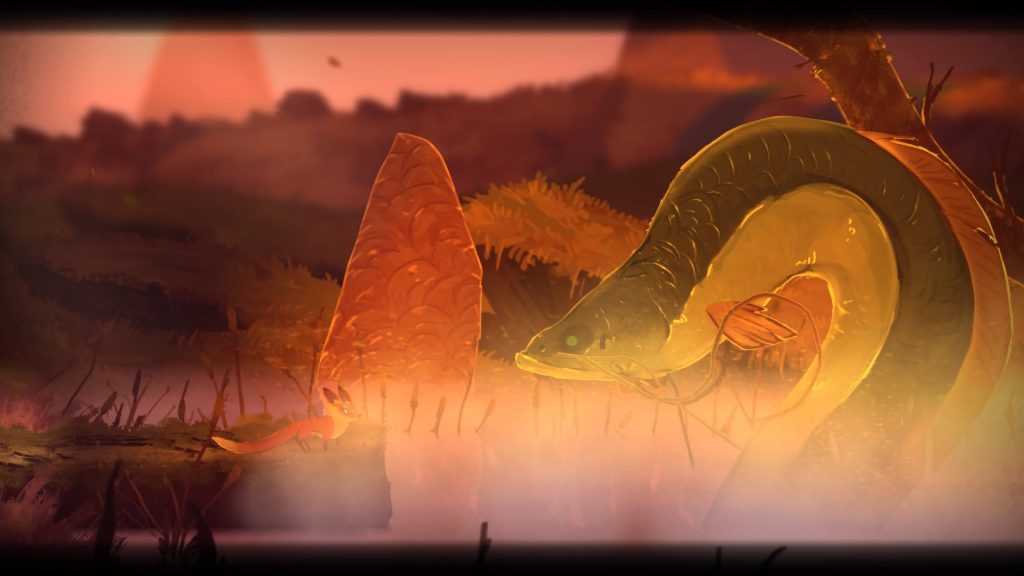 Once you’ve been to, and returned from, the four areas you have to do this again but this time looking for a different goal. Repetition is the biggest problem with Seasons after Fall. In reality you’ll be going over the same four locations up to for times in order to see the end of the game and, regardless of how nice they look and how they change with the seasons, they are still basically the same levels with very similar puzzles, boredom sets in quickly.

Another issue I had was with the controls as they aren’t as nuanced as I’d liked them to have been. The bulk of the gameplay involves jumping between ledges or over gaps and, while there are no instant deaths to punish a missed jump, missing a jump is a constant worry. Your fox controls a little sluggish and turning and jumping is nowhere near as tight as you’d find on other dedicated platformers. Perhaps​ this could be down to the fantastic animation, as the fox looks wonderful in motion, but whatever the reason jumping isn’t as tight as I’d of liked. 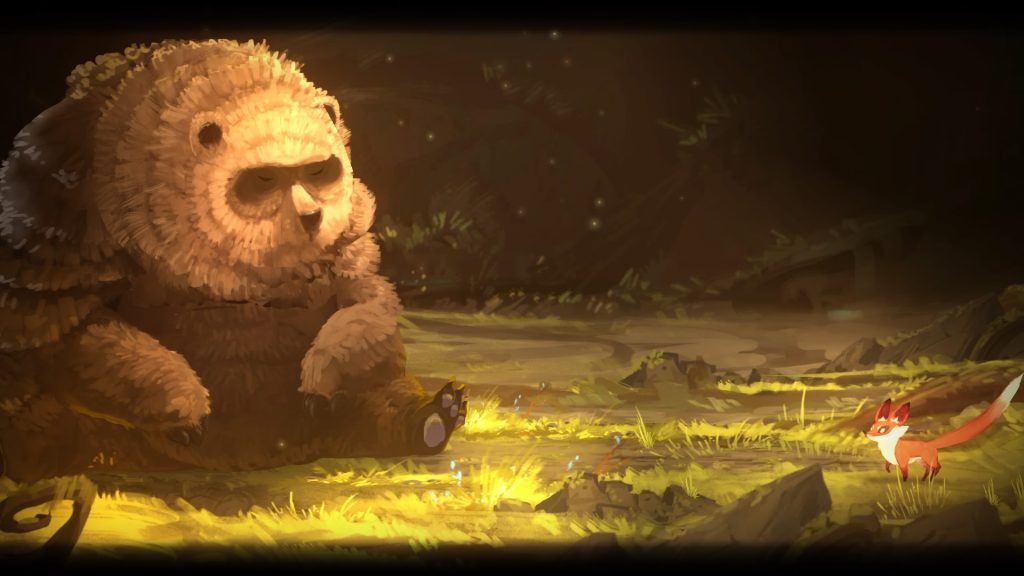 Visually Seasons after Fall looks beautiful in a hand painted way. The game does a great number in depictions of nature and the bushes, trees and rivers look good enough to be hung in a gallery. One thing which stuck out for me was the way the puzzles blend perfectly in to the background, often it was hard to spot the objects I could interact with as they became one with the background.  This gave the game a sense of completeness and a sense of place which made it easy to get lost with. 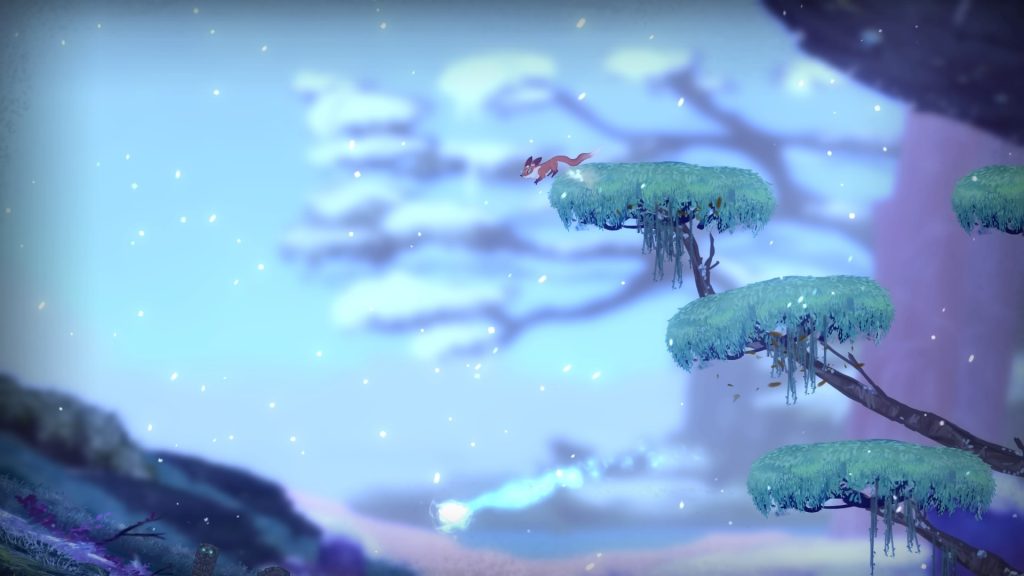 Surprisingly​ for a game which rocks the artistic vibe as much as Seasons after Fall there is a story here too. It is presented through some decent voice work and attempts to set out a mystical tale. The first half of the game is narrated by one person and then after a plot reveal the narrator changes. I wasn’t really surprised by this change as I’d guessed the reveal well before the event. Maybe because of this the story never gelled for me and I was left feeling a little cold by it.

Coming back to the question of games as art, I’m of the opinion Seasons after Fall has definite artistic merit even if this comes at the expense of gameplay. The animation and graphics are truly wonderful to look at, and the voice work and music tie everything together but, the repetition in the puzzles and copious amounts of backtracking means, it is not as fun to play as it is to look at.

Cons
- It gets a tad repetitive about halfway through
- The laid-back nature of the gameplay won't appeal to all
- None of the puzzles are difficult, relying instead on backtracking
Summary
Seasons after Fall has definite artistic merit even if this comes at the expense of gameplay. The animation and graphics are truly wonderful to look at, and the voice work and music tie everything together but, the repetition in the puzzles and copious amounts of backtracking means, it is not as fun to play as it is to look at.