Runbow from 13Games is a port of the 2015 Wii-U party platformer and two big clues to the game’s nature are found in the title.  You run and colour has a big effect on the gameplay.

The core gameplay involves you running across a 2D level, jumping on platforms and generally trying to survive and while the game offers no real tutorial, you’ll soon figure out the main danger to you is the colour-switching background.  This is because platforms only exist when you can see them and so if you’re about to make a leap for a red platform just as the backdrop turns the same colour, you’ll likely fall to your death.

The backdrop is constantly switching too.  It gives you a quick indication of the colour it’s about to change to and then that colour will sweep across the screen wiping out platforms briefly as well as sometimes creating shortcuts.  Different stages may only switch between two colours, which is easy enough to keep up with, but other ones may give you a larger selection and this is where the game gets tough. 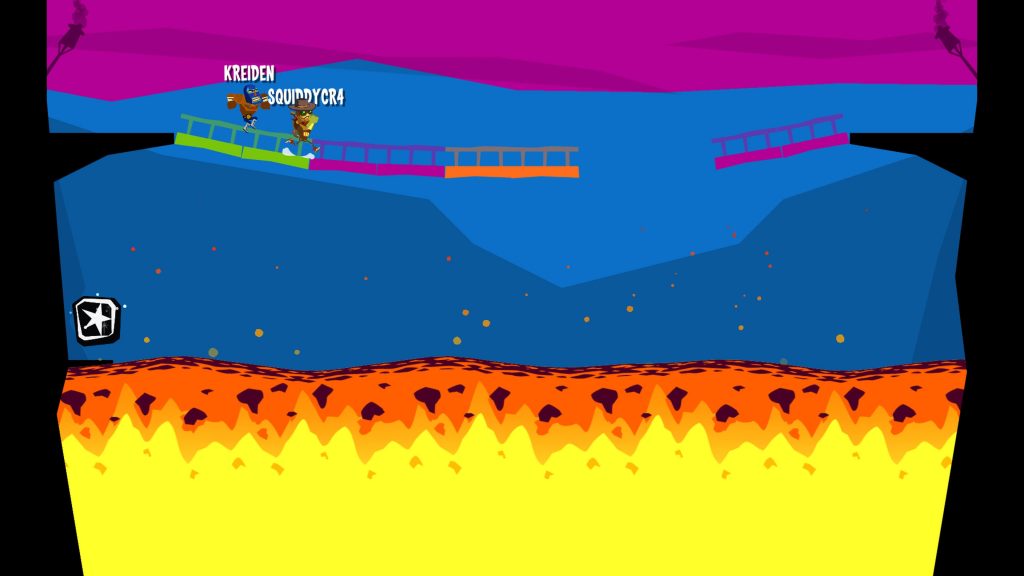 The basic platforming is actually pretty mild at first but gets trickier and when you combine it with the colour-changing mechanics, Runbow suddenly becomes a much harder game to get through.

As a complete package, Runbow gives equal focus to single and multiplayer gaming.  Solo gamers can attack the game’s campaign modes.  Adventure Mode which is the game’s main 140-stage campaign which has a level select screen that gives you a choice of routes to keep progressing if a particular level becomes too much of a brick wall.  Bowhemoth offers no such kindnesses though and gives you a timed, no saved games route through the game’s hardest stages.  This is particularly fiendish and will appeal to players who don’t mind a stiff, Super Meat Boy style challenge.   Adventure Mode also offers an option for Satura’s Space Adventure but this wasn’t available to download at the time of review.

These modes can also be played in up to four player co-op and aside from your jump button you do also have a melee attack with which to disrupt your fellow players.  That said, this isn’t the mode to do that on.  Instead you’ll want to save those shenanigans for the game’s more adversarial modes. 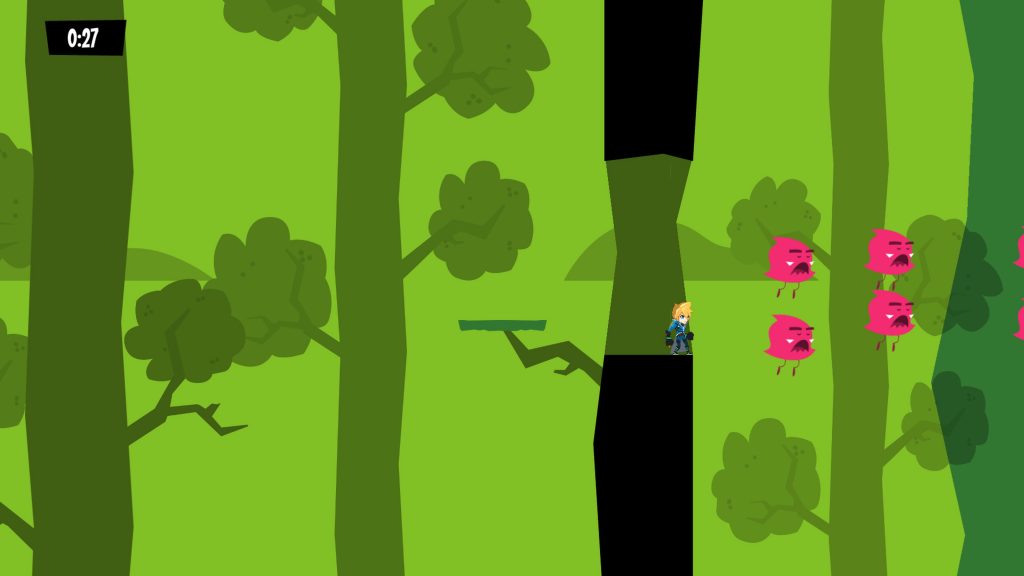 Runbow allows up to nine players to compete online in standard races as well as arena battles (where the arenas are generally crumbling and you need to fight for the higher ground) and a ‘King of the Hill’ mode where players have to reach a crown.  Standing alone next to the crown counts towards a timer and the first player to bank six seconds wins.  This mode is absolute chaos but doesn’t really work as it’s all very slow and frustrating.

Those basic races are the best part of the game but adding multiplayer madness to a tricky platformer tends to add more fun than frustration especially with the addition of power-ups which have random effects that add to a basic feeling of unfairness at times.  The fact that you can’t just exit a lobby without closing the application also takes away from the fun a little as does the fact that not many people are playing it online.  The most we’ve managed is three players and two of them were me and another writer.

When you do get a game going (or are attempting the campaign modes) the basic move set works well.  You’ve got a handy double jump as well as a boost jump that you can also use for extra height at the cost of some control.  It all feels pretty slick with most of your deaths feeling like your fault rather than the controls letting you down.  The melee combat is entirely throwaway and probably should never have been there but it can be used in single player to dispatch some enemies. 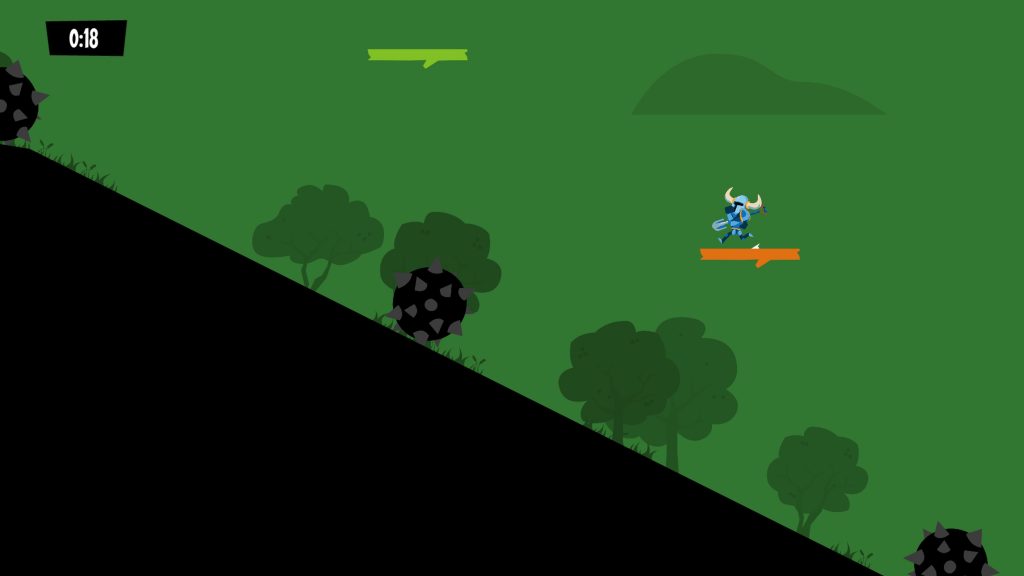 The cheerful music and clean, colourful visuals are nicely presented with simple Flash-style animation.  The game lets you unlock and play as characters from other indie games too including the robot from Steamworld Dig and characters from Guacamelee, Gunvolt and many others.  It’s a nice touch that gives you a reason to keep playing.

Ultimately though, Runbow‘s main issue will be that people just aren’t playing these sort of things online and that’s a shame as there is plenty of fun to be had here but be warned because that fun can and will turn to frustration eventually.  As a local multiplayer party game, this offers some value and as an online game, the infrastructure is there but the players aren’t.  There is plenty of game here for solo players who love some tricky platforming though so you can’t go too far wrong but Speedrunners did this first and did it better so that might be your best option.

Runbow
7 Overall
Pros
+ A good mix of single and multiplayer modes
+ Has local and online play
+ Plenty of content for solo gamers
+ Cheery aesthetic
Cons
- Gets very difficult
- Multiplayer modes are a tad too chaotic
- Power ups aren't very well designed
- You can't exit multiplayer matches
- King of the Hill mode isn't very good
Summary
Runbow offers some solid single and multiplayer 2D platform-racing fun but can be equally frustating too. This is one to pick up if you've got decent platforming chops or a bunch of buddies who like coming over to play very obscure indie games on a regular basis.