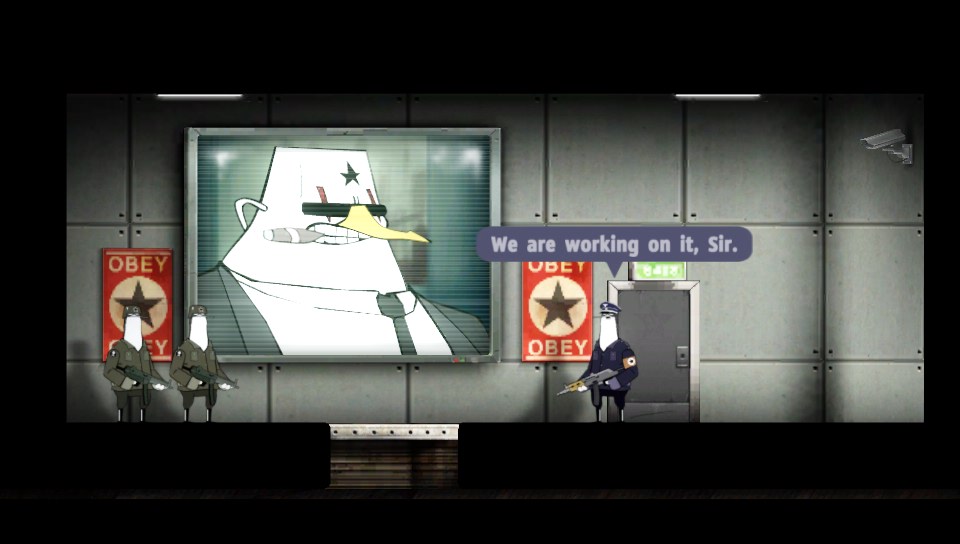 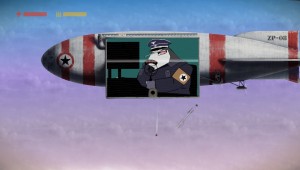 As a free game for PlayStation Plus in December Rocketbirds: Hardboiled Chicken instantly grabbed my attention.  Initially released for the Vita in 2013, back when Sony gave a damn about the system, Rocketbirds looked like a lot of fun, seemingly having a sense of humour and looking polished too.  I totally missed it the first time round so I was eager to see whether it was any good.

You play the titular Hardboiled Chicken ( think of him as an avian version of Rambo) and have to overthrow the evil Penguin Dictator Putzki .  At its heart Rocektbirds is a platform adventure game with guns.  Although looking superficially like a Metal Slug clone, Rocektbirds has a greater emphasis on puzzle solving and has a significantly slower pace to it, to complement this you have both a health bar and ammo bar, and on the harder difficulty level ammo management becomes a challenge in itself.

Gameplay generally results in just killing anything that moves, and collecting colour coded cards to open up locked doors.  None of the puzzle elements are too taxing and are rather used to break up the killing, adding a nice rhythm to the game.  In order to kill the enemies you are given a decent arsenal of various guns and grenades, as you’d expect each gun feels different and you’ll quickly choose your favourite one.  Some of the levels ditch this platforming when you take to the skies attached to your rocket pack in order to destroy some blimps.  The change in pace does a good job of breaking up the game and stopping it from getting stale.

One of the more interesting weapons in your arsenal is the MindBug , a grenade which allows you to control any enemy it explodes on.  This allows for loads of fun to be had in controlling an enemy and running them into a control room to slaughter the unaware baddies.  Regardless of who you are controlling, the gunplay on offer is satisfying with bullets juggling the enemies in a darkly comic way and blood splattering all over the shop. 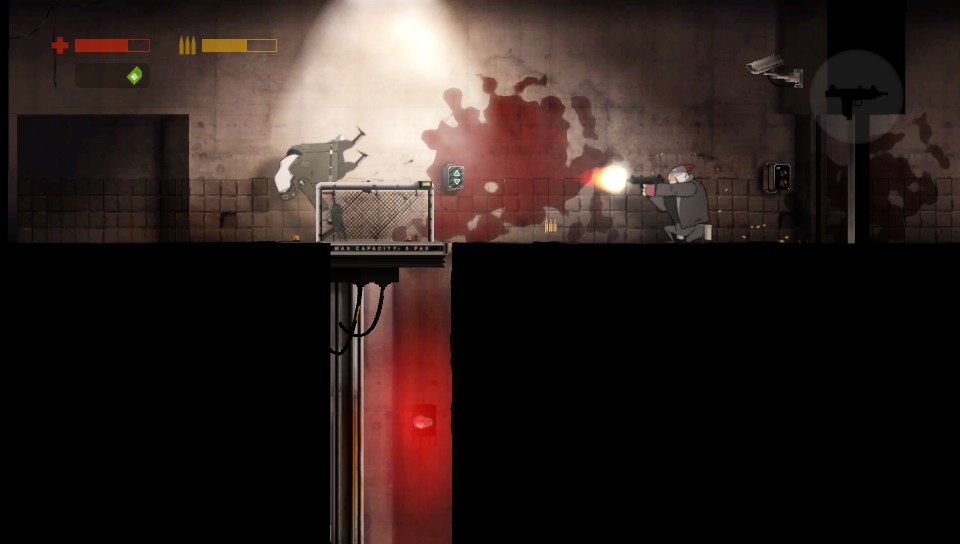 The sense of humour present in this game permeates every aspect of the game, from the frankly ridiculous plot to the often witty incidental dialogue.  This is something which is often hard to achieve in a game, and the fact Rocketbirds pulls this off is worthy of note.  Visually this game looks great too, with sharp visuals and some interesting use of the Vita’s touch screen and motion controls.  The cutscenes in particular are really well produced and coupled to the soundtrack done by New World Revolution – who describe themselves as Science Fiction Rock – and you have a very unique feeling game.

The game is not without problems though with the main problem coming from difficulty spikes.  In particular some enemy placement feels unfair, with them apparently warping in behind you once you hit the trigger point.  Also some of the check points within the levels are badly placed which can lead to length sections having to be replayed if you die.

It’s a pretty decent package overall with a fairly lengthy single player campaign , and a separate co-op campaign.  The co-op lets you play are various different heroes and should you have bought this on the PS3 you’ll have access to some unique characters too.  The co-op campaign is basically the same as the single player, but this time the puzzles make more use of the two players.  It’s a very nice addition and complements the main campaign well. 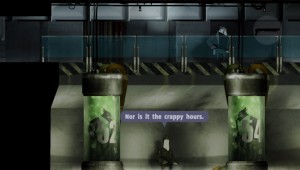 Overall this was a very pleasant surprise as a free offering on PlayStation Plus.  It’s likely that many of you will overlook this as just another throwaway offering, but should you give it some of your time you’ll be rewarded with a unique and enjoyable experience.  Ratloop are currently busy finishing off a sequel which is due out early 2016, and I for one am looking forward to it.