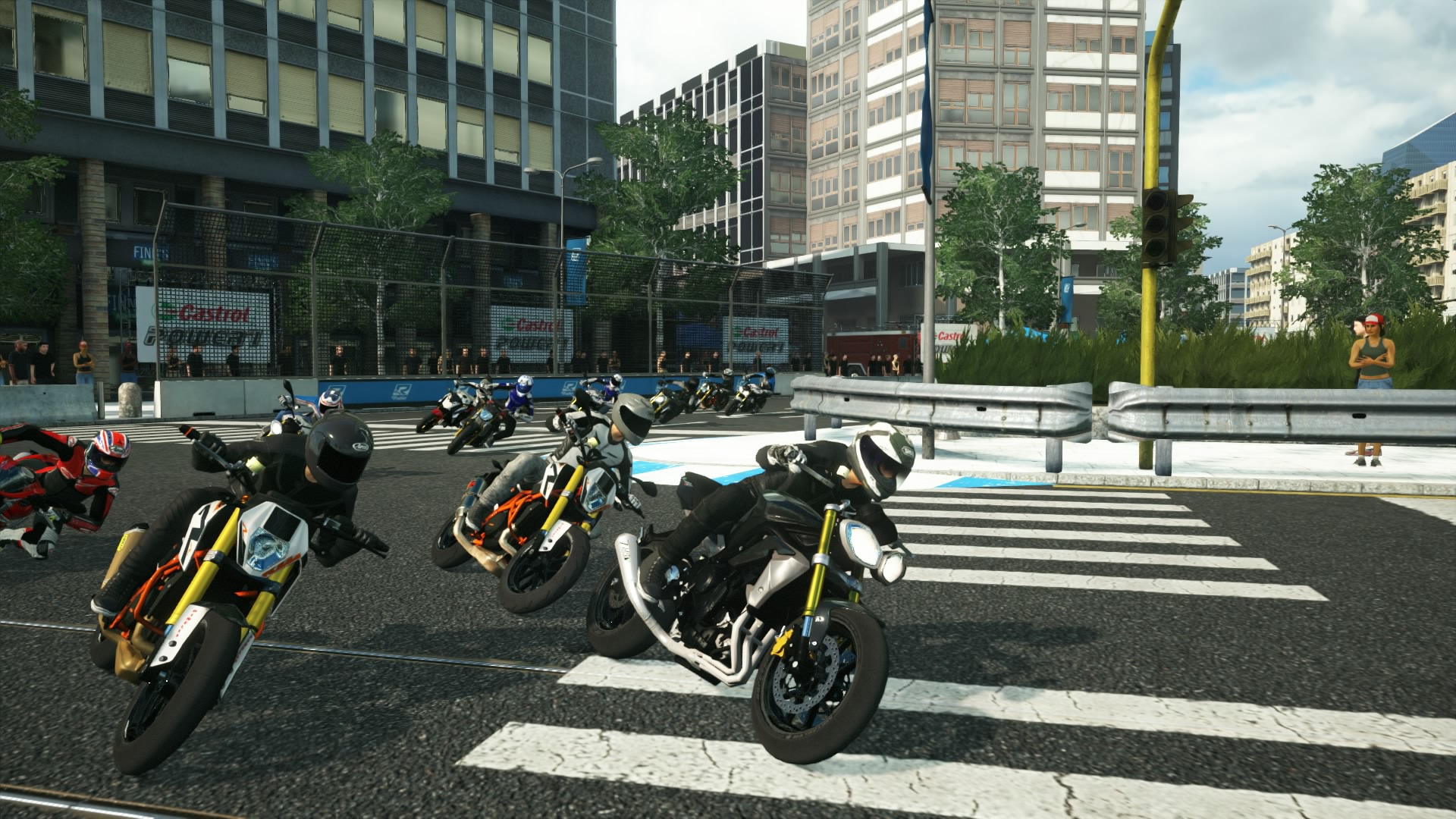 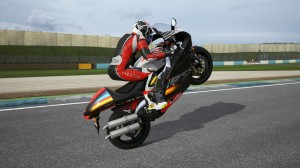 As a child my dad used to take me around town to peer around the local motorcycle stores. As a result, I grew to have a deep fondness for crotch-rockets but didn’t fancy the broken clavicles or worse that goes with it. To get my fix I usually escape to videogames but action on two wheels feels like fresh tarmac compared to the well-rubbered variety afforded to cars. Milestone aims to change that with Ride, an attempt to bring together fast production bikes and some of the world’s best tracks in an enticing package.

If you’re familiar with 2006’s Tourist Trophy, you’ll understand what the intent is here. You work your way through a main world tour, gain credits and use said credits to bolster your existing garage. Racing also awards you with reputation which ascends you up the world rankings. Before you begin, however, you’re asked to create a rider. There’s a handful of basic presets but soon you’ll have access to a plethora of gear to kit your adorn your virtual Valentino Rossi. You’re also asked to create your riding form and I was pleasantly surprised how deep you could go with the way your rider hangs off the bike. If you want your elbows out like Mark Marquez, go ahead. Your rider can also choose from a number of winning celebrations although they’re limited to a small number of animations so they will grow old quickly.

There’s a handful of varied race types to make constant circuit running feel less monotonous. Drag races test your bike’s raw speed, track day events test your overtaking prowess against the clock. The game tries to break things up enough to keep you interested and it helps that race events are short. There’s a lot of riding to do so variation is crucial. 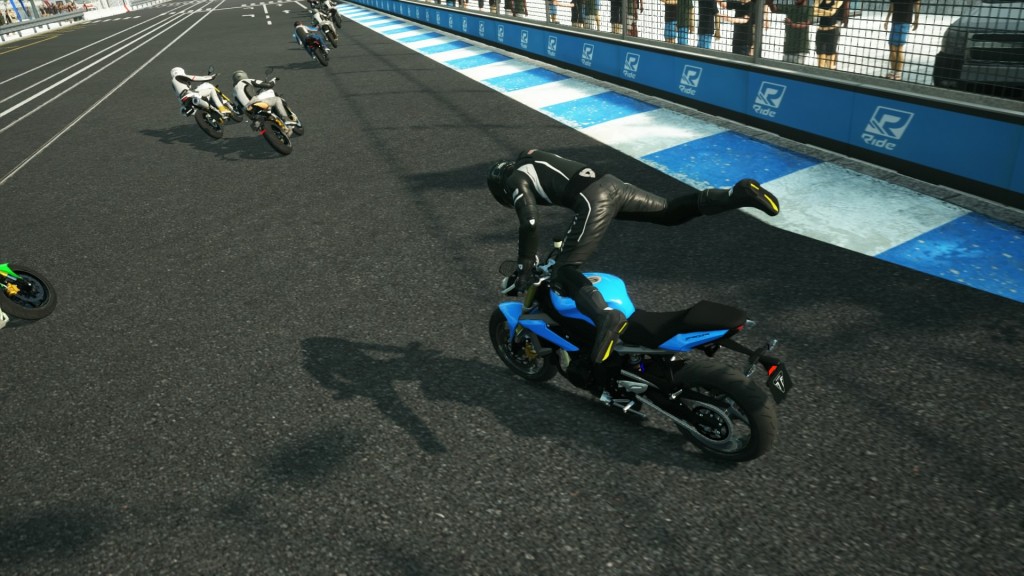 And with all this track time, the handling model needs to be up to the task. It feels initially like an arcade title. Steering is responsive and braking is fairly forgiving. You can lean full-tilt which takes some of the danger out of proceedings. Bumps and nudges can still unsettle you but It seems the intent is more about getting your lines right than keeping the bike under control. Adjustable difficulty means you can modify the challenge as you see fit. Along with several assists from a dynamic racing line to micromanaging traction control you can alter AI which is set to very easy by default. The opposition offer plenty of competition on the later settings and they seem aware of your presence so riding defensive can be done without fear of being rear-ended. Should you crash, flashbacks can be enabled to undo any costly errors and can be disabled if you want no second chances.

There’s a variety of locales to take on with some real world tracks like Magny Cours and Imola complimented by original efforts that display a little more flourish than than their real world counterparts. The tracks look functional but it won’t push your Playstation its limits. The real effort has been afforded to the bikes themselves. Over 100 of them across 14 major manufacturers have been rendered with incredible detail and each feel and sound individual. 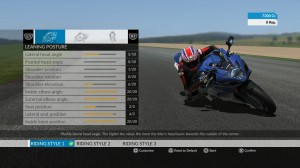 Its a shame the sound design lacks a little punch. Engines roar and buzz appropriately but there’s a lack of track day atmosphere. Crowds seem strangely muted and you’ll only hear the opposition if you’re deep in the pack. Online play functions well with the usual quick race and championship options. The game tracks your statistics but doesn’t surface them to the player. That’s a shame if you’re chasing trophies or just want to see how you’re stacking up against the crowd. Leaderboards only track lap times so being able to compare on a global scale is tricky.

Ride may not impress greatly on a technical level but there’s a degree of passion that becomes apparent throughout this product. From the detailed bike models and descriptions to the overtly pornographic video introductions to each new tier on the tour, Milestone bring a kind of affinity that Turn 10 and Digital Polyphony have successfully managed with cars. What it lacks in polish, it supplements with a charm that sets it apart from their previous work. It’s a fun, accessible racer with plenty of events and bikes to discover. One to consider.

RIDE
7 Overall
Pros
+ Customisable and accessible. + Fun, forgiving handling model. + Plenty of content on offer.
Cons
- Graphics look dated on everything except the bikes. - Sound design lacks in spots. - Online play is fairly basic.
Summary
For fans of production bikes, this is a good effort. The bikes have been given the right amount of attention, although everything else looks underwhelming. There's plenty of races and machines on offer and the handling lends itself to game's apparent accessibility. Online seems fairly limited but this is a nice first entry for the series.