This update of the 2016 PC title Riddled Corpses is a cross-buy title for PS4 and Vita that would give you cirrhosis of the liver if there was a drinking game based on current trends in the indie games market.  Twin-stick shooter?  Drink!  Rogue-lite?  Drink!  Pixel graphics!  Drink!  Zombies!  DRINNNKKKKK!  But despite the somewhat derivative characteristics that Riddled Corpses EX displays, this unassuming arcade shooter from French devs Cowcat has just stolen the last three days from me. 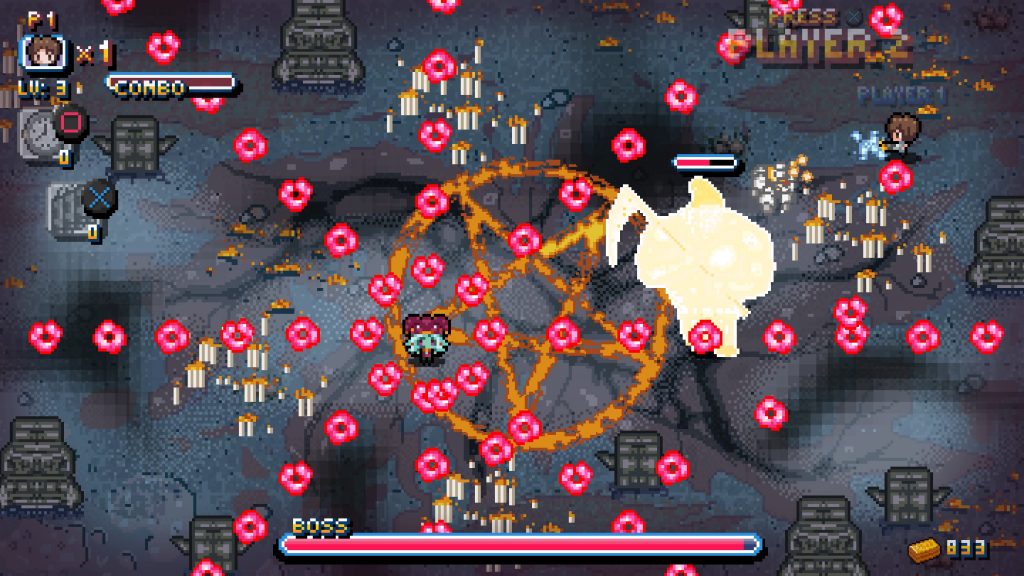 Before long you’ll die at which point you can pay some of that gold to level your guy up.  This increases their damage output which in turn will let you get a little further each time.  Initial progress is good with two or three cheap upgrades being enough to get you past level one and its big boss.  Then the game gets a bit trickier before settling down again before level five kicks your arse all over again.  This inconsistency takes you right to the end of the game with the final stage, six, being oddly easy again.  Either way, you’ll need to keep playing and levelling up.  You can start from any stage you’ve reached before or play again from the beginning if you want to make a bit more cash. 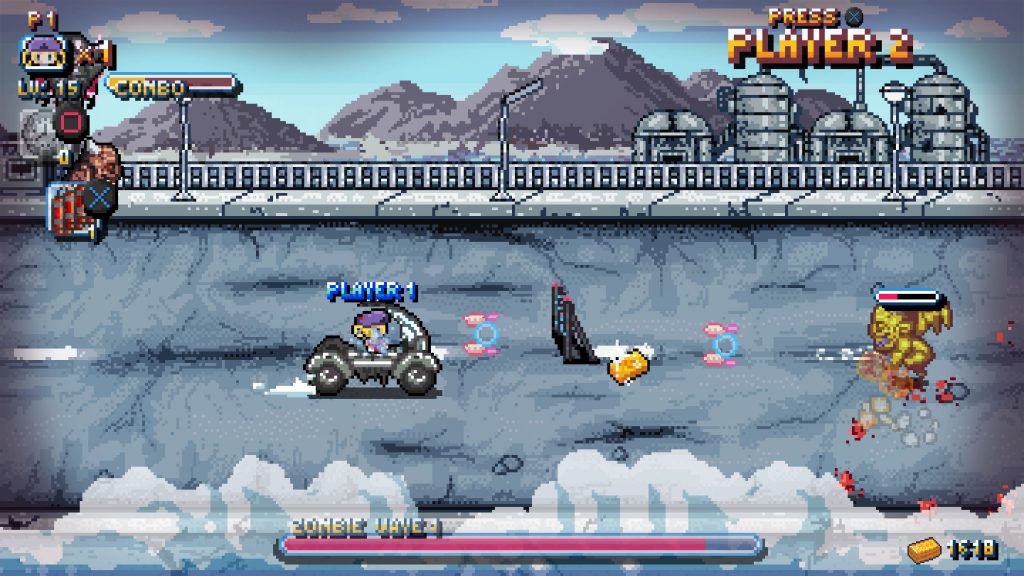 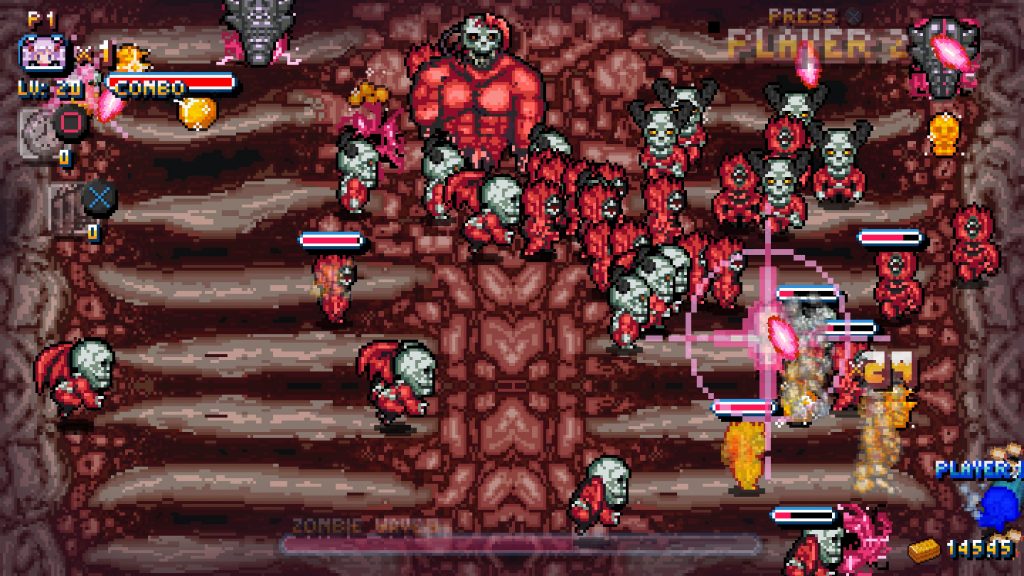 While we’re pretty tired of the whole 8/16 bit pixel look in games these days, the action on offer in the game is always clearly presented and the sprites are all well-drawn.  It’s not exactly impressive or innovative but it all looks fine and moves at a silky sixty frames per second.  Things can get pretty hectic but even with a screen full of demons and bullets, you can still figure out what is going on and what you need to do.  You can even add some interesting visual effects such as a CRT mode to make it look even more retro.  It does look better on the Vita but we found the PS4 version to be more comfortable to play and it supports local co-op too.  In keeping with the retro aesthetic, the game also has some chiptune music which is pretty good even if it’s a bit too chirpy for the demonic action that the game offers. 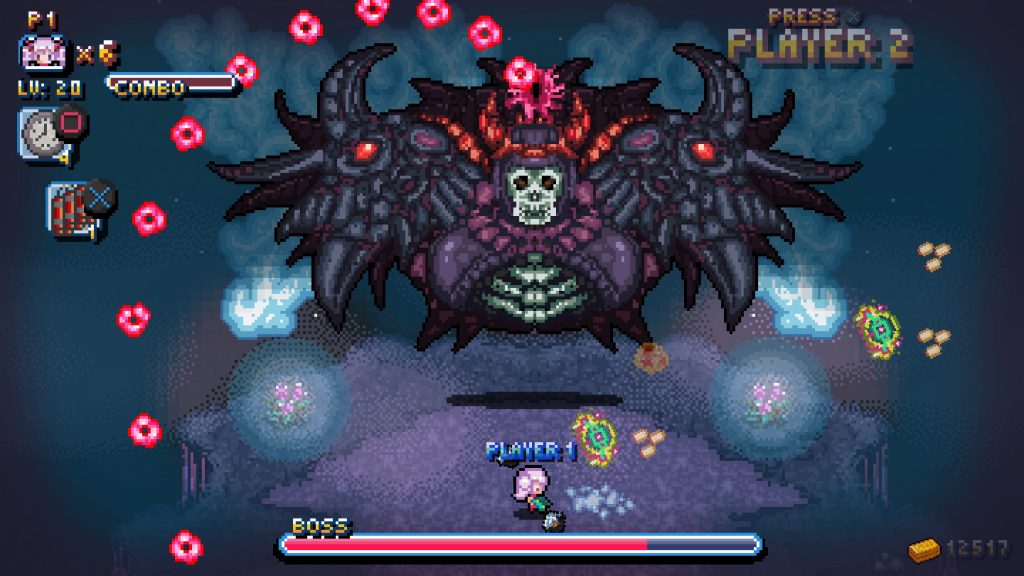 The game is a cross-buy title but there is no cross-saving and each format has its own trophy list so while I’ve platinumed it on the PS4, I’ve only got a couple of trophies on the Vita version which does give you a reason to play it all again but I’m not sure I really want to.  That’s not to say I didn’t enjoy maxing the game out because I really did but there’s not enough here to make you want to do it all again.

Overall though Riddled Corpses EX  is an enjoyable post-apocalyptic romp that offers some very addictive action and a reasonable challenge.  It feels especially slick to play too.  A few more upgrades would have really topped the game off but what’s on offer is definitely enough for twin-stick shooter fans who are looking for some cheap and cheerful thrills to get them through the summer games drought.