Reed Remastered is, as the name may suggest, a remaster by Oleg Kosovtsov AKA PXLink of a mobile game featuring the titular Reed. Coming to consoles as it does from Ratalaika, you’d be forgiven for writing it off on that basis alone.

Instead what you have in the case of Reed is a delightfully designed, if brief, puzzle platformer with fifty short but sweet levels. They are meticulously designed with each hazard and enemy carefully placed. Well, we say enemy but there’s only one you’ll encounter. A chicken whose head you can jump on to momentarily disable them. In conjunction with the level design you can conceivably jump on a chicken only to be thrown into a circular saw or spikes. Instant death at any rate. 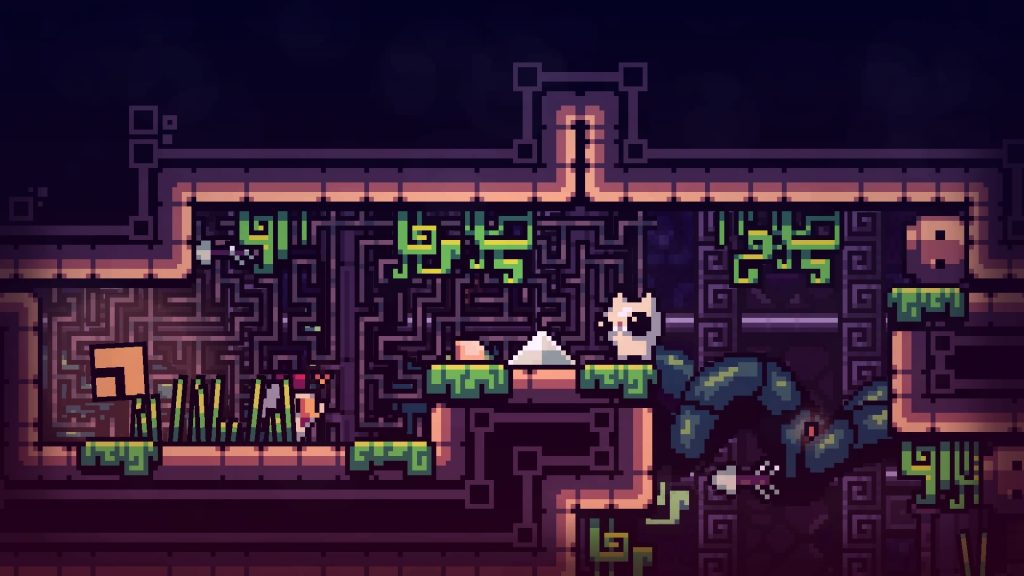 Reed is a cute white cat with the handy ability to double jump his way through the carefully curated levels. Each level is short, which on the more challenging later levels proves a blessing. To begin with you’ll romp through levels without much trouble. You must collect special cubes, once you do so you’ll unlock the exit to the level. Get to the very end of the final stage and your task will be complete.

Some levels are so intricate they almost become a memory test. One we have committed to memory two days after having finished the game. We could almost map it out like a Counterstrike level in fact. To say we died a few times on that level would be an understatement. We retried a lot, more on PS4 than Vita. As you approach the thresholds that yield a trophy, there are often difficulty spikes. So far so Rata in that respect. 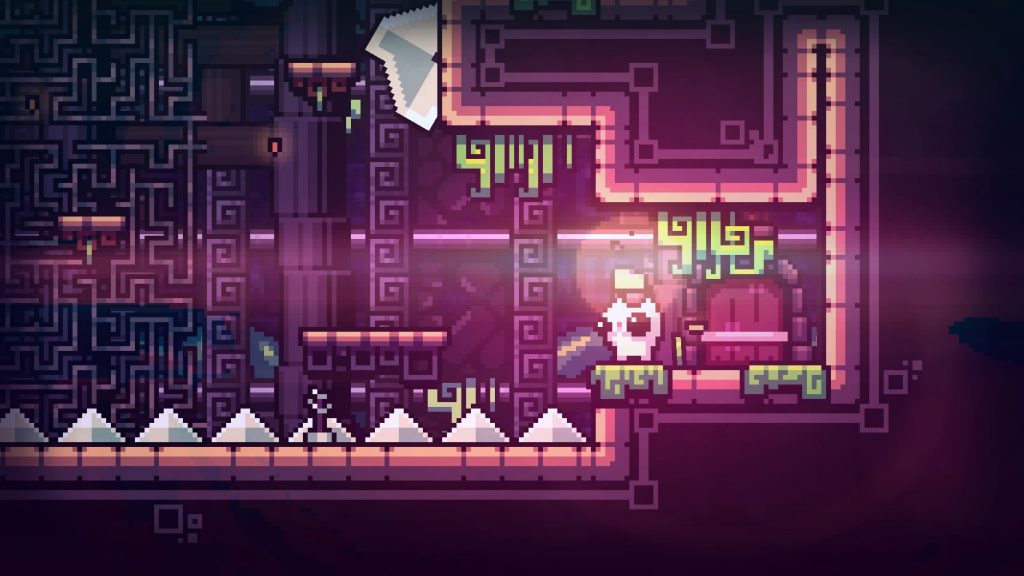 Generally, any deaths are down to you. Double jumping when a single will do or mistiming a jump into an arrow. You only feel slightly aggrieved at the difficulty spikes, but not in an unfair way. It’s clear what you have to do, it’s just down to you to not mess up.

There are also a few hidden rooms secreted throughout, each of which yields another trophy. They’re adjuncts to main levels, but not massively well hidden. Oleg wants you to find them anyway, their whereabouts being telegraphed from the level select screen in case you have any trouble. You’ll be gently chided by the inhabitants of these rooms for impinging on their sanctum. There’s a hint of a larger narrative throughout, but sadly this isn’t explored much by the time you’ve finished all fifty levels. We got a similar vibe to Phil Fish’s Fez, only not quite so meta and cryptic. 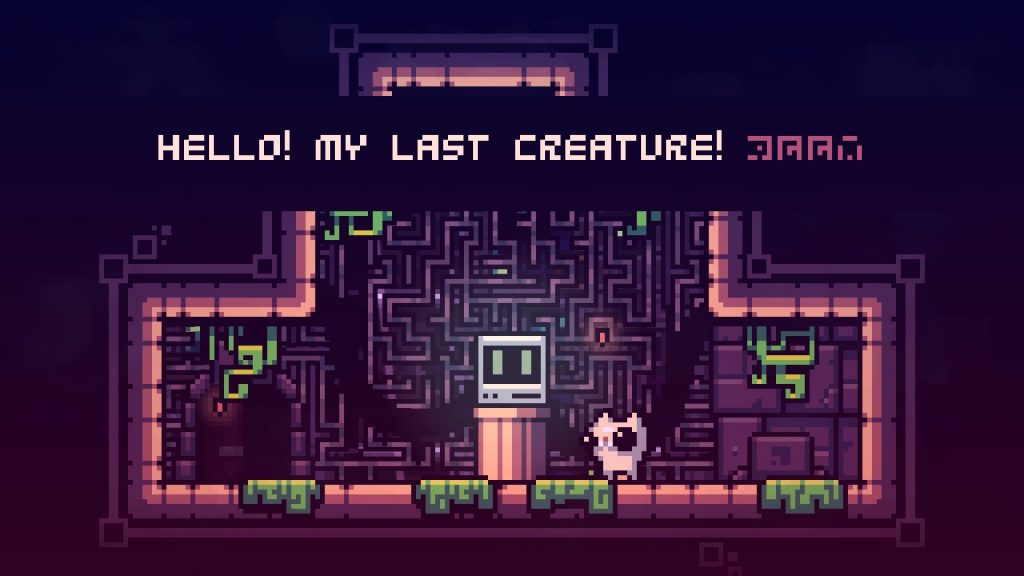 As you can see from the screenshots here, Reid is a pretty little game, moreso than the typical Ratalaika offerings. It’s safe to say the graphical polish on display here is very much a refinement of the original mobile game. The original wasn’t ugly by any means, but the sheen here is well applied.

Being a Ratalaika published game there’s PS4 and Vita versions included in the purchase price, with the double platinum trophy that ensues. The Vita version is probably the most immediate and easier of the two to complete, perhaps betraying its mobile origins. It’s a pixel-perfect port at any rate, the digital d-pad on Vita lending itself better to negotiating the gauntlets on offer. 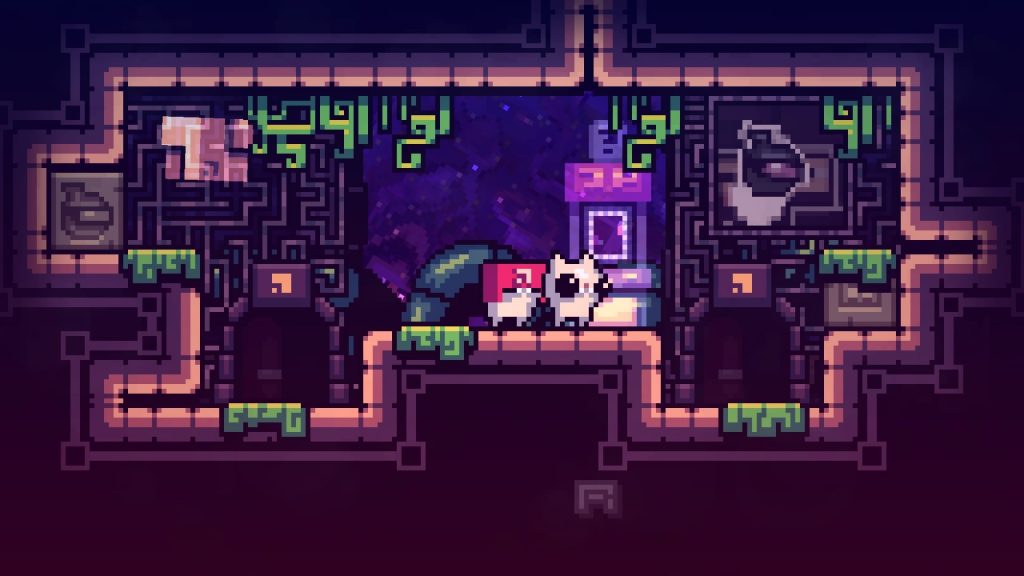 In the usual Ratalaika fashion the trophies are an absolute rinse, the last one unlocking at level forty-four. A bit of a daft decision, given there’s just fifty levels in total. Why not just have done with it and make the final trophy come when you beat the final level? It’s a silly decision on the part of whoever set the trophy criteria, especially since the ending is so close anyway.

Talking of the ending, when it comes it is all over a bit quickly. Perhaps we’ll get Reed 2 Remastered to follow on? At any rate, Reed Remastered is an excellent example of a mobile port done right.

Reed Remastered
8 Overall
Pros
+ Intricately designed
+ Very pretty
+ Great Vita port
+ Any deaths are your own fault
Cons
- Very short really
- Missed a trick by not making the final trophy level 50
- Wider narrative only hinted at
- Some difficulty spikes are pricks
Summary
Reed Remastered is an excellent port of an already good mobile game with an added layer of polish not normally seen in Ratalaika releases. At this price and with the Vita version thrown in, nothing less than essential.