With its tagline of “Race Faster Than Ever”, 34BigThings’ Redout promises some super-speedy racing action for those players who have exhausted Wipeout Omega Collection, a game that is clearly an inspiration for this futuristic racer.

As with the Wipeout titles, this game involves anti-gravity ships racing along weaving, looping tracks in highly detailed environments.  An interesting wrinkle to the game is that it uses the right analog stick to get a little bit of extra oomph to the steering and to align your ship better with the undulating track surfaces.  It’s a nice system but I’d like to have had the additional steering to affect turning further as the curvy tracks do require quite a lot of braking. 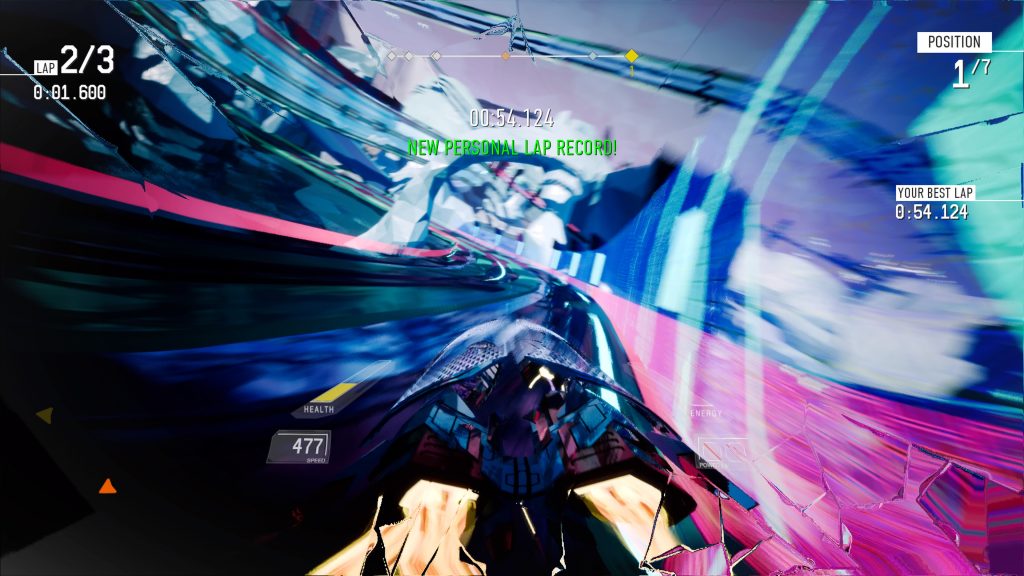 On the track the action feels a bit intimidating at first.  Once you get used to the idea of braking a bit, things get better.  Normal difficulty requires a fair amount of skill if you want to win some races but you can drop it down to Easy if you fancy an easier time.  It still puts up a challenge but after playing Tiny Trax, we’re happy to have the option.

Winning races requires a balance of damage control and bravery.  If you only travel at full speed, your ship will protest your constant scraping against the side of the track by exploding.  If you’re too conservative, the AI will dominate you.  Even the best racers out there will need to temper their speed a little if they want to survive the races relatively intact. 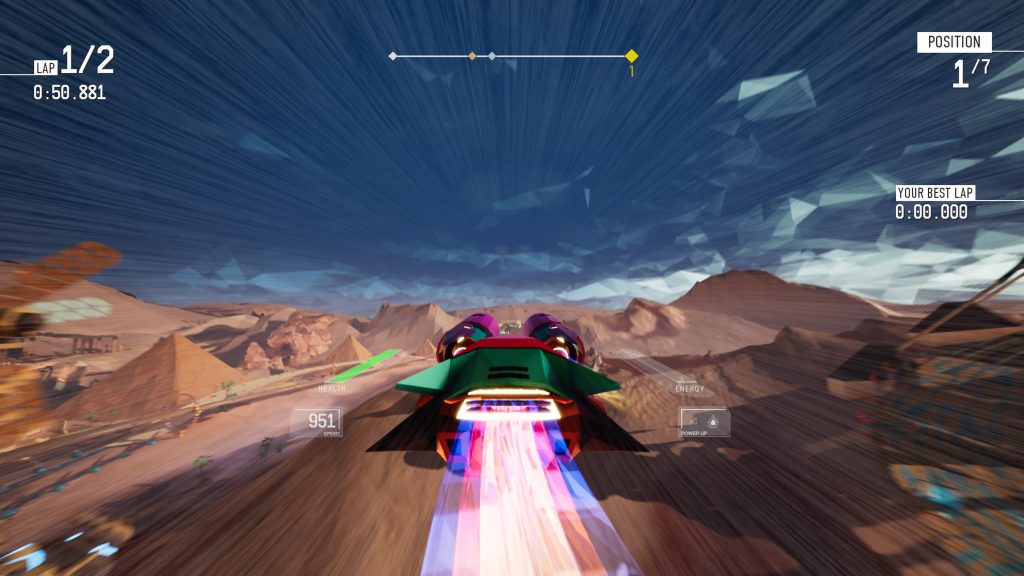 Interestingly, the game employs an upgrading system.  Races earn cash (and can be replayed for more) and that can be spent on one-time use manual power ups such as hull fixes and boosts and also passive upgrades that improve speed, control, ship health and energy.  You can also buy new ships (across various types and classes) and also upgrade their stats too.  It’s all good but it does require a little bit of grinding if you want all the goodies.

For a while Redout is quite something.  The action is fast, the progress feels rewarding and the visuals are bright, colourful and detailed.  It’s not quite up there with Wipeout but it is close and that’s quite an achievement.  After a while though I started to find the gameplay loop got a little tiring.  While the game’s career mode gives you time trials, races and elimination events, these all take place over the same tracks and before long it started to feel like a slog.  That said, when you’re reviewing a game you tend to put in lots of hours to see everything.  Redout is definitely better suited to shorter bursts of playing.

The soundtrack is exactly what you’d expect.  High quality, high tempo electronic dance music.  It’s not as iconic as its main inspiration’s song list but it fits the frantic gameplay. 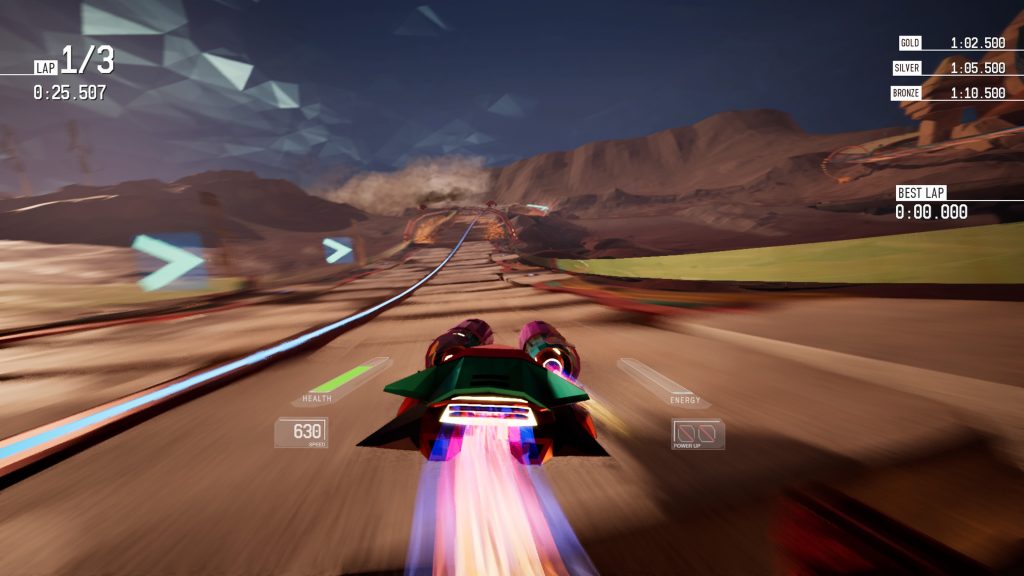 The game offers split-screen and online multiplayer action.  The servers are pretty barren unfortunately but it’s nice to see the option is there for players to at least play with friends.

We like Redout a lot.  Its high quality presentation and bonkers fast action elevate it above all of its digital-only peers and while Wipeout rules supreme, fans of the genre should definitely seek this title out once their adrenaline levels start to return to normal.  That said, we’d like to know what might have happened if the developers gave players the tools to really react to tight turns the game throws at you because there’s scope here for something even more exciting.

Redout
8 Overall
Pros
+ Excellent sense of speed
+ High quality visuals
+ Career mode has some depth
+ Good tracks
+ Decent soundtrack
Cons
- Can feel pretty repetitive
- Less realistic controls could have added to the fun
Summary
Redout is a very credible challenger to Wipeout's crown and while it doesn't quite usurp the genre's king, it offers some of the fastest racing action on PSN.