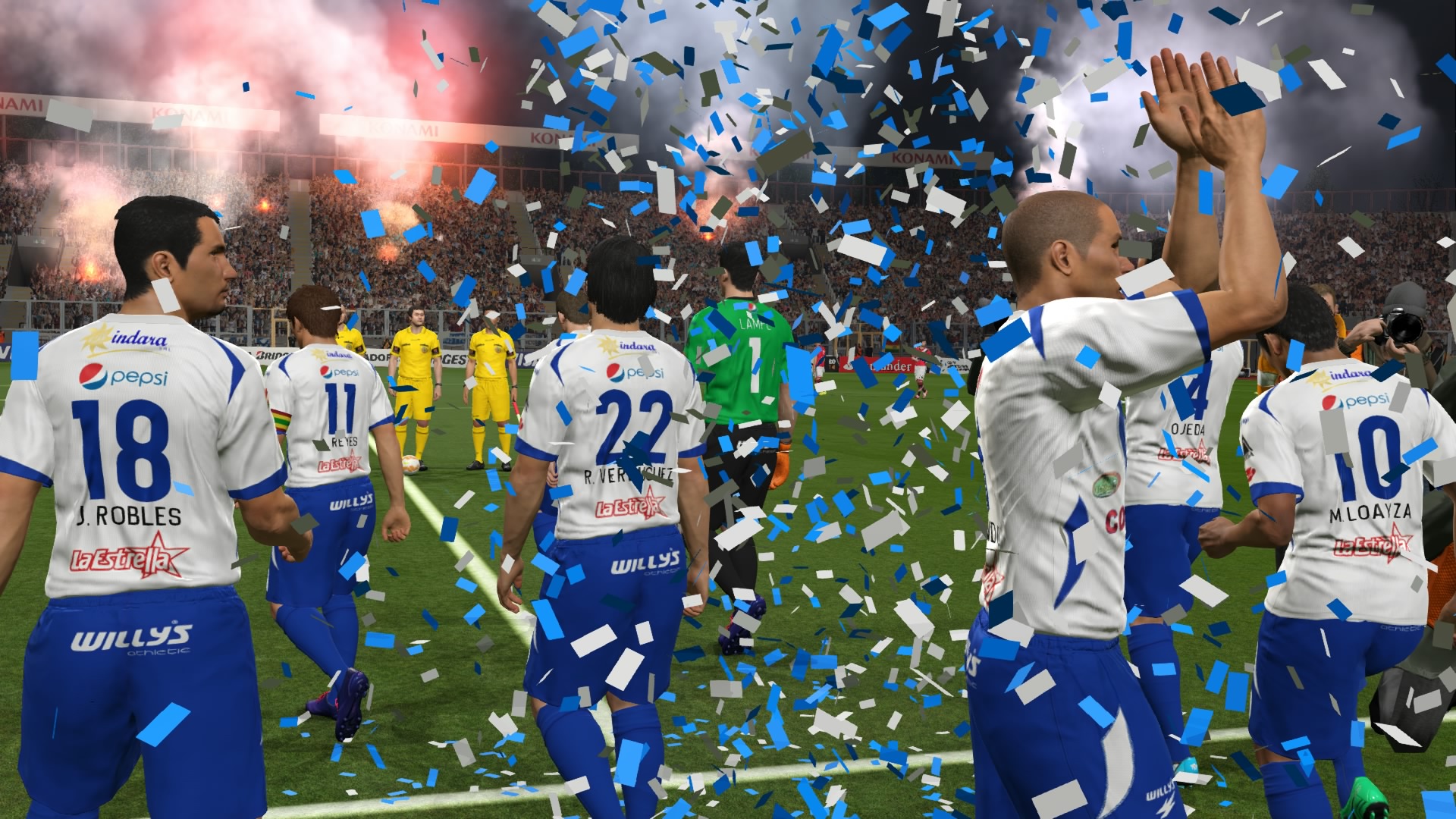 Tis the season for some football and first out of the traps this year is the latest in Konami’s long-running Pro Evolution Soccer series. After the predecessor’s strong showing I was curious to see if this momentum could continue. So far, so good.

Building on 2015’s sturdy foundations, it looks identical to last year with the FOX engine being trotted out for a third successive year. As a result, players are accurately modelled with some impressive animations which, whilst not on FIFA‘s level, maintain the player’s sense of individuality. Far from resting on their laurels, the guys at PES Productions have made some considerable changes to the on-pitch action. 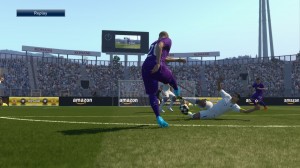 e a lot more space to play with. The new camera angle displays more of the pitch and once you’ve found that space, the right players can exploit it. There’s more inertia to player movement which can lead to you into trouble. It takes some adjustment and I think this has led to some complaining the game is overly physical. Whilst they’ve touted that aspect I’ve found that you just need to control your pace to stop getting thumped. The AI is not thuggish and they alter their play depending on the situation. They’ll press, absorb pressure looking for a counter and some sides will just be useless. Last year the AI at the top level felt like a mountain worth climbing with a summit just out of reach. This seems more forgiving whilst the goals you concede come largely of your own errors. Dynamic weather adds significantly to proceedings Rain adds a slickness to the pitch whilst a continued downpour makes it heavier. It’s a nice addition as you play the conditions as well as your opponents. Players will lose their footing, slip further when tackling and the surface water will hold the ball up. 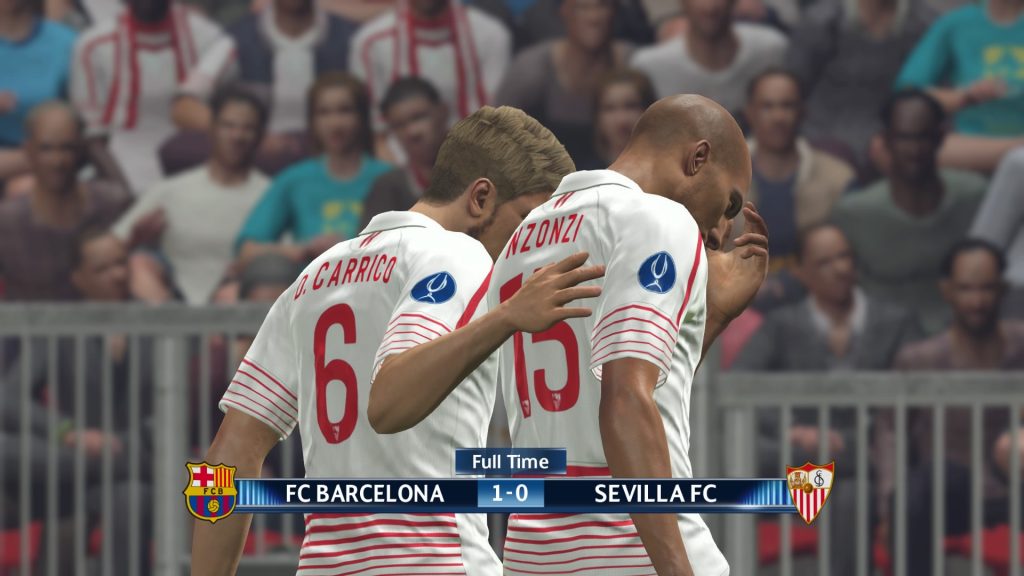 One of the aspects PES has lacked is atmosphere. This year, they’ve improved it somewhat with Peter Drury replacing John Champion for commentary. He brings a volume and enthusiasm that at least makes him feel like he’s at a match. It’s unfortunately at odds with Jim Beglin’s flat delivery but they’ve been handled well with some contextual lines about your team’s form, players to watch and players that have already made their mark on the match.

There are more teams to occupy your time with Chile’s top flight being represented, albeit in a partially licensed form. With option files very much consigned to last generation, PES Productions have managed to allow users to import imagery which they can then use to customise kits, manager photos, team and competition emblems. It’s a welcome compromise that is thankfully simple and the community provides you with some stellar work to help you get the game looking as accurate as possible.

Modes are almost identical to last year with the grand exception being a revamped Master League which now takes some cues from Football Manager. As your season progresses, you’re clued in on important dates and player inefficiencies. Meanwhile, the game is recording a ton of stats to keep track of how you score, where you concede and what third of the pitch you tend to occupy. It gives you the opportunity to study success and failure. The transfer system also sees improvements. Gone is the hot and cold binary system of negotiations which are now handled on a percentile basis. No transfer is a dead cert but you can gauge probabilities. There’s a chemistry system present which goes deeper than just national affinities. They have favoured positions and roles so there’s more importance paid to bringing the right players in for the right job. Now you feel like a manager with a philosophy which makes the bread and butter Master League seem rightly more appealing. 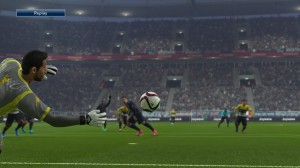 Online modes remain the same and, whilst the speed of matchmaking has been improved, the servers will undergo maintenance fairly regularly. Konami just haven’t quite managed to crack that after all these years. At least it’s stable. Also, I don’t care for the licensed soundtrack. There’s usually a couple of tracks I end up liking but this year they’re all duffers. Bloody young people.

Pro Evolution Soccer 2016 successfully builds upon an impressive base whilst making some real, significant changes to how it plays and the revamped Master League manages to take centre stage comfortably. It still has the presentational hangups and you’ll be prepared for plenty of editing but this is a game which managed to breathe new life into a franchise which is now Konami’s flagship. If you want to switch, now’s the time.

Pro Evolution Soccer 2016
9 Overall
Pros
+ Fantastic, varied gameplay. + Deeper, revamped Master League. + Impressive dynamic weather.
Cons
- Presentation still lacking. - “Our servers are undergoing maintenance.” - Ghastly licensed soundtrack.
Summary
The last few years have seen Konami really string it together on this series. It plays arguably the best it has since 2006 and the revamped Master League was long overdue. They can't make Jim Beglin sound like he's excited and the editing is still a DIY affair but this year's model feels like a landmark effort.