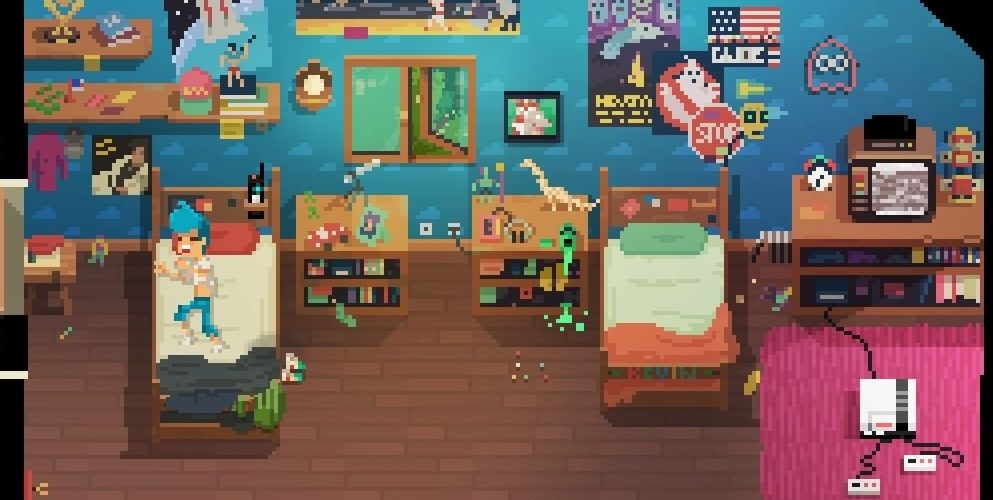 The first thing that’s immediately apparent when you start Crossing Souls, the upcoming action adventure title from Devolver Digital, is the retro ‘80s feel, complete with dodgy VHS tracking.  It’s clear from the off that the game is going for the same feel as the Duffer Brothers’ hit Netflix show, Stranger Things. That’s no bad thing as the devs have gone to town on the pop culture references. In your room alone there’s a NES, plus Michael Jackson and space shuttle posters. The inventory screen is also stylised as an action figure blister pack, complete with tag to hang it from a toyshop shelf. Cute touches like this are all over the game.

Gameplay wise you view the playfield from a forced isometric perspective which lends itself well to the pixel art style and brings to mind Super Time Force (for me at least). If I have one comment, it’s best viewed up closer to the telly as some of the finer details are lost if you’re too far away. 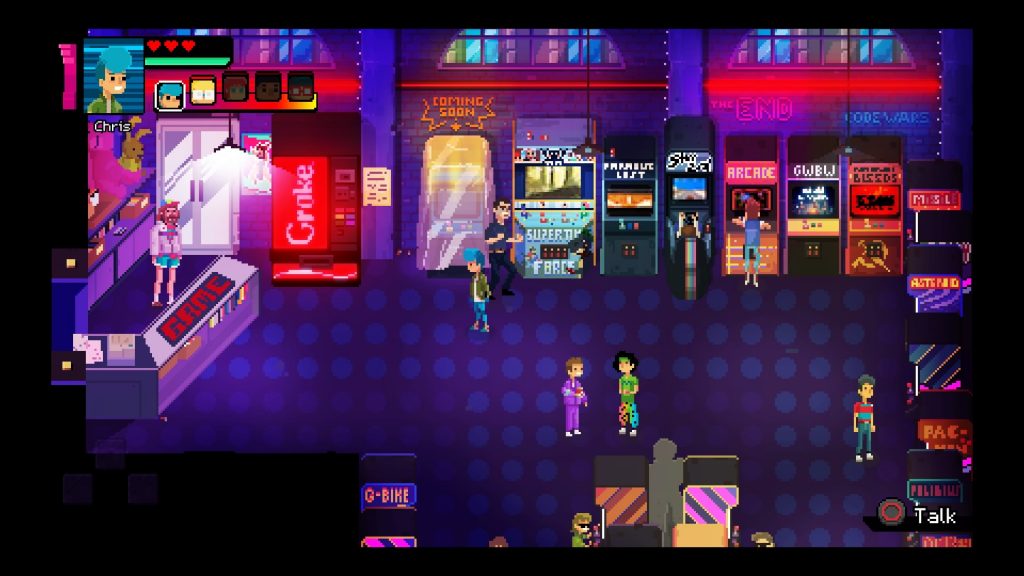 You start the game with one character, the baseball bat wielding Chris (who is also able to climb vines) and each character introduction acts as a miniature tutorial of sorts.  You’ll soon add the science geek Matthew (who also is able to hover and make it over wider gaps), the heavy lifter (Big Joe), the token girl in the gang Charlene (who can propel herself across wide gaps with a slingshot) and finally Kevin you meet in the tree house that you spend the opening act heading towards.

It brings to mind classic Interplay platformer The Lost Vikings in so far as you’ll need a certain character to negotiate a puzzle or defeat a group of enemies quicker.  It’s not immediately clear what Kevin’s special ability is, but I’m sure it’ll become obvious the further you get into the game. 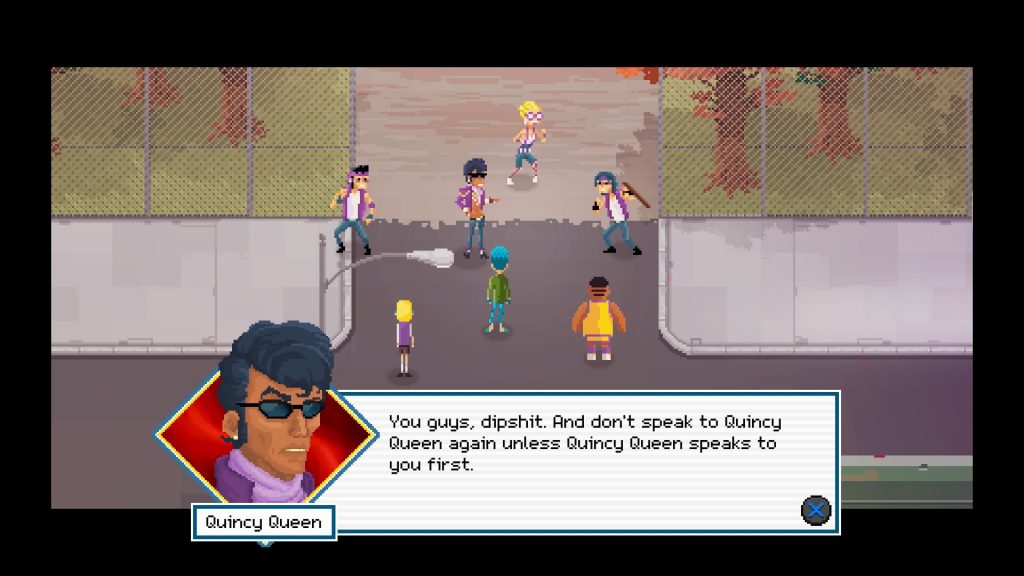 In keeping with the retro style, you save at designated points indicated by a floppy disc icon. It makes a refreshing change from the current vogue of being able to save anywhere. The downside of course being you can think “yeah, I’m good to not save” and end up losing a load of progress.

Given this is a preview and the game is quite heavily plot driven, I won’t say much more than the story riffs on the likes of Stand By Me among others and naturally there’s an evil baddie plus several henchmen you eventually face off against during the story. There are a few cutscenes throughout and they’re done in a Saturday morning cartoon style as you can see. 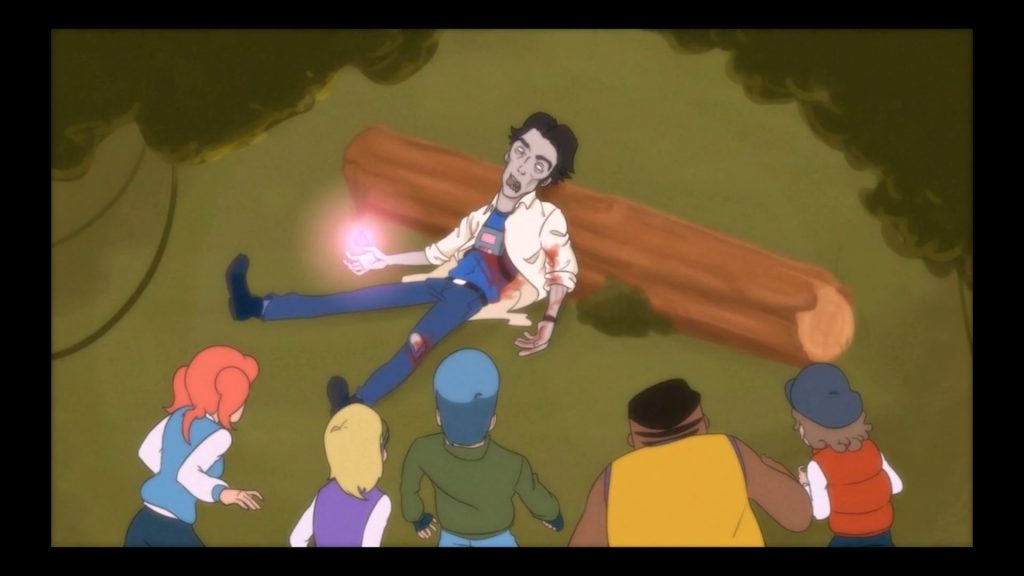 There’s a few collectibles to find in the game but they’re not a chore as the descriptions are pretty amusing and it’s well worth hunting down the VHS tapes, audio cassettes and videogames.

All in all, our first impression is that this game is looking like a good ‘un and should be well worth shelling out for once it’s released on February 13th.  We’ll be reviewing it then and I can’t wait to get back to it.  It has even stopped me playing the Xbox for once. Given the achievement habit I’ve got, that’s a good sign.