Planet Alpha is a game that wasn’t on our radar before Team 17 made us aware of it. More fool us as what we have here is probably one of the more refreshing takes on the 2.5D platformer in a sumptuously realised world.

Besides the obvious appeal of the beautiful graphics, you have tight controls and an interesting time bending mechanic. More on that later.

You wake to a prone figure lying on the ground, that turns out to be your player character. You turn out to be injured and limp your way across several screens. You’ll be immediately struck by how beautiful Planet Alpha is. There’s verdant landscapes, barren desert and dark catacombs to name but a few biomes. That’s just in the opening scenes. 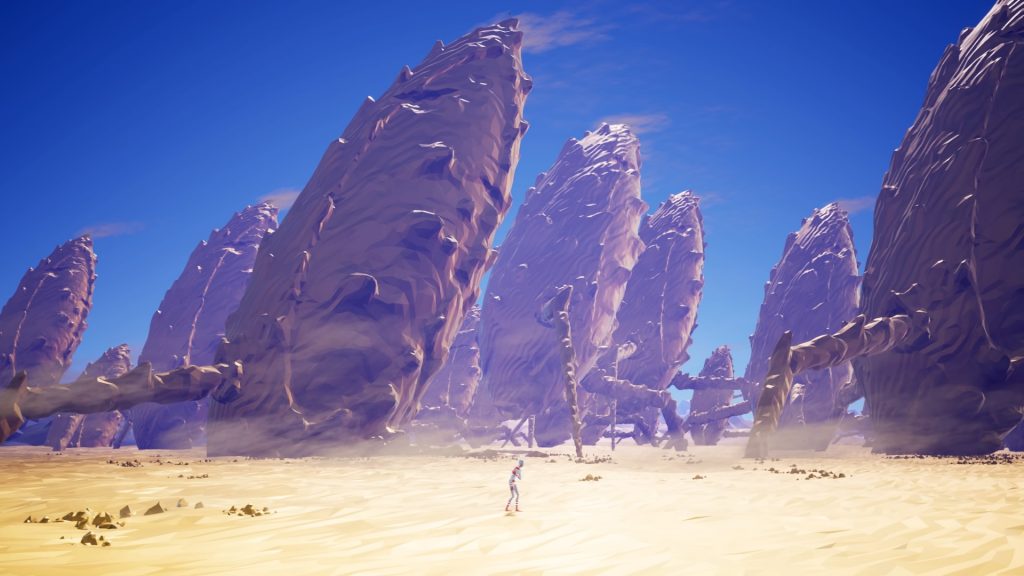 After a little scene setting, the game introduces a key mechanic that will prove essential to your progress through the game. The aforementioned time bending manifests as your spindly spaceman being able to rotate the planet you’re marooned on. Holding

winds time forwards. In addition, you can interact with occasional objects by tapping

. These are generally few and far between.

Besides the natural world, you’ll come upon the ruins of a once wondrous civilisation. For this reviewer at least, it brings to mind the glorious architectural vistas Fumito Ueda gave us in his masterpiece Ico. They’re gorgeous. 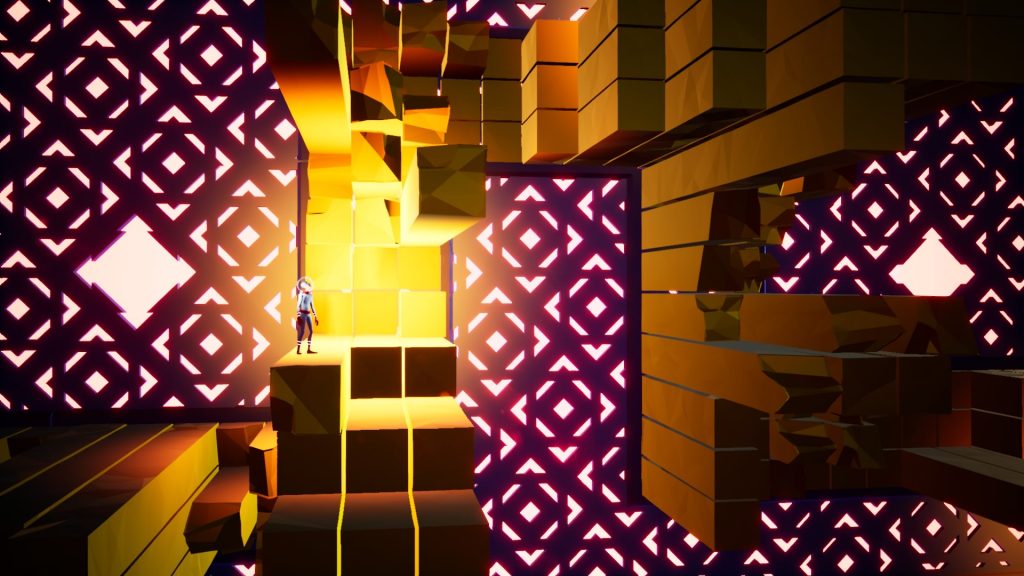 This is no paradise though. Eventually you’ll realise that besides various fauna; most of it benign; you’re not alone. A hostile alien robot race soon crash the party in dramatic fashion.

From a giant claw wielding behemoth through a tripod with an instakill death ray culminating in small robots that you can generally outsmart, all of these will kill you repeatedly. We really hope there’s not a trophy for playing through the game with less than five deaths as we’re probably closer to a hundred.

Thankfully the platforming is fantastic so evading your robotic foes and the occasional hostile creature never feels like a chore. Your only stumbling blocks will generally be down to your forgetting the tools at your disposal. The platforming itself brings to mind the likes of Flashback in terms of setting and Limbo and the Oddworld series with regards the control you have over your avatar. No flat shaded polygons, monochrome austerity or industrial meat processing here though. 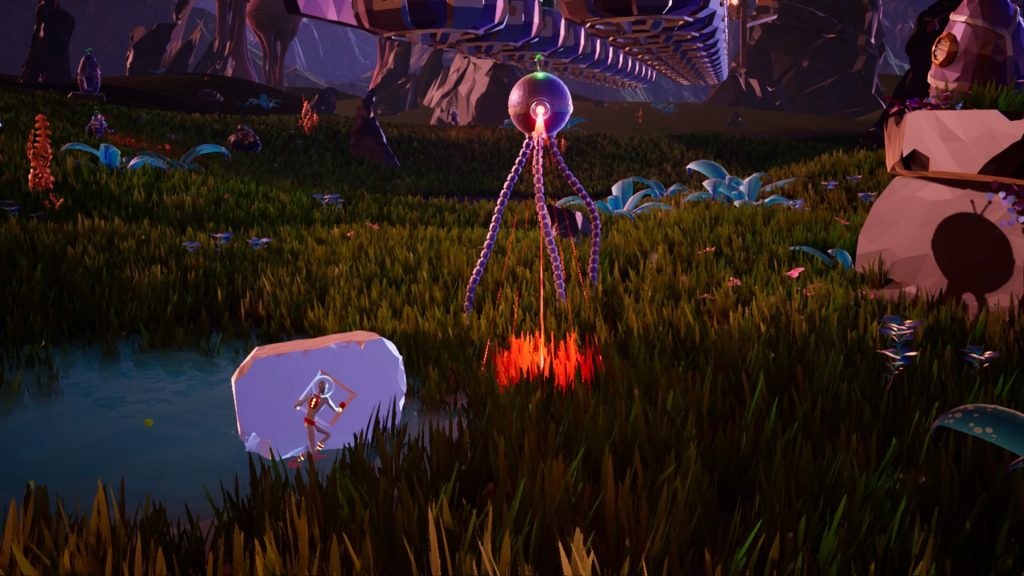 One notable set piece has you baiting enemies in range of a doorway, one swift time manipulation later, you’ll have dispatched the threat. It’s a great moment when you realise you’re pretty powerful after all. It makes up for the fact you have no weapons to speak of.

Some puzzles are a little oblique sometimes, but as you go further into the game, you’ll get more of a feel for how to tackle a situation be the obstacle due to enemies or the environment.

One of Planet Alpha‘s  greatest strengths is that once it has introduced a gameplay concept to you, there’s very little handholding involved. Occasionally though you’ll be at a complete loss as to what to do next. Though in our case, the fact it was one in the morning and we’d been playing for hours might’ve been a contributory factor. 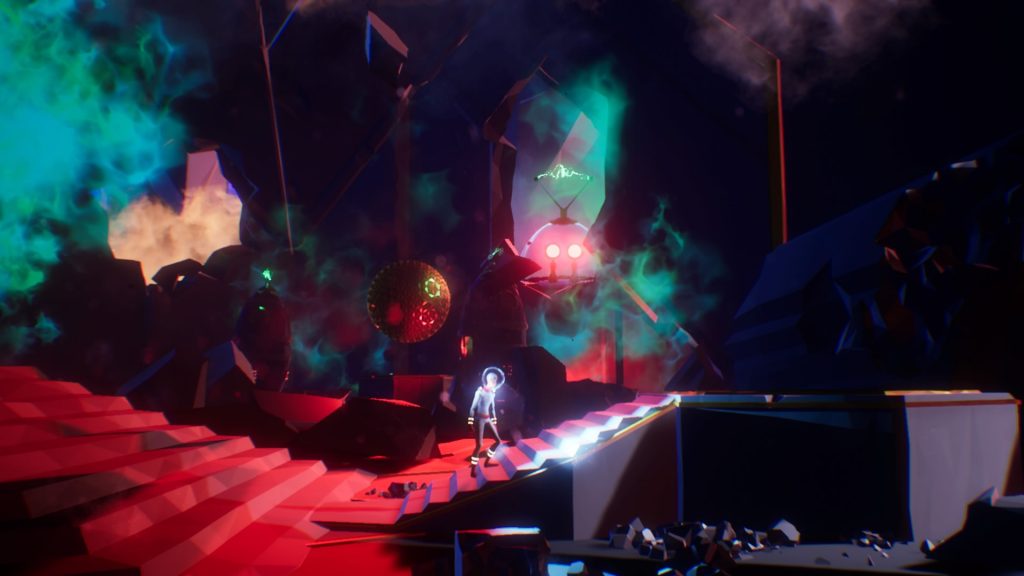 Sometimes though, the fact the 2.5D view doesn’t allow for any real depth perception means you’ll die by walking into the back of an enemy when to all intents and purposes you think they’re on a different layer to you. It’s a slightly frustrating problem, not unique to this game either. More the genre.

Finally a word on the trophies, the descriptions are pretty cryptic and don’t really give you any impetus to go off the beaten track. Instead during our playthrough, we unlocked a handful and we’re just fine with that. Maybe once more people have clocked the game we’ll go back to mop up. Anything for an excuse to go back through this luscious landscape once again. 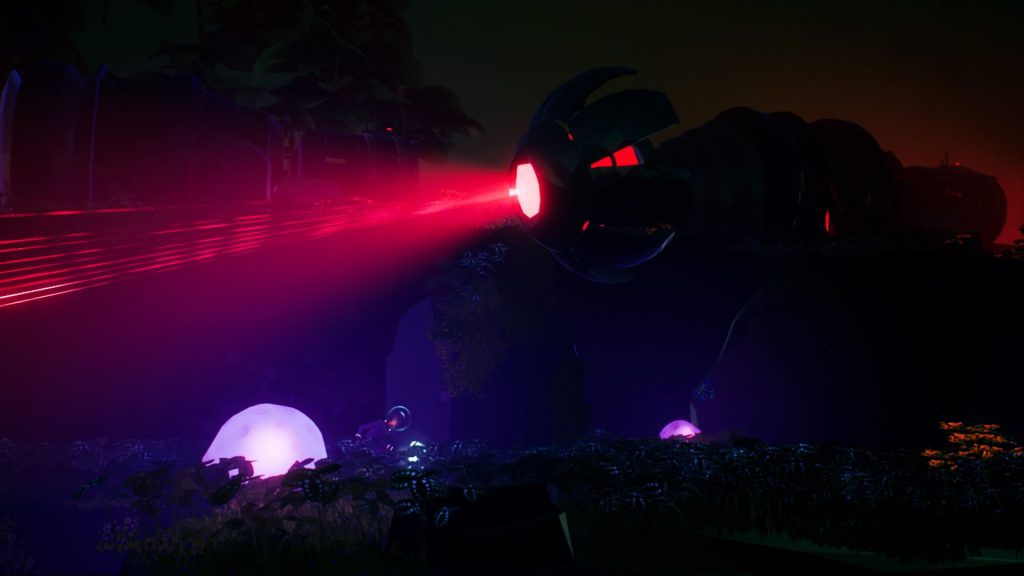 In conclusion, this is one of the most beautiful platformers you’re ever likely to play. Great intuitive controls and you genuinely feel like you’re on the run from a persistent antagonist. Wonderfully implemented set-pieces just add to the delightful package we have here.

Planet Alpha
8 Overall
Pros
+ Gorgeous landscapes and lighting effects
+ Interesting time bending mechanic
+ Palpable sense of menace from the enemies
+ Tight platforming action
Cons
- Occasional cheap deaths
- You'll sometimes be at a genuine loss as to where to go next
Summary
A beautiful 2.5D sci-fi platformer you'll feel compelled to unravel the mysteries of. Tight gameplay and the gorgeous setting make for a game we recommend without hesitation.