When it comes to real pinball, not the virtual stuff that Zen have been pumping out with their popular Pinball FX series, the original kings of it were probably Williams, the American company behind such well received tables as The Addams Family, Twilight Zone and Pin*Bot.

This compilation of tables features some of their lesser titles with The Getaway (1992), Junk Yard (1996) and Medieval Madness (1997). These tables join Fish Tales (1992) which is free to download already for all players. 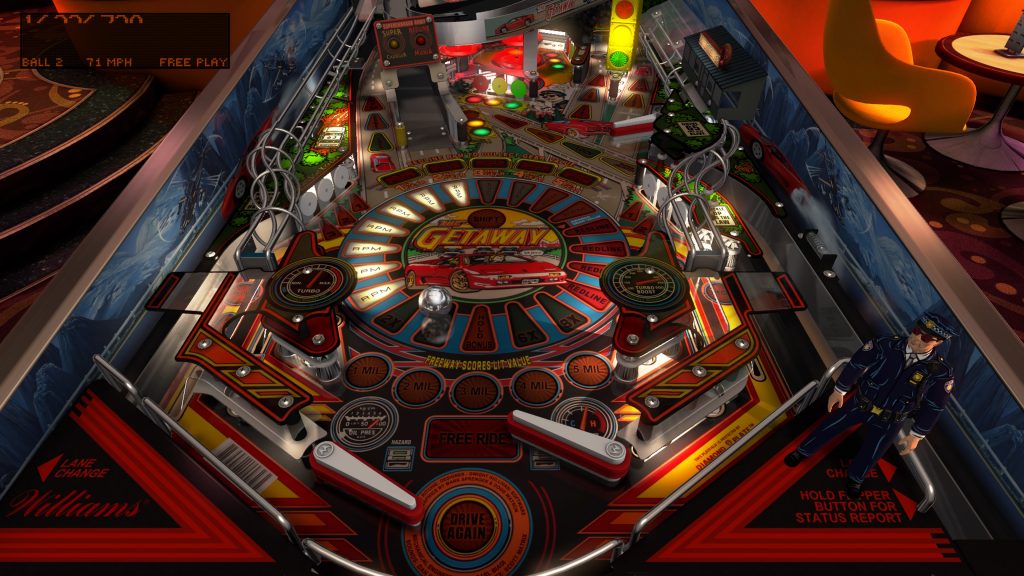 As ever, these tables are crammed into FX3’s superlative pinball engine which offers its usual superb physics as well as the ability to add in features that wouldn’t be possible on a real table but unlike some of Zen’s more imaginative tables, the ones on offer here do mostly simulate their real-life counterparts, giving them much more of a realistic approach.

All the usual Pinball FX3 features are present with various gameplay modes such as normal pinball, one ball only, timed challenges and all of that stuff along with the usual leaderboards. You still get options to play with or without upgrades and while these may seem a bit cheaty, it’s quite nice having the option to boost your scores a little.  Certain upgrades are linked to progress in the challenge modes (one ball, five minutes etc.) which gives you a reason to try all of the modes out. 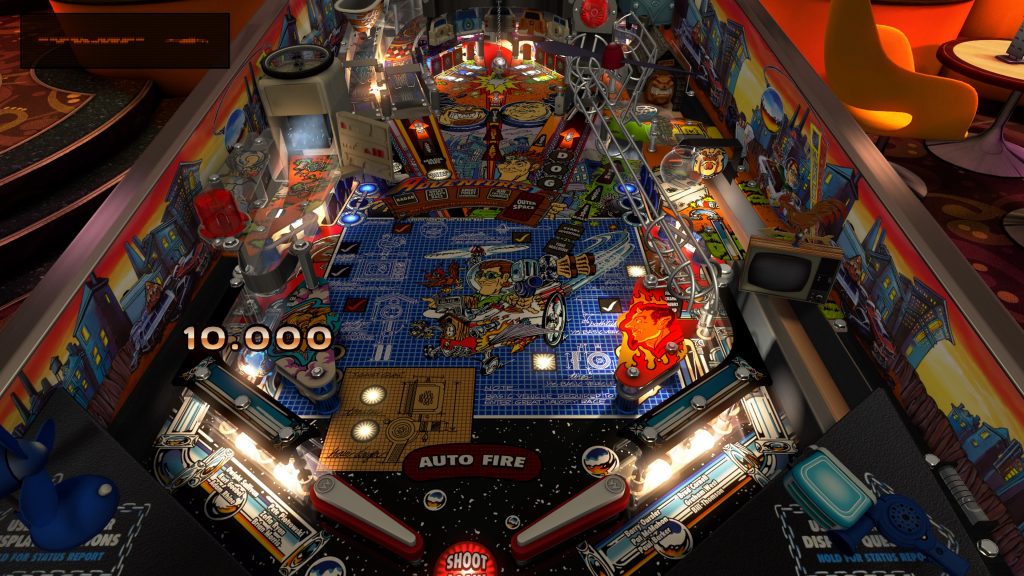 The individual tables are all pretty decent, with plenty of rules to learn. The lack of additional flashiness is fine and gives this pack a unique feel compared to the other tables in my collection.  Instead of having loads of impossible (to do in real life) features, this pack sticks to the basics but you do have the option to add some of those crazy graphical flourishes with the touch of a button.  The tables are all reasonably varied, if not in how they play then at least in their settings.

Fish Tales – Set in the ‘fun’ world of fishing, this watery table is relatively easy to understand with clear visuals and plenty of scoring opportunities. I did struggle with the ball going right down the middle with no chance to save it though. Like every single time I lost a ball I felt like there was nothing I could do. As such I soon got weary of this table which is a shame as it’d be good fun otherwise.

The Getaway – the pack’s second table offers big scoring opportunities and is arguably the fairest in the compilation.  The focus here is on cars or at least the idea of driving them far too fast.  There’s not a ton of stuff to do in this table and is generally lacking in bold features, although it does have a racing mini-game that is played on the video screen which is reasonably fun when you figure out how to play it. The chance to get those big scores makes this table quite addictive and its clear visuals and easy to understand rules make it great for beginners.

Junkyard – this one is very different to the former. It has you collecting junk items and as such has a very cluttered look. I’ve been able to do well at it, relatively speaking, but its rather unpleasant to look at.

Medieval Madness – as expected this table goes for a Dungeons and Dragons type of vibe with castles, dragons and damsels to deal with. It’s an interesting looking table with plenty of things to see and do and it’s not too difficult to play. The additional graphical features are well-implemented with some fun destructive elements and a giant dragon flying around. 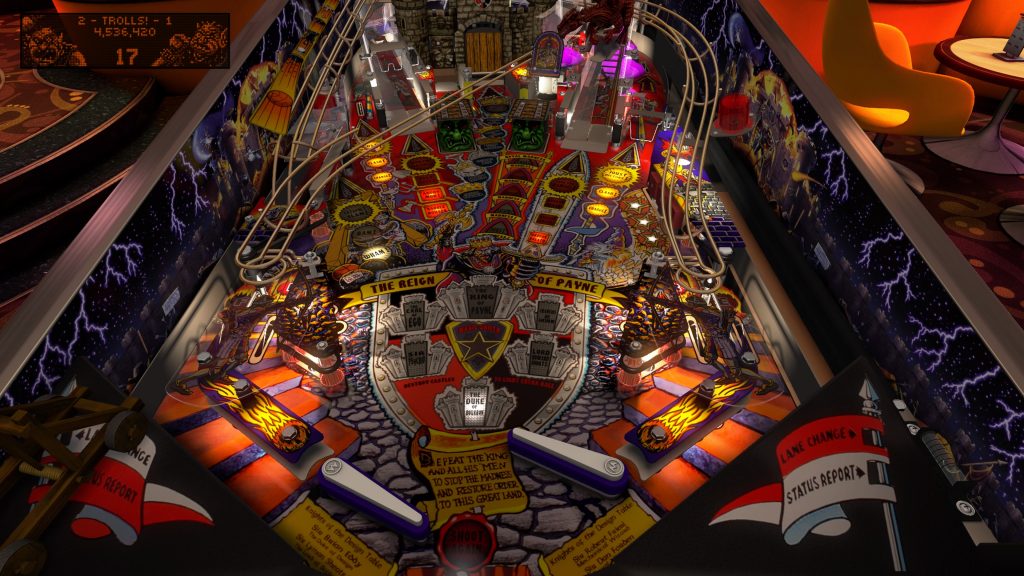 All four tables are up to the usual high Pinball FX3 standard and with one being free, and the rest coming in at just under £9, this package offers some decent value and is good enough to hold your attention before you fall back into playing your favourite tables and while it might not be as exciting playing these old school tables when the main game offers you others from universes such as Star Wars, Marvel, Aliens and others, this package will appeal to pinball veterans.

The only grumble is that these might not be the Williams tables you really wanted to see and while we may never see all of them due to licensing issues, it’s pretty exciting seeing the worlds Volume 1 in the package’s title.  Hopefully Zen are working on even better tables for the next release but, for now, this pack is sure to entertain beginners and veterans alike.

Pinball FX 3: Williams
7 Overall
Pros
+ Good variation of tables
+ Everything still has that Pinball FX polish
+ Less flashy than other tables (a good thing?)
Cons
- Some tables are a bit harsh
- Less flashy than other tables (a bad thing?)
Summary
Zen's continued support for Pinball FX3 is admirable and this collection of four tables from yesteryear is a welcome addition to their already ridiculously large stable of tables and is definitely a release for the old-school pinball fans out there but while this is a fun collection, Williams' best is yet to come.