The already sizeable collection of tables for Zen’s excellent Pinball FX3 hub now has increased by three thanks to this licensed collection of Jurassic Park themed tables.  The collection is out now on PSN for £7.99.  For your money you get the following tables which we’ll review one by one.

Jurassic Park Pinball:  Based on the original 1993 adventure film, this table features scenes and audio clips that fans will remember.  These often occur in that low-res dot matrix game screen though, which takes away from the epicness that we’d expect from this table.  That’s not the main issue though.  This table is merciless when it comes to the outlanes.  Almost every lost ball I’ve had has been down to an unavoidable loss at the edge of the play area in a way that I’ve not seen on a Zen table in years.  The table may hide plenty of exciting moments but it is incredibly frustrating trying to find them when you’re being subjected to these unfair losses. 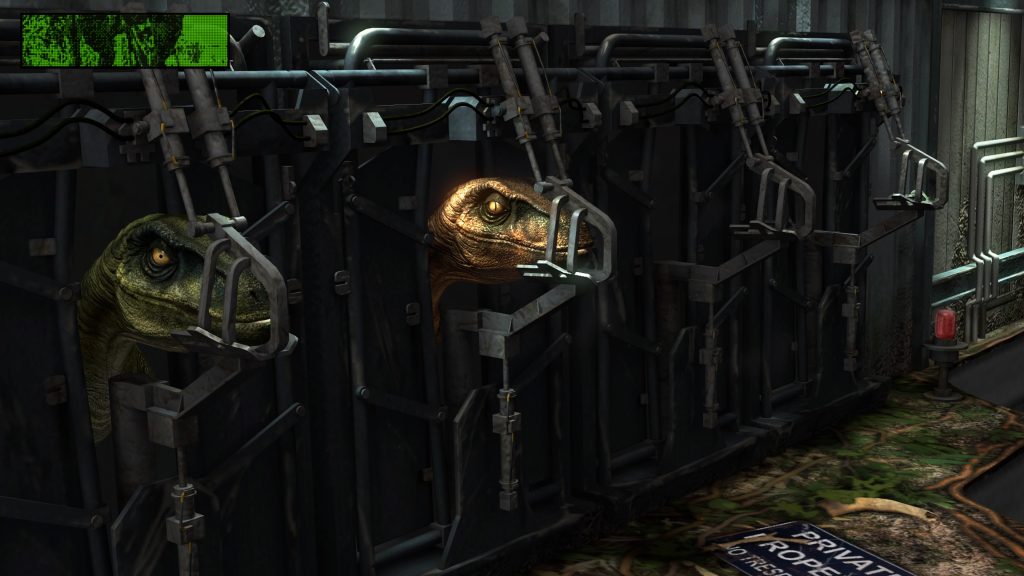 Jurassic Park Pinball Mayhem:   Thankfully the other table based on the original film is much better.  This one is far more playable and puts the dinosaurs front and centre, especially because of the lumbering stegosaurus in the middle of the table.  This table is certainly more exciting although the rules of it are quite hard to figure out.  Still, it’s pretty enjoyable.

Jurassic World:  Visually this table, based on the 2015 blockbuster, is the drabbest of them all thanks to its grey-blue palette.  Thankfully the gameplay is on point with a well-designed table layout and some good use of impossible in real life features that use the dinosaur gimmick quite effectively.

The latter two tables are pretty much worth the asking price but Jurassic Park Pinball really is a powerfully disappointing table.

For more information on Pinball FX3 check out our review here.

Pinball FX 3: Jurassic World Pinball
7 Overall
Pros
+ Two good tables
+ Fits in well with the other tables in the Pinball FX3 collection
Cons
- Jurassic Park table isn't any fun
- Would like to have seen less restrained use of dinosaur gimmicks and features
Summary
With two good tables and one that we really don't like, this collection of Jurassic Park themed tables represents fairly decent value for money for Pinball FX 3 fans.