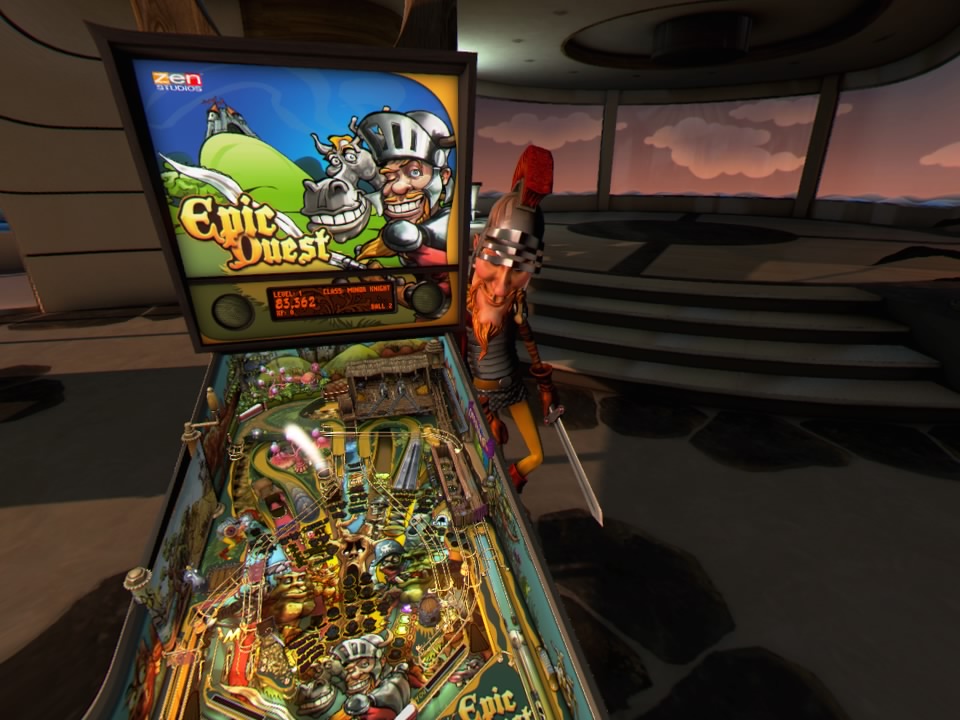 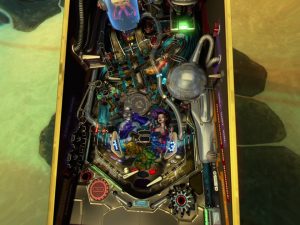 For a while there back in 2010, it seemed like everyone was playing Pinball FX 2.  The first game was a pretty decent pinball simulator but the sequel seemed bigger and better in every way, despite not being any kind of pinball expert, I found myself addicted to the game and the leaderboard competition that it brought.

On the PS4, the developers, Zen Studios, have so far put all of their efforts into Zen Pinball 2 which seems to have a lot of the same tables that Pinball FX 2 had but now they’ve muddied the waters by bringing back Pinball FX 2 but this time with PSVR functionality.  You still with me?

As ever, the core piece of software is a hub for all of your purchased tables.  In the original game, and Zen Pinball 2, tables were selected from a menu grid but here you have a large room with three spaces for tables.  You go to the menu grid to select a table and then put it in one of the spaces.  Also, you don’t walk around the room, everything is selected by sight and a button press. 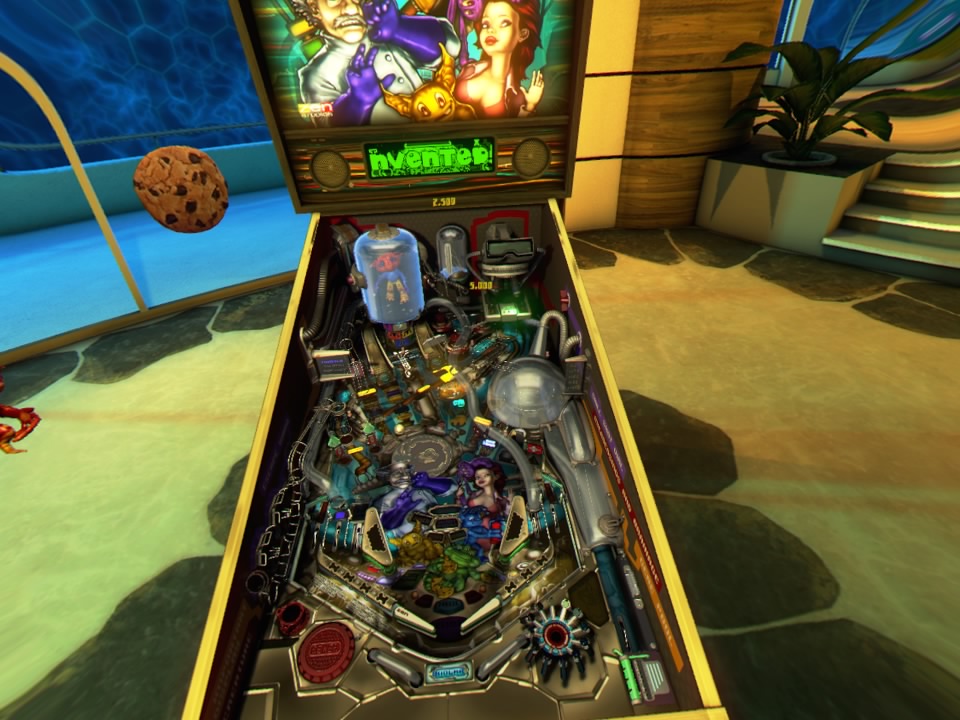 The core package has three tables – Epic Quest, MARS and Secrets of the Deep – and the first year season pack has a further five (BioLab, CastleStorm, Earth Defense, Paranormal and Wild West Rampage).  Of course, other tables will be released (the last-gen version of FX2 has loads, as does Zen Pinball 2), a process which has started with The Walking Dead (based on Telltale Games’ point and click adventure series).

As ever, you’ll have your favourites and ones that you like less and fans of the series will already know their own preferences.  So, rather than review the tables, the main thing to consider here is how does the experience work in PSVR.

The good news is that pinball seems particularly well-suited to the hardware.  In the previous games you had to try various camera angles before finding the one you hate the least (I’m of the opinion that the flat, top-down view from Pinball Dreams was the best option but they never implemented that) but in VR you can see the whole table and it makes a massive difference.  You are no longer compromised. 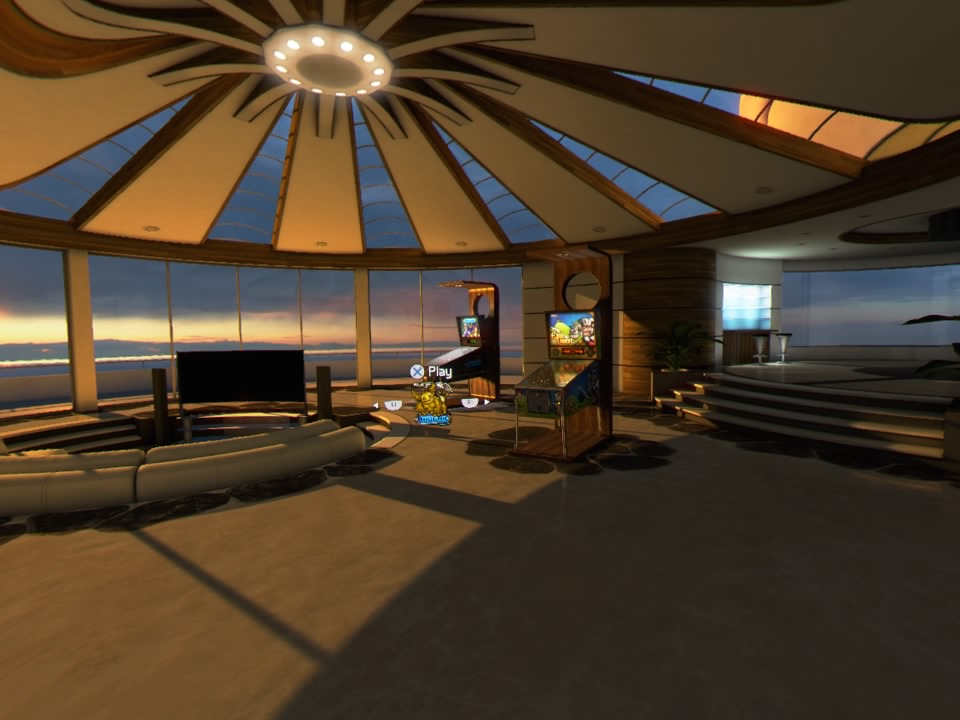 The downside is that, at a certain distance, the visuals can be a little bit jagged.  The closer you get to the table, the better it looks, but if you go for the standard standing at the table kind of view, the visuals are a little underwhelming.

Configuring it isn’t too difficult though and in the end I felt like I had a good view of everything, the best I’ve had for a Zen pinball game.

Zen’s tables have always added things that wouldn’t be possible in regular pinball in terms of extra character and scenery and in VR they really take it to another level.  The Earth Defense table has helicopters flying around above the table, while the Secrets of the Deep table puts you underwater with sharks floating around as you play.  It could be a little distracting the first time you play a table, but I welcome the extra detail and you’ll soon tune it out. 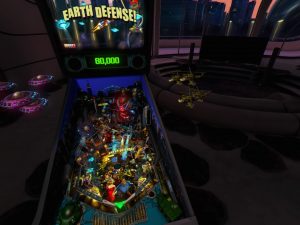 There is one main annoyance though.  Much like how PC gamers hate having competing launchers like Steam and Origin complicating their inventories of games, you’ll now have tables in Zen Pinball 2 and here (possibly the same tables) which is a bit annoying.  Also, you’ll be buying the same tables again if you want them here.  It’s understandable, all this VR gubbins isn’t going to come for free but even so, it is going to sting a bit.

But if you’re a pinball game fan with a PSVR headset, this is a great game.  Getting every table will ultimately be expensive and your trophy completion rate is going to go down the toilet but Zen know how to make great pinball games and this is yet another one.

Pinball FX 2 VR
8 Overall
Pros
+ Excellent pinball action + The VR view really improves things + Great VR gimmicks + Good sound
Cons
- The main room is a little plain and I'd like more active tables displayed - visuals are a little rough at some distances
Summary
While no-one will be thrilled about having to buy their favourite tables again, the combination of Zen's excellent pinball know-how and VR is a winning one.