I don’t tend to see a lot of brawlers these days. Sometimes it’s a genre that’s tough to get right but we’ve seen with the River City Ransom revivals and Steets of Rage recent return that there’s an audience for a good punch-up. Paw Paw Paw is the latest indie attempt to figure this out and, whilst it wears its influence firmly on its sleeve, there’s a charm here all its own. Developers Simpleton is at the helm. 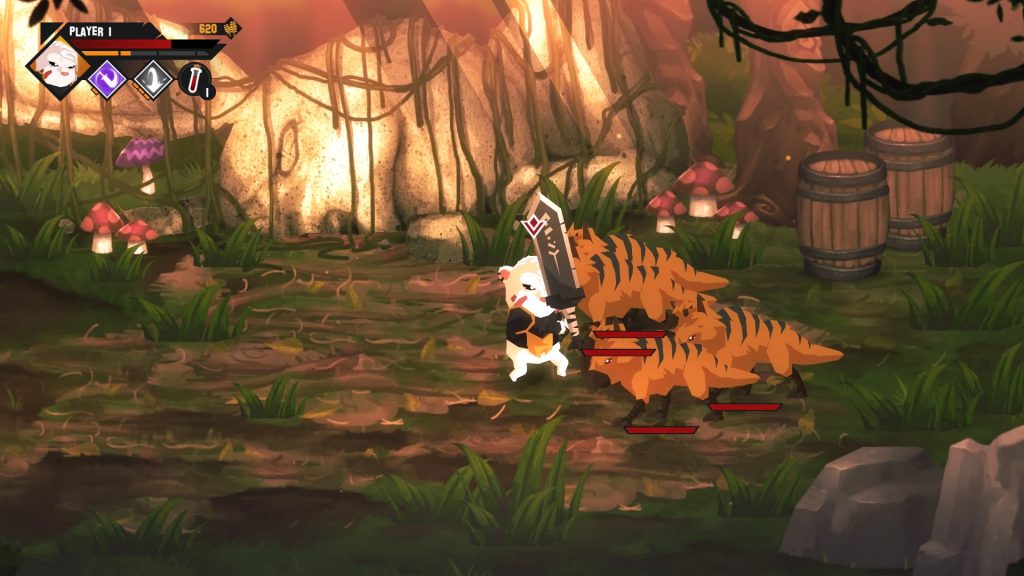 A hack and slasher akin to Castle Crashers, Paw Paw Paw’s story takes a daft premise and runs with it. King Bunnylord III has outlawed public nudity. In an entirely animal kingdom, pants are now enshrined into law. Our band of Anti-Pants heroes are looking to correct that by force. There’s plenty of humour on offer. It doesn’t feel forced or overbearing but it sets the tone for a fun little romp.

Gameplay is what you’d expect. You have a handful of characters to choose from who all specialise in different weapons. They mostly all function the same with a combination of light and heavy attacks leading to devastating combos. I’ve been mostly playing as Kamu who can equip shields. You can block but can also roll to dodge out of danger. You also have some special attacks which are charged up by collecting fruit and loot during each stage. It does encourage replaying old levels as different fighters. 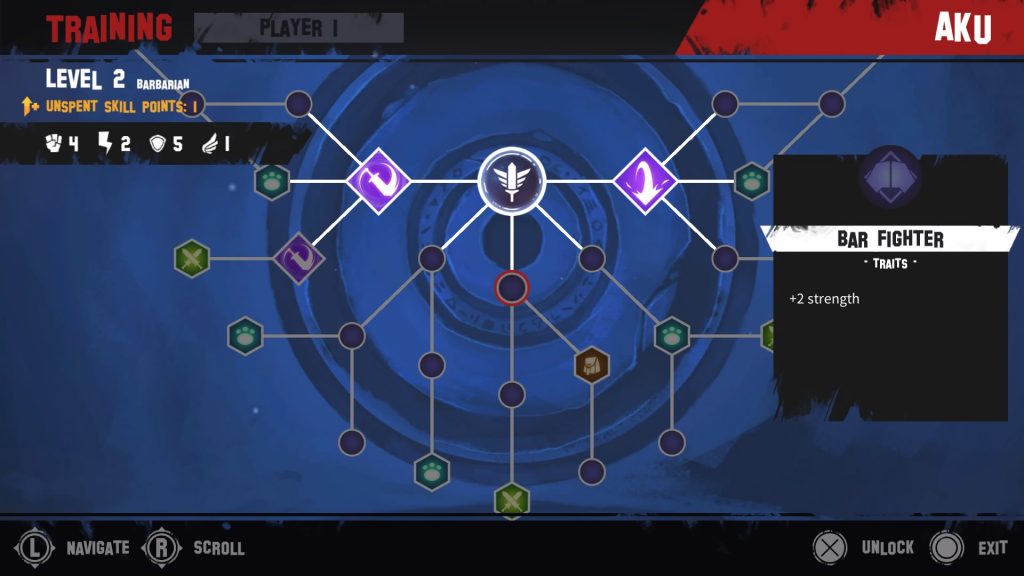 Combat has a decent flow to it as you move in and out of trouble. Some classes can tank better than others but there’s a consistency to how the fighting feels. Getting into a group and smashing them has a grand feel but being wary of your spacing is crucial. Enemy variety is strong with each area containing their own set of foes and they all carry different threats. Archers bring some range, flame-throwers deliver a stream of fire whilst some of the brawlers deal some heavy hits.

There’s a good sense of progression to Paw Paw Paw. Not just from the campaign’s locales but from what you do at base camp. Your characters can level up and accrue cash to spend how you like. You can bolster your skill tree for new combos, boosts in attributes and inventory space. You can equip any new weapons you find and buy items such as bombs, potions and mounts. You can also buy companions to roll with you but you’re unfortunately limited to one at a time. Given it’s potentially a four-player experience, it would’ve been nice to have three AI compatriots help with the fighting. 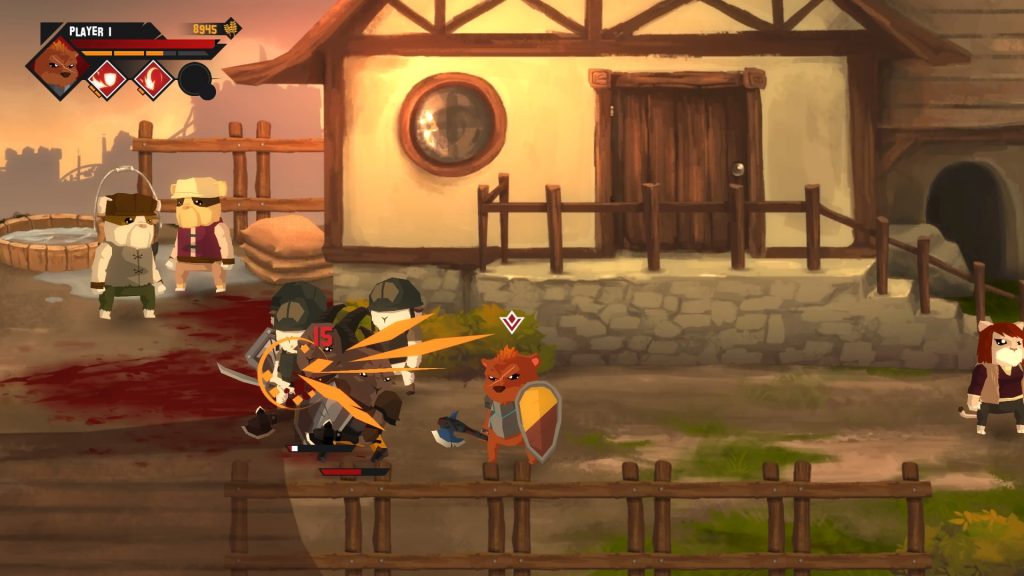 I’ve never struggled for money although the tail end of the campaign does push your resources to the limit. It rarely feels like a grind but, as a solo player, I did feel the need to stock up on health and tank some stages out. I do find you can get juggled by AI and dizzied by them. That can irritate and chew through your health suddenly. I’ve noticed in the final stages you will get ganged up on and stun-locked which makes the conclusion of the campaign bothersome.

The loot isn’t as extensive as I’d like. It’s nice to find new gear but, during my playthrough, I only found 3 weapons I could effectively use. You gain weaponry for all classes so you’ll find the majority of what you discover won’t be usable. At least it means a change of player character doesn’t come with starting from scratch.

The other modes are very slim. There’s a survival mode which carries on until you don’t but that doesn’t deliver anything meaningful. Your kills and money don’t appear to feed back into your campaign progress and appear to be there as a way to track score. Other than that, you have a versus mode for some couch multiplayer. 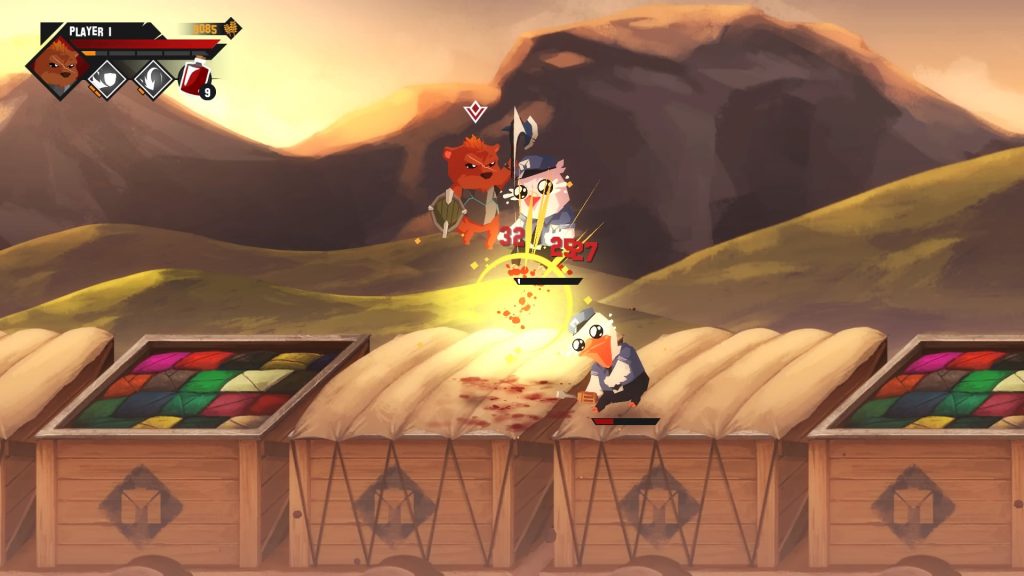 Presentation is fairly good. The writing is light hearted and there’s plenty of charm in the designs of the enemies. The wide-eyed agony they display when being hit is a nice visual and damage numbers pop off everywhere. The variety of the locations help convey a long, arduous journey and it allows for some nice diversions through snowy mountains, village life and the inevitable castle crashing. Music works well with the only the irritating overworld music feeling like a misstep. The rest of the soundtrack does a fine job. It’s jaunty and playful, in-keeping with the game’s general tone.

I’ve had plenty of fun with Paw Paw Paw. It’s appropriately silly but the actual hack and slash gameplay has plenty of nuance to it. It’s a pity there’s nothing much beyond the lengthy campaign but there’s enough here for a guy like me to enjoy. I do find the latter stages to be a bit troublesome. Enemies do like to dizzy and stun you at that stage and I hate having to tank that out.

Paw Paw Paw
7 Overall
Pros
+ Fun, responsive combat.
+ A lengthy campaign with a good sense of progression.
+ A cheeky story with some charming writing.
+ Plenty of varied locales and enemies to batter.
Cons
- The latter stages of the campaign can feel brutal.
- Being dizzied by enemies can be infuriating.
- The map music sound awful.
- Survival and Vs modes are barebones.
Summary
Paw Paw Paw is an enjoyable brawler that manages to offer some persistence in a lengthy campaign. The combat has a depth to it and the enemies are nice and varied. It's a shame they deal so much damage and stun at the bitter end but the arenas do mostly offer you room to escape. The areas are nicely varied with some interesting bosses to tackle. Overall, it's a solid effort.