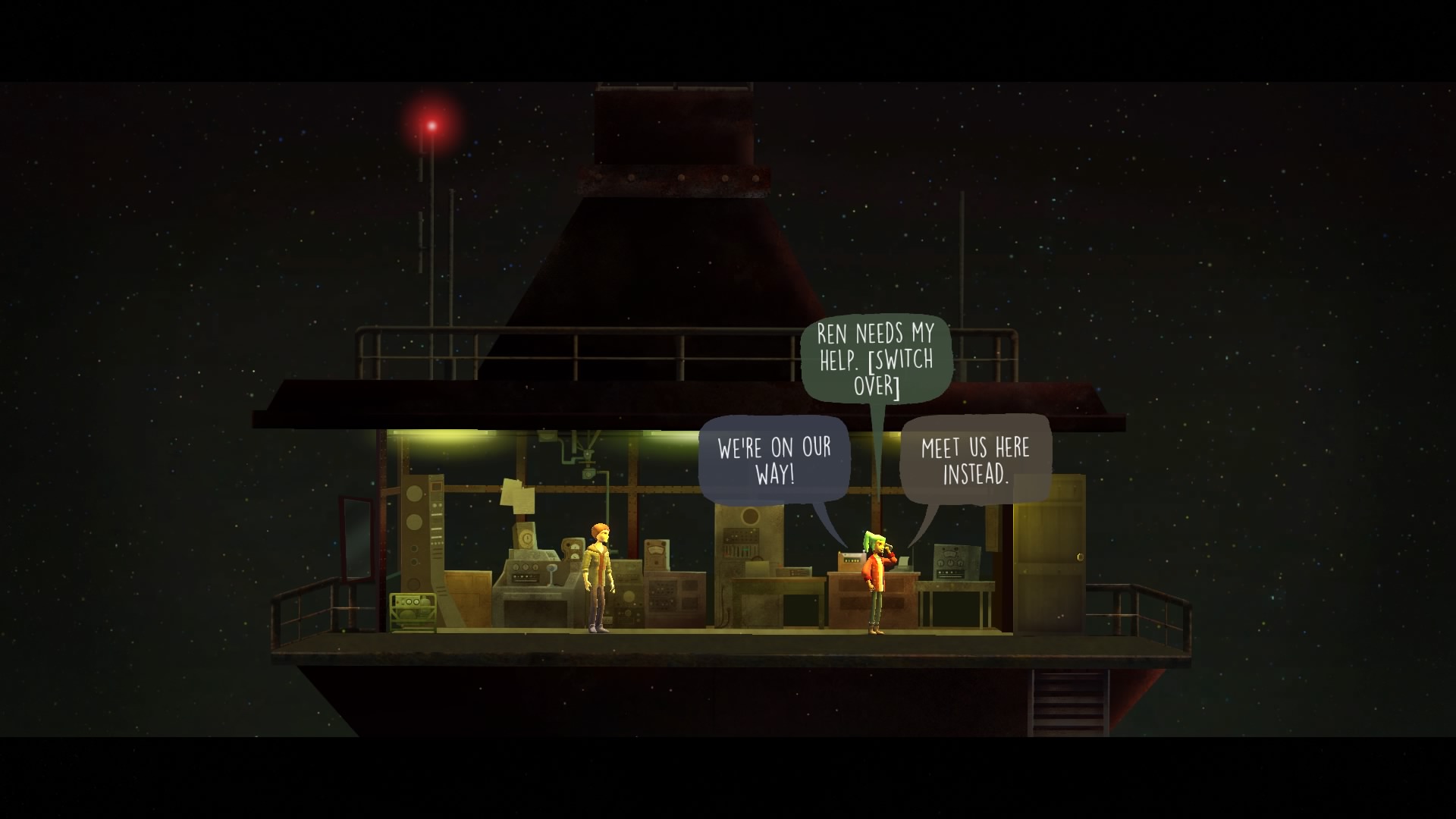 Back in the day I had a modded PS1, and an import copy of Metal Gear Solid.  In order to play the game I needed to have a 60hrtz tv, 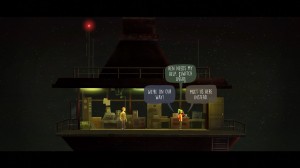 something I didn’t own.  However what I did have was an old black and white telly with a proper analogue tuning dial.  This was a secret adventure for me and felt all spooky and mysterious, like I was somehow playing the system.  In reality what this allowed me to do was to tune the TV into just the right frequency to allow me to play Metal Gear Solid, albeit in black and white.  This is something which Oxenfree reminded me of, both as the childhood coming of age story, and the portable radio your carry throughout the game.

Something the indie scene has excelled in is telling a good story, and tackling issues not generally found in the bigger budget releases.  Oxenfree continues this trend of excellence in storytelling and adds a dash of spooky mystery as well.  Telling the story of teenager Alex, and her four friends, who set out to spend a night drinking and shooting the breeze on an abandoned island.  Things quickly take a turn for the spooky when Alex tunes her portable radio into an odd frequency and apparently opens communications with another dimension.

It plays like a 2d cross between Everybody’s Gone To The Rapture and a Telltale game.  Yes it’s a basically a walking sim with added talking sections, but to dismiss it for this is to widely miss the mark.  You control Alex with the left stick and get to select your dialogue choices using the face buttons.  The best thing about this however is the fact you always have control over Alex and never get locked into a cinematic.  What this means is you are able to explore the environment, even when other characters are speaking.  Should you wish to you can also cut people off mid sentence by leaving the screen, interacting with obstacles or even answering questions before they’ve finished speaking.  This adds a wonderful naturalness to the dialogue and gives the games loads of charm.

The scripting and voice actors are top notch, and are up there with the best offerings from Telltale.  The characters are all teenagers, and the script reflects that, with awkward pauses odd observations and thinly veiled tensions all present.  There is also a lot of script, with talking happening pretty much all the time.  If feels like you have true control over how the conversations go too, as the other characters will all react in response to you.

Adding to the overall charm of this game is the lovely visual style and the great sound track by scntfc.  The way the art and the music complement the feel of the game is fantastic, the crackle of the radio and the oddly otherworld voices you can tune into really add depth to the game.

The game tells a story covering some weighty issues, and does so in an accessible and respectful way.  In order to explore these topics the game covers some gently spooky ground, never too scary to make you stop playing but just enough to make you squirm slightly in your seat.   Once again the tone of the game works great and fits perfectly with the art style and sound. 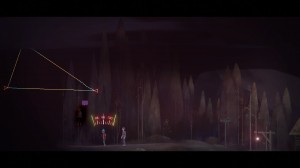 Oxenfree is definitely not a game for everyone though.  It’s relatively short being around three hours long, although to some extent this length is dictated by the story being told, there is no padding here.  There is also a distinct lack of interaction or action and all the whole pace of the game is leisurely.  Also loading times seem to be a bit on the large side for what is in effect a 2d game.

Overall this is a great game, it manages to tell an intelligent story in a unique and enjoyable way.  The great dialogue and excellent script manage to tell a story which will stay with you for a long time.

Oxenfree
8 Overall
Pros
+ Excellent story and voice cast + Nice spooky tone keeps you on the edge of your seat + Conversations feels genuine and flow naturally
Cons
- Not for fans of action games - The loading times are a little on the long side
Summary
An excellent story driven game focusing on a well realised coming of age tale with gentle spooky overtones. The voice acting feels brilliantly natural and allows you to care about the characters and their eventual outcomes.