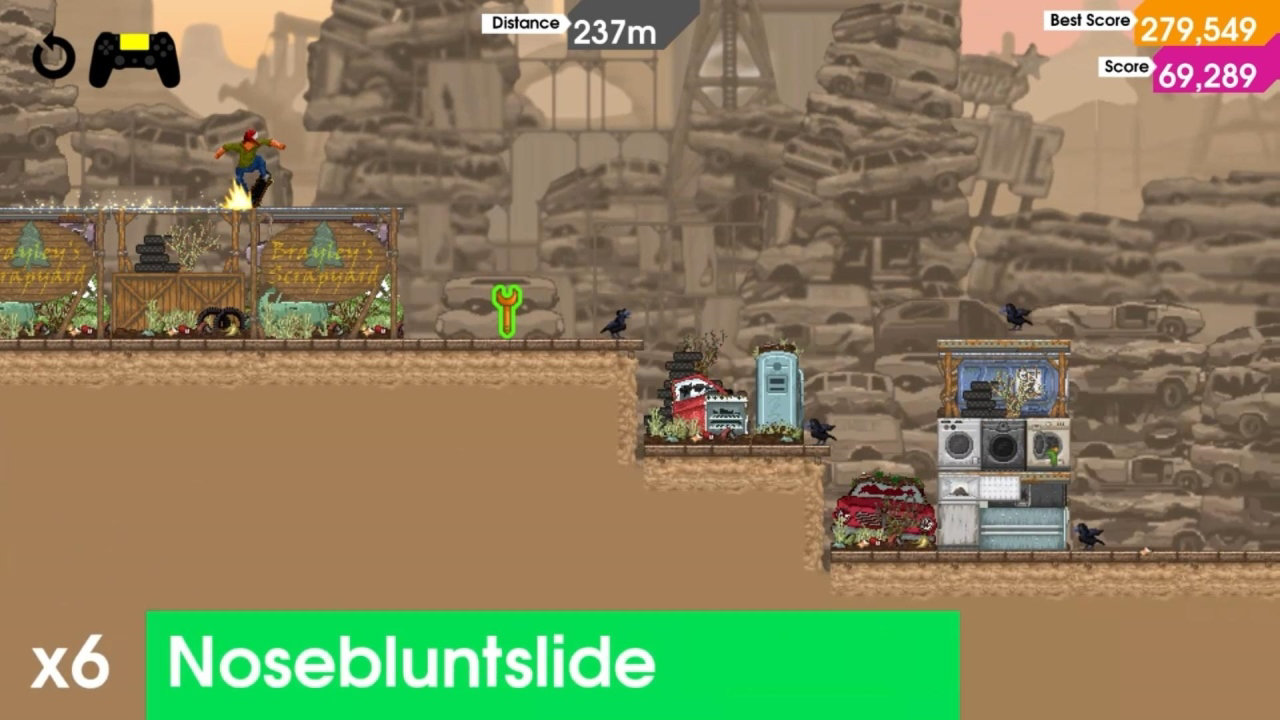 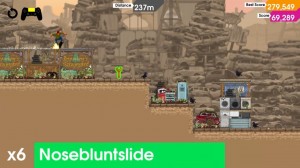 OlliOlli is one of my favourite PS Vita games. I reviewed it earlier this year for GamingLives and gave it a very respectable 8 out of 10 (only a few technical issues and slightly fiddly controls held it back) praising the game for it’s lovely presentation and for being a tad addictive. “The addictiveness cannot be overstated. I’ve burned out the entire charge of the Vita’s battery in a day. My hands went through handheld gaming cramp into some new stage where I thought I might have given myself super-arthritis.”

The game has now turned up on PS3 and PS4 (with lovely cross-buy functionality with the Vita version) and so yesterday my OlliOlli recovery relapsed so hard I practically started singing for The Libertines. The game doesn’t appear to feature cross-saving which is good as going in where I left off would have been like opening a gate to thumb hell and so I started the PS4 version from the beginning.

OlliOlli is a curious mix of those endless runner games (especially Canabalt which it shares a certain aesthetic with) and SKATE. You are tasked with traversing a selection of side-scrolling levels with your little skater using either your d-pad or analog stick to perform flips, grabs and grinds in extravagent combos and where tricking is all about left thumb dexterity, landing is all about perfect timing. 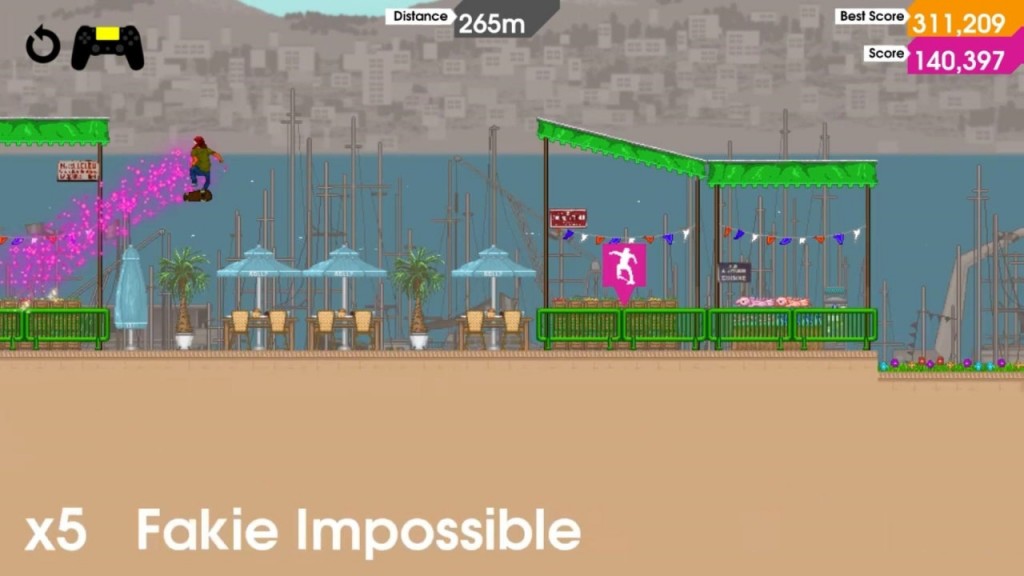 Risk equals reward. Risk also equals faceplanting regularly. Much like Trials HD, as soon as a run goes awry, you can restart with the press of button (the PS4’s touch pad in this case) and you’ll be doing that pretty regularly as you face off against whatever obstactle or challenge is troubling you at the time.

Each level comes with five challenges which usually involve score, collecting things or pulling off sspecific tricks. These range from fiendishly enjoyable to enjoyably fiendish and give each level purpose. Picking off a tough challenge is as rewarding a gaming experience as you can have right now BUT THERE’S ALWAYS ANOTHER ONE AROUND THE CORNER ARGH!

The stylish visuals are clean and crisp and really suit the bigger screen. As much as I love the Vita version, the game looks just as good on the PS4 and the additional size makes it a tad easier to play. The soundtrack is still fantastic too with a selection of ambient, jazzy and dance tracks that put almost every other game to shame. 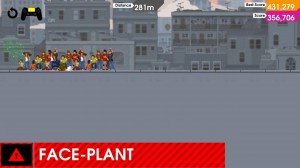 The best thing about this version is the controls. The Vita version could be a little unreliable at certain times but playing with the d-pad and/or the analog stick here feels better and make an already great game even better.

I’m loving being back into OlliOlli and while the game works really well on all formats, the PS4 version is definitely my favourite. The PS4 may be paddling in a sea of indie titles right now but this is probably the best so far (and well worth it for the Vita version too).

OlliOlli
8 Overall
Pros
+ Just as addictive as the Vita version.
+ The crisp graphics and excellent soundtrack both benefit from being on the bigger screen.
+ Dualshock 4 controls are a tad tighter than the Vita version.
+ Cross buy
Cons
- Gets pretty frustrating.
- Some of the later challenges are brutal.
Summary
Roll7's fabulous not-so-endless Vita skater ends up on the PS4.