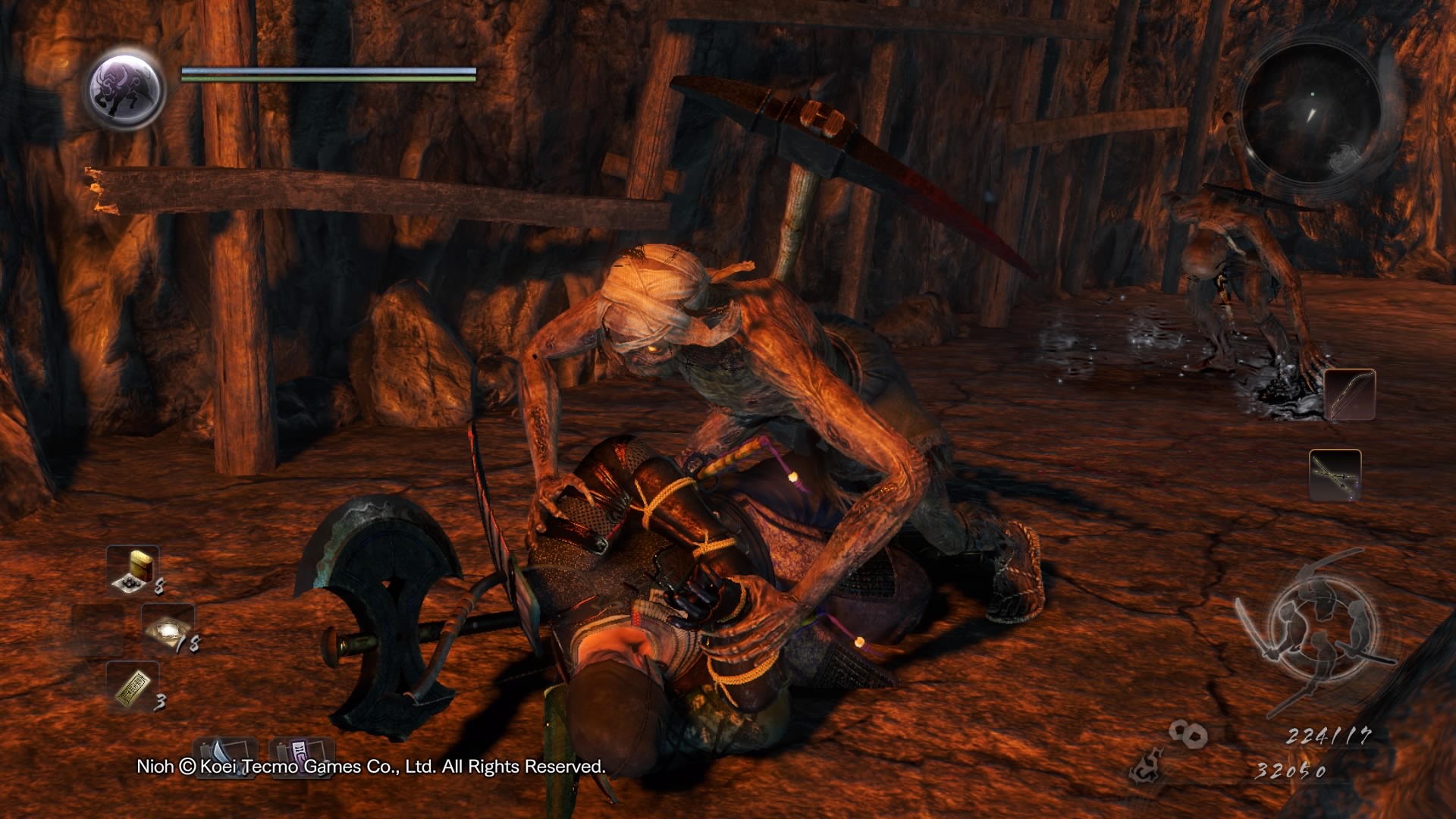 Way back in 2004, Nioh’s long, truncated development began with elements of an Akira Kurasawa script and a whole lot of technical issues. Through over a decade’s worth of toil, tweaks and perseverance, Team Ninja’s latest samurai slasher has finally arrived. 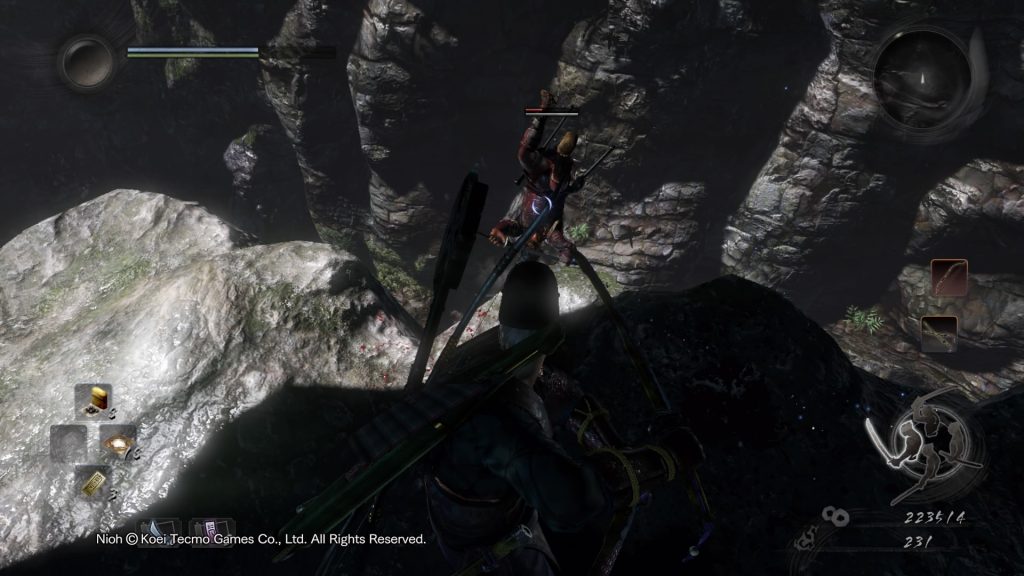 In that time, tastes have changed, new genres have risen and the industry itself has changed. Far from being an outdated porridge of ideas, Nioh has encompassed a smorgasbord of mechanics and elements which pay homage to plenty of contemporaries whilst maintaining its own sense of self.

The most reductive way to describe this game is as a Samurai Dark Souls. It’s true that its combat takes some big cues from From’s franchise with the usual, deliberate duels taking place but there’s a slicker pace to fights that certainly gives Nioh‘s scraps more immediate feel. Animations are shorter which give you opportunities to react and this is where some of Team Ninja’s lineage starts to show. You have three main stances to operate with and can switch between them at will. There’s one for each occasion but you can find one and stick with it, if you’re feeling overcome. Stamina management gets a boost with the Ki Pulse mechanic. Effectively, this is an active reload of your stamina bar. Time a button press right and you can gain extra stamina for extra hits or last minute dodges.

Quickly this game teaches you that, whilst it wears it’s influences on it’s sleeve, the whole package becomes a wholly different thing. You’ll utilise combat across a variety of main and side missions throughout a lengthy campaign. Each enemy has the chance to drop delicious, colour-coded loot which gives you an unbelievable amount of gear and builds to experiment with. Whilst you’re still a Samurai by trade, there’s magic skills to learn and really satisfying ranged combat which makes thinning crowds out a joy. 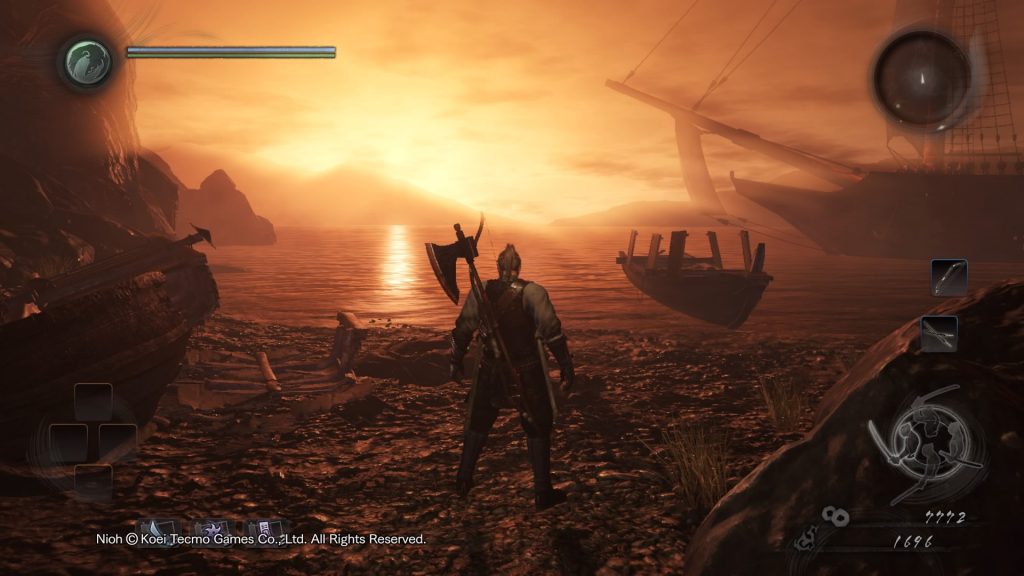 The missions themselves all take place within a feudal Japan based loosely around living people inhabiting a folklore with very prominent roots. The story is very full-frontal with it’s own sense of intrigue. I’m not so invested in the main character but basing it around the tall tales of yore means there’s plenty of extended reading for those entertained by it. William Adams’ real life is a fascinating read and the fictionalised account on offer is a very traditional story about political and demonic disturbances. It’s presented well with in-engine cutscenes interspersed with some excellent animated segments that fill in some of the blanks.

With this historical setting comes certain restrictions. Level design itself is actually pretty intricate with paths leading to shortcuts, secrets and new loot. Unfortunately, you’re traversing period villages inhabited by enemy types that will become all too familiar. The mission-based structure can probably take the blame for this. They all seem self-contained and, whilst some have unique enemy types, only a couple seem to stray outside their chosen missions. It presents the chance for things to get a little stale, although the combat might offer enough to distract you from these nit-picks. 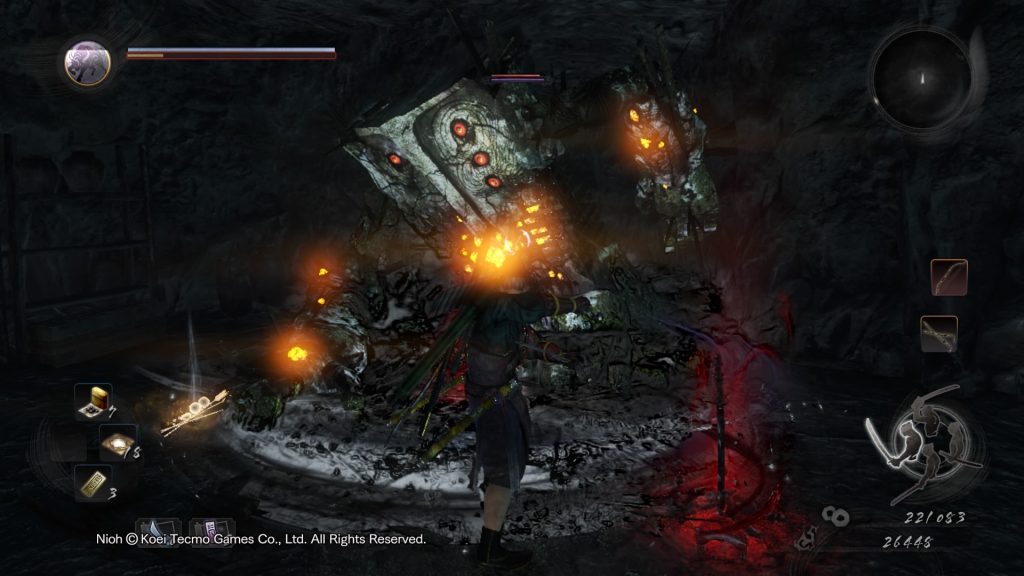 Nioh has a lot of time on offer. As well as the game’s main missions, there’s plenty of optional content ranging from short side-missions to repackaged boss fights and the game’s fabled Twilight Missions. These act as exceptional challenges often based around existing missions. Enemy placements are re-jigged and the stakes are raised. Success rewards you with better gear but a small selection of them are on offer daily. It’s a shame if you’re wanting to work your way through them in bulk.

This is a game that has felt pretty all-consuming. I will say that the game’s immediate difficulty spike has subsided. It’ll depend on your style of play but I found the bosses to be where the game’s power lies. They’re varied and many have tantalisingly punishable attacks whilst hitting hard in return. Patience is the key to an easier time which is why I think opinion over the game’s hardships is so split.

Technically, the game performs great on a the Playstation 4. The game allows you to chose between two modes (one for fidelity and other that prioritises framerate) and both hold steady. Load times are swift so restarts can be very quick. I’ve preferred the action setting as the game runs slickly at 60 frames per second both options perform admirably. 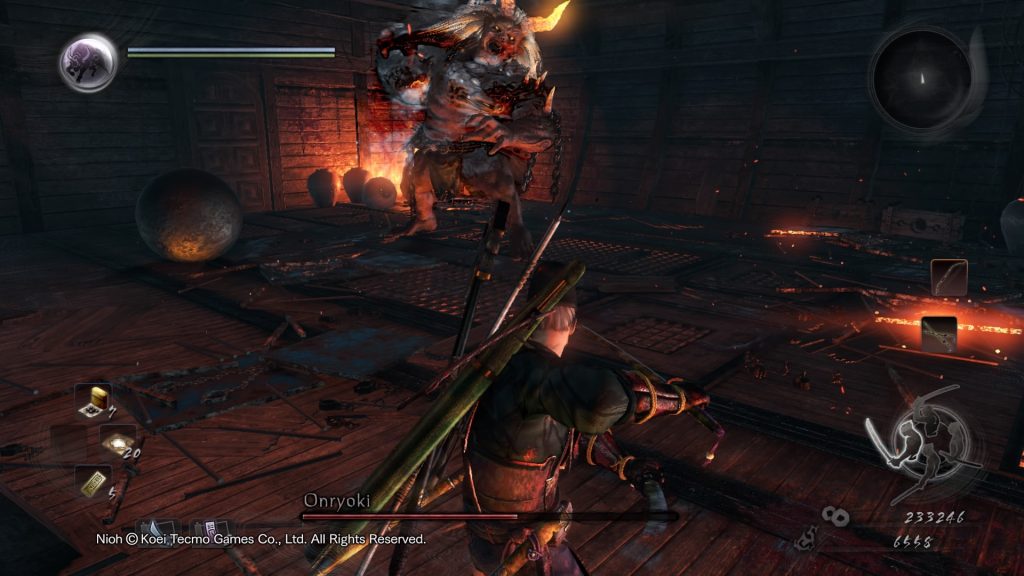 Considering the lengthy development cycle and numerous revisions the game has been undertaken, Nioh has emerged as an early surprise hit for the year. Whilst there are some missteps, they aren’t major enough to derail what is a seriously entertaining, loot-driven RPG. The excellent combat shines on against an intriguing, changing scenery and the compulsion to keep playing remains strong.

Nioh
9 Overall
Pros
+ Excellent, swift combat.
+ Increasingly intricate level design.
+ Plenty of missions to enjoy.
+ Compulsive, generous loot system.
Cons
- Feudal Japan doesn't allow for much aesthetic variety.
- Repetitive enemy types.
- Uneven difficulty that skews more heavily towards boss encounters.
Summary
Nioh has been a pleasant surprise. There's a thoughtful consideration to its level design and, whilst they sometimes look uninspired, the strength of the combat maintains my attention. The difficulty might feel uneven but this is a challenge which anyone curious should undertake. It's been a long, careful road that could've seen many things derailed. Thankfully, the final product is outstanding.