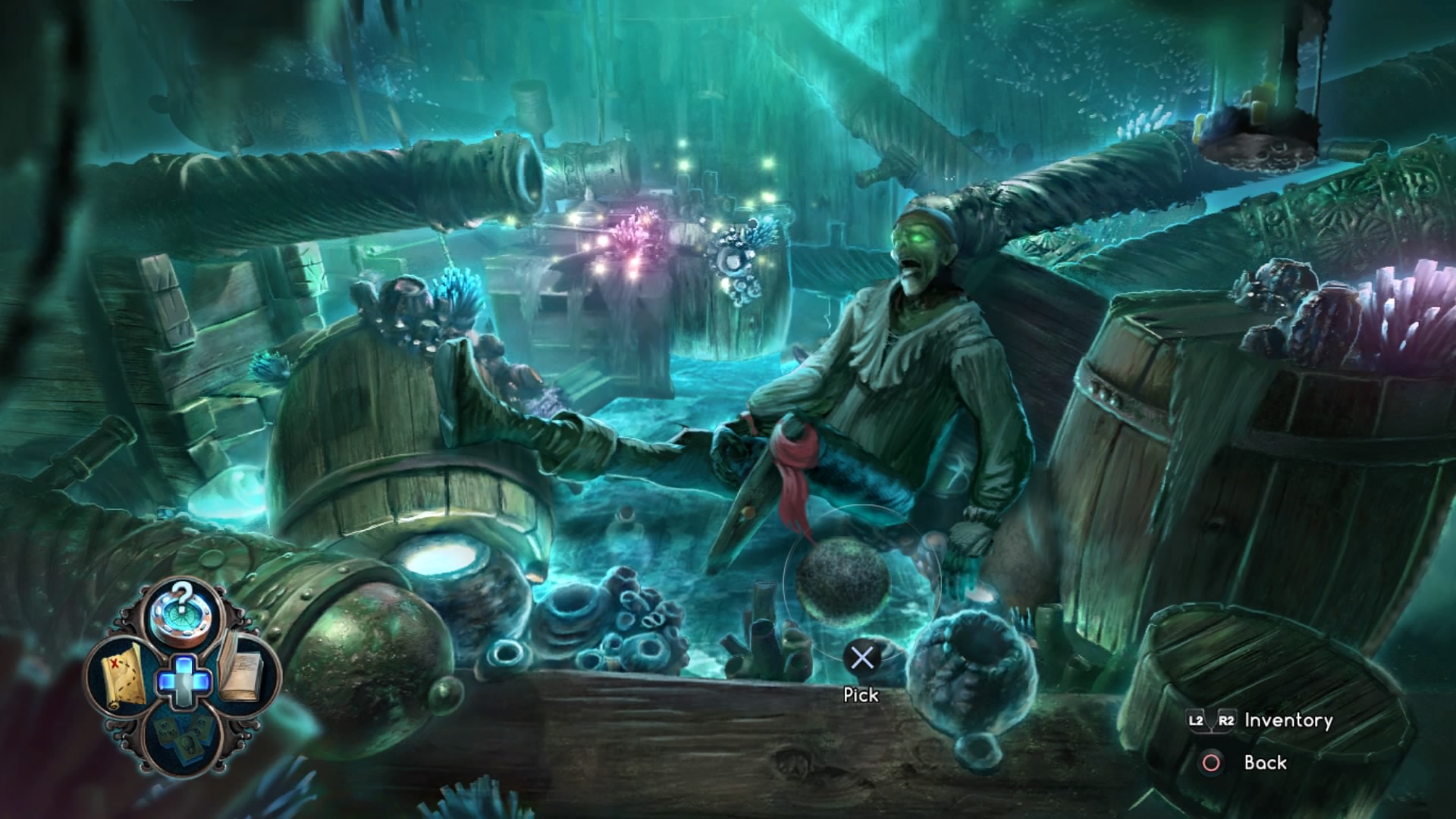 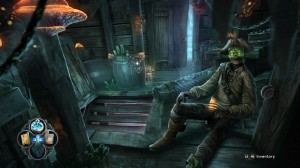 Nightmares from the Deep: The Cursed Heart is a game by Artifex Mundi that has been released on pretty much every platform on the market and now it’s on PS4. A quick bit of research will show Artifex Mundi to be masters of the hidden object style of video game and this is no different.

You start the game as the owner of a museum who is getting a new attraction in the form of an infamous pirate corpse that has recently been recovered from the ocean floor. Your daughter is with you to take delivery of said corpse so you can set up your new addition. After a couple of brief puzzles the corpse comes to life and snatches your daughter away, ploughing his ghost ship through your museum in the process. You manage to get on board and your quest to save your daughter continues from there.

There are quite a few cutscenes to play out the story and the story is just good enough to keep you plodding along, though it’s nothing special. The cutscenes themselves are serviceable but remind me of a ’90s PC game cutscenes, specifically the Goosebumps game if you ever played that. The voice acting is below average and the recordings themselves aren’t great quality. Still, this is a puzzle game so you’re not here for that.

The background artwork is actually very nice with hand painted 2D drawings which are easy on the eye and are detailed enough that you can see what you need to. Character models aren’t so great as they appear to be 3D models that have been rotoscoped like the old Donkey Kong Country games but with not many frames and poor models.

Ultimately though none of that stuff matters. The gameplay will be what makes you decide whether you’re interested in this game. There are a couple of different aspects to it. One is exploring locations, picking up items like a point and click adventure game. You have no physical body, you simply move a cursor around the screen and select items. Then there are puzzles which sometimes involve the items you’ve acquired or sometimes require a bit more thought like solving a maze or reassembling something. Then you have the hidden object parts of the game which have you looking for a list of items in a cluttered image. If you don’t want to play the hidden object game you can press down on d-pad to play Mahjong to complete the puzzle instead. I don’t know why. 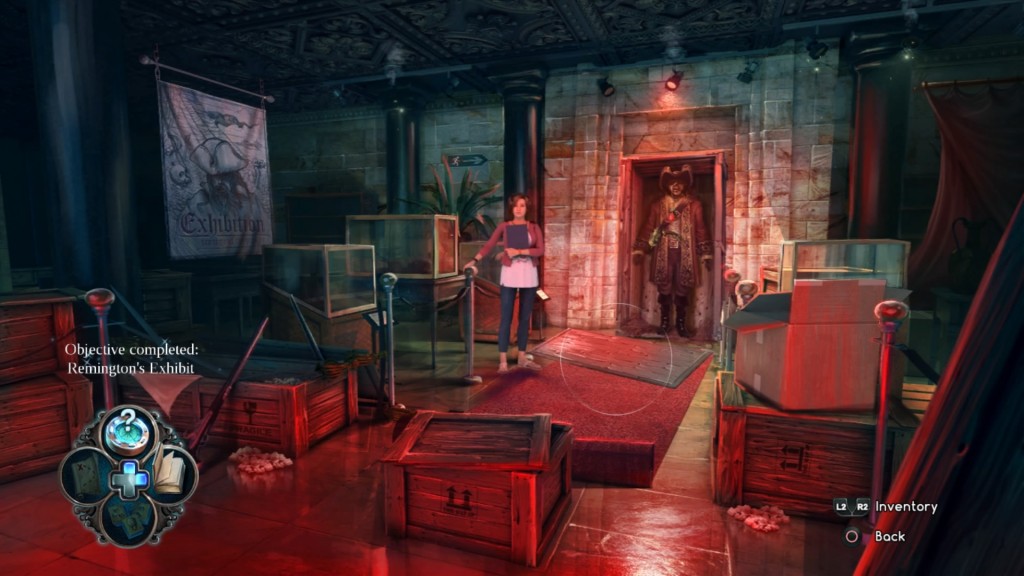 All games allow you to use a hint system if you choose but I’d advise against it as this is all there is to the game so you should try to engage with it. It isn’t overly difficult and the game is quite generous in telling you what items you need and what to do with them so you shouldn’t get stumped too often, the only times I got stuck was with knowing where to go and depending on which difficulty you play on the game will help you more or less with this.

What it sets out to achieve it does so very well, though one complaint I do have is that you are in the same area of the game for a long time. I was stuck, not knowing where to go, because hidden object games I’d completed already would open up again after I’d made some progress elsewhere which doesn’t make a whole lot of sense and is just a mechanic to stop you from getting certain items too early. It means you end up backtracking through the same areas over and over checking to see if you can interact with something again, despite already doing it. Moving from screen to screen is actually very fast so getting from one end of the world to the other is relatively painless but a more logical path through the world would have been appreciated rather than the contrived one we have here.

Another gripe, though far from game breaking, is the reticule you use to interact with everything. It’s quite large on the screen and yet only a small part of it is actually used to select stuff. Not a problem through most of the game as a prompt appears as you hover over things but this doesn’t happen in the hidden object games as you’d expect so I’d often be thrown off by the game not identifying the object I was trying to click so I’d think maybe that wasn’t what I was looking for. Beyond trophies there is no punishment for missing though so, as I said, not game breaking. 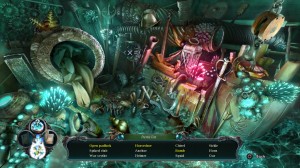 Ultimately Nightmares from the Deep: The Cursed Heart is a relaxing game, the type you’d get on your tablet to waste away a few hours. It’s not going to tax you too much and it’s not overly long but if at any point during this review you’ve thought to yourself “I fancy something like that” then this will do the job. If you think this sort of thing should stay on a tablet then you should steer clear.

Nightmares from the Deep: The Cursed Heart
6 Overall
Pros
+ Puzzles are enjoyable + Artwork is nice + Relaxing gameplay
Cons
- Backtracking is less fun - No real replay value - Slight interface gripes
Summary
Nightmares of the Deep is a point and click adventure with a good line in puzzles and some nice artwork but, as a mobile gaming series, it's not going to impress any PS4 gamers who buy it. It does offer some sedate fun though.