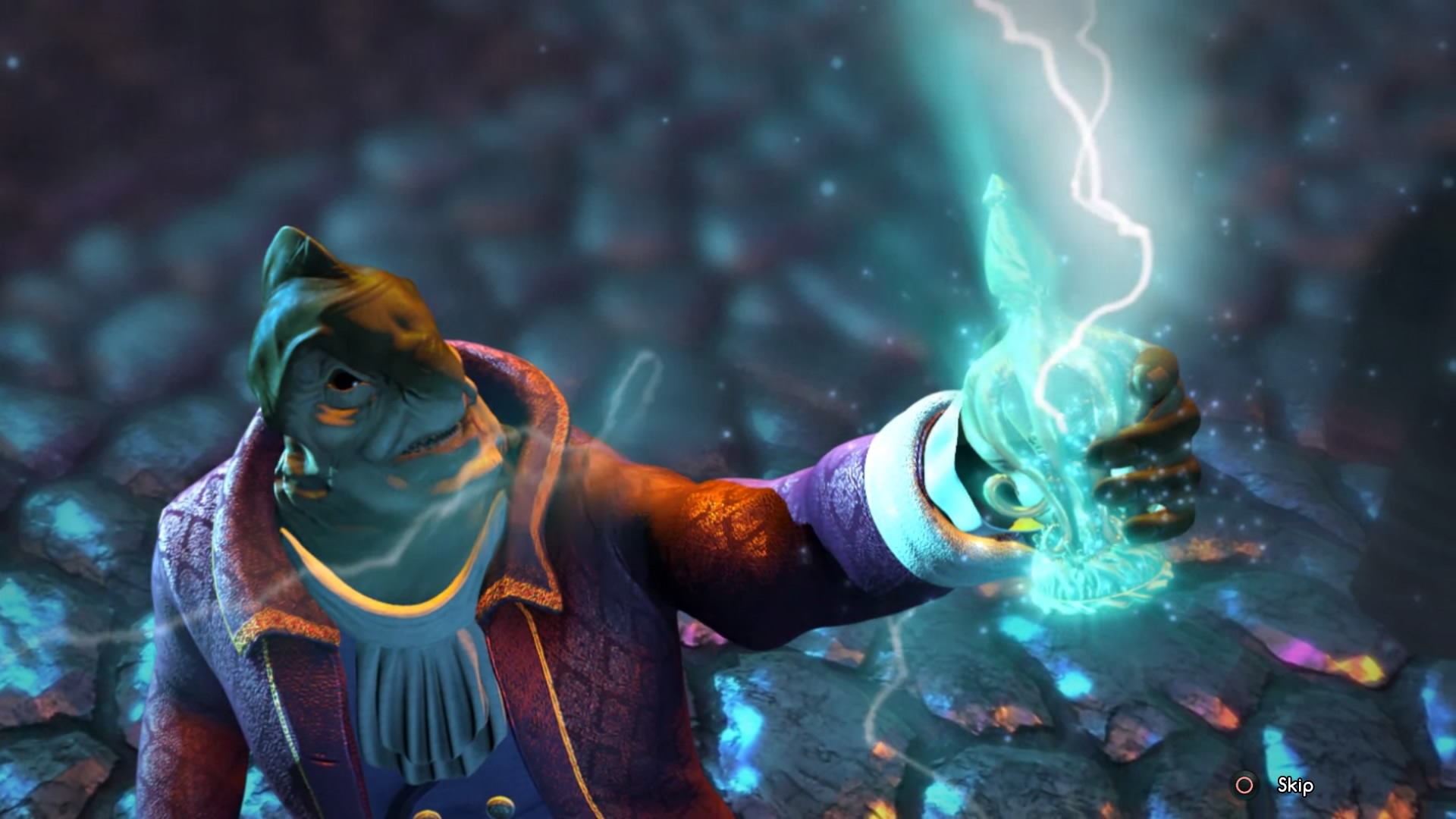 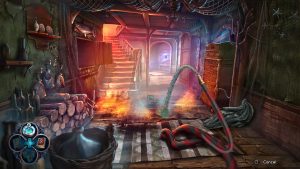 We’ve reviewed a couple of games by the developers Artifex Mundi and they all pretty much stick to the same formula, being story driven light puzzle games. Whilst these may never challenge the more traditional videogames, they quite successfully manage to tap into the more casual market.

Nightmares from the Deep 2: The Siren’s Call is a sequel to Nightmares from the Deep: The Cursed Heart and follows a similar fantastic nautical theme, even having the same lead character. The story this time is based around stopping a nefarious mayor and his deal with Davy Jones.  The story is enjoyable in the way a daytime TV movie feels, it is light, full of mild peril and has no bad language.

In playing the game you control a circular cursor on the screen and you use this to interact with the world.  The world is split into a series of connected areas, which are all represented by fairly detailed 2D screens.  Scattered across these screens will be various points of interest you’ll be able to interact with which give you a puzzle to solve to progress the story.

The puzzles in Nightmares from the Deep come in a number of forms and often involve pattern matching or simple logic tests.  There is a lot of time spent rotating things to fit, or inserting keys into locks.  Nothing is too challenging and generally speaking I knew what the solutions were at first sight, but it was a matter of having the relevant items in my inventory to allow me to actually solve them. 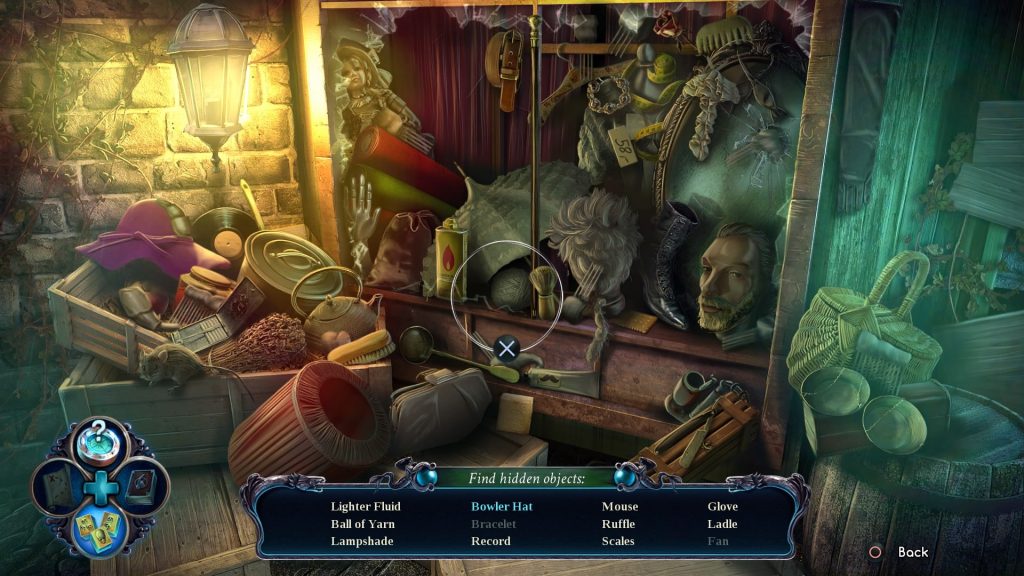 The other key aspect to the game is the hidden object scenes, interestingly this game manages to mix up the formula somewhat which adds to the enjoyment to be had here.  Normal hidden object scenarios involve you trying to find objects from a written list at the bottom of the screen, and Nightmares from the Deep has plenty of these.  A variation on this sees you working from a list of visible items at the bottom of the screen and trying to find these, it is effectively the same kind of task but the switch to looking at pictures rather than a list makes them feel different.  Oddly this game also gives you the chance to complete a mahjong puzzle instead of finding the objects.  I much preferred the hidden object style, but the mahjong functions perfectly well.

Nightmares from the Deep showcases a wide variety of puzzles and challenges and everything is pitched at a very accessible level.  This is the kind of game to play on a lazy Sunday and one which is easy to lose hours to.  It is clearly a mobile game at heart and Artifex Mundi have a huge catalogue, and experience, in this area which is obvious from the generally high level of quality on display here, it would be very easy to make a rubbish hidden object game.  I do have concerns over the suitability of this kind of game on the PlayStation 4 as it is in no way harnessing the power or functionality of the console, but it is definitely offering an experience which perhaps plays to an underrepresented part of the market and it makes a strong offering.

The fact this game plays to the casual market doesn’t exclude it from criticism and there are a couple of key concerns I have.  First and foremost is the low standard of in game cutscenes and the lackluster voice work.  Both of these feel like relics from games of yesteryear and are jarring when you play the game. Secondly many of the hidden object scenes are also reused, so you’ll be going back to the same scene time and again to search for different objects.  The repetition of these isn’t as bad this time as in previous games, but it is still noticeable. 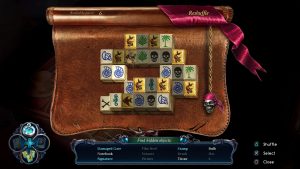 Overall then you’ve got another solid entry into this burgeoning casual puzzle scene.  Nightmares from the Deep: The Siren’s Call is good at what it does and has improved on many aspects of the earlier games by adding some much needed puzzle variety. This game is not going to appeal to everyone, but it does a great job of being a decidedly more casual style of game to appeal to a more casual audience.

Nightmares from the Deep 2: The Siren's Call
7 Overall
Pros
+ Variation in puzzles is much improved over previous games + Nice 2D art + Easy to play in a none threatening way
Cons
- The cutscenes look a bit rough - Repetition of the hidden object backgrounds does get a bit tiresome - Very low difficulty level
Summary
Nightmares from the Deep 2: The Siren's Call is a decent hidden object puzzle game and is pretty good at what it does. It has also improved on aspects of the earlier games by adding some much needed puzzle variety. This game is not going to appeal to everyone, but it does a great job of being a decidedly casual style of game to appeal to a more casual audience.