Update: Since this review was first published, a patch dropped on 14th September which does improve the shooting.  It’s more reliable but I still feel it’s a bit finicky.  I’ve been having more success from outside the paint and the timing feels better.  I still don’t feel it’s where it needs to be but it’s more enjoyable.  I’ve also noticed when playing as your created player, you’re not constantly penalised for defensive breakdowns.

Sports titles are usually a yearly crawl to eventual progress. With tight development schedules they can often feel like updates rather than fully-fledged products. That said, the NBA 2K series has always carried a certain bar of quality for me. It’s a bar that is usually met but it seems this season, Visual Concepts has stumbled backwards. 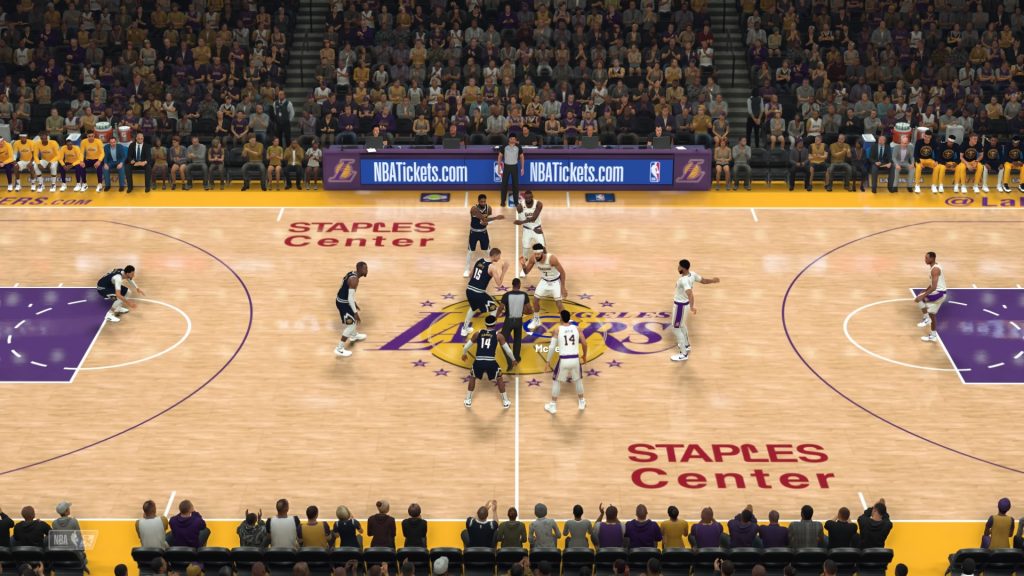 Don’t get me wrong, the action on the court remains largely unchanged and intelligent. It’s compelling to find the right gaps to drive into and work the ball to your advantage. Unfortunately, the much touted changes to shooting has backfired. The shot stick previously made shooting an exercise in timing. This year its focus has shifted to aim. On paper, this method feels like a sensible choice. As you begin your shot, you get a meter you need to line up as you aim towards the basket. The engine then factors in your aim with coverage and then determines whether the shot is good enough.

For those not adept with the right stick, the square button operates as it did last season. That method is more about timing and it’s where the discrepancies with both methods are more apparent. With the button method, the timing for a successful basket requires a very narrow window of execution. Perfect timing requires a tightness beyond my abilities. The inconsistency of the system leads me to play a lot closer to the basket and, in turn, presents more risks. 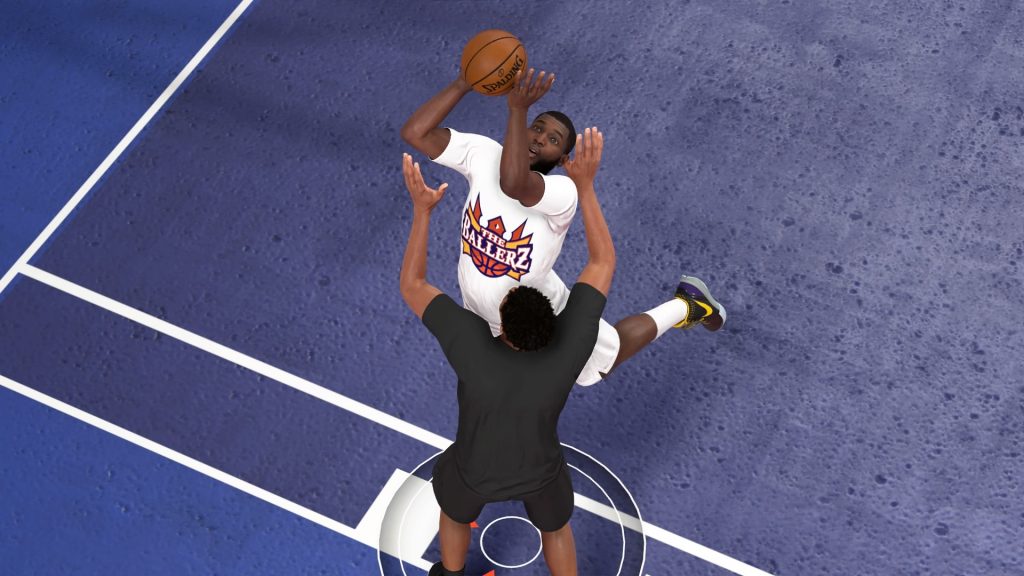 Whilst the shot stick does offer better results, it still struggles to feel reliable. The meter is not the most prominent and in the heat of competition, it can feel detrimental to your efforts as your misses rack up. It requires a learning curve and, whilst you can turn the meters off, Visual Concepts clearly intend shooting to be this way. They’ve offered tips on how to improve your accuracy but a ‘newcomer’ patch is also forthcoming.

It’s a shame because every other aspect remains solid. Defence and passing feels great which makes the failures with shooting feel stand out so much more. Playing matches, I felt I had to force more drives to give me the best chance of finishing. As enticing as a three pointer can be, I could not run the risk of a failed shot, however good the player in possession was. In MyPlayer, I found myself offering up more assists, knowing the AI was more likely to find the net than I was. I felt compromised and was playing in a way I hadn’t done in previous NBA 2K titles. I’m not good at these games but the feedback used to be much more reliable and a better tool for success.  I also find the teammate AI can sometimes lack urgency, causing plays to stifle or fast breaks to occur. 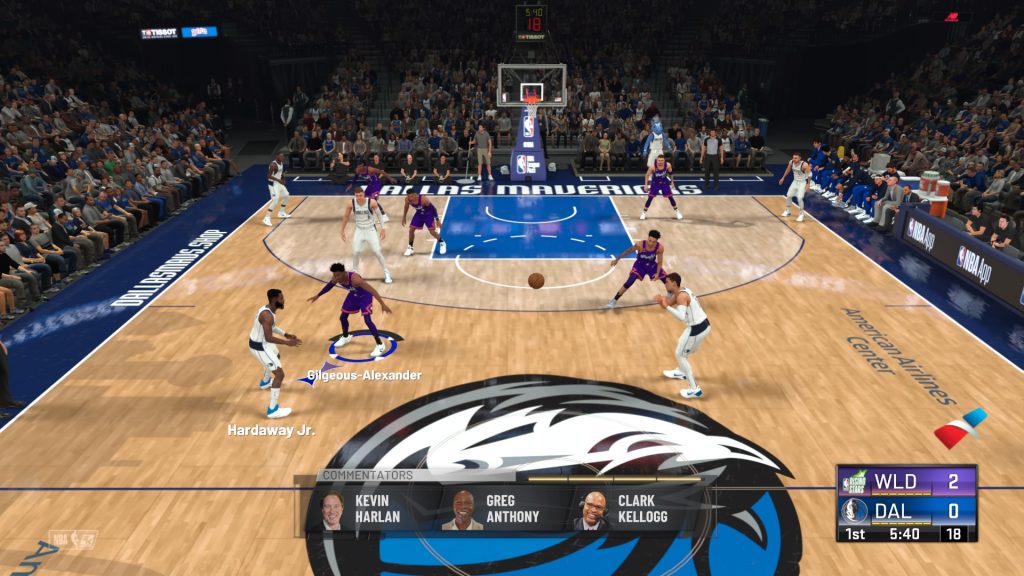 If nothing else, NBA 2K21 will give you plenty of opportunities to practice. Whilst the modes remain unchanged from last season, there’s so much content to enjoy. MyPlayer presents a fairly light story as your promising High School baller rises up the ranks to the NBA. It’s well acted but paced rather oddly. It focuses on Junior, son of a respected player who casts a long shadow over your character. There’s some flashback scenes outlining their relationship and a literal love angle comes later on. Unfortunately, it all happens so swiftly. It primes you for the Playground modes but in a very swift manner.

You can build your player’s stats and gain badges that can be used to circumvent the game’s shortcomings. Much is made of the series’ reliance on micro-transactions and in NBA 2K21, it’s on prominent display. In MyTeam mode, the challenges on offer can call for teams that you can’t put together without new packs of players. Sure enough, the game will gladly advertise what you need. You can always earn coins without spending money but Visual Concepts have never been shy about their approach.

One new thing that does impress is the Triple Threat mode. This presents you with a fantasy 3 v 3 game of hoops against some of the game’s best and brightest. Winning games grant you more rewards which can make the whole grind to a better players feel rewarding. Elsewhere, you can play regular seasons, playoffs and venture into the WNBA. 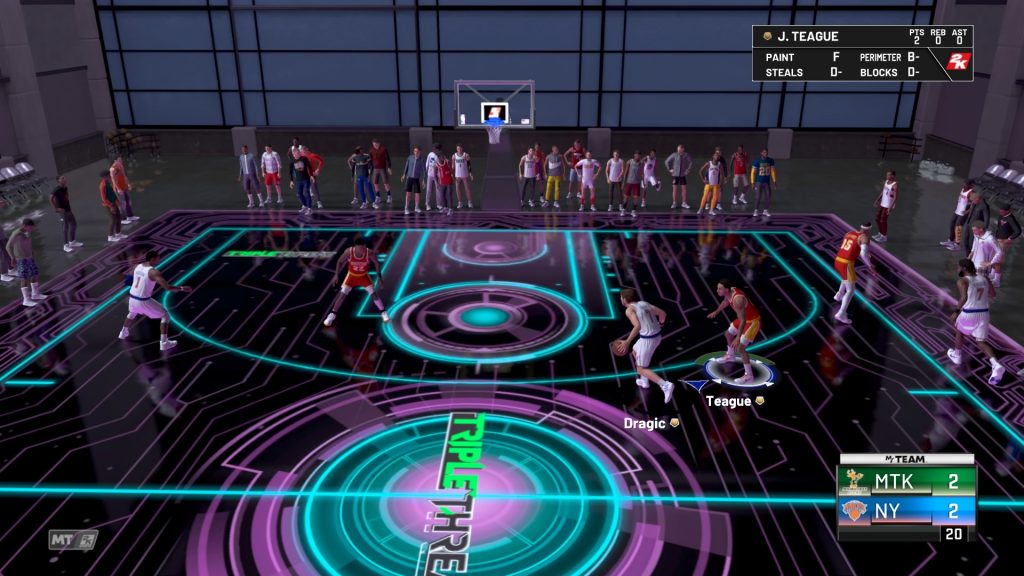 Presentation remains phenomenal. There action on the court mimics a broadcast so well. Some real world aspects bleed into it with mentions of the coronavirus impacting on the schedule and courts featuring Black Lives Matter messages. It’s a nice touch, even if there’s some reused assets from last season. The half time shows feel a little less jovial, this time around. Shaq and the crew are more businesslike and I feel these segments have lost their charm.

There’s an expected level of quality that just isn’t quite there with NBA 2K21. The new shot meter feels bungled and it impacts how I tend to play basketball. I could put the hours in and still feel like I’m being handed a compromised experience. Away from the court, the presentation remains stellar, if familiar and there is plenty for you to see and do. However, if you’re the kind of person with the fortitude to skip a year, this should be the year you do it.

NBA 2K21
6 Overall
Pros
+ Stunning presentation, as always.
+ Plenty of modes to dig into.
+ Plays well on defence and passing.
+ AI can present a real challenge.
Cons
- Shooting has a very inconsistent feel.
- The grind for currency can make MyTeam feel more of a slog.
- Teammate AI can sometimes lack urgency.
- The unreliable shooting leads me to playing a compromised game of basketball.
Summary
I know not to expect the world from a yearly sports title but NBA 2K21 feels like a backward step. As good as the passing and defence remains, the shooting has an unreliability the series just hasn't delivered before. Practice makes better but it doesn't seem to make perfect. The rest of the package remains fairly sound with great presentation and a swathe of modes to digest. Unfortunately, my time on the court felt compromised whenever I approached the net.