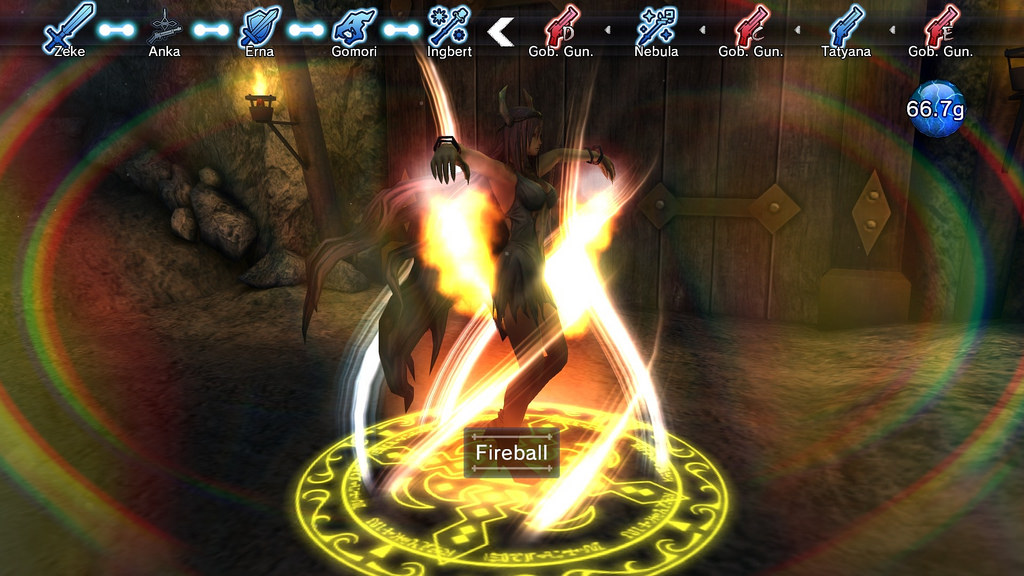 Natural Doctrine is a strategy RPG from Kadokawa Games and before release was compared to Dark Souls because of its difficulty. Sure, it’s hard but does it compare to Dark Souls’ quality?

You take control of a small army of characters (which grows as you continue to play) lead by Geoff, a soldier of the sword and shield variety. You also have snipers, healers, wizards and others at your disposal to use as you desire. All these characters are named and have their own personalities but aren’t that deep or interesting and neither is the story to be honest. If you’re going to play this it’s for the strategy. 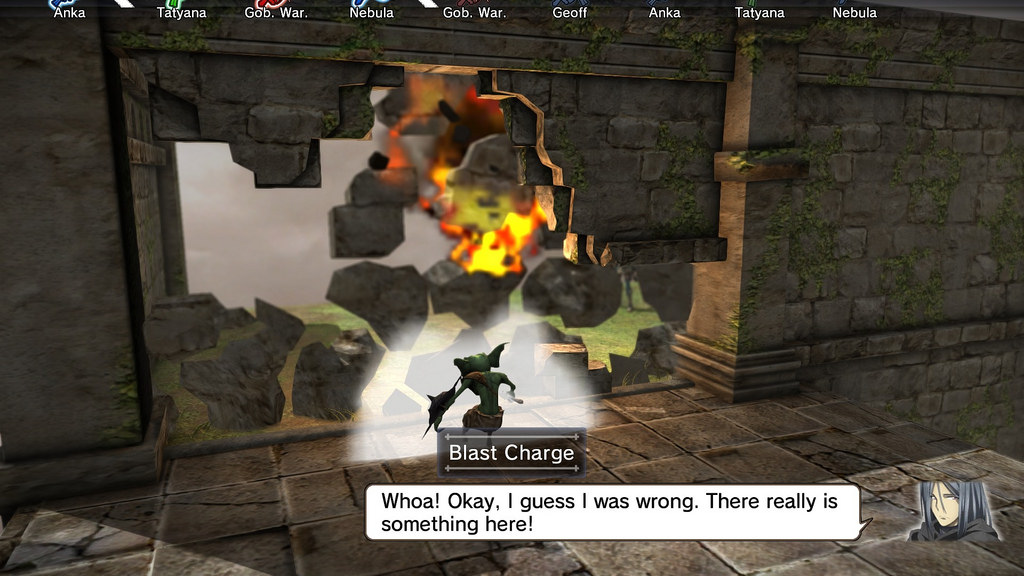 Natural Doctrine isn’t based on a grid like Final Fantasy Tactics or Shining Force, instead the battle arena is separated into larger squares that can hold up to four small units (larger units such as orcs take up more space). You can move two squares at a time, cannot enter a square that contains an enemy and can only attack an adjacent square (unless you have a gun or are using magic, in which case you can attack two squares) but there are a lot of technicalities involved when you do.

Every character has an initiative which determines when they get their turn, however if a character in an adjacent square attacks then other characters will be able to join in. If you can attack and kill an enemy whose turn it is next then hopefully your characters can continue to have turns uninterrupted. Allowing an entire squad to attack off the back of a single unit is a unique feature and the complexity doesn’t stop there. Your placement in the squares matters, the further apart you are the greater the bonus you’ll get when you attack, however line of sight matters so if you have a gunner then you want them to be able to see the enemy (and try not to shoot your own characters in the back) but you can hide from enemy gunners either behind your stronger units or behind bits of geometry. 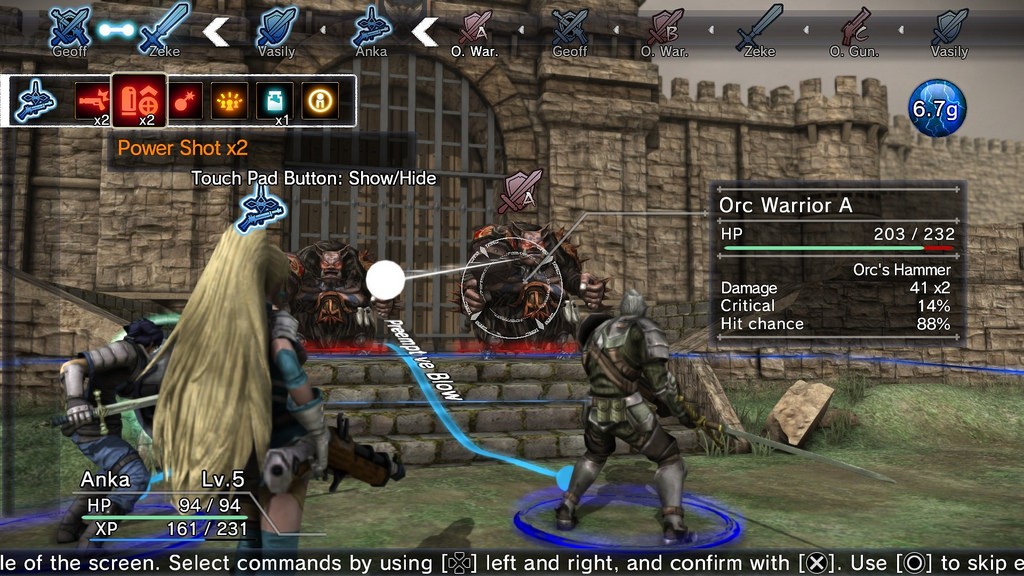 There’s probably much more to it but you’ll have to forgive me if I’ve missed anything as as you can see the systems are quite complicated so I’ve either forgotten or I simply don’t know of them. Despite the amount of time I’ve put into this title I’m pretty sure I’ve still not grasped the combat fully and get my ass kicked semi-regularly. This is mostly thanks to the lack of decent tutorials in the game. There are a couple of interactive ones early on but other than that there are simply lots of text based ‘tips’ which you can access from the menu at any time but these don’t cut it.

Dying is actually pretty terrible in this game. The gameplay moves so slowly, both moving your characters and waiting for enemies to take their turns, that you can be playing for a long time before you hit a checkpoint and one false move, one character dies (that’s all it takes) and you have to return to the beginning of the level which can be near enough half an hour. You then have to go through the motions again of getting through the easy part of the level before getting to the part you died on last time, hopefully doing something different or you’ll be seeing the ‘Game Over’ screen again.

Despite what appears to be tactical depth, Natural Doctrine punishes you unless you do things the way it wants you to. More checkpoints, a manual save system or even some sort of driving game style rewind system would have mitigated some of the tedium but as it is you are near enough forced to repeat sections over and over. It doesn’t help that part way through most levels objectives change, new enemies appear and suddenly you’re on the back foot again after making a strong start. It’s like this from the off too, the learning curve in this game is severe. 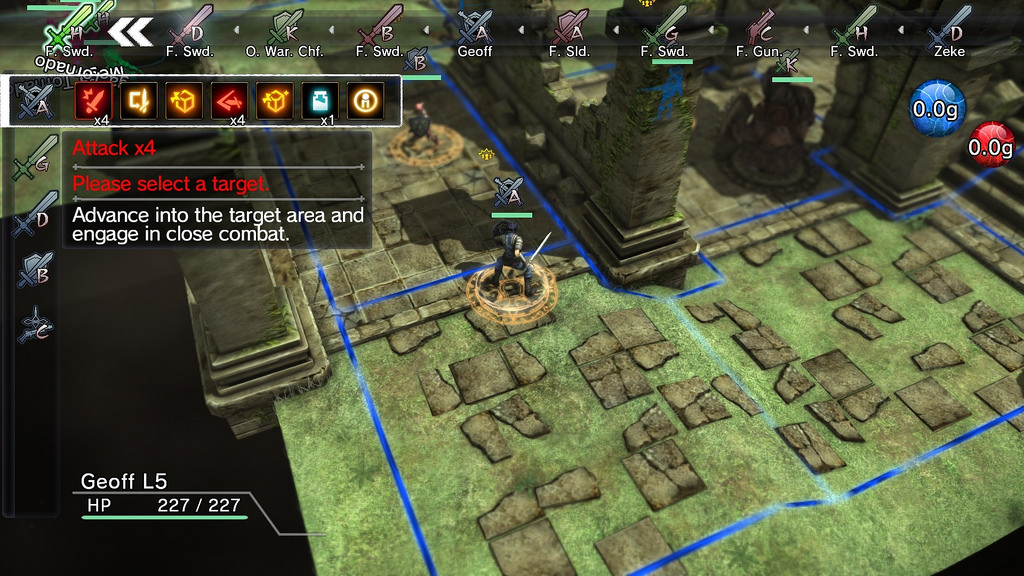 There are competitive and cooperative multiplayer modes as well, which have the same tactical gameplay but your units are determined by your deck, like a collectible card game. You have a certain amount of points to allocate to your team (more powerful units cost more) and you can buy new card packs with points you earn from playing. Think FIFA Ultimate Team but without any real money transactions. If you happen to learn to enjoy the nuances of the combat then this is a great way to extend the life of Natural Doctrine , it might even become your go to mode if you can reliably get games.

However, many people will simply find the gameplay too slow and unforgiving to really give it a chance. There is a very good game in here and with a bit of work on the accessibility through tutorials and smoother, faster gameplay this could have had a strong following. As it is however, I can see there being a following but it is going to be strictly cult.

Natural Doctrine
5 Overall
Pros
+ Hardcore strategy is rewarding when you succeed
+ Multiplayer mode adds more content
+ Unique gameplay
Cons
- Incredibly slow gameplay
- Strategies seem limiting
- What tutorials there are aren't good enough
- Too few checkpoints means too much repetition
- Weak music and graphics
Summary
There is a very good game in here and with a bit of work on the accessibility through tutorials and smoother, faster gameplay this could have had a strong following. As it is however, I can see there being a following but it is going to be strictly cult.