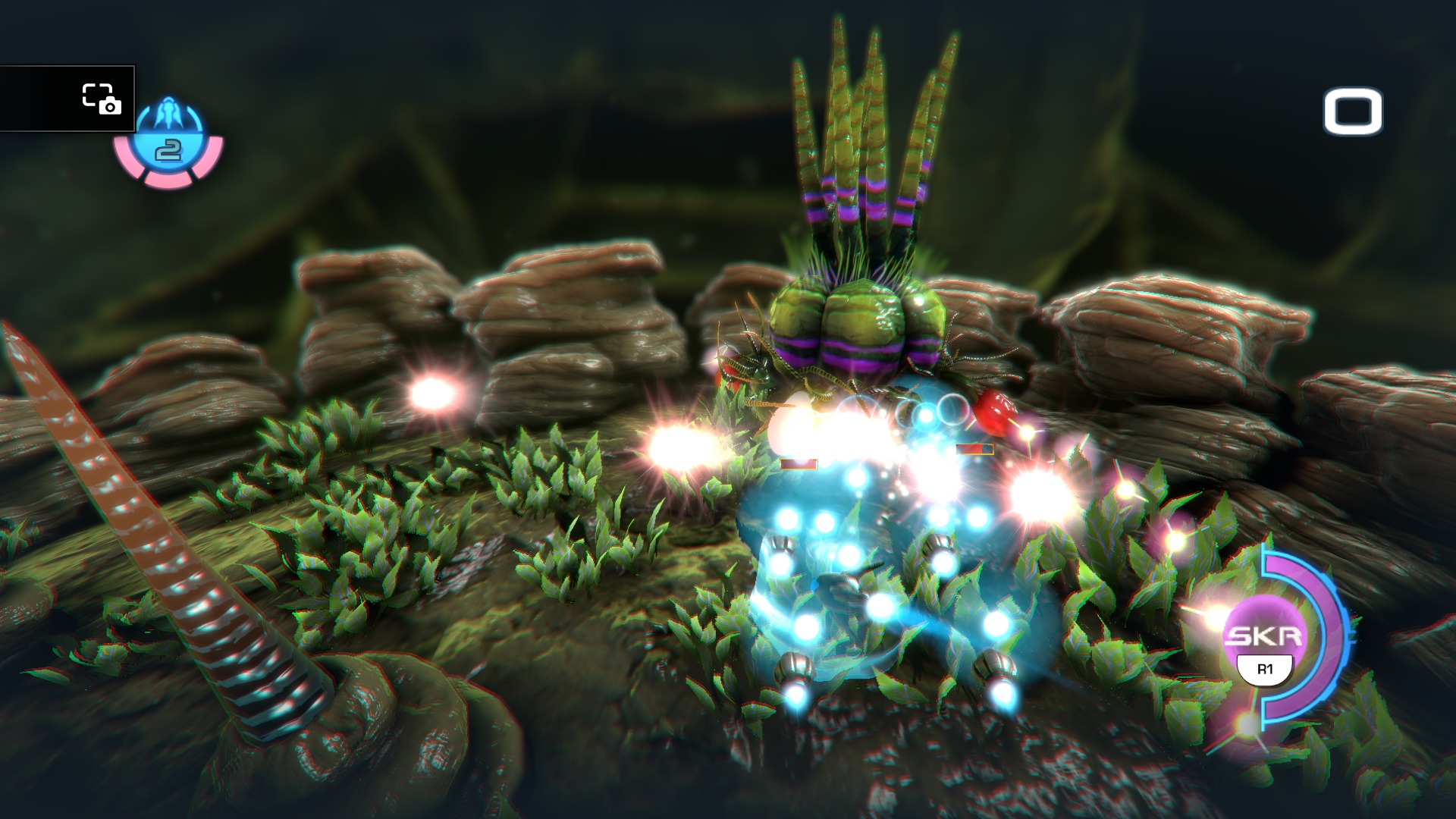 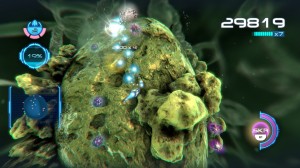 Twin-stick shooters can seem a tad ten-a-penny fitting, as they do, so snuggly into the downloadable indie game format.  Ever since Geometry Wars, the genre has been packed with pretenders.  The good news is that I rather like the genre, when it is done well at least, and so I rather leapt on Nano Assault Neo-X as soon as I saw the first screenshots.  And what screenshots they are.  Liquid, lava-like, organic craziness with plenty of enemies to shoot at and lots of firepower to do it with.  That’s how the genre should be done and first impressions were looking good.

The game itself is a little different from the usual space setting that these things tend to operate in.  Instead we’re in inner-space and you’re a tiny ship inside a body as you take out a virus-type enemy that is threatening humanity.  Okay, so the plot doesn’t stand up to scrutiny and to be honest I didn’t even know what the plot was until I started typing this paragraph and started Google-ing it.  We don’t need to know why we’re shooting at things.  We just need to know where to aim. 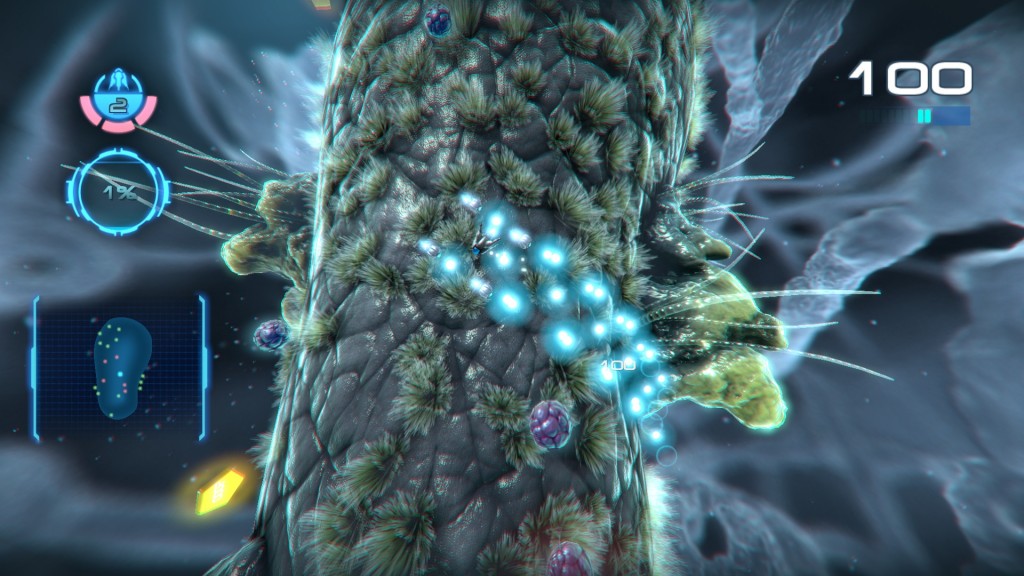 The setting does make for an interesting gameplay quirk.  Instead of playing on a flat area, or around a perfect sphere like you do in Super Stardust, your play areas are large, inconsistent bio-masses.  This makes for interesting, irregular shapes to get around, adding an extra element to the gameplay.  It works really well although the visuals can get a little confusing if you lose concentration.

The shooting action is nice and satisfying which is all you can ask really.  You are encouraged to explore as each level has several tokens laying around and these can be used to purchase upgrades for the next stage.  These include additional weapons, shields and increased firepower.  Of course there is risk involved when you go exploring so you need to balance it. 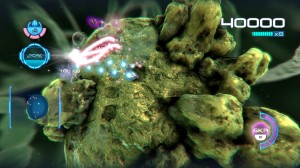 The campaign is broken down into four areas, each with with four stages within.  The fourth stage in each area is a boss battle but these aren’t too taxing.  Aside from the campaign, you can replay stages within Arcade mode and there is a split-screen two-player co-op mode in there as well.

Nano Assault Neo-X looks nice.  It has a futuristic look with bright colours, sharp textures and bold lighting.  It’s all very arcadey and that’s what you want.  Twin stick shooters that use muted colours tend to bore me.  That said, the visuals can get a little confusing and cluttered as I said before and this can be an issue.

There’s not much to Nano Assault.  It’s a short but relatively sweet arcade title.  It doesn’t come close to overstaying its welcome but we would hope for a little bit more than just sixteen short stages.  When compared to the variety on offer from Geometry Wars 2, this package does feel a little measly.

Overall though, this is a nice addition to the genre and it feels right at home in the PS4’s indie bracket.  It’s not quite up there with the likes of Geometry Wars 2 or Super Stardust Delta but it is far better than recent efforts like Fluster Cluck and In Space We Brawl and is well worth picking up when you get the chance.

Nano Assault Neo-X
6 Overall
Pros
+ Satisfying twin-stick shooting + Interesting level layouts + Good power-up mechanics + Looks nice and swish
Cons
- Visuals can get a little confusing - Lacks variety - Not many stages - Offline co-op only
Summary
Microscopic twin-stick shooting is never a bad thing. The action is decent but the visuals are a little messy and the overall structure means there isn't a lot of longevity here.