My Big Sister is the latest Ratalaika joint, so beloved of trophy whores everywhere for their generally easy to rinse platinums. This from solo Australian developer Stranga can still be rushed through, but to do so would be to do it a disservice.

My Big Sister is an RPG of sorts set in a 16-bit era world that brings to mind classic SNES games such as Final Fantasy V in terms of both world and character design. Though the fact it was authored in a free engine called Adventure Game Maker might have had something to do with this. No bad thing anyway. 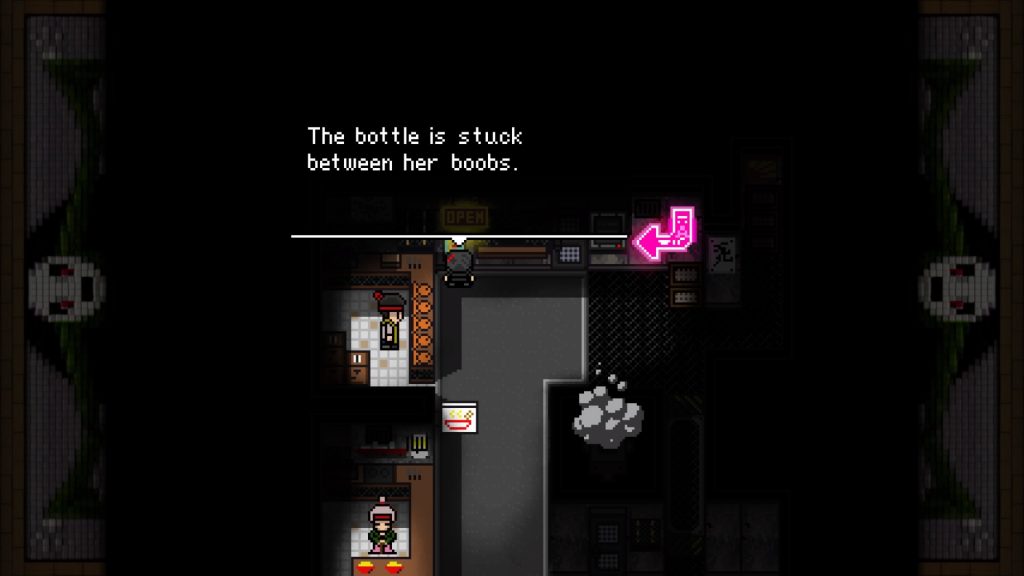 The music in the opening scenes brought to mind Minecraft in terms of its plinky-plonky piano repetition, we’re happy to report that the music becomes much more varied as you progress through the story.

The titular big sister is named Sombria, as opposed to the little sister and main protagonist Luzia. As one NPC remarks dark and light respectively. Luzia is every part the irritating younger sibling to the oldier Sombria, calling her by the pet name Sombie at every opportunity, much to her chagrin. 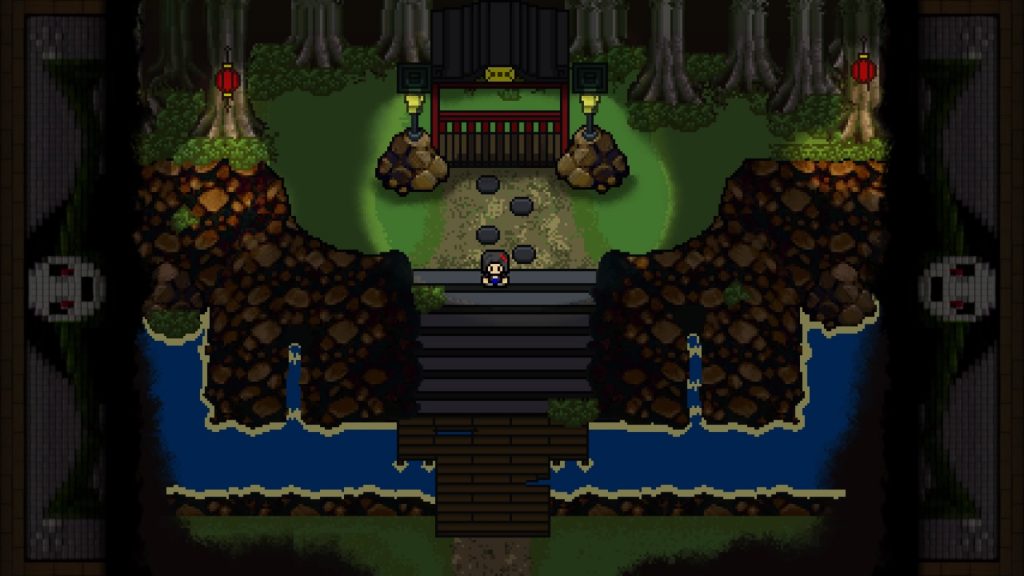 The storyline opens with a disclaimer regarding scenes of graphic and disturbing nature, we’d recommend you take heed of such especially if you have younger kids about. We had to deflect one awkward observation about a particularly bloody bathroom scene by saying it was red paint. Needless to say, we left the rest of the game until they’d gone to bed for the night.

Regards the storyline, this being a Ratalaika release, you can readily skip through most dialogue by tapping Options. Though as we said at the outset, to do so would be to sell My Big Sister short as the story is worth seeing through and enjoying. It’s still short enough that you’ll be done in a few hours even without skipping. 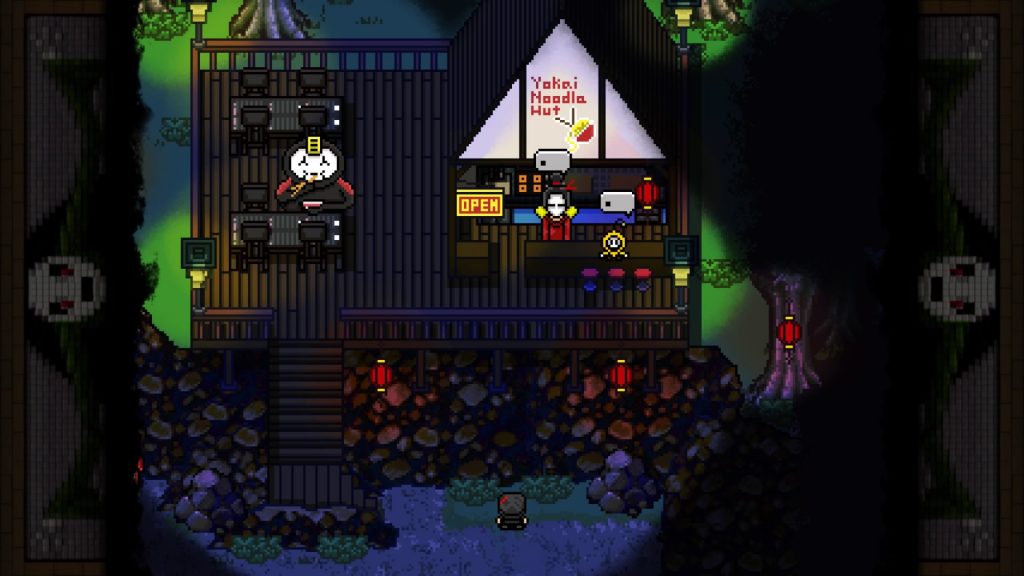 We won’t elaborate too much in terms of the plot as minor details could well spoil it, but the story itself is well written on the whole with effective beats across ten distinct chapters. Chapter eleven is short and to the point as it wraps up the story. Characters crop up repeatedly throughout the various slices of reality you encounter, it’s a good mechanic.

If you skip through you could be done with this game in probably an hour and a half, but our playthrough was roughly four hours all-in to get one of six distinct endings. Our first being the bad ending, though to be honest some of the other outcomes weren’t exactly breezy either. We have to confess that we resorted to a web search to get the couple that eluded us. 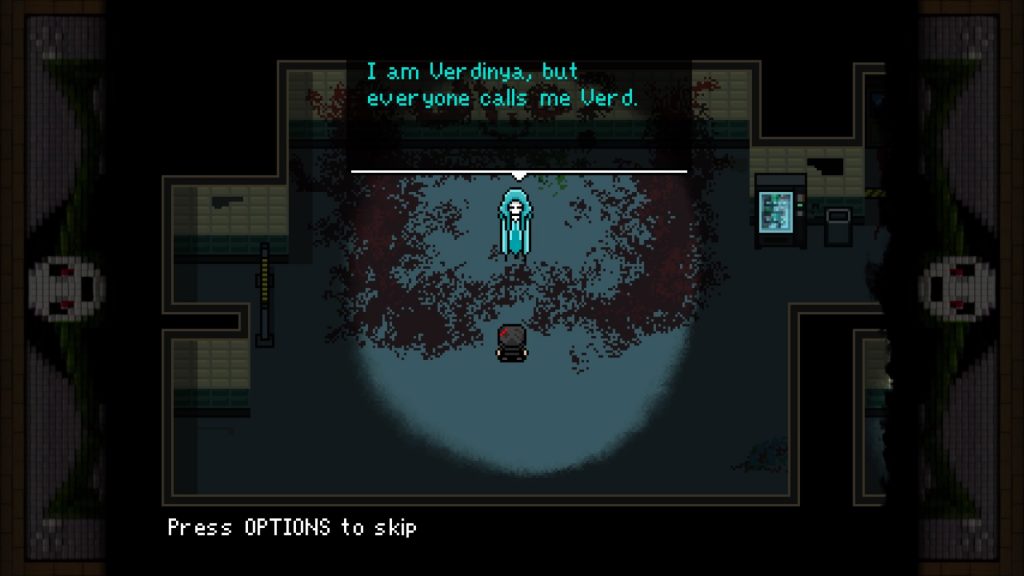 My Big Sister‘s slight nature is reflected in the price, which given the duration and effective one-shot nature is fair enough, given you also get a platinum into the bargain. Other publishers could take heed of this, one notable example we previously reviewed being three times the price of this for roughly the same duration and not even a platinum.

The trophies themselves are connected to the narrative as it unfolds, you’ll likely have got most of them during your playthrough. We missed a handful but a chapter select meant we could return to mop up without much chore. This being Ratalaika none are too challenging, though unlike others from the same publisher, neither are they unlocked before the game has hardly begun. It makes a nice change to see all the game has to offer. 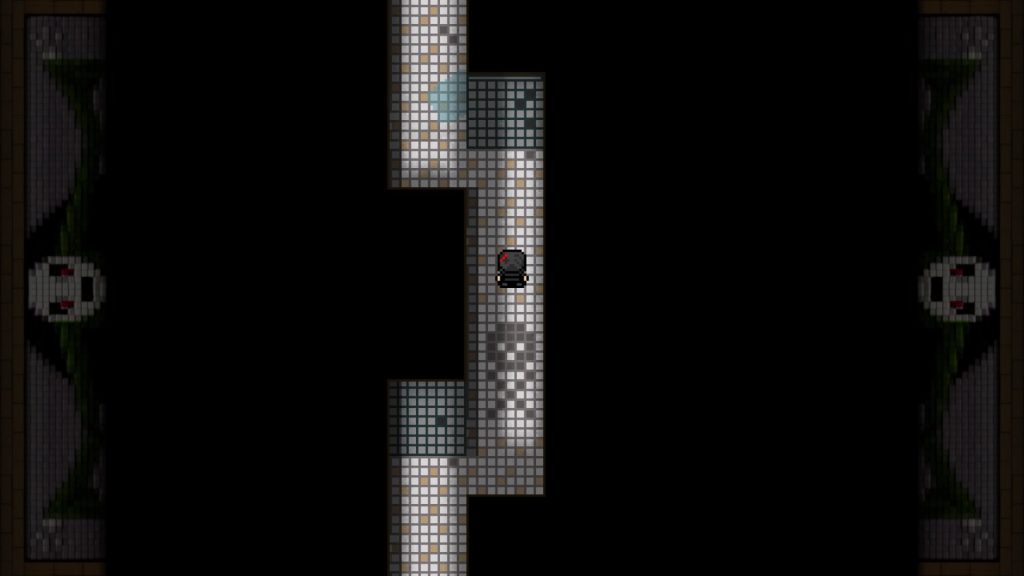 If there’s any negatives, we did find ourselves fumbling around a few times. Often there’s literally only one outcome from scenarios, but save points being well placed meant we rarely replayed areas despite reaching an immediate fail state and game over screen.

In conclusion, My Big Sister is a well done indie effort produced w with a good story. You’ll do well to see out the storyline rather than seeing it as a straight rinse for the trophies alone.

My Big Sister
7 Overall
Pros
+ Good storyline, if not entirely unpredictable
+ Cute 16-bit graphical style
+ Short and sweet with a price that reflects this
+ Trophies are well balanced, unlocking as you see out the storyline
Cons
- Arbitrary nature of some areas sometimes mean a game over screen
- Trying to get all six endings legitimately is a big ask.
- The fact you can skip entire chunks of dialogue means some players might miss out

Summary
A well done story-driven indie game in the classic JRPG style. Worth seeing out rather than skipping through.