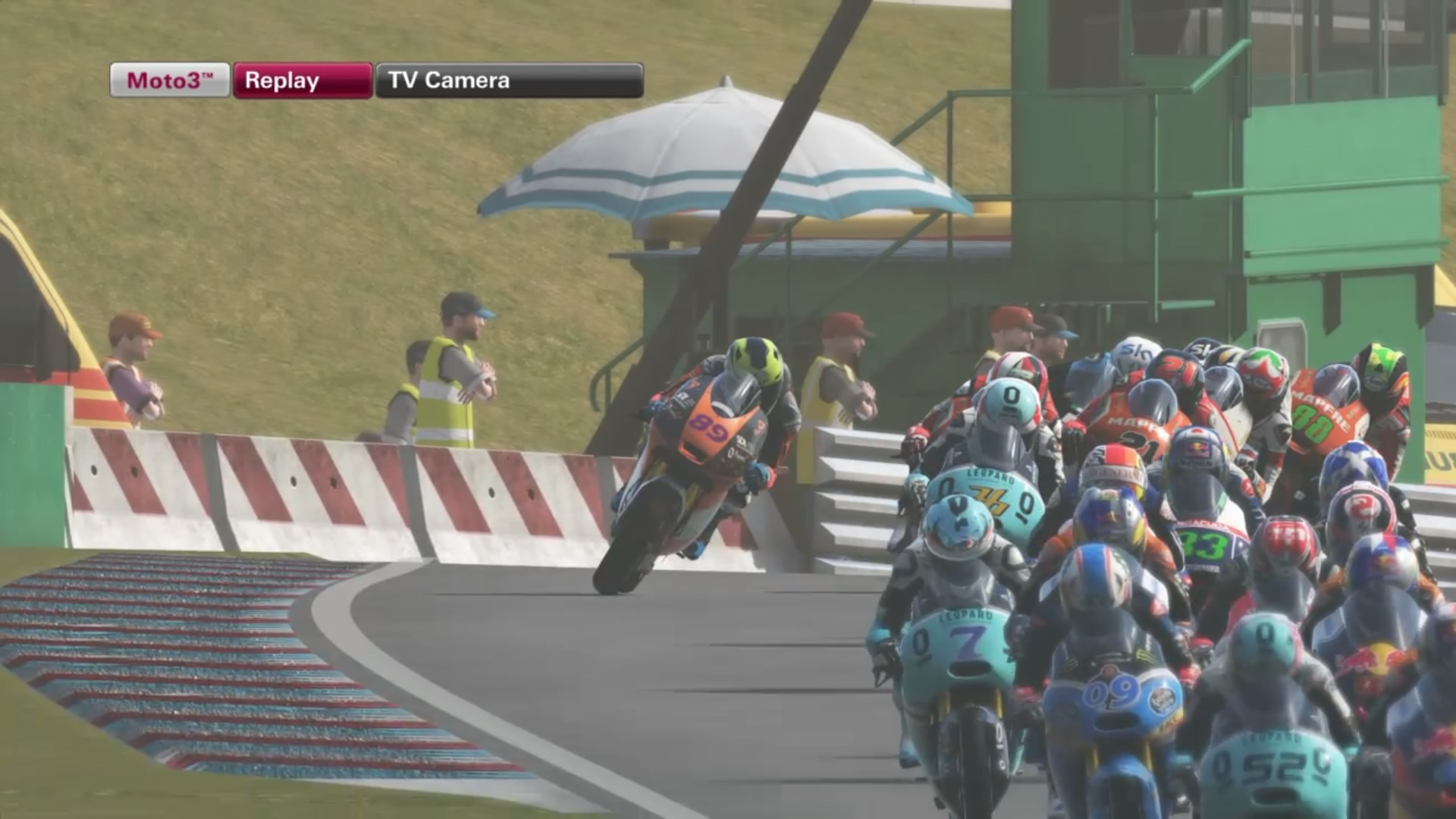 This marks the first time in about 15 years where my Sundays don’t involve watching live motorcycle racing. Far from being a lapsed fan, the live coverage has moved to satellite TV and the highlights show at inconvenient times. So, imagine my surprise when I discover Valentino Rossi is having a genuine charge for his 10th title. There is a void in my life and Milestone’s yearly MotoGP franchise is aiming to plug it.

This is the series second year on Sony’s premier platform but the tech on display is nothing radical. Its the same engine that powered RIDE and the last year’s Mot

oGP effort returns with some subtle refinements. Consider this an upgrade, rather than an overhaul. As with RIDE, great attention has been paid to the riders and bikes themselves. They all carry a polished look with engines sounding individual depending on your class or manufacturer. Being amongst the pack can feel like you’re in an angry wasp nest which certainly gives close racing a sense of atmosphere that otherwise would seem rather muted.

All 18 courses of the 2015 season are recreated accurately but lack the fidelity which is afforded to the vehicles. In one very specific instance, a couple of textures failed to load on the Argentina track.  Another odd instance saw Jorge Lorenzo and his bike (bar his tail-light)  ghost out of existence before mysteriously materialising again.  There’s nothing terminal but all these serve to remind you that Milestone still maybe work well within their wheelhouse and budget.   To their credit, wet races have a rather bleak aesthetic to them which gives me the kind of dread I want to feel when taking to wet tarmac. Rain drips down the camera lens and splashes off your rider’s leathers quite nicely. Its a real shame such craft doesn’t go into creating environments that live up to that benchmark.

On your bike, there’s a welcome sense of danger which I felt RIDE was lacking. You can no longer just fling yourself into a corner at full tilt or power out of one without getting some sort of feedback to imply you’re pushing your luck. Pulling your bike back from potential catastrophe is a rewarding feeling and a competitive, strangely civilised AI adds to the game’s challenge.

And that challenge arrives courtesy of the game’s fairly routine game modes. As usual, time attack, quick races and Championships are covered and the excellent career mode continues to shine with one major new addition. This year marks the first opportunity for the player to create their own team and develop their own machinery. Whilst its something other series’ have explored, it adds another layer of progression to the already compelling climb through the ranks. You meet race objectives, complete laps and test sessions to gain data cubes which can be used to boost your bike’s capabilities. Its rudimentary but extremely enjoyable to be working effectively on two fronts as you improve your team and your own personal performance and it’s where the most joy can be had here.

Real Events returns which chronicles scenarios from the 2014 season and 2-Stroke events showcase the sport’s illustrious history, albeit in a fictional sense. There’s a great utilisation of the license throughout the main modes with events being preluded with the customary travelogue intro and Gavin Emmett book-ending each race with commentary. All riders, both current and past come equipped with their authentic leathers and bikes. Its a game for the converted and I signed up for church a long time ago. 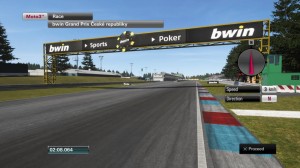 point I’d talk about the online options but at the time of writing I’ve managed to get precisely no sessions going. The game keeps track of lap times for leaderboard purposes but there is apparently nobody playing this competitively. Hopefully the issue is technical and not due to popularity. There’s nothing inspiring about the modes on offer aside from the sector battles which task you with setting the best sector times with the winner being determined by the player with the most sectors. Neat, if anyone was playing.

MotoGP 15 remains a fairly enjoyable racer with some rough edges and some specific technical issues which hold it back from being something greater. Fans will be satiated with the usual passion Milestone bring to their products but I’m not entirely sure newcomers will find it as appealing and, as with almost every yearly sports title, its an iterative attempt that doesn’t make the great leap devotees are hoping for.

MotoGP 15
7 Overall
Pros
+ Enjoyable, competitive racing + Excellent use of the license + Engrossing career mode
Cons
- Knackered online. - Peculiar technical hitches at launch. - Features a lot of reused content from last year's effort.
Summary
Yearly sports games always run the risk of familiarity but the staleness is held at bay somewhat by the brilliant career mode and excellent racing. The licence gets used effectively again although there's some worrying technical hitches and the usual online bother that holds this game back from the next level.