We’ve reviewed Netherrealm’s spectacularly gory fighting game, Mortal Kombat 11, previously, along with its Aftermath DLC but both have made it across to the PS5 as part of this, Mortal Kombat 11 Ultimate.  What you get for your money is the original game, the DLC and the two Kombat packs which add a range of new characters.  All combined that gives an impressive roster of 37 characters but before we get into all of that, let’s recap what this game is about.

You can read our thoughts on the PS4 version here and that’ll give a very good account of this game because not much has changed in the game’s move over to the ninth generation.  The main things to be aware of though are that, yes, this is the 11th main game in the series (there have been spin-offs as well though) and it continues the story that itself was rebooted back with Mortal Kombat (the confusingly named 2009 game that was actually the ninth in the series).

The story now is that Raiden has gone a bit power crazy and that gets noticed by Kronika, the time-manipulating mother of Shinnock who himself was like the fifth or sixth major bad guy of the series.  She’s decided that Raiden needs to be struck from the annuls of history altogether and she sets about a plan to rewrite all of the history of the realms but in a sort of mad, Thanos kind of way.  Suffice to say that the likes of Sonya Blade, Johnny Cage and a bunch of kids need to figure out a way to stop her but, of course, in this timeline of Mortal Kombat, previous heroes Liu Kang and Kung Lao are evil zombie men now. 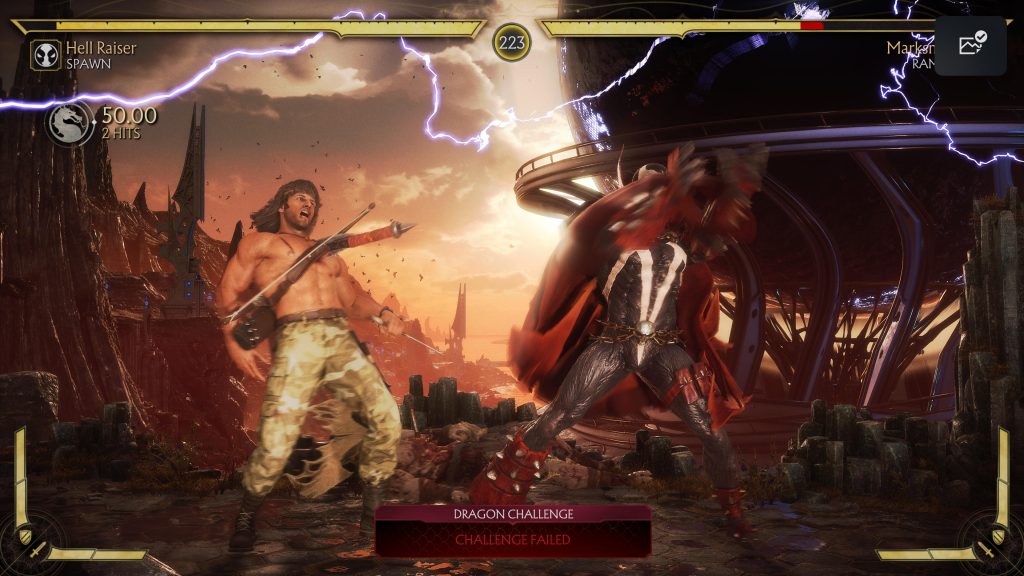 It’s all a bit confusing but thankfully Netherrealm have, as per usual, included a meaty story mode here which works through the story from the perspective of several fighters.  It’s a time-hopping epic of a story but it’s great stuff with some great visuals, decent acting and lots of opportunity to step into the action.  The DLC that was added later, Aftermath, continues the story but this time focusing on the original big bad, Shang Tsung, voiced by the great Cary Hiroyuki Tagawa who just seems to be having the time of his life stepping back into the role he had in the 1995 Mortal Kombat movie adaptation.

All told, there’s a good chunk of story here, several hours, and that really gives Mortal Kombat 11 a lot of value to both hardcore fight obsessives and people who just want to button mash and be entertained.  However, beyond that you’ve got the main game itself which offers an almost-endless amount of content.  You’ve got the Towers which act as the equivalent of the old arcade mode.  Here you pick a character and play through a series of fights before getting their ending sequence.  With 37 characters to play through, there is a hell of a lot to see here. 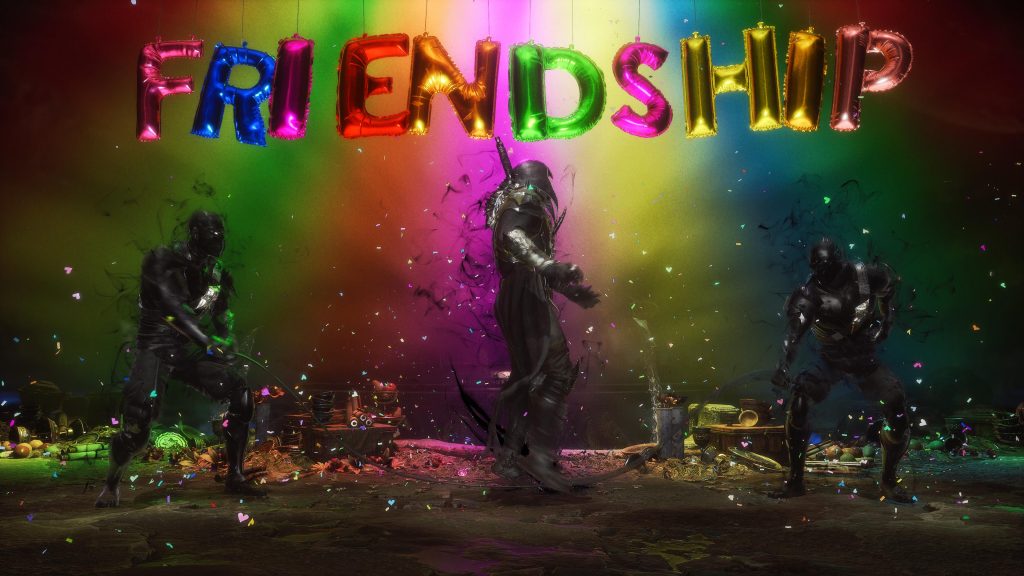 Then you’ve got the Towers of Time mode.  These are limited time towers that appear and disappear and have a focus on modifiers that change up some of the basic rules of combat.  These will presumably be supported for years, giving you plenty of reasons to come back and play.

You’ve got a fully-featured online mode where you can take you skills online and get decimated by players who know all the cheapest characters and moves but if you can tolerate playing against pricks, you’ll be well catered for in terms of competition here. 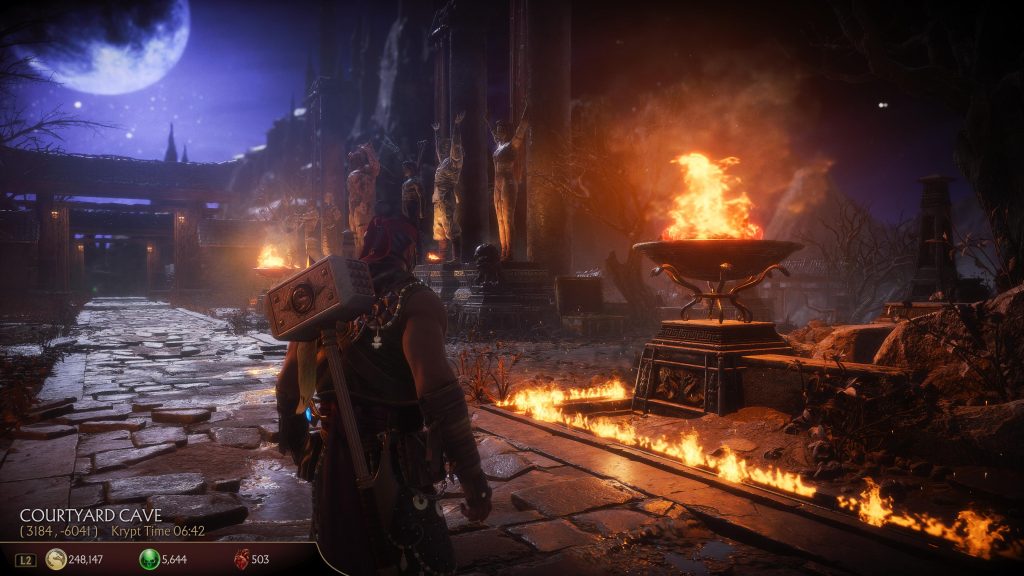 So far, so good.  But Mortal Kombat 11 wasn’t perfect.  Most of what it does, is perfectly well done.  We couldn’t fault the story, the fighting (which is as refined and sophisticated as you’ll see anywhere) or the visuals (which are absolutely drop dead gorgeous).  The problem is what is added.  The Krypt returns, offering players the chance to run around opening chests using one of the game’s many currency systems.  Koins, souls, hearts.  They’re all used to open up chests which give you a bunch of tat.  In order to make the mode less like being stuck in the world’s worst catalogue they’ve added something of an  overall quest to it.

What’s good about it is that it’s set on Shang Tsung’s island, the venue of the first Mortal Kombat game and that has value for fanboys such as me.  But the clumsy mechanics and obscure puzzles are no fun after a while, and believe me it goes on for much longer than a while.  The whole point of it is to earn stuff.  Consumables, materials and whatever else.  Much of this stuff is used to customise your fighters but the system is so grindy and complicated, we bailed on it quickly.  We attempted to change up a few characters by giving them a new look and move set but it’s so unbelievably poorly handled that we just gave up.  It’s absolutely joyless and exists primarily to drive the game’s main source of microtransactions. 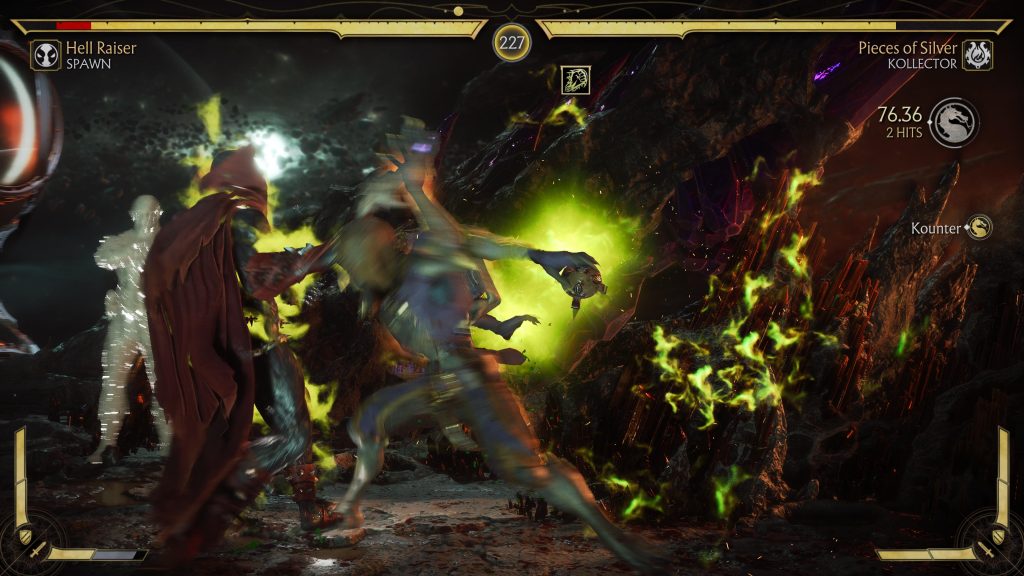 We gave the game a very solid eight when we reviewed it and that still stands.  We loved it but it did things that made it a grind and while we appreciated the story and fatalities (because we’re still acting like it is the ’90s), we have to admit that Mortal Kombat X was just more fun.  That said, the Aftermath story does certainly help and so as a compilation, we do still find this easy to recommend.

Part of that is down to having all the characters.  Much like Mortal Kombat XL did for the previous game, Mortal Kombat 11 Ultimate brings it all together.  You get all the Kombat Pack 1 characters (Shang Tsung, Nightwolf, Terminator T-800, Sindel, Joker and Spawn), the Aftermath characters (Sheeva, Fujin and Robocop) and the new Kombat Pack 2 characters that have just come out.  These include Rain and Mileena, both of whom are seasoned veterans in the series and, more surprisingly, John Rambo who is actually a really good character with some very slick combos and decent specials. 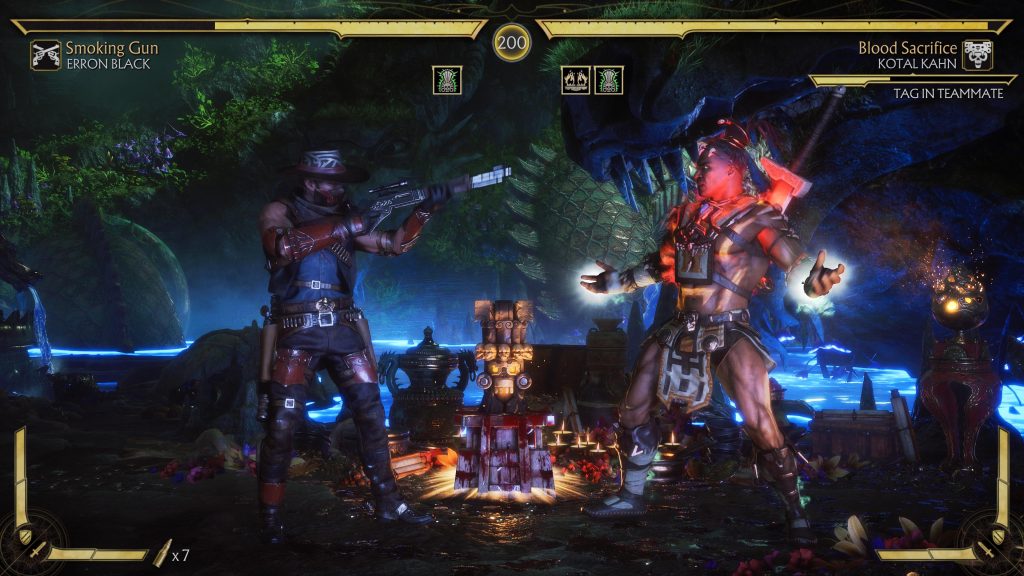 Each character has two fatalities as well as brutality moves and some, but not all, have friendship moves.  So if you’re like us and like playing with each character to see the over the top ridiculous finishers, this will keep you going for weeks.  As such, this package offers a ton of content.  It’s still at a last-gen full price cost (around £40) but for this much fighting action, that’s not bad.  Although we were disappointed to see that new content is still being released such as skins that aren’t included.  Ultimate should mean ultimate but that’s a minor niggle.

As for the crossover to PS5, the improvements are negligible apart from some good reductions in loading times.  The game runs at a silky smooth constant 60 frames per second but to be honest we never noticed any slowdown or stuttering on the PS4 Pro, so that’s all a bit moot.  Improvements to the graphics are so minor that we had to watch YouTube comparisons and even then we weren’t convinced.  The game looks stunning but it always did.  We’d love to say that we were noticing raytracing and whatever else, but the truth is we didn’t. 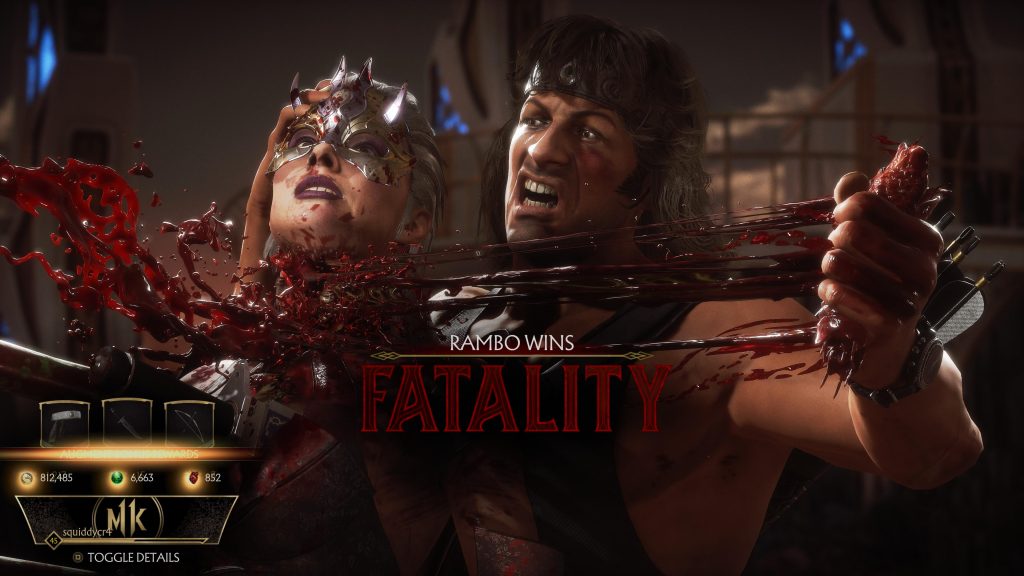 The only thing that we did notice is that when you take damage your controller vibrates locally on the side where you were hit.  It’s literally just the left or right and actually it is so subtle that you may not have noticed but it’s there.  We’d have liked to have seen a lot more support for the DualSense’s clever features but we’ll say that about every game that isn’t Astro’s Playroom.

Overall though we’re happy.  There’s a lot of content for us to work through, a whole new set of trophies (although thankfully the game remembered our Krypt progress) and it still is one of the best looking games to hit a console ever.  We’re not sure it’s exactly a showcase for the PS5 but its an acceptable version of one of the best fighting games of the previous version.  We just hope that any sequel gets rid of the unnecessarily complex customisation and makes the Krypt better because that might be the recipe for perfection.

Mortal Kombat 11 Ultimate
8 Overall
Pros
+ Sophisticated and refined combat
+ Two great stories
+ 37 varied characters
+ All the violence that MK fans want
+ Stunning visuals
Cons
- Needlessly horrible customisation
- Boring Krypt mode
- PS5 improvements are negligible
- Takes up a BIG chunk of your hard drive
Summary
A gory, glorious celebration of violence with more content than you'll find in any other fighting game. This is the complete package when it comes to Mortal Kombat 11 but, loading times aside, you'll be hard-pressed to see what this version has over its PS4 counterpart.