Here at PlayStation Country we’re big fans of Mortal Kombat.  Now admittedly back in the day this was more for the great characters and over the top violence than the actual game mechanics but in recent years, the series has been on fire somewhat.  We adored Mortal Kombat X (especially in its fully fleshed out XL release) but last year’s Mortal Kombat 11 gave us some mixed feelings.

On the plus side, it offered the best story we’ve ever seen in a fighting game and the presentation was just stunning but, for reasons that we can’t fathom, the game was weighed down by elements that didn’t need to be there (such as items that modified the combat and a nearly impenetrable clothing/accessories system) and a tedious Krypt mode. 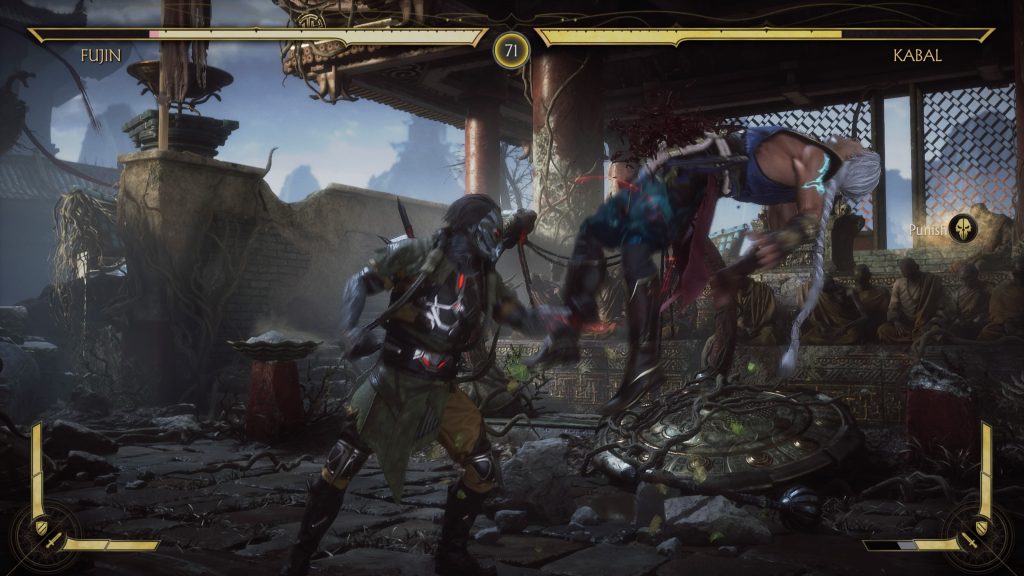 Luckily, the fighting was great and that’s what mattered but the game did lack a sense of ‘fun’ for some reason.  This was reflected in the game’s many fatalities.  Yep, they were super gory and really well presented but there wasn’t much humour in them, something that the series has usually been able to accommodate.

But now we have Aftermath, a full expansion pack and a massive update to the game.  This update adds quite a bit, some of it free to all and some that is only available to those that pay the eye-watering cost (£34.99 and that doesn’t include the game which is of course required, or £39.99 to get the DLC and the Kombat Pack or £49.99 to get the game and both expansions). 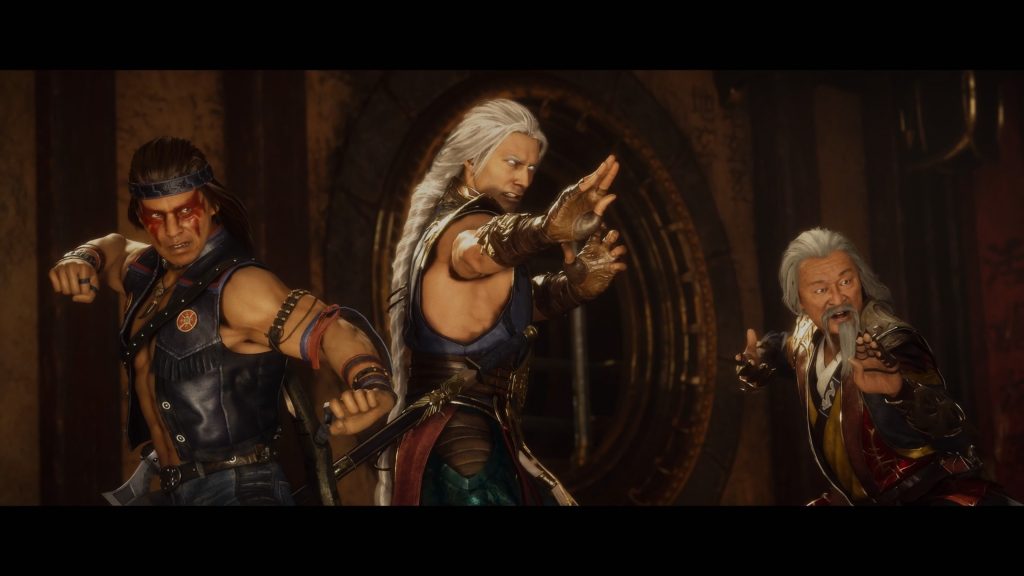 The free stuff is great.  You get new stages, including the excellent Retrocade stage that projects old backdrops from the original Mortal Kombat games onto the wall behind the fighters, as well as new finishing moves including some stage fatalities, brutalities and friendships.  The friendship moves inject some welcome humour into the game as fighters demonstrate party tricks at the end of fights rather than, you know, murdering each other.

Your hard earned money gets you some good stuff but it can be jarring given the cost.  The main addition is a three hour story mode.  This is accessed in the same way as MK11‘s main story and appears as a separate option on the same screen.  It continues right from where the previous campaign left off and focuses on Shang Tsung as he unites with new character Fujin and Nightwolf (who was added in the Kombat Pack DLC). 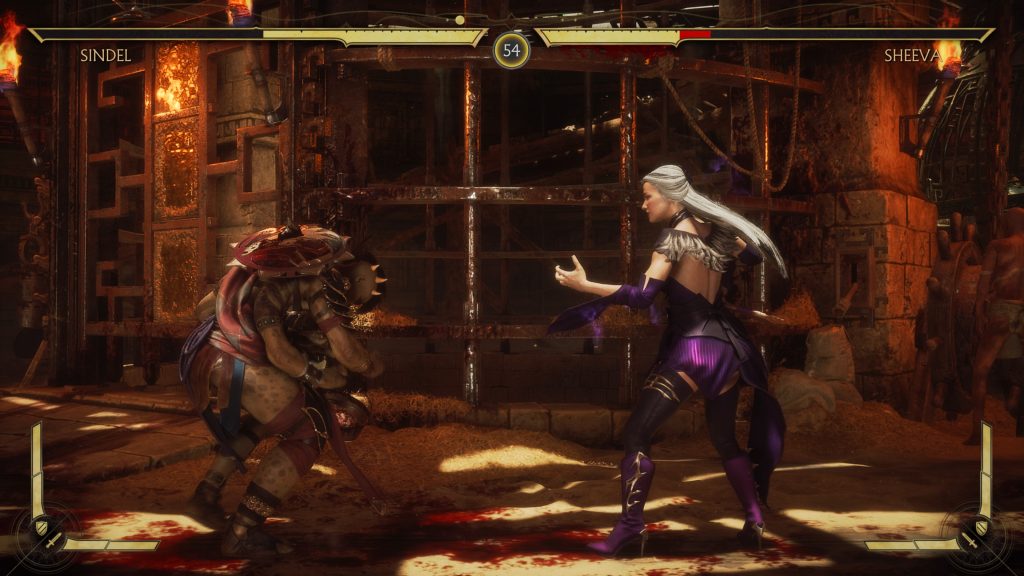 Shang Tsung is voiced by Cary-Hiroyuki Tagawa, reprising the role he had in the 1995 movie, and he’s a joy to watch.  Aside from Netherrealm’s usual high standard presentation and storytelling, Cary clearly has a lot of fun as he hams up his part.  Veteran voice actress Vanessa Marshall also does incredibly well with her part as Sindel, the hair-wielding ex-wife of Shao Khan.

While the story only lasts three hours, that’s actually plenty given that it all kind of feels like a film.  Any longer than that and it’d start to get tedious so we’re pretty happy with it.  It looks great, is entertaining and the fight choreography is second to none.  On the down side, as with the game’s main campaign, you don’t get to use finishers which is a bit of a shame.  We understand why the characters have plot armour but we’re not sure it really matters given how often Mortal Kombat‘s stories break their own rules. 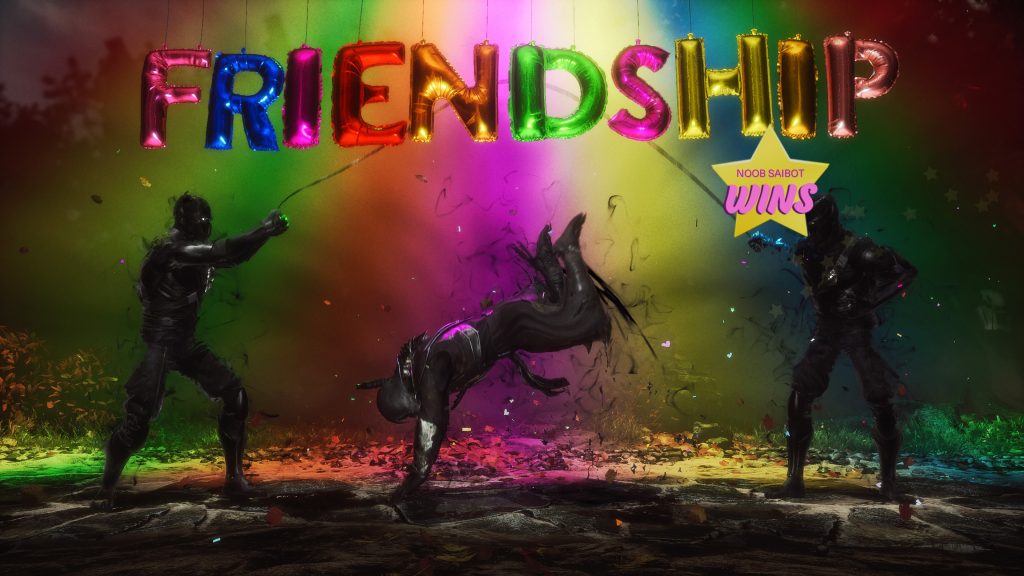 The paid DLC also adds three new characters.  Fujin, Raiden’s brother who uses wind instead of electricity, returns for the first time since 2006’s Mortal Kombat: Deception, and is a fast and fun character to use.

Sheeva, the four-armed female half-human, half-dragon also returns.  Oddly we found her to be more of an effective kicker than puncher but again, she’s quite good fun to play as.

Less good is Robocop, the cyborg policeman from the 1987 movie of the same name.  While thankfully more agile than his film counterpart, and voiced by the original actor, Robocop is slow and clunky by Mortal Kombat standards and mostly relies on unsatisfyingly weak ranged attacks.  We pretty much bailed on him after checking out his fatalities. 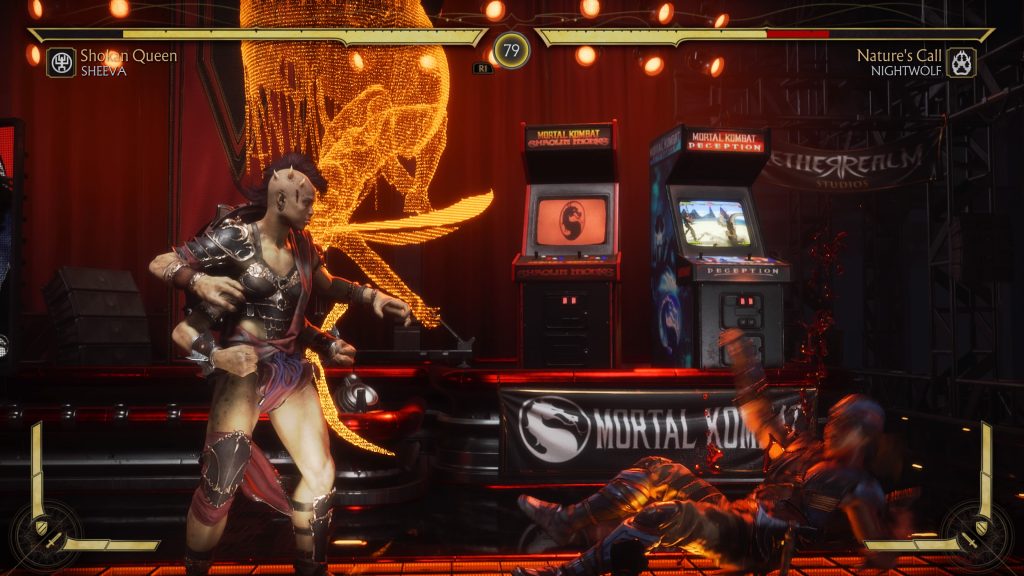 Also thrown in are a few skins for other characters but there is a sense that £34.99 feels like a very excessive price.  The extended story is undoubtedly impressive and has clearly had quite a bit of money thrown at it but three hours of fun and some additional fighters that aren’t particularly interesting shouldn’t really cost this much.  But if you can get over that, then as a collection of new content (both the free and paid stuff), then this update adds some great content to a game that was already overflowing with it.

In the battle of the ‘complete editions’ we still prefer MKXL over Aftermath but as long term Mortal Kombat fanboys, we’re happy that the series has finally brought all the elements together.  The excellent story, the finessed combat and the outrageous number of finishing moves make us very happy and Aftermath keeps adding to all of that.

Mortal Kombat 11: Aftermath
8 Overall
Pros
+ Excellent new story
+ Cary-Hiroyuki Tagawa on top form
+ Stage and friendship finishers are welcome additions
+ Expands an already large roster of fighters
Cons
- Very expensive for what you get
- Robocop is disappointing to play as
Summary
Aftermath expands on an already massive amount of content and adds an enjoyable story from the best storytellers in the fighting game genre but damn it's expensive.