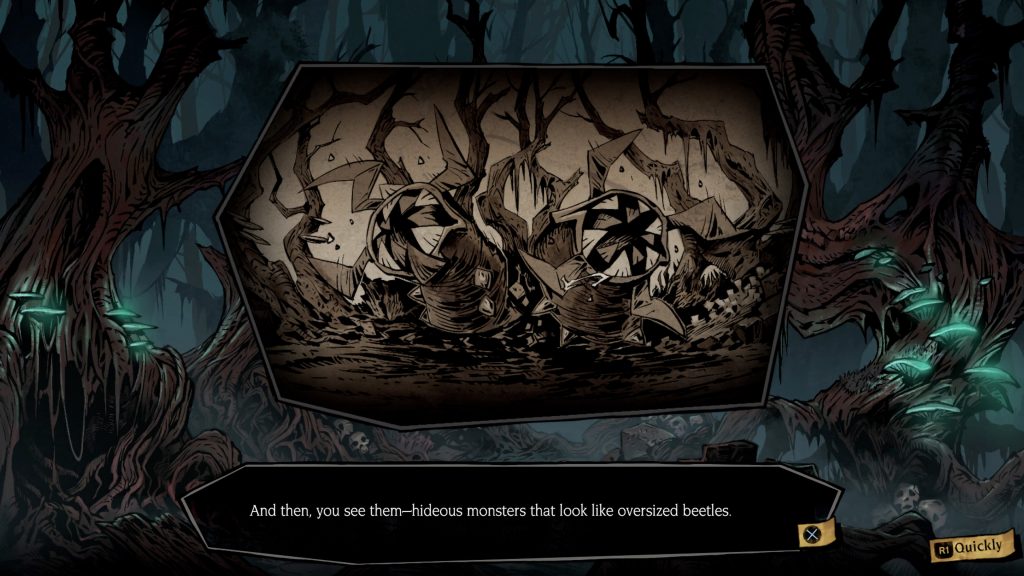 When it comes to this console generation and gaming archetypes, few genres have enjoyed such a meteoric rise to success as the rogue-like. There are so many great examples of the genre now that are out and available for the PS4. Rogue Legacy is one of them, a sublime mix of platforming and brutality. Crypt of the Necrodancer is another, if you like them funky and To a lesser extent, you could also count the likes of Genesis Alpha One among that number if you fancy something a bit more in depth. It seems that despite the variety of titles above and the subgenre’s that they coinhabit, very few seem to be utilising the traditional turn-based action that many enjoy. I always wondered why that was, but figured that this was due to the lack of stress inherent with that type of gameplay. That was until The Darkest Dungeon came along.

The Darkest Dungeon was unique in its approach, the concept of fighting monsters and stress amongst your party members was incredibly novel. The mix of hand drawn gothic artwork, challenging dungeon crawl and the added danger of permadeath for your characters just added to that winning formula. The key thing was, it was the only game from my recent memory that made a normally methodical and strategic genre of combat into something that would stick with me. It turned a lazy Sunday formula into a fight for survival. Why am I talking about Darkest Dungeon when we should be talking about Mistover? Simply put, it’s to save time. The latter borrows heavily from the former, for better or worse. 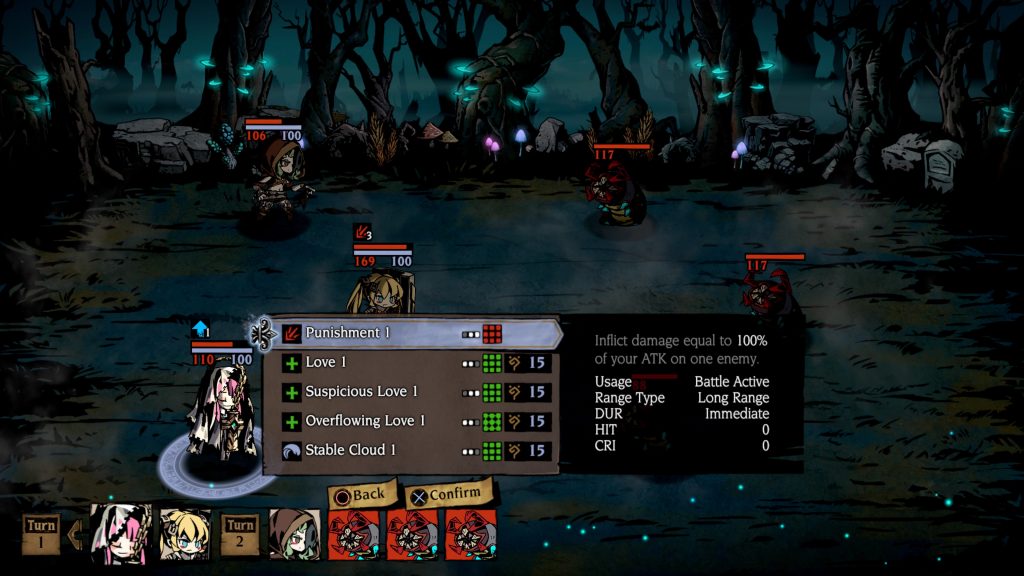 Utilising a similar dark drenched world (albeit with an anime aesthetic), Mistover begins in the peaceful Kingdom of Arta. A whirling vortex, known as the Pillar of Despair, has appeared, creating a thick mist that envelopes the area. From this mist comes a bestiary of dangerous beasts that wreak havoc on the nearby townships and landscapes. In a panic to protect themselves, the townsfolk have enlisted a band of adventurers who call themselves the Corps Crew to embark into mist covered areas to rid them of the marauding creatures and to fulfil quests that will bring about peace again.

Beyond the lengthy dialogues between town NPC’s and system tutorials, it doesn’t take long until you venture into the mist for yourself. This is where the real meat of the game is, with essentially two phases to work with. The first is what you have when you are adventuring in an overworld, each mist covered area takes place on a grid like map, where your party of characters take singular steps to progress through each locale. In this mode, the player searches for treasure, light flowers and beasts to slay among other quest objectives. The second mode of course, is the turn-based combat sections which sees you positioning your characters tactically to take on all comes on the other side of the field. 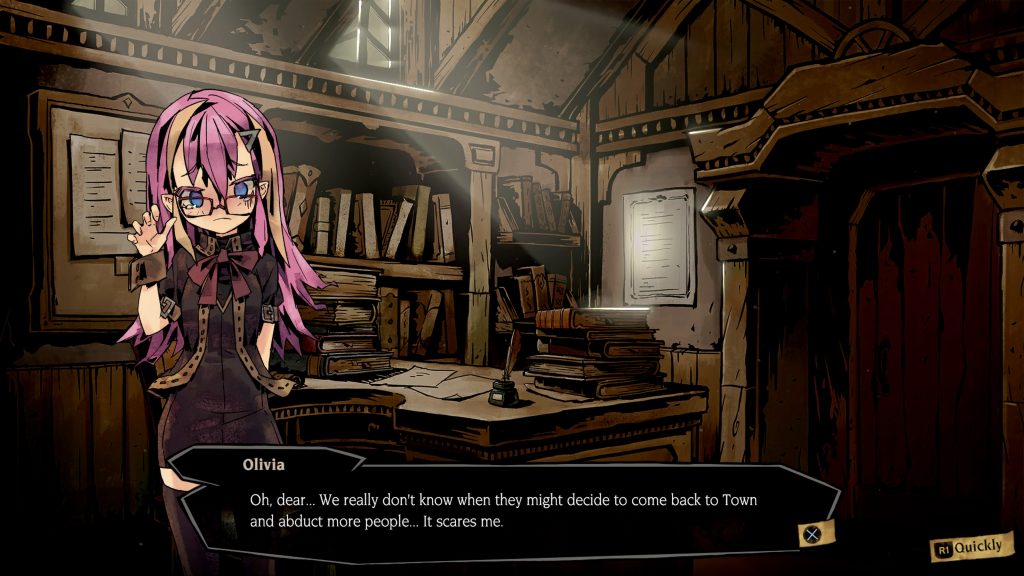 There are numerous gameplay elements that exist to ramp up the stress almost immediately. In the exploration mode, the player must juggle several different meters to keep their party alive. As you walk across tiles, the player must manage hunger levels and luminosity, two very hungry meters that deplete with every step you take. Keeping these meters full offers numerous benefits, Luminosity keeps the area lit up, allowing you to easily see beasts and treasures on the overworld, while keeping your hunger/fullness gauge up will ensure that your party is able to heal from endured wounds. Thematically, it is sound and certainly stressful as you lose plenty of meter when you are simply walking around the world, it becomes a nagging mechanic that becomes a bit too annoying for my liking, especially when you mix in afflictions such as bleed or poison that carry into the overworld also. As a result of these mechanics you must constantly be on your guard to ensure that your characters are topped up with food and potion, so they don’t check out.

For combat, this is your typical turn-based affair with some interesting twists. Both sides of the field stand on a 3×3 grid in which you can move and place your characters wherever you want. Based on the position of your paladin, witch, grim reaper etc, attacks become viable, with some moves being locked completely out of usefulness if the enemies/allies are not situated in the right spot. This can lead to some fun encounters, with characters knocking enemies into more suitable positions for follow up attacks that trigger more damage of a status effect being a great way to win the day. 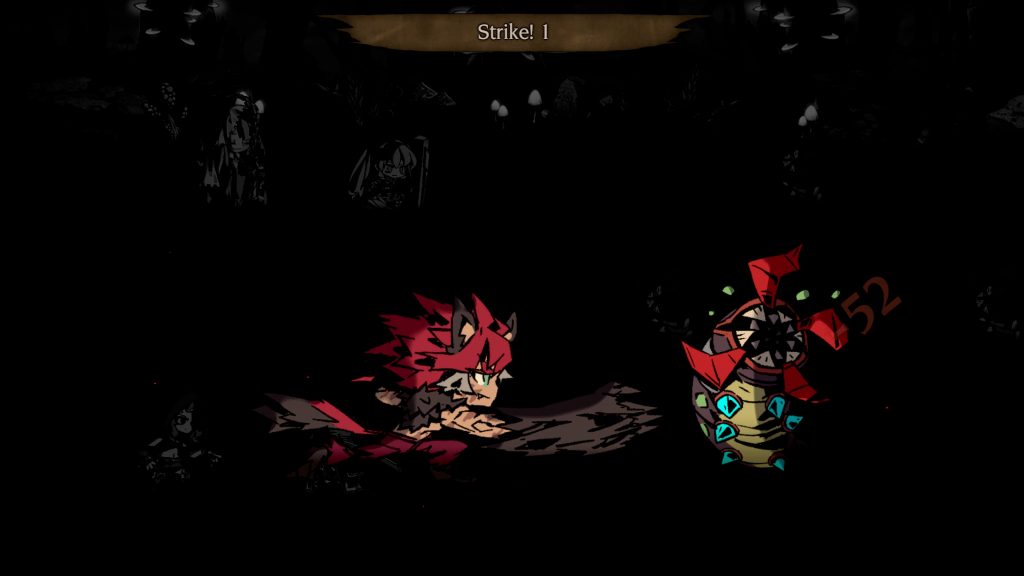 The formation of your characters also becomes important shortly into Mistover. Positioning characters together into a spot near another open cooperative moves. These attacks can hit every enemy across the road from you, applying status effects or simply applying devastating damage numbers on all foes. A good example of this is when you place a Ronin class in front of a Shadow Blade, their combined attack fills the screen with blades, applying damage and a bleed effect which makes a great opening gambit for most fights. As you progress, the placement of your characters for this reason becomes incredibly important yet also very difficult as enemies can knock your team around the board, breaking those fortifications and attack opportunities.

This is where Mistover becomes a big game of risk vs reward. It doesn’t take long after learning the mechanics until creatures of the mist are handing out beatings and defeats left and right. Keeping your team members alive is a challenge as once they have fallen, they cannot be brought back, barring a second wind limbo state during combat that is. This is where the game falls apart from me. Behind all this exploration and combat is a constantly ticking clock which triggers a doomsday scenario when it hits midnight. To keep Mistover from ending prematurely, you must explore each stage, collect everything and fight as much as possible. Any leftover objectives or uncleared debris adds up to minutes on the clock wasted. This is especially apparent if you need to retreat to town because your team are wounded beyond hope. When the hand hits midnight, you must start over with almost nothing being carried over, yet if your characters die then all progress you have made with them is lost anyway. It feels like too much of a punishment and requires a slog to do right, which isn’t a great mix. 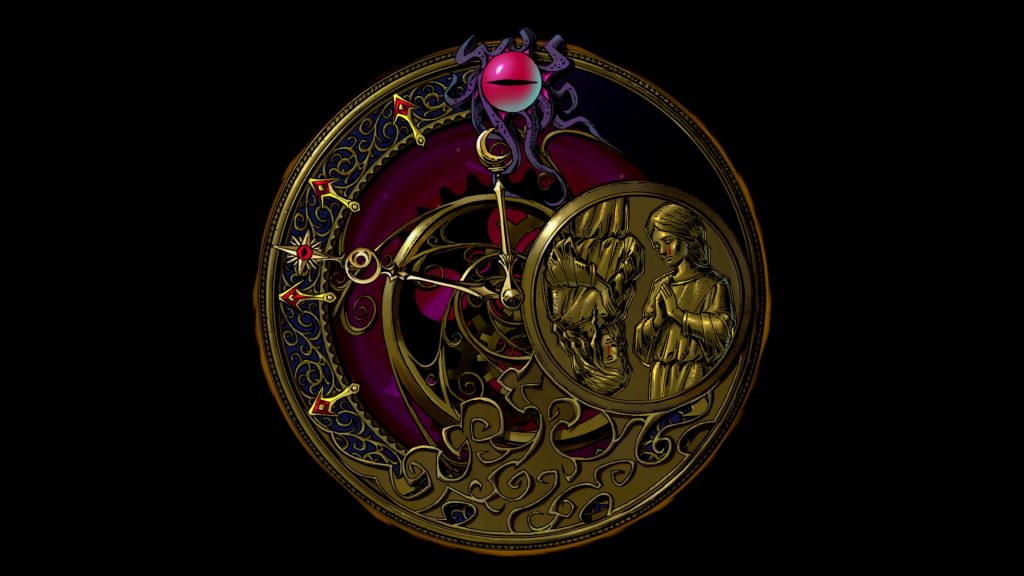 This turns whatever could be fun about Mistover into what feels like nothing but a chore. Any interesting flavour that it brings turns to ash in the mouth as soon as your level 5 Shadowblade gets sucker punched by another beetle, losing everything she held. Sure, you can recruit another, but if the rest of the team buys the farm then you must slump through a ton of early stages to ensure that your new team doesn’t suffer the same fate. It doesn’t help also that after the first hour or so that the character dialogue, locales and soundtrack do not vary enough to change up the experience or that feeling that you have seen it all before only just a few moments ago. Unfortunately, this makes Mistover a bit too hard to recommend, unless you have the patience of a saint and the spare time that goes with that.

Mistover
5 Overall
Pros
+ Suitably bleak aesthetic
+ Interesting formation mechanic
+ Characters have plenty of personality
Cons
- It’s far too easy to lose your entire team with bad RNG
- Snail paced if you want to succeed at anything
- Incredibly repetitive
Summary
With the mixture of risk vs reward gameplay, a dark setting and some inspired mechanics, Mistover has a lot going for it on paper. However, in a bid to introduce stress into a turn-based RPG Roguelike, the game feels like too much of a self-prescribed slog that fails to maintain interest shortly into the adventure.