From developer Bombservice and publisher Dangen Entertainment comes Minoria. It came out a couple of weeks back, but this reviewer struggled mightily with a couple of early bosses for reasons we’ll go into. It is a successor of sorts to the Momodora series, one of which was reviewed by our Steven a  few years back.

The three-plus years elapsed have been kind as Minoria has been given a good looking anime style makeover rather than the lo-fi style of old. It’s still a Castlevania style romp through castles and grounds helped by a useful minimap. Just as with Momodora, combat is pretty sophisticated with dodges and parries aplenty. 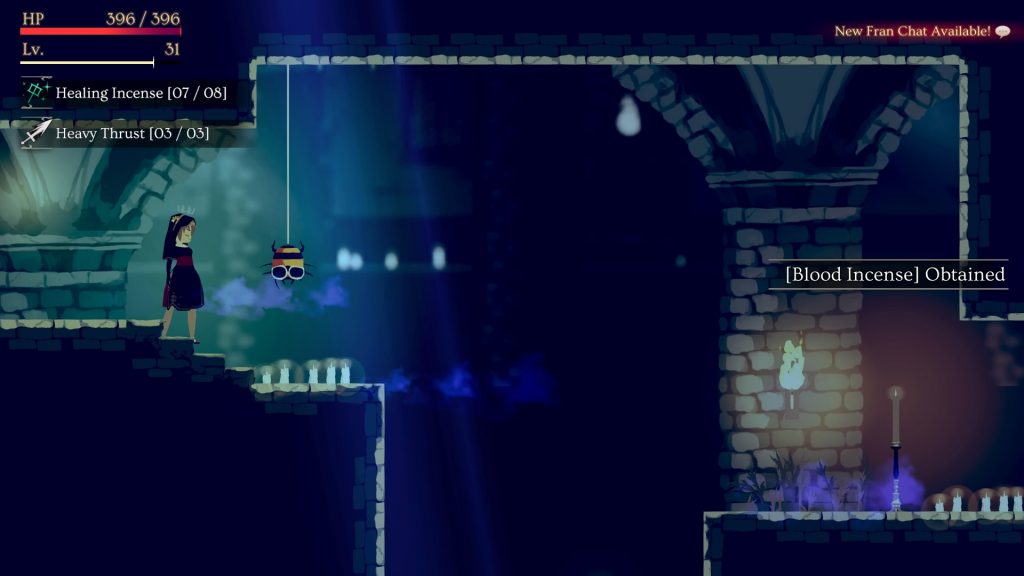 The opening precis starts with “A forbidden ceremony launched the Holy Kingdom of Ramezia into a large-scale conflict against witchcraft” and a subsequent cutscene shows an ally burning a pile of witch corpses. Hmm. You play as Sister Semilla, a neophyte witchhunter and it’s down to you to almost singlehandedly clear out St Hildreth’s Cathedral and surrounds of the occult scourge.

The exploration here is fairly straightforward, your main barriers to entry being the obligatory keys or a missing ability. Occasionally you’ll come across doors that only open when activated by a switch on the opposite side from where you are. 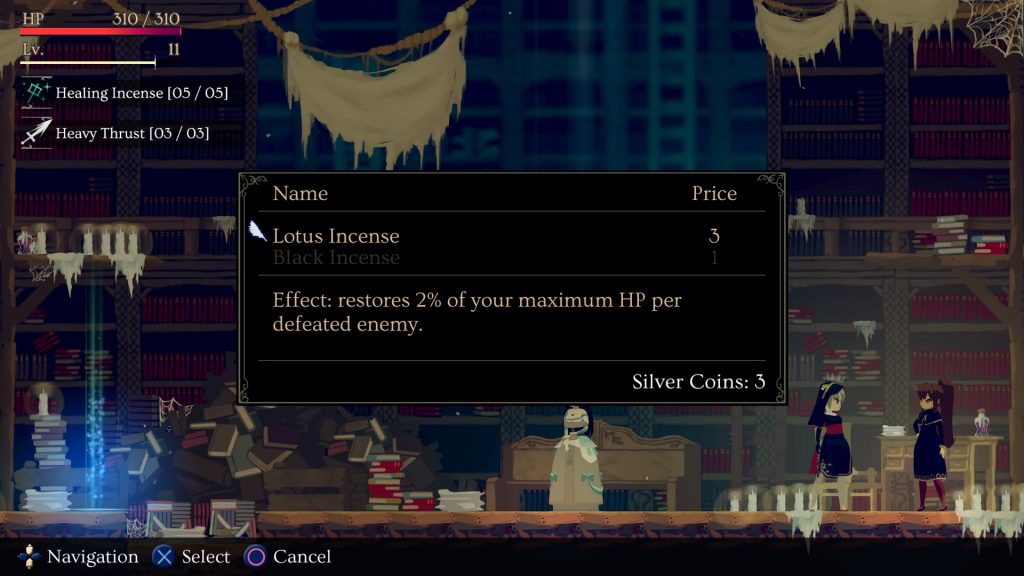 The gameplay loop here is generally fight a few enemies and strategically finding  a conveniently placed save point. Leave your leash too long and you’ll find yourself backtracking over and over. Think of it as the Wehrmacht’s incursion into Russia in 1941. Ultimately if you leave your supply lines too long, you’ll struggle but eventually you’ll click as we did.

At least until we got to the second boss. Our save slot said five hours though our elapsed time was probably two or three times that. We died and died and died. We’ve got the sequence of enemies memorised even now. Two stabby dudes, two witches and two bomb throwers, then the  boss. We must have done it fifty times before we admitted defeat. Her AOE was just too much for us. 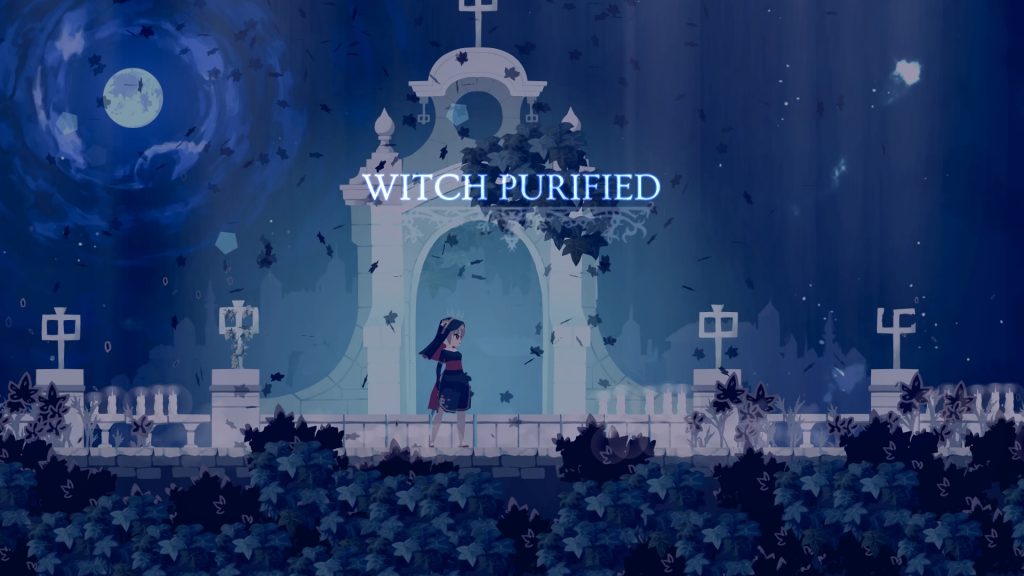 A full week later we returned and  finally managed it, but only upon messing about with one critical detail. Your powerups are called incense here and you pick them up through the normal course of play. Primarily you have healing incense and you’ll use it a lot. Almost as often as you die. You also end up with some handy offensive weapons. It was combining these and switching them out for fresh alternatives that finally let us prevail.

This difficulty spike was one that changed our mindset going forward. To the extent that we got to the next major confrontation and upon dying a handful of times called it a day. For almost a week. Yet upon returning we did for the miniboss, such as it was, without any trouble. What was all the fuss about? Anyway, job done we ended up tearing through a load more subsequent bosses. 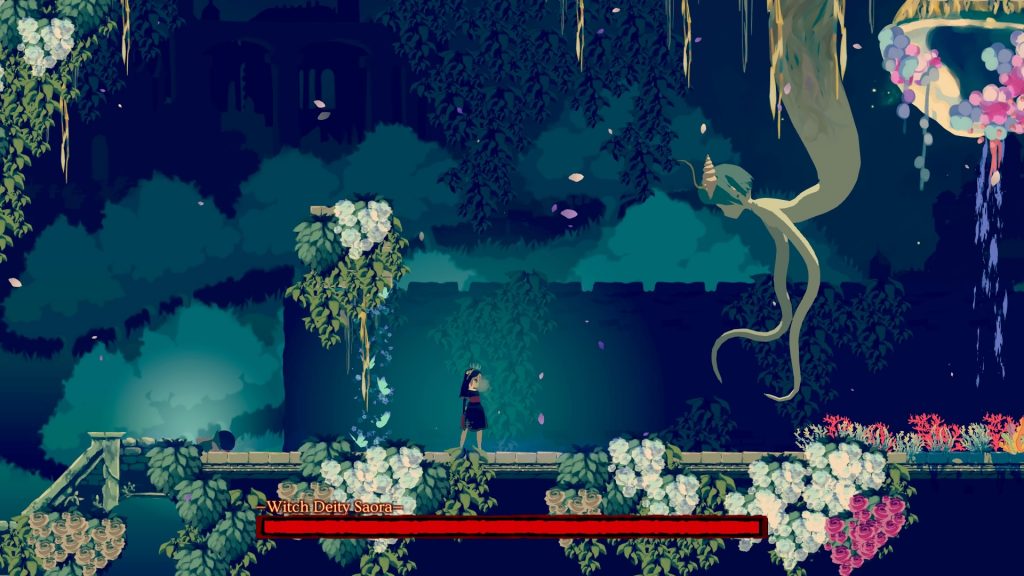 Weirdly they all had spots you could cheese them from without taking a great deal of damage. The trophy for beating them without taking damage is something of a reach, admittedly we didn’t try massively hard to avoid damage, survival being the main goal.

After a while though, it’s hard for fatigue not to set in, especially when you end up doing a run over and over, only to die cheaply to a minor mob getting a lucky hit in. Eventually you’ll run out of obvious locations to progress the storyline and reach your next boss and you’ll end up poring over the map as to your next route. That’s more a failing of this sort of game though. 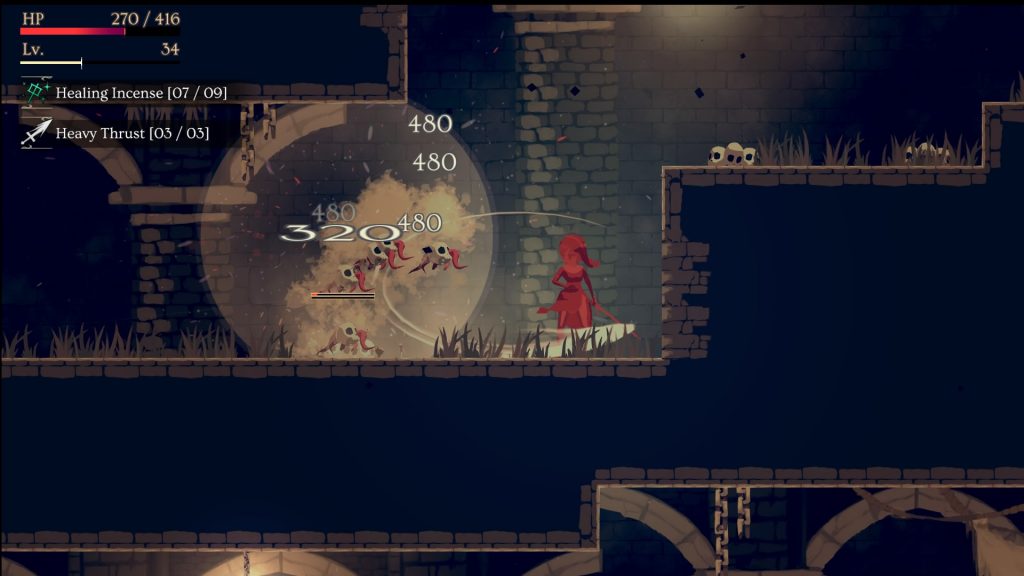 As is often the case with this sort of game, there’s collectibles in background lore and silver coins. They’re not nearly as hateful as they could be, mainly due to a mid-game incense pickup that pings when you are in the vicinity of a hidden collectible. It’s dead handy, to the extent that we only ended up short two lore pages by the time we were done ahead of writing this review.

In conclusion, Minoria is a good Castlevania-a-like with some unfortunate difficulty spikes. The combat is second to none for a game of this sort, it’s just a shame this reviewer made such a meal of it. Hopefully you’ll fare better. The story is largely irrelevant, but if you so wish you can fill out the backstory by poring over the archives.

Cons
- Some bosses are absurd, some are easily cheesed
- Lays it on a bit thick with the whole burning witches thing
- You'll memorise some runs over and over due to dying cheaply
Summary
Minoria is a good Castlevania game with some difficulty spikes that may trouble some. It's generally a great experience. Burn the witch!