You don’t tend to see a lot of console real-time strategy, do you? Even when you do, controllers don’t seem to map nicely to keyboard and mouse so you wind up with something simplified and compromised. There have been rare success stories and Passtech Games are hoping Masters of Anima can become just that. 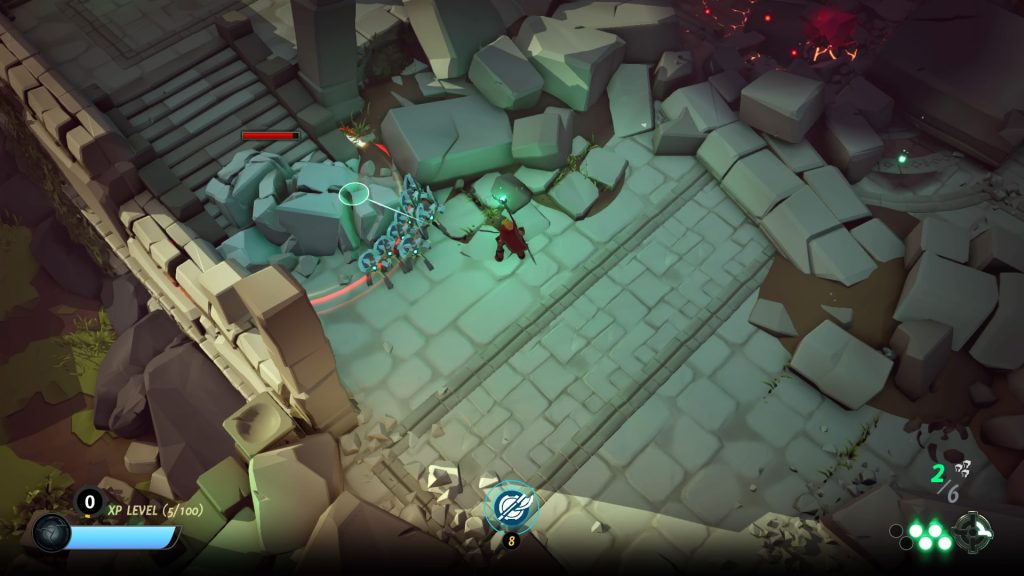 Masters of Anima is a strategy game reminiscent of Pikmin and Overlord. You play as Otto, a Shaper who has his girlfriend split apart inside the first five minutes by an evil warlock. Shapers are able to summon adversaries on command and, with an old master, he grows in abilities and confidence. He has an army of golems at his disposal and the world is, predictably, at stake. It’s nothing you haven’t seen before but the game focuses more on gameplay. It’s minions versus minions, basically.

Master’s of Anima showcases a vibrant palette with a cast of well-animated characters. It performs great but, in battle, I would’ve appreciated a larger view of proceedings. Environments are varied and missions take you to the traditional forests and snowy tundras. Cutscenes are a little lacking with some animated stills. Dialogue tends to expressed with character portraits and text. 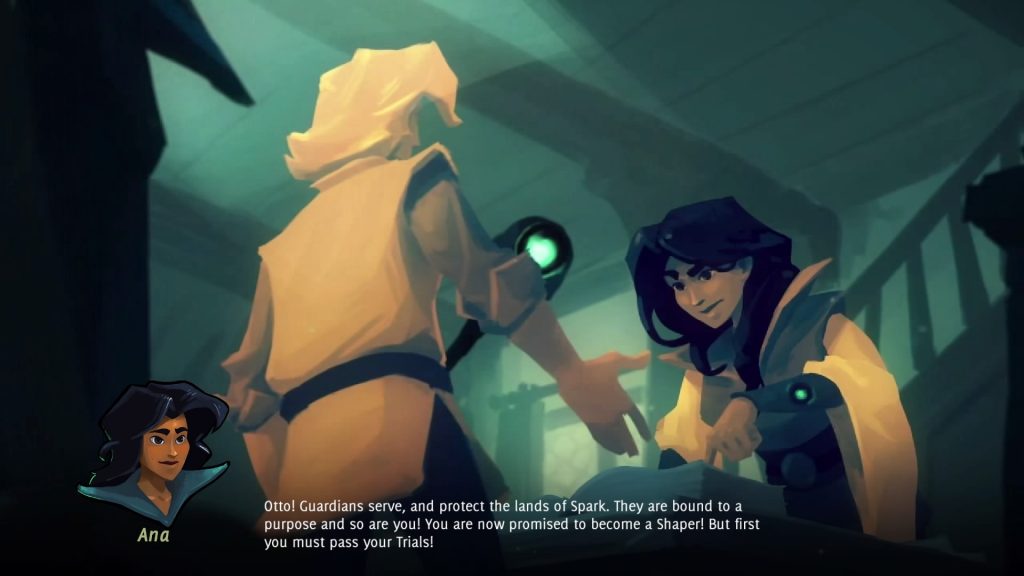 Otto sounds very much like a fish out of water. He’s solely focused on regaining Ana. In the process, he’s trying to become an accomplished Shaper. It’s nice to see something of an arc and the voice actors play their parts well enough. Otto comes across a little village idiot at times, but he’s affable. Ana sounds mature, for the moments you see her and your old mentor sounds suitably sage-like.

The campaign is the entire package. You control Otto and his minions through a number of missions which contain a few encounters. There is plenty of downtime which allows you to regain anima which governs how many actions you can undertake in battle. It’s usually gained through destroying things. Rubble, crystals, enemies and vegetation all yield some of the glowing goodness. It’s paced smoothly with missions usually taking half an hour or more to complete.

You summon additional minions using the right trigger and, on the face of it, controls are mapped appropriately as you direct and order your team to attack targets. You can select individual units and split your side off into groups to keep multiple targets busy. You can switch between unit types and recall them easily. It should, on paper, work out. 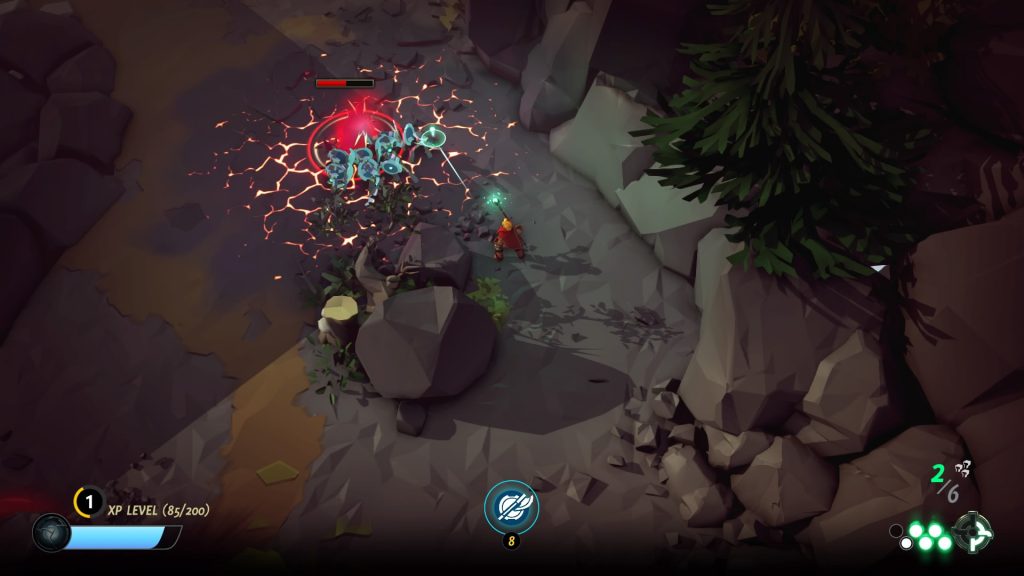 So what’s the problem, here? Masters of Anima focuses a lot on micromanagement. You have a legion of unit archetypes that you need to direct into battle. The commands are mapped decently to the controller but there’s a pace to combat that seems to leave console players behind. You can boost cursor speed but the effect of this is minimal.

Sometimes units will revert to attacking when you’re trying to focus on a particular enemy. Archers can use cover to their advantage but it’s often undone by their limited default range. Your basic fighters are expendable fodder and, whilst you can buff them with abilities, enemy health pools are large enough to require strength in numbers. Numbers that you can expend with anima being a finite resource. This will happen. Your units lack the autonomy to stay out of trouble.

It’s not fulfilling. Even when you try to divide and conquer, you’re up against multiple enemies very early on. They have area of affect attacks, projectile attacks and, whilst they’re telegraphed, there’s only so much I can take note of. Getting through a battle with minimal casualties seems like a minor miracle. Oh, there’s also stage hazards. Summoners do arrive as a means to deal with multiple foes but, by this time, you’ve had to fight them inadequately for a few missions.

Enemy and encounter variation is really lacking with you tackling two or three at a time. Sometimes, they arrive in waves but you are dealing with the same golem types regularly. It should allow you time to get better at fighting them but, due to their large health resources, you’re in for some marathon scraps. Otto is pathetic as a damage dealer so, if you’re out of units, you’re out of luck. 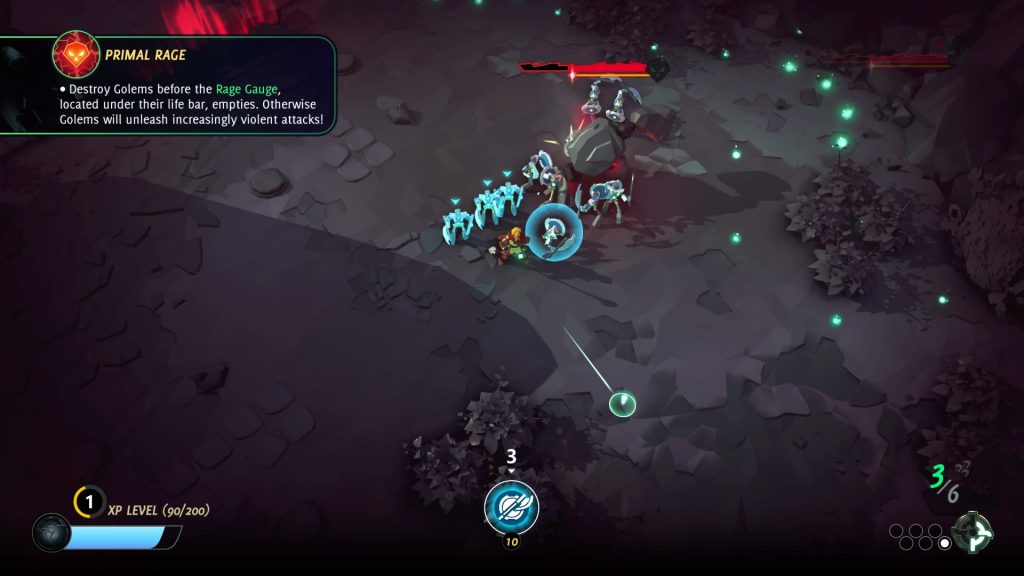 It’s a game that requires you to be reactive and, when you have so many things to consider, fights can quickly turn into a shambles. Cover is minimal, golems can wipe out units in a single swipe and, whilst you have numbers to your advantage, you can’t fight a bear with a pack of ants. Experience is gained throughout and can offer you the abilities to turn the tide, however, they’re only cashed in at the conclusion of a level. Also, some perks prove a little useless with them being related to chance.

Every time I go back to Masters of Anima, I feel worse. I keep seeing the same issues with units attacking when I’ve ordered them to move or for the hoard to weirdly split when I’m ordering all units to get a move on. Your ability to spin plates will be tested as you have to remain aware of unit placing, enemies and your own position on the field. It’s a challenge but one that I feel is not rewarding.

Masters of Anima
5 Overall
Pros
+ Environments are visually interesting.
+ Story is well voice-acted.
+ An interesting concept, if poorly executed.
Cons
- Clumsy control scheme.
- Units that lack any sense of self-preservation.
- Unbalanced encounter design.
Summary
Some people might enjoy the challenge Masters of Anima brings but it requires a lot of patience and luck for little reward. Controls are clumsy on a pad and your adversaries don't offer much in the way of autonomy. It's well-made but unbalanced encounter design results in some long struggles against enemies that will regularly make short work of you.