The humble top-down racer is a genre that gets revisited quite often these days and even the much-loved Micro Machines received a recent remastering this year (albeit not a very good one). For us though, Mantis Burn Racing represents the best modern example of this type of game and it was a game that did well when we reviewed it.

Following up from the Snowbound and Elite Class DLC packs, VooFoo Studios, have popped out some brand new content in the form of this, the Heavy Weapons pack. This cheap bit of DLC adds three vehicles (a light, medium and heavy vehicle) that all look like stunt doubles for the APC from the film Aliens. 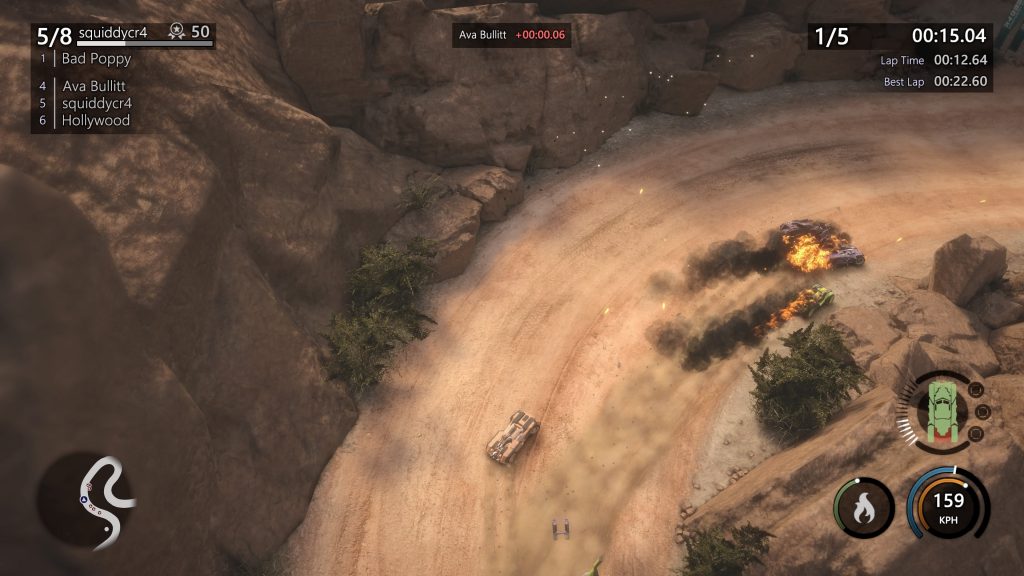 Each vehicle has increased armour, obviously some are better put together than others, and two weapons. Hold down the square button in a race and you’ll unless your machine guns. Press circle and you’ll drop a mine.

This mode is added to the end of the game’s campaign, offering a decent number of events to play through each of which focuses on giving and avoiding damage from your opponents. As with the rest of the main campaign, you unlock upgrades that can be applied to your new vehicles too.  You’ll need them as your unmodified starter vehicles struggle to keep up with the AI vehicles right from the off so hopefully you’ll have built up a supply of upgrades from the rest of the campaign.

The shooting action does make the races a little too chaotic perhaps. You can find yourself at the front of the pack, or the back, for completely non-racing reasons and this is a shame as we’d have liked the combat and racing to be a bit better balanced. We would have also liked the difficulty to be toned down a little too. 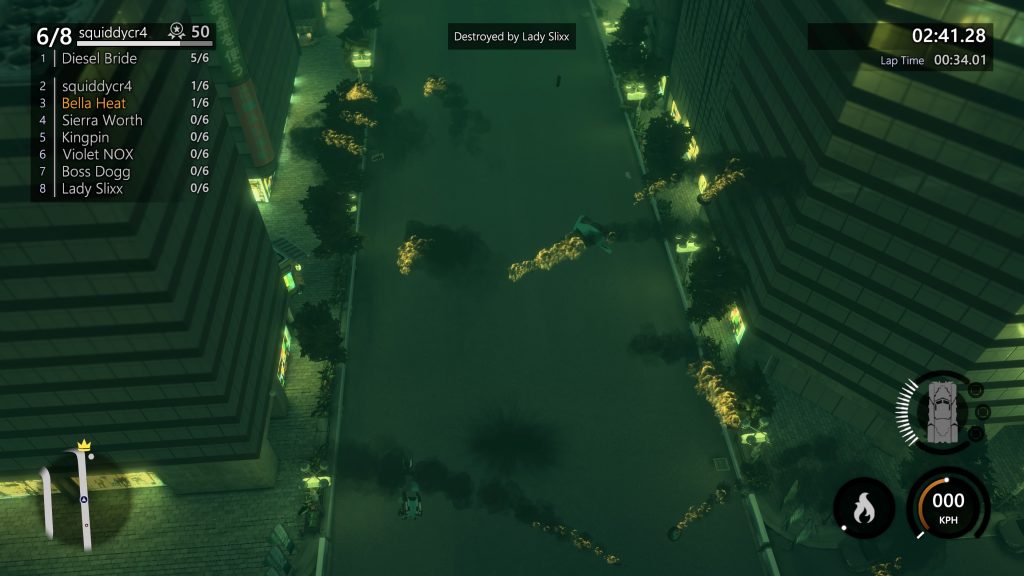 On the plus side, in an effort to earn more upgrades to get past those difficulty spikes, we did go back to play some of the regular campaign and are pleased to be playing the main game again as it is really good. The detailed graphics and excellent handling still impress.

The Heavy Weapons DLC is out now and costs £1.99. If you think you can handle the challenge then this is some very reasonably-priced content. It’s just a bit too tricky for its own good though and we’re not sure Mantis Burn Racing ever needed weapons but it’s cheap and reasonably fun.