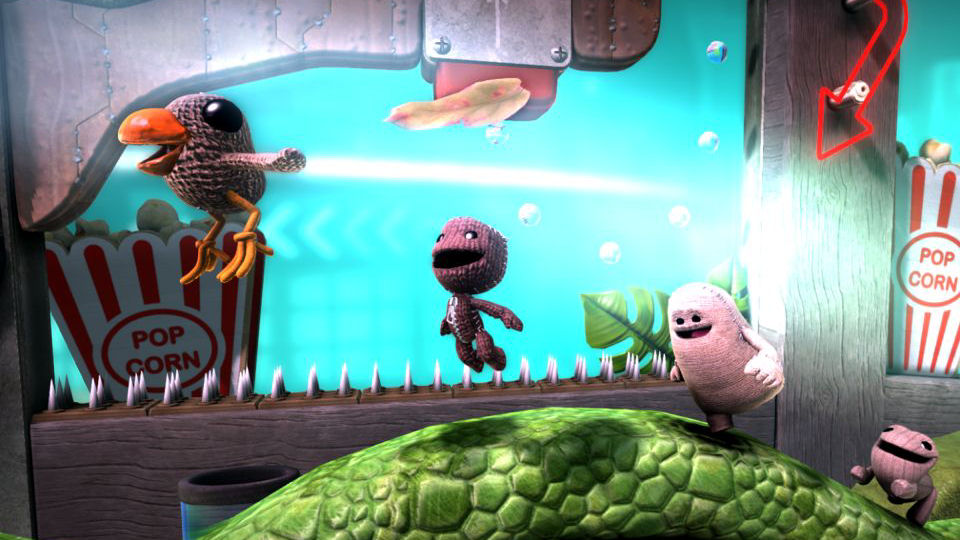 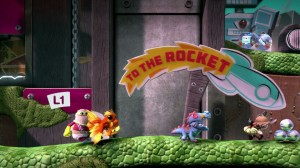 The first LittleBigPlanet was an interesting concept. Every part of the levels that made up the story mode could be collected in some form so you could create your own levels and playgrounds from them. It made for a great reward to exploration in two ways, the search for the items and stickers to playing with the tools you had at your disposal in the creative spaces. Whether you were creating a rocket ship from yarn and sponge or jumping to that hard to reach cranny it had one thing that a lot of games lacked, fun.

LittleBigPlanet 2 took that idea and rolled with it, the platforming mechanics were nigh on identical if not refined, but the creative scope was larger. Instead of just levels players could create their own games and not just ones relegated to the 2D plane. Within a month we were seeing faithful recreations of shooters like Afterburner, survival challenges that pre-dated the now popular genre more commonly associated with mobile gaming today or even point and click style adventures that had skillfully crafted cutscenes and even voice acting!  LittleBigPlanet 2 was a revolution on top of an already revolutionary concept. So what does LittleBigPlanet 3 bring to the table?

Not an awful lot unfortunately. The much vaunted addition this time round is the new characters. Joining Sackboy on his adventures this time is Oddsock the dog-like sack thing who can run fast and wall jump, Toggle who can enlarge and miniaturise at the touch of L1 allowing him to pass through small gaps and weigh down switches at ease or Swoop, a bird-like sack thing that can fly. These new guys are nice and all but when you are searching through the created levels from the community and are only able to find creations from the first two games you are stuck with just the stock Sackboy. This kind of makes the new characters feel like the keyboard in Rock Band 3, a thing that was nice to have but was barely used due to it being late to the party. 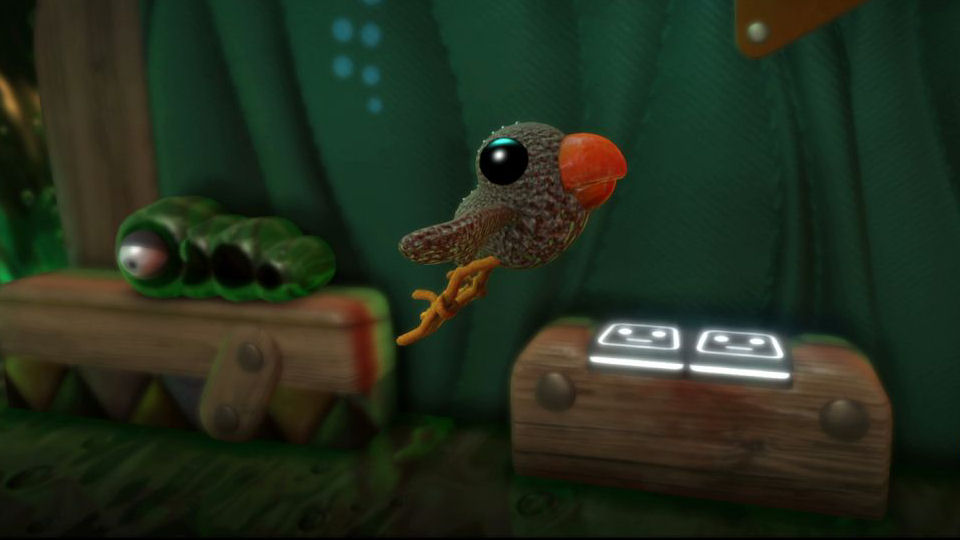 It is evident that with most community style projects there will be bugs and LittleBigPlanet 3 has it’s fair share. The three tiered 2D plane movement just refuses to work properly, often leading players to untimely deaths due to jumps that do not line themselves up correctly or in time. There were also a number of occasions where after a death I would find myself stuck in the ground unable to proceed unless I self destructed my sack person leaving me one less try at a particularly tricky moment, Of which there were a few in the story mode. Imported levels from LittleBigPlanet 1 and 2 also show signs of creakiness with errors in translation becoming apparent. Particularly in player built machinery where the physics need tweaking to react to the LittleBigPlanet 3 ‘s newer engine. There has been sign of life over at Sumo Digital though and to their credit they have been working hard to fix the bugs, things have been getting cleaner and more playable. I have every reason to believe that the game will be up and running to a decent degree in a month after launch. After all, this isn’t Driveclub.

Although the game’s major focus is on creation it does feature a brief story mode similar to the ones previously seen in the first two releases on PS3. Its a relatively throwaway affair where Sackboy has to save planet Bunkum which is being terrorised by an evil light bulb called Newton (Voiced by Hugh Laurie) each area of the story features a main hub where you can enter themed worlds to collect marbles to resurrect the new characters. Most of these levels are nice and creative with my particular favourite being based in a 50’s american diner with the likes of Mr Sandman playing as the level’s background music. Ultimately though the story mode is not essential and merely just a bunch of proof of concepts for the players to try and gain inspiration from. You would only really need to play this if your console is offline as there is no other meaningful offline content apart from this, it is a fun jaunt though and can take a fair few hours to complete depending on how much you want to collect. 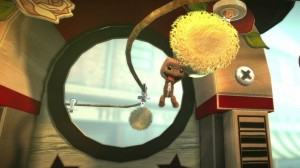 As this review is kind of late to the score party I had the chance to mix things up by jumping into the online mode to see what potential is out there. As ever there was a big mixture of varying degrees of creativity. Some levels were fantastic, I played a horror level which had the stylings of Tim Burton and Limbo. I also met a very well made machination that echoed the design of the collossi in Shadow of the Collossus. Sadly these levels are relatively hard to find in amongst the trophy cheats and the god awful picture galleries with horrendous music like LMFAO which has been recorded through the creators headset. I am sure the designer thought this was a cool idea at the time but it only sought to make my piss boil in annoyance. Hopefully the good will soon outweigh the bad and only time will tell if this will be the case. The tools are there, it only takes time and a good idea to make it into something interesting.

LittleBigPlanet 3
7 Overall
Pros
+ The controls have been improved dramatically, no more spongy jumping! + Some genuinely well designed story missions + The new characters add a lot of possibilities
Cons
- Not much in the way of single player content provided by the game - Not really much in the way of differences from the previous games - A lot of bugs at launch
Summary
LittleBigPlanet 3 is quite a hard game to score as it is a game that will live and die by it's community but next to the first two instalments it stands as a worthy addition to the franchise. If the community levels from the past two are anything to go by then this will be a game to come back to and enjoy again and again, just don't bother if you are not online as there isn't much to see.