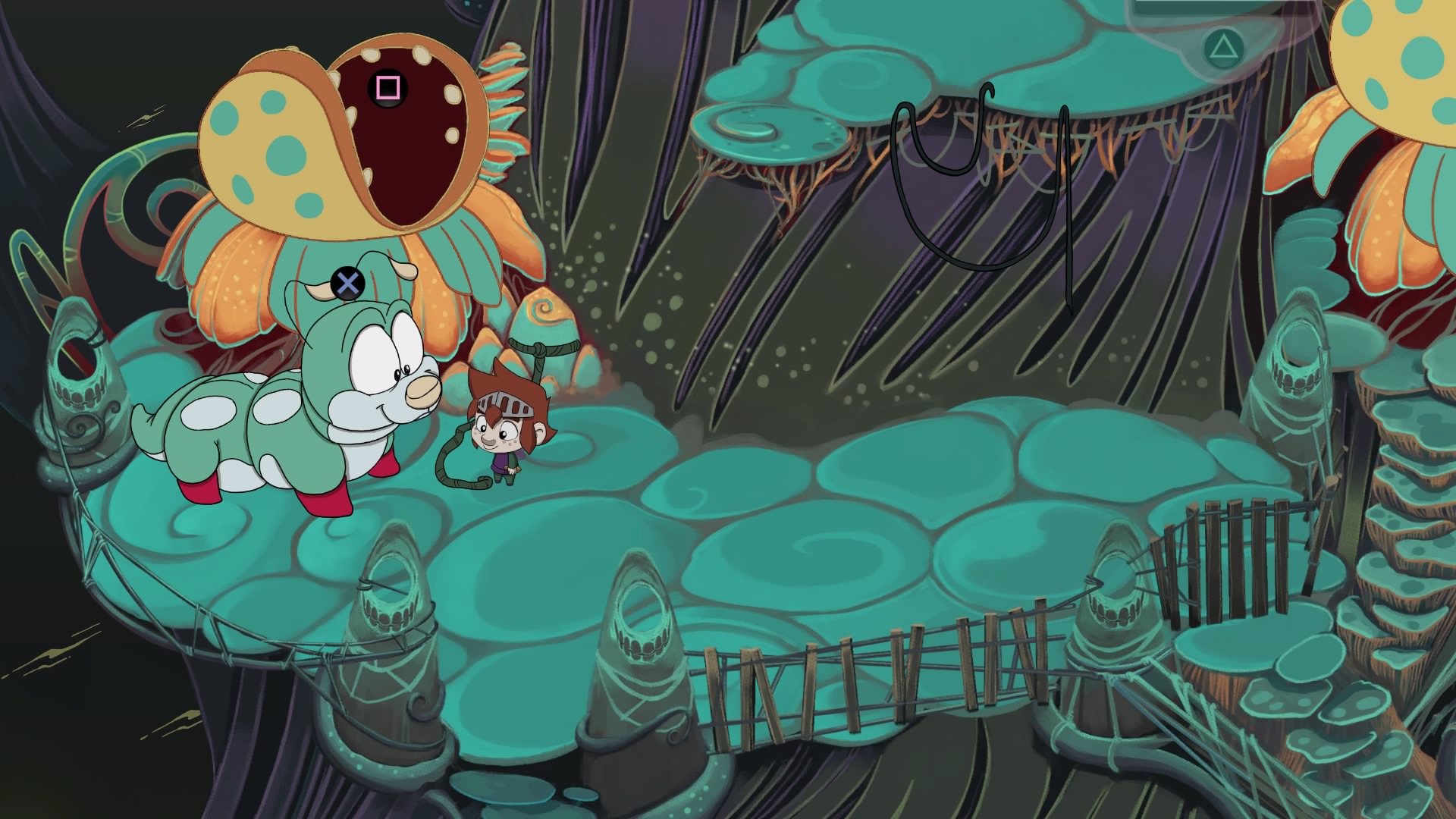 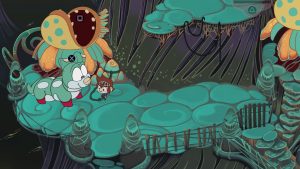 The PlayStation 4 has been getting a few point and clickers recently and The Little Acre is the latest entry into this genre.  I’ve reviewed a couple of these now and as I’ve said before the success of any point and click game will rest on it’s story and characters.  The Little Acre is based in and around a farm in rural Ireland and feels somewhat honest and homely as a result.

The first thing I noticed about The Little Acre is the fact it looks like a cartoon.  Specifically I’m talking about the cartoons of the late 1980s such as Ox Tales, Teddy Ruxpin or the Get Along Gang.  It has a hand drawn style which is wonderfully animated and uses a colour palette of sort of washed out colours, there are none of your vivid eye wateringly bright hues here.  It really is something to look at it and played right into my childhood nostalgia.

There are two protagonists and these are a father called Aiden and his daughter called Lily.  Control switches between the two of them as they both go on their own, separate yet intertwined adventures.  As Aiden you wake up one morning and discover your dad has gone missing and before long you get transported to a magical realm full of dangers.  Lily then wakes up and goes off to discover where her dad has gone, in turn entering the same magical realm.

Whilst the voice acting was decent throughout I found that the story was an odd one which didn’t quite hit the mark.  After a lovingly lazy start which radiated cosy charm, It felt as if the second part of the story was rushed slightly.  The very last section of the game was told via a couple of cutscenes which felt oddly disjointed from the rest of the game.  They were done as animations and were effectively the first cutscenes in the entire game, weirdly the animation at this point looked worse than the in game graphics.  This lack of control and change in style at the very climax of the game felt odd and left me wondering if this was by design. 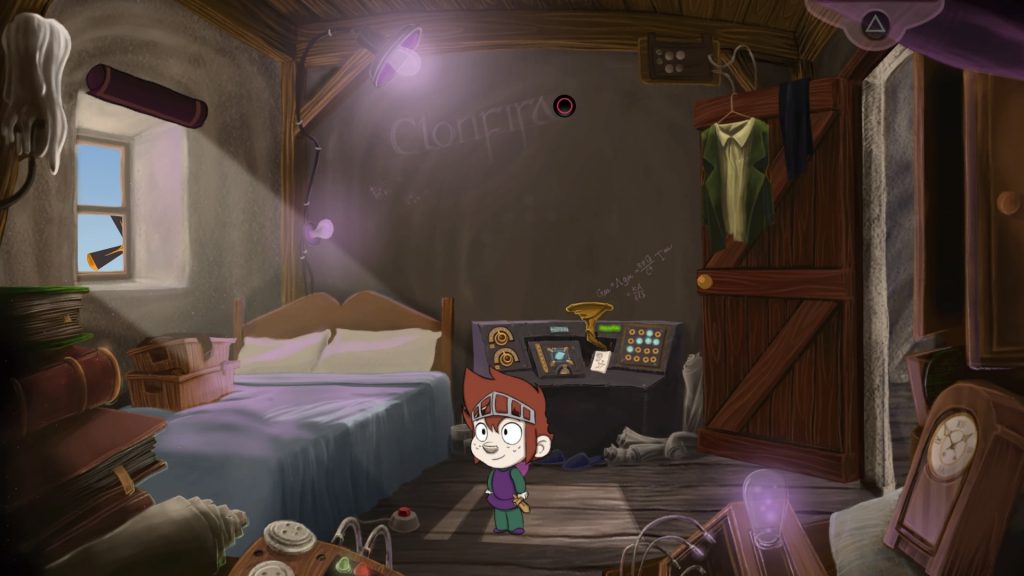 Not only did I find the pacing odd, but I found myself wanting more information on what was actually happening.   I never got a feel for the characters, or what they were doing.  Aiden’s reaction to a pivotal story beat wasn’t as I would have expected and there was a couple of new characters introduced who felt underused and under explained.   It’s odd and goes back to my earlier point that the back end of the game felt rushed somehow.  In the early sections you get some wonderful colour around Aiden and his life, but this kind of exposition is never repeated later on which is a shame.

The other main consideration in point and click games are the puzzles, and The Little Acre offers little challenge in this regard.  It is nice to be able to progress through the game and not hit bottle necks when it comes to puzzles, but the ones on display here are all pretty easy.  Add to this the fact the game has an inbuilt hint mode which will very precisely give you the answers to every puzzle and you have a game which effectively offers no challenge.  This lack of difficulty and the inclusion of the hint system ensures that anyone of any skill level would be able to see the story through to the end, although it does remove any level of challenge from the game.

My final concern here was with the overall length of the game.  I know that point and click games can be pretty short once all the puzzles are known, but when you can complete the game in less than 2 hours at a sedate pace this is a concern.  If you use the in game hint system it can be boxed off in well under an hour. 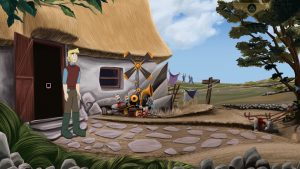 The Little Acre then is a little disappointing.  The art on display is really great and manages to tug on those nostalgia heart strings hard.  However all the puzzles lack any kind of challenge, the story is poorly paced and with an exceedingly short running time the game never really reaches it’s full potential.

The Little Acre
5 Overall
Pros
+ Gorgeous art design + Decent voice acting + The first half of the game is good
Cons
- The second half of the game feels unfinished - It is really really short - It is super easy
Summary
The Little Acre has great art design and voice acting. The actual story though feels under-developed and rushed, and for a point and click adventure this is very disappointing.