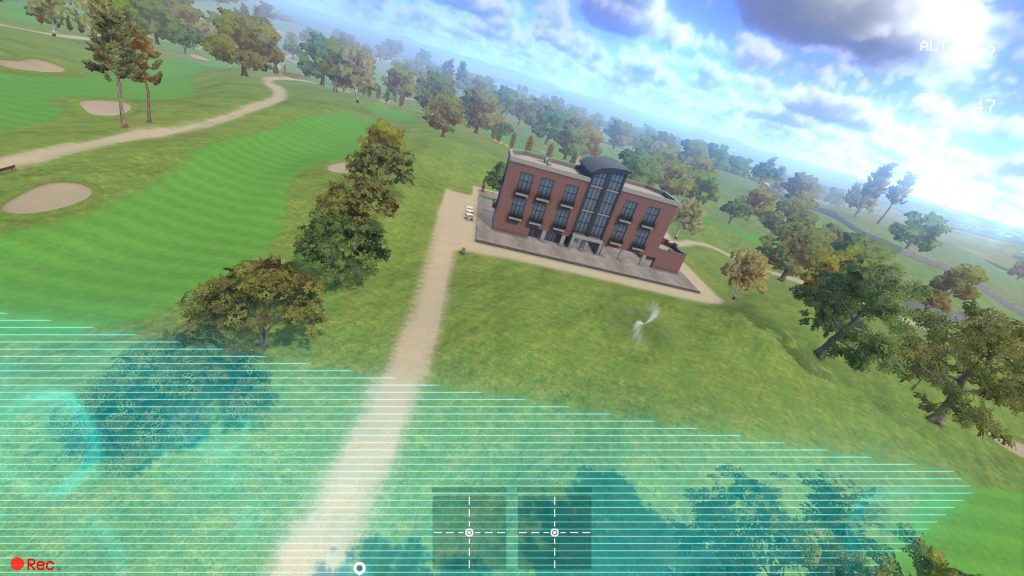 When I first started Liftoff: Drone Racing, I couldn’t help but worry about the state of this review. The problem you see, is that Drone Racing is not exactly open to everyone. Especially so when you consider the price of entry and the level of knowledge required to get anywhere successfully. Much like racing with cars, horses or boats, there is an initial investment of time and money that a lot of people don’t necessarily have or are willing to risk on a casual level. So, while Liftoff: Drone Racing takes away the initial barriers, it is still very much a simulation of a largely skill based, often finicky pastime that requires dexterity and patience.

My experience with drone racing is fleeting to say the least. I am one of those people who would stand next to one of the pop-up courses at an event and happily watch people fly and crash their expensive toys, as long as I am not the one paying for it. There is an undeniable brilliance to watching people demonstrate their skills at a high level, piloting flying cameras through labyrinthine tunnels and glowing obstacles that can easily turn someone’s pride and joy into a pile of broken parts. It’s like those moments of watching Robot Wars back in the day, seeing the hard work of father and son enter the ring, only for their creation to come out in a binbag.

I hope that this has set the tone for the review, as I make no promises or allusions that I am in any way a drone pilot or someone who necessarily understands the sport well. While some may see this as a detriment and that I am the wrong man to play the game, I see this as a worthy challenge for the developers. I am a guy, like many that will have this passing interest, will this simulator make me want to pick up a real drone for the first time? Will this get me watching more events live or getting me to go down to the next meet to watch and learn?

We start with the tutorial. As previously mentioned, Drone Racing is hard and getting to grips with the controls is the first big step. Liftoff provides a couple of options; a more casual friendly full-assist option which has you piloting a drone with the left stick and shoulder triggers. This provides a toy-grade control method that will allow most people to get in tune with the game, like me. The other extreme is Acro mode, which is a full-on drone flying control method. Here, your left stick controls altitude and yaw, while the right stick performs pitch and roll. This felt alien to me for most of the time I tried it and while the cartoon version of youtuber Joshua Bardwell showed great patience in me as a student, I just couldn’t get on with the controls at all. As instructions, the tutorial does a decent job, breaking down drone movements at a basic level and it is better than crashing a real, flying hunk of machine. In terms of accessibility though, it still seemed quite hard to grasp, but based on cartoon Joshua’s exclamation of excitement or telling me that he was surprised I am still around basically made me feel that this is par for course on the hobby and that this is about as intuitive as it could get.

It wasn’t just the Acro mode that threw me off, another aspect of Drone Racing that I found daunting was the fact that the natural viewpoint when flying drones of this nature, is via a camera on the drone which feeds back video to a set of first person goggles. It’s one of the things you may take for granted when watching drones fly about, but having a fixed camera attached to a flying machine that rotates, tilts, lurches back suddenly or only shows a horizon line when being flown at full pelt is incredibly jarring. Not being accustomed to this is a major disadvantage and something that will take a fair while to master as a necessity of success.

Even while playing with the full-assist mode switched on, I found this unbearable. There felt like no depth to the viewpoint, no spatial awareness, and a simple matter of passing through a checkpoint would turn into an ordeal, simply due to the need to be precise with your drone’s altitude and placement to get through. Power to the people that can pilot this way, but I am not one of those people. 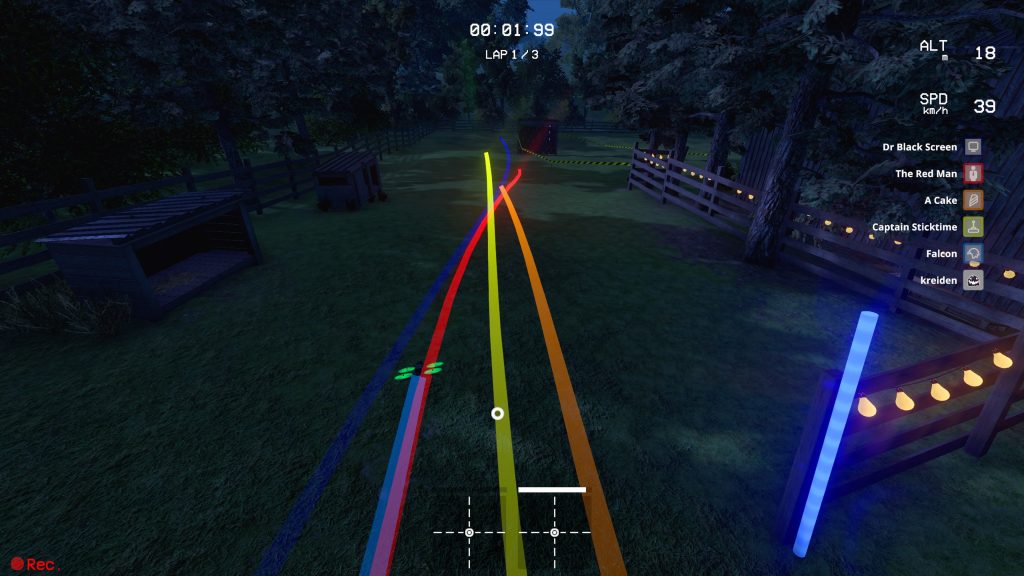 Luckily, in addition to the full assist mode, I found a couple of other options that made life a bit easier, deep in the settings are both a third person view and the ability to auto level your drone to the next checkpoint, making controls as simple as accelerate and steer, as opposed to the multiple other dimensions you had to work out before. This is the mode I spent my time with the most on Liftoff, it was pretty much the only way I could successfully fly the drone correctly, let alone compete in races. Once I had found this sweet spot, I was able to go from finishing last in each race to qualifying positions for the first time after hours of play. It felt more like a lower gravity version of Star Wars: Episode 1 racer, albeit with less forgiving turns and obstacles. Especially unforgiving when you consider some physics issues which can be caused when colliding with gates, which end up with the drone being reset to the start of the race and not just put back on track like most other racers.

After clearing the tutorial, getting a grip on racing and being able to compete at some level, it was time to move through the career. This is comprised up with a partial history of the drone racing scene, starting out in 2015 which takes place in smaller suburban neighbourhoods and gardens, steadily moving up to mining pits, American football stadiums and construction sites. It’s a fun, yet not so varied tour with a handful of sceneries turned into a variety of tracks of increasing difficulty. The set-up feels somewhat basic, but functional with AI ghosts making up your opponents in single player. This wouldn’t feel different from other racers if it wasn’t for the fact that each ghost does not differ their route between attempts, reducing the changeable nature of Mario Kart or other racers and making Liftoff seem more like a series of time trials with benchmarks to beat.

Beyond this mode, there is little else to engage in race-wise. There is an online multiplayer option, however in my time of playing I was unable to find a single game available. This can change with uptake of course, but as it stands there is no one online to race against. Beyond this, there is an admittedly impressively detailed workbench feature that lets you build your own drone from parts you own in the campaign. These parts are built up of real-world drone parts and the level of customisation even delves in as deep as sensitivity of the controls on your handset. Impressive detail, but I did feel that this was flawed as this is the part of the game that feels least welcoming to new players. While I can work out bars that tell me whether this part adds or subtracts speed or control, I feel that this would have been a great opportunity to tell me how and what each part does. I wouldn’t have minded learning about the benefits/drawbacks of adjusting PIDS, whatever the hell they are, to see if they could make my drone piloting a bit easier. 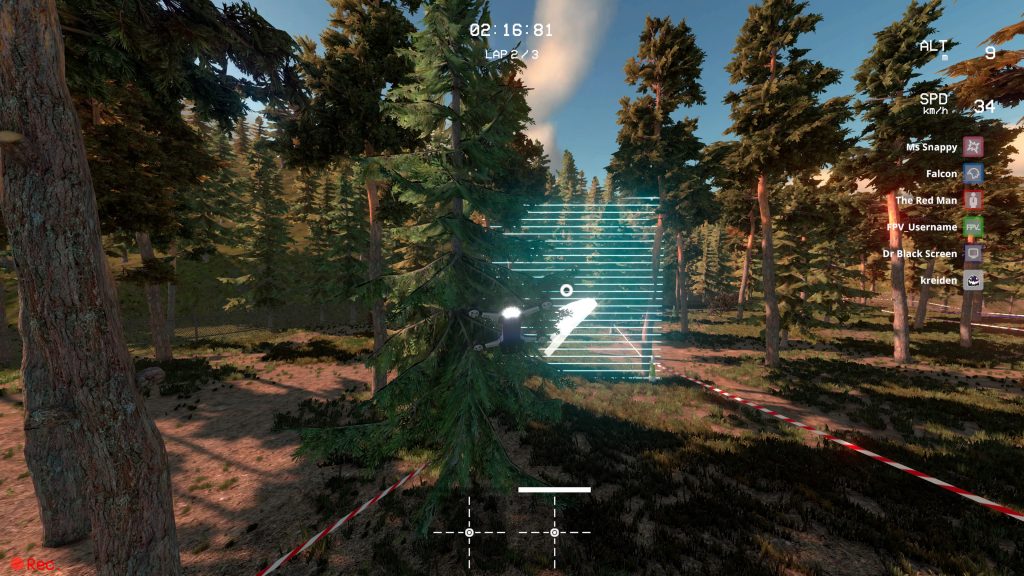 While controls and accuracy are important for simulators, visual fidelity usually comes as a prerequisite for enjoyment also. Unfortunately, Liftoff is as basic and dated as a game could look coming out in 2020. The assets are relatively bland, with racetracks and levels feeling lifeless and bizarrely congested with jagged looking natural formations. The soundtrack is also mind-numbing and by far the best excuse to have a Spotify subscription ready to go on your PS4 to escape. Performance wise, the game chugs along well enough until you hit stages with trees or multiple lit elements, this is when the frame drops occur and while still playable, this can cause issues during some races.

Most annoying, is that the one thing I feel that Liftoff replicates well, is the sound of a drone at full strength. I do not mean this regarding sound effects, more in the fact that it makes my PS4 Pro sound like it is about to take flight itself. The odd thing is that I cannot see why. The game isn’t exactly visually impressive, the console itself can handle larger worlds than the ones portrayed and there is no complex physics engine, unless you count the strangely sticky trees that if collided with, do not seem to want to let go, or when your drone hits the ground and just flips out on the spot until either reset or flung back into the air. It smacks of questionable optimisation and I hope that the developers can fix this with a patch at least. 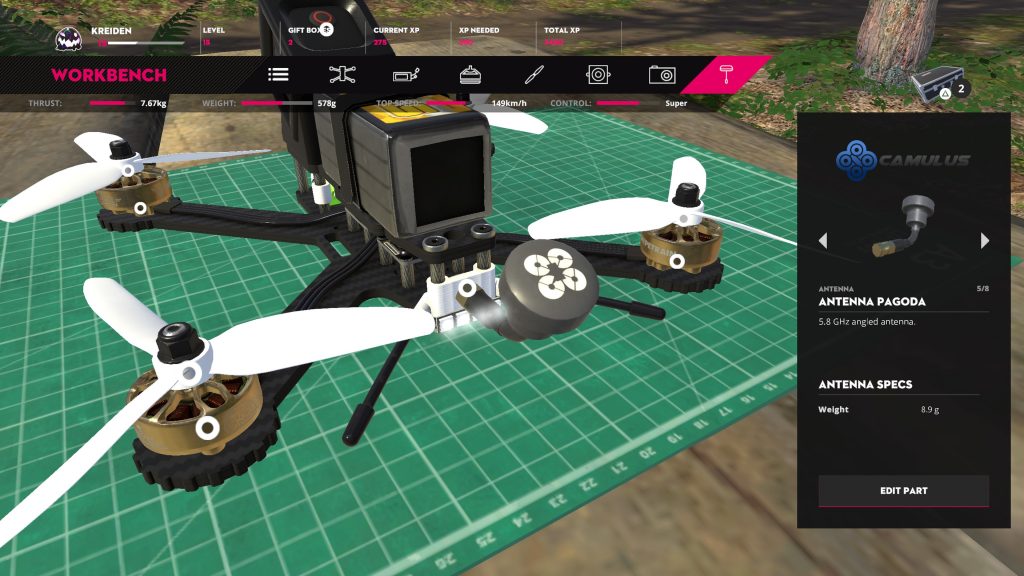 So, in conclusion, do I think the game succeeded in making me want to continue that sweet drone life? Not quite. While I found a base level of enjoyment with the watered down control system of full-assist mode and that it felt like an okay anti-grav racer in that regard, I just could not get a decent enough feel of Acro mode and the deeper aspects of drone racing. The real question is whether these things are just normally impenetrable to newbies when it comes to drones, or whether there were issues with the developer approach generally. Unfortunately, without knowledge beyond my own, I am unable to answer that. All I know is that Liftoff: Drone Racing is a hard recommendation for people in my position, as it requires far much more time and learning to get anywhere satisfying, which is probably indicative of the real thing.

Liftoff: Drone Racing
6 Overall
Pros
+ Accurate drone physics (if you can manage them)
+ A lot of customisation options for your drones
+ Cheaper than crashing a real drone
Cons
- Makes my PS4 Pro sound like a drone taking off at full speed
- Hard to grasp for new players
- Dated visuals
- Dead multiplayer right out of the gate
Summary
This is one experience that is very much 'for the fans'. While Liftoff: Drone Racing has some accessibility, the real meat of the experience will be enjoyed exclusively by those with passion and investment in the sport. Aside from ropey visuals, physics, and music, Liftoff appears to provide a decent recreation of Drone flight, with plenty of customisation for those that delight in depth.