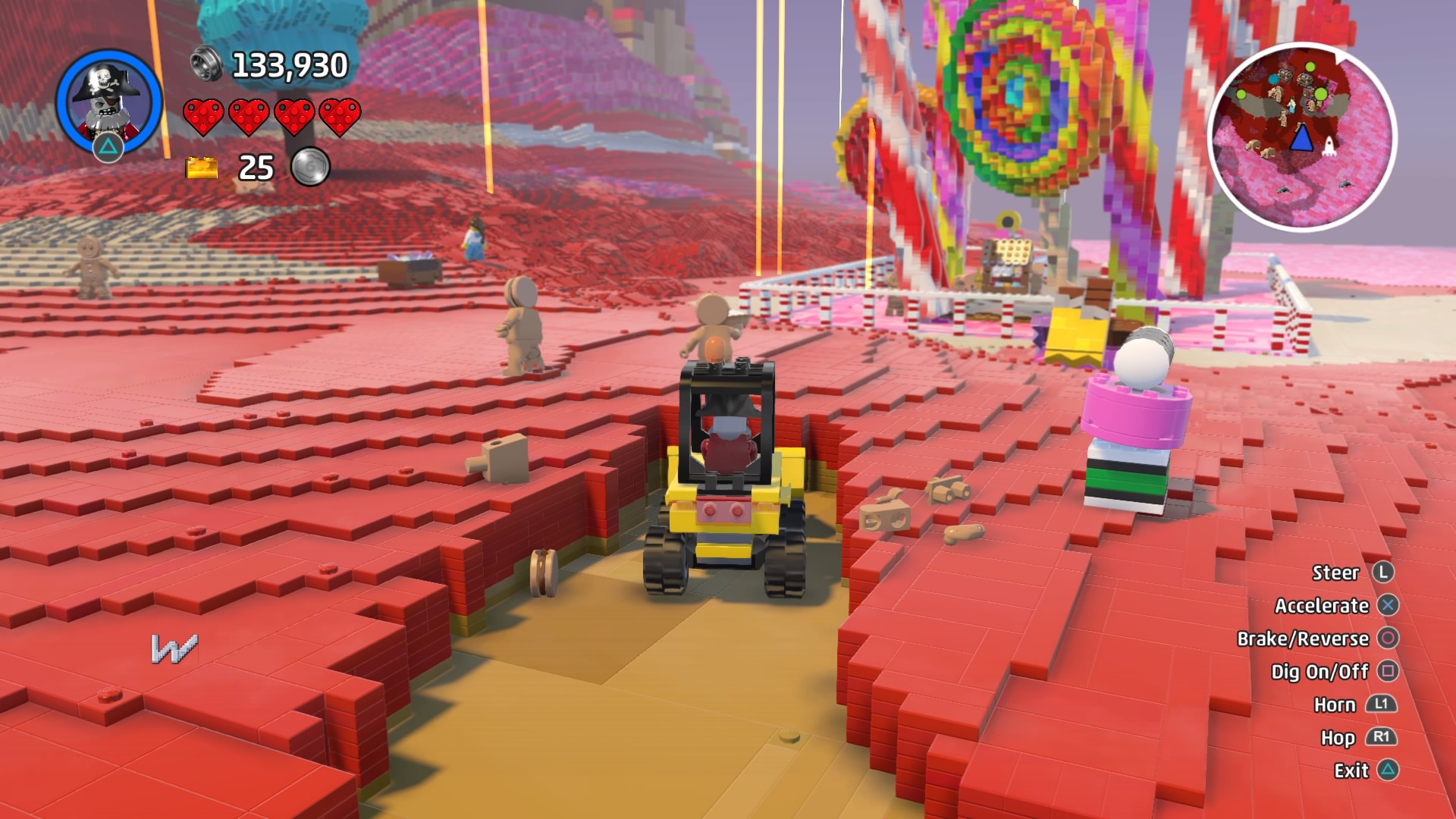 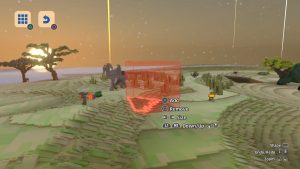 LEGO Worlds is a game about playing with LEGO.  It feels like this is one of those obvious ideas which ought to have been done years ago, and its a little surprising it has taken this long to be realised as a thing.  It has been in early access on the PC since 2015 and is finally now available as a full finished product, making it over to the PlayStation 4 in the process.  While taking obvious cues from Minecraft this is a very different beast and one which needs to be considered in it’s own right.

With no story LEGO Worlds is all about creation and discovery, as such much of this review is going to have to explain the tools available to you to achieve this.  As the title suggests this is a game all about worlds which are randomly generated and vary wildly in environmental types.  Each world will be populated by other LEGO characters, animals, enemies, buildings, hidden caves, mountains, oceans, trees, clouds, sunken cities, race tracks, jungles… you get the idea.  The worlds are really bursting full of things to look at and do.  You can hop between worlds generating a new one whenever you wish. Things start simple though with three basic pre made tutorial worlds which need to be completed to unlock the rest of the game. 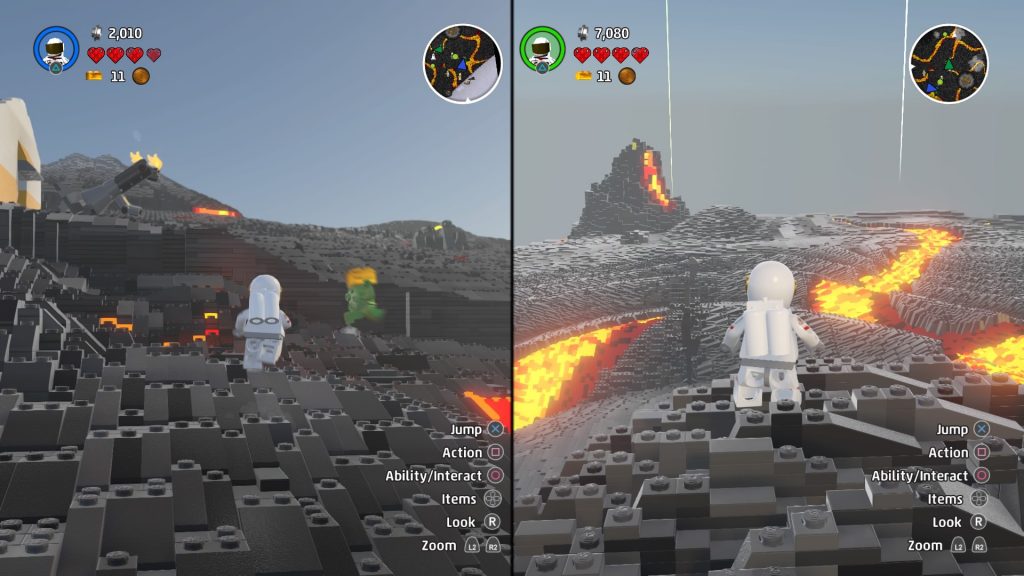 These tutorial worlds introduce the basics of how you’ll go about building stuff, and they work surprisingly well.  Whereas Minecraft demands that you build things with cubes one at a time the creation tools on offer here allow you to shape the landscape in large swathes.  The landscape will deform organically and each hill or valley will consist of hundreds of individual bricks, this gives the worlds a much more rounded and natural look.

Not only can the world be changed on a big scale but you can also build on a brick by brick basis and for me this was the most interesting part of the game.  Building brick by brick is essentially the same as playing with a LEGO set at home, and you have full ability to customise what bricks you use and what material these are made from.  This brick by brick affair allows for proper constructions to be made and these can then be furnished with other LEGO objects.  The only gate to doing this is that new bricks need to be unlocked and then bought with in game currency, I’ll come back to this later. 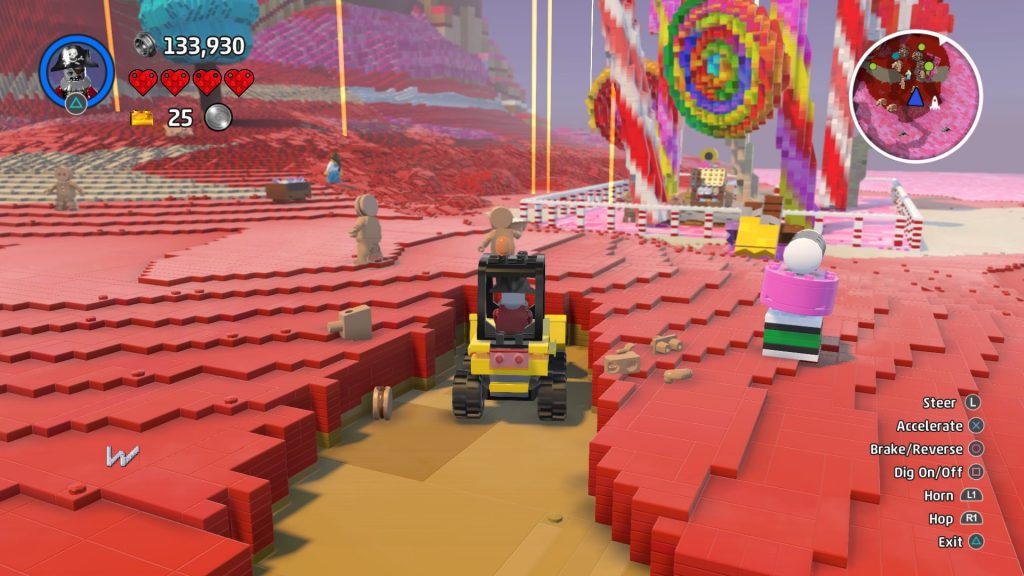 As well as the world deformation tools there are a few more cosmetic style tools at your disposal.  The first is a copy tool which can be used to copy existing structures wholesale, allowing you to save these as a ready made item you can use later.  The second is a paint gun which allows you to quickly paint the world with different colours and textures and the last is a discovery tool which allows you to discover new pre set items to add to your catalogue of LEGO bricks to use later. A lot of the time you’ll be walking round the map cataloguing new items and new structures saving them to your notebook for future use.  This gives each new world a wonderful sense of discovery, although once again the ability of your scanner is gated by quests.

In practice all of these tools handle really well and unlike in Minecraft, where things take time being built one brick at a time, LEGO Worlds gives much more freedom and the ability to truly create on a grand scale in next to no time.  The camera shifts to focus in on what you are building and shows the current brick selection as a shadow.  This view can be rotated or zoomed to get a better angle on your construction.  It’s an elegant solution and one which allows grand 3D structures to be built relatively quickly.  It is not without issues, but these never got in the way of my constructions. The bricks also snap to place with a very intuitive control scheme, which means that if you’ve already laid one row of bricks it is very easy to build another row on top of this.  It all sort of feels like an easy to use design tool, the kind of which you’d use on a PC to build mods.  This design tool is brilliant and really makes creating stuff in LEGO Worlds easy and fun. 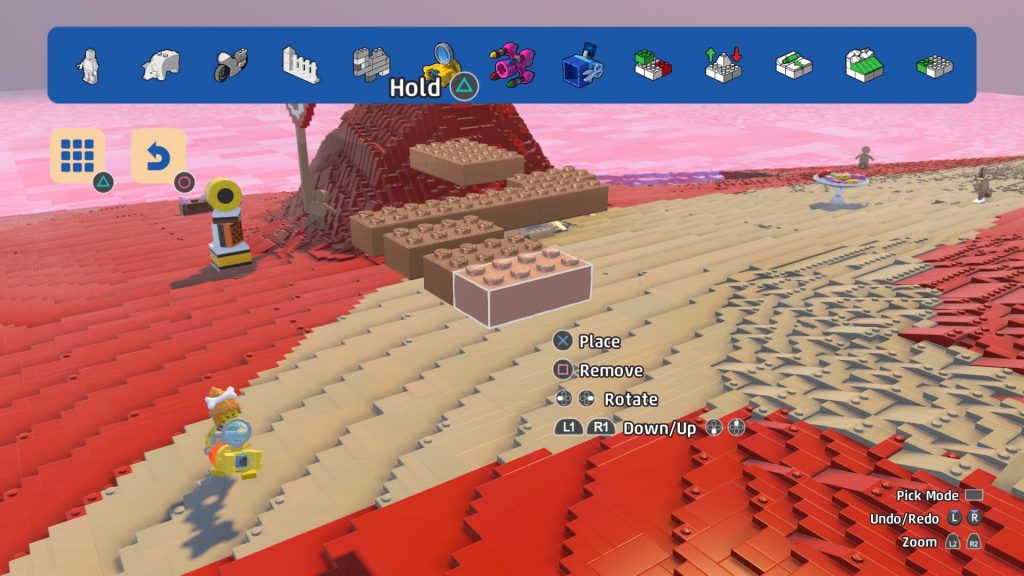 Whilst there may be no story in LEGO Worlds there is sort of guided progression, and this comes back to what I said earlier about the need to unlock new bricks.  Each world you visit will have new LEGO pieces and golden bricks to discover.  The LEGO pieces allow for more complicated buildings to be made and I found it disappointing that all the brick types and tools weren’t available from the start.  Initially there are only a few items to choose from and if you want to build ever more elaborate constructions you’ll need to sink hours into unlocking all the pieces.  The golden bricks act as a more standard levelling up affair and grant further abilities and access to larger worlds.

Most of these bricks are granted as quest rewards, although some could be hidden underground or be held by monsters who need to be defeated.  The quests are all random and are generally things like building a house, creating a bridge or trading certain items.  The wonderful thing about these build quests is that they can be completed in anyway you like, you could  build a basic single room house or you could go all out and create a multi room multi floor mansion its a really flexible system.  The beauty of the random worlds is also that you’ll never get stuck on a quest as you can simply leave the planet and go to a new world to get a new bunch of quests.  These quests are all cut from the same cloth though and repetition does set in after a bit.

LEGO Worlds isn’t wholly without issues, but I found none of these really ruined the game for me.  The camera isn’t amazing in small spaces often getting stuck in scenery and there are some loading time quibbles which mean the larger worlds sometimes need to load if you travel too fast over them.  The inventory system is also very busy, whilst it is laid out in a logical manner the sheer volume of bricks on offer does mean it can be hard to look for a specific item.   I also found that the frame rate can stutter sometimes, particularly on the more busy worlds.  But overall none of these issues ruined my time with the game. 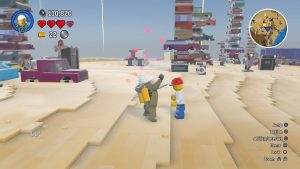 Rounding out the package there is online co-op limited to friends only, offline co-op and the indication there will be loads of DLC to add new characters or vehicles.  This is a game with a lot of content and limited notionally only by your own imagination. The decision to gate most of the bricks and customisable objects is a little annoying but this does add a sense of progression to an otherwise very open game.  The highest praise I can give this is that it feels like a proper LEGO playset.

LEGO Worlds
8 Overall
Pros
+ Its like a LEGO playset for your PlayStation 4 + The sense of exploration and discovery is wonderful + The quests give the game much needed structure
Cons
- The decision to gate progression and bricks is an annoyance - The camera can be troublesome - Suffers from slowdown and loads on the bigger levels - Repetition does set in with the missions after a bit
Summary
LEGO Worlds is a game about playing with LEGO and it works really well. It is very easy to pick up and play and in many ways the enjoyment you'll get out of this game is limited only by your imagination.